How to Leverage Existing Data to Improve Your Conversion Rate

Data; we all have it, but are we all using it? Sadly, no, we are not. After all, you may very well be reading this post because your quotas are not being met and you’ve turned to combing over posts and data driven marketing case studies in an effort to enlighten yourself on just how data can be used to increase your conversion rate.

To begin with, as this post that covers the basics of creating a data-driven marketing strategy explains, whereas marketing used to mean putting up billboards or printing ads on a newspaper, times have changed and modern technology now allows us to know specifics about today’s consumers; specifics that can be used as an advantage when creating a data-backed strategy.

In other words, living in the modern world means that we have a trove of data at our disposal. The best part is that this isn’t just any data, it’s data that comes straight from the people we’re targeting with our marketing efforts: our target audience. For example, whether it’s data stemming from device usage, social interactions or browsing and purchasing behaviors, it’s data based on their personal habits that tells us a story. It tells us what pages they’re visiting the most, the social platforms they prefer, the products they’re buying, and exactly where in the conversion funnel they’re dropping off.

To reiterate, if you’ve ever pondered on the question of how to increase a conversion rate, this post is for you because today we’re going to talk all about data-driven marketing trends and how data is the panacea to all your conversion rate woes.

How Can a Data-Driven Marketing Strategy Help Me with Conversion Rate Optimization?

So, how can a data-driven strategy help you increase conversions? As it happens to be, in a variety of ways. For example, with tools like Google Analytics, you can gain insights like knowing who to target for the highest probability of a conversion, when and where you should be delivering a specific marketing message, and a bunch of other things that all tell you the same thing: how to get more conversions.

Additionally, you can also track product sales and know for a fact which your best and worst performing ones are, that, apart from telling you where you should be diverting most of your marketing budget, also tells you that you should increase inventory for the former and decrease it for the latter. That is to say, by analyzing data, you can identify opportunities and better gauge what you should do in the future. Likewise, with this knowledge you can optimize your overall strategy and decide whether to make certain investments. For example:

To increase your conversion rate, you decide on a tried and true method: paid advertising. At first, you think of splitting your budget evenly between Facebook and Instagram because you know that you should diversify, and those are your most profitable channels. Then you read this article and decide to listen to your data. What does it tell you? It tells you that, even though those two social networks are your most profitable channels, Facebook is taking the lion’s share, with 70%. Should you still split your budget evenly? No, with this knowledge, you now know that one channel is more profitable than the other, so you decide that your paid advertising budget should reflect that.

As you can see, data can help you increase your conversion rate by giving you something concrete on which you can build a strategy; something that can guide your energy and give you the confidence you need to make the hard decisions. 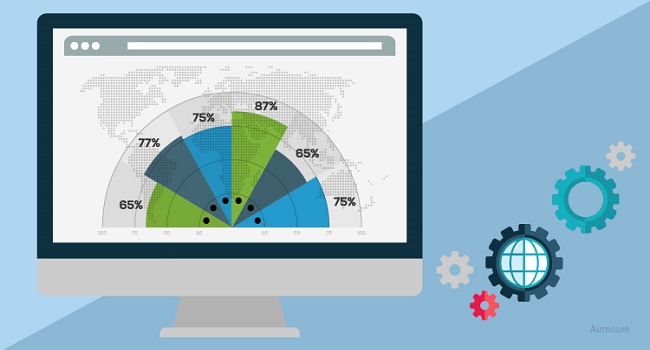 And now we move to the crux of the matter: how to use a data-driven strategy to increase your conversion rate. To do so, you can divide your efforts into three steps:

Even though you can definitely just start collecting as much data as you can with no real plan, it’s not advisable that you do so because you’ll just end up with A LOT of data on your hands and no real idea what to do with it. Instead, you have to begin by setting up goals so you know which data to track and which to leave for another day. Along similar lines, make sure to choose goals that build up on each other—this will make achieving your goals MUCH easier. For example, if you want to increase your conversion rate, this can be your overall goal, but your first goal should be something akin to a first step toward reaching that goal, i.e. increasing click-throughs on your ads.

Step 2: Collecting Data That Will Help You Reach Your Goals

Once you have a set of goals, it’s time to start collecting data so you can reach said goals. Thankfully, because data comes from so many places and sources, such as transactional data, browsing behavior and social media interactions, you’ll most likely have a lot of data to work with. To start collecting it—and get an idea as to what to do with it—you can use the many tools out there. For example, take a look at some tools and what they can be used for:

Step 3: Using That Data to Reach Your Goals

Your third and final step toward reaching your goals with data is to appraise what you’ve learned and create a strategy based on that, which will help you in your journey. For example, if your overall goal was to increase conversions, your smaller goals may have been to increase time on site, increase traffic to your site and increase your paid ads’ CTR:

Keep in mind that the points above comprise a greatly simplified example of how to leverage your data to reach your goals.

Optimizing your conversion rate so it’s as high as it can be seems like a daunting task. While this is undoubtedly true, it doesn’t have to be that hard. After all, if you already have a business, you already have data you can leverage to your advantage. If your worries come from doubt, take solace from this real world example from Progressive that highlights the power of data-driven marketing:

When Progressive launched its mobile app, it was only used to get quotes for its various insurance products. However, when they looked into the data and studied how their users interacted with the app, they found out that a vast majority were interested in buying insurance directly from the app. Therefore, a “buy” feature was added, which accounted for $2 billion in written premiums within a year.

As Pawan Divakarla, Data and Business Analytics Leader at Progressive, later said, “[t]he team recognized its mobile users wanted to do more than simply get information…We said, ‘It looks like, from the data, people are attempting to buy and so we should put buy-related software up there. It was a really big ‘aha’ moment.”

For you, the hope is that, by analyzing your data, you too can reach a big ‘aha’ moment that propels your business forward.

Matthew is a content writer for Aumcore, a digital marketing agency based in NYC that specializes in all things SEO. He writes on a variety of subjects that range from mobile SEO and PPC to emerging technological trends.
View all posts by Matthew Fritschle >