Analysis of Mass Shootings and Gun Ownership in the United States 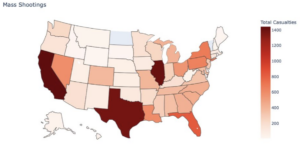 It should come to no one's shock that there is a gun violence crisis in the United States right now. As of July, there had been 372 mass shooting in 2022 and the US had not gone a single week without a mass shooting.

My analysis project focused on two research questions:
1. Is there a relationship between gun ownership and gun violence in the United States?
2. What parts of the United States have been most afflicted with mass shootings?

To begin this analysis, I began my work with two datasets. First, historical data of mass shootings from 1920 to 2022 with a full breakdown of casualties, year, and description. The second data set looked at registered firearms by State in 2019 and 2021.

Before we begin - we should define what is a mass shooting. These are incidents of public firearm violence, in which the shooter claims at least four victims. As we can see from the graph below, there has been a 41,975% increase in mass shootings over the last 100 years. 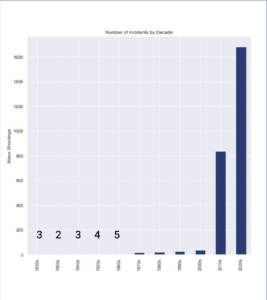 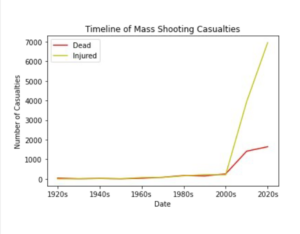 Overall, individuals were 100 times more likely to be injured versus killed in a mass shooting. On average, there are four people injured for every person killed. 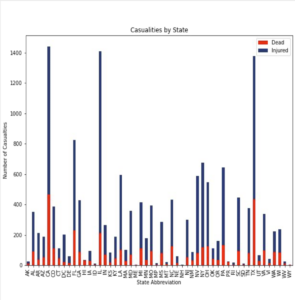 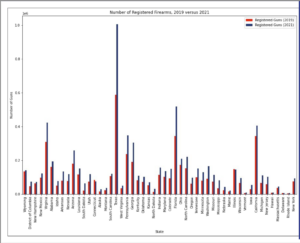 An important thing to remember when seeing these numbers is that these reflect legal and registered firearms. There are only six states which require the registeration of firearms under law. Thus, the majority of guns fly under the radar and remain unregistered. There is an estimated 393 million total firearms in the United States. 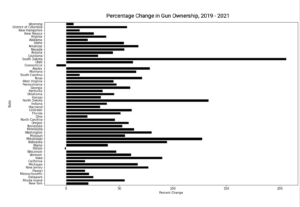 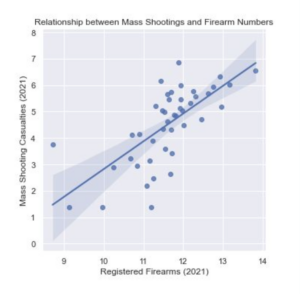 Overall, there appears to be a relationship between number of firearms and risk of gun violence by state. 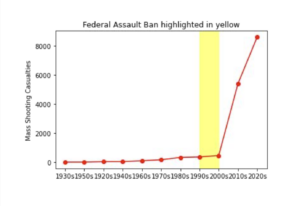 Welcome to my blog! Today I am an innovative and scientifically rigorous data scientist. But before going into data science, I worked in databases and archives for 10 years. I have been responsible for collection databases and using...
View all posts by Natalie Zadrozna >