For more detail on this project, visit the resources linked below:

Digital technologies are rapidly changing the way economies operate. Governments across the world are increasingly prioritizing increasing their citizens' access to digital tools as part of their economic development plans. This is particularly true in developing countries — for instance, in Kenya (where I am from) the government intends to make the country “a nation where every citizen, enterprise, and organization has digital access and the capability to participate in the digital economy”.

However, for governments to efficiently invest in digital infrastructure, they need to understand their citizens’ current levels of connectivity. Kenya's most recent 2019 census surveyed the population’s mobile phone ownership and internet usage. In this project, we examine this data to understand the level of digital connectivity in Kenya.

Research Questions:  Using R and the Shiny library I investigated the following questions:

Note: * For this project, “digitally connected” was defined as owning a mobile phone and/or internet usage.

We visualized mobile phone ownership and internet use across Kenyan counties using chloropleth maps built using the leaflet package in R. (To view the interactive charts, visit the Shiny App linked at the top of this post). Below are some of the takeaways: 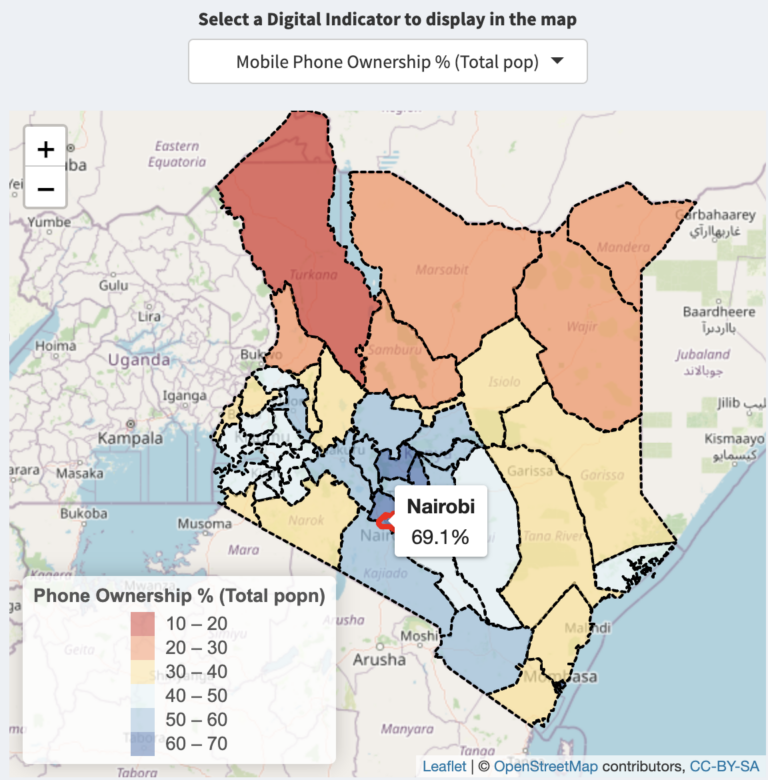 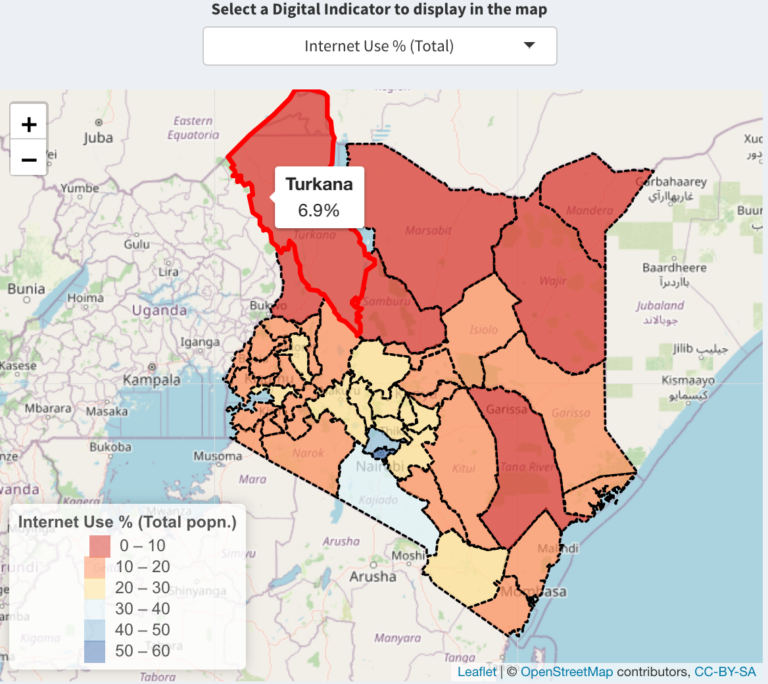 The relationship between phone ownership, internet use, and population size 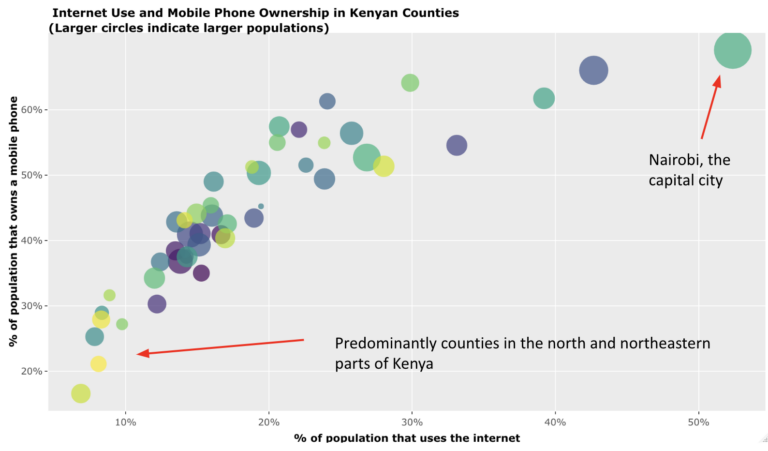 At the national level, men tended to have marginally higher access to mobile phones and internet than women. However, when we examine the connectivity data at a county level, we see a larger digital divide between the genders. 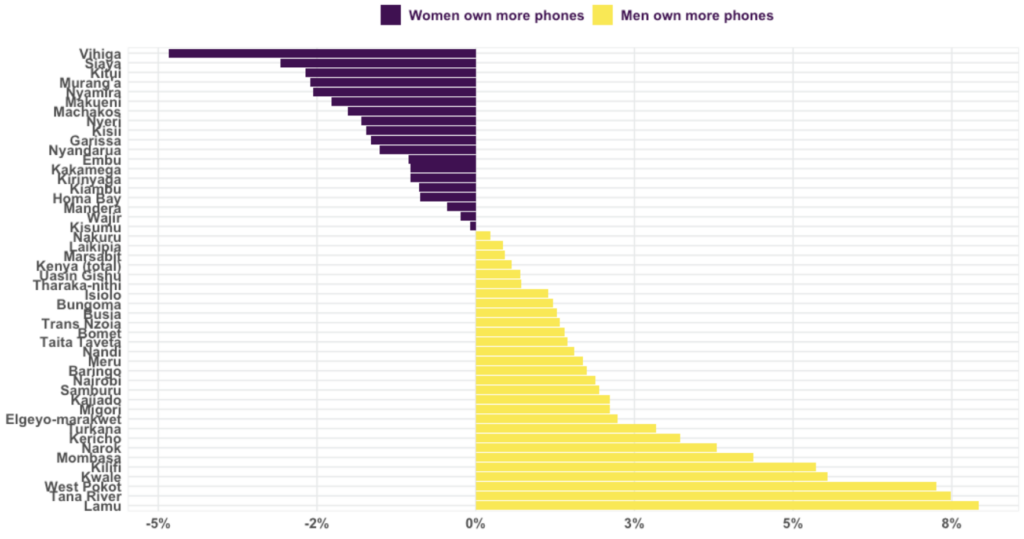 In the bar chart above, we observe that a higher proportion of men owned phones in 29 out of 47 (61%) of counties. In some places, men's phone ownership rate was 8% higher than that of women. The inequality in internet usage was even starker - men reported using the internet more than women in every single county.

Mobile phone ownership in areas where agriculture is practiced

Agriculture is one of the most important drivers of Kenya's economy, contributing approximately 33% to the country's GDP and employing approx. 60% of the population (World Bank). Digital agricultural services ( e.g. financial services, agricultural advisory, market access) are increasingly being used to boost the sector's productivity, with Kenya at the forefront in Africa. 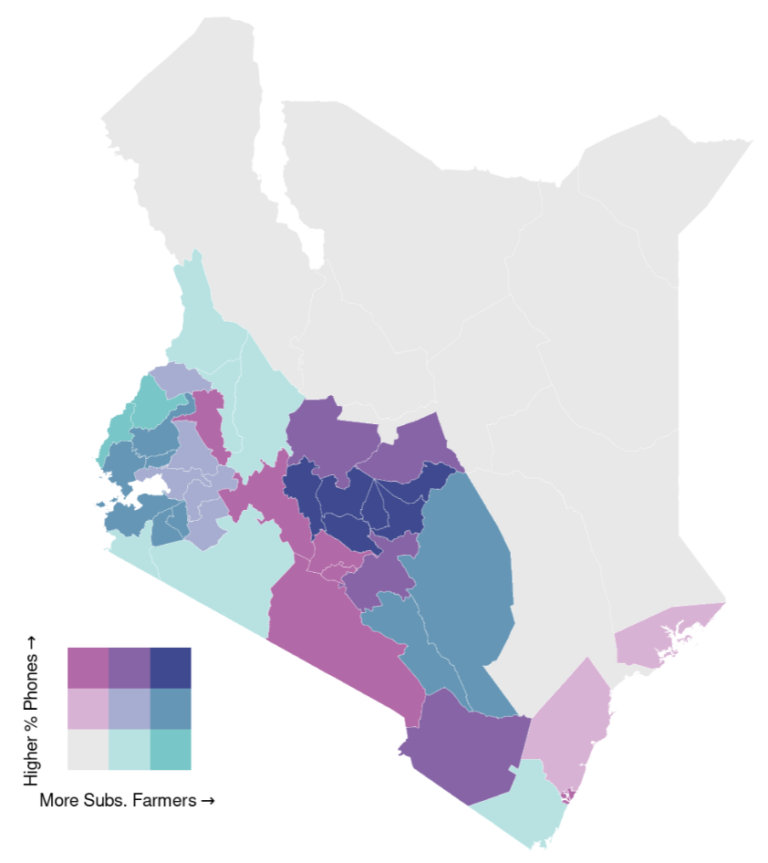 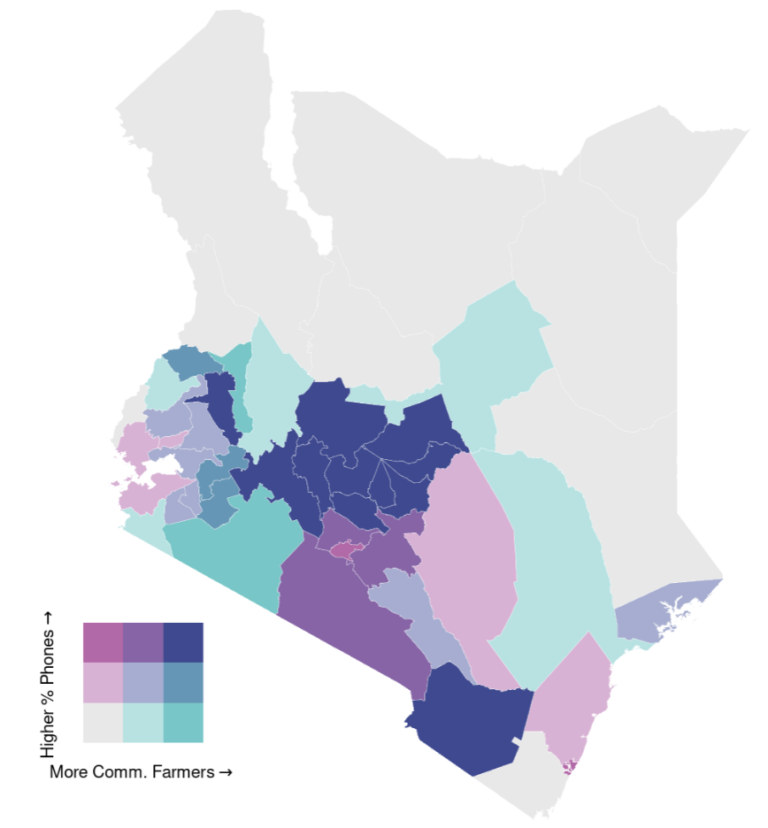 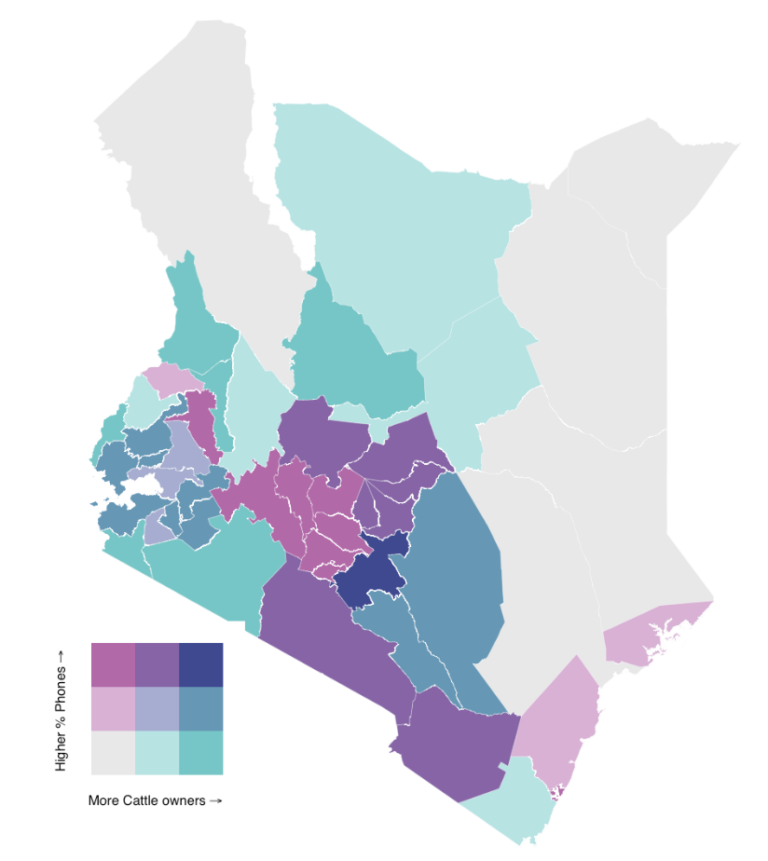 Cattle rearing is prevalent in the northern areas of the country, where phone ownership is low. This highlights the lack of digital infrastructure in these regions relative to other parts of the country.

What have we learned?

Data-driven global development professional currently working with an amazing team at One Acre Fund to build strategic partnerships that revolutionize smallholder agriculture in Africa. I thrive at the nexus of digital technology, data analytics, and people.
View all posts by Jeremy Osir >