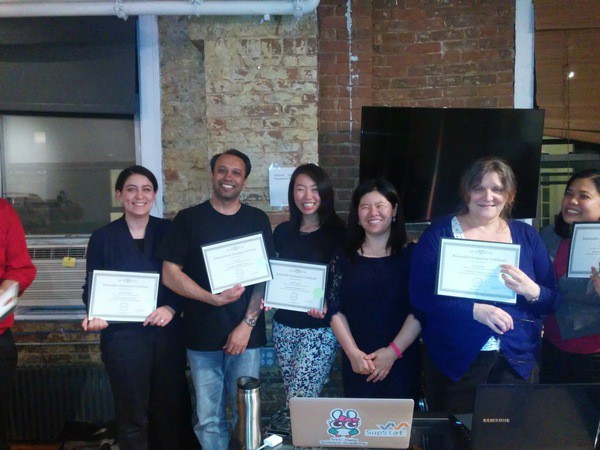 This was a series of final presentations by students of Introduction to Statistical Programming in R class by Vivian Zhang. The students had to present their final work to the audience which consisted of other students and members of NY Open Data group. Each presentation highlighted the problem that was under consideration, the code created to solve it and the visualization of results mostly by using tree maps. The instructor (Vivian) introduced her students and their presentations, after which a student would present and tale questions.

Students and their projects:

Jiten presented his project about south park episode popularity analysis. He retrieved the data from IMDB and Twitter, and used the combined data for the further investigation.

Akiko scraped data from the website and did the wondful tree maps.

Marifel: Why you should stop eating at your favorite restaurant?

Janet: A study of bars in NYC

View all posts by Editor >