Netflix: Are You Still Watching?

For this project, I decided to analyze a data set of Netflix Movie and TV show Titles to see what common trends have occurred over the years. Netflix is one of the biggest video streaming services on the planet with over 7,787 pieces of content on their platform at the time of this data set's collection. With its start as a DVD rental platform, Netflix has risen to make a huge name for itself announcing in 2019 that they had signed on 135 million paid customers worldwide. A huge factor to their success is the underlying use of Big Data. By gathering information from practically every customer interaction, Netflix is able to get access to the minds of their viewers and recommend what they would like to watch next before they even finish their current movie or show. In this analysis, I wanted to examine the addition of content to Netflix in search for trends and similarities from all regions of Netflix' reach over the world.

This data set was acquired from Kaggle and included many different variables to analyze from. Along with the titles of movies and tv shows, some of the other inputs were: Director, Cast, Date Added, Release Year, Description, Duration, etc. Using these variables I was able to create visualizations for a number of different observations. 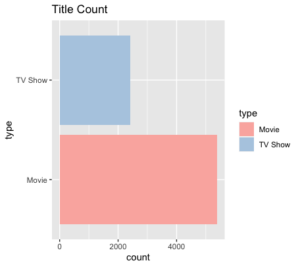 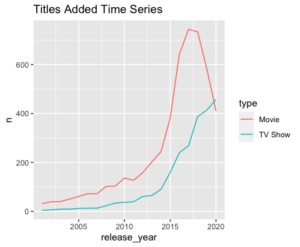 From these charts, we can see that movie titles are more dominant on Netflix over tv shows. As we approach 2020 though, movie titles come down and tv shows spike up. Why might this be? One plausible explanation could be the pandemic that entered our doorsteps at the start of 2020. Another reason could be the prevalence of Netflix Original Series. With the expansion of tv shows produced by Netflix demand for movies could be in recession. 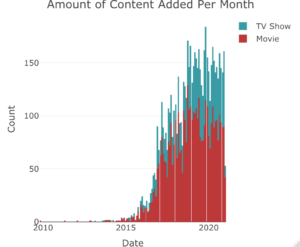 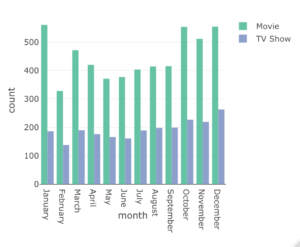 These two charts show us the number of content added every month from 2010 to 2020 as well as the amount of titles add per month on average. As you can see, February has the least amount of content added, where as October has the most. 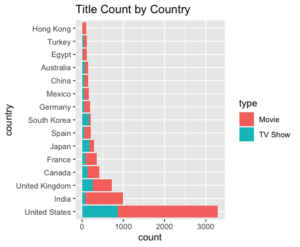 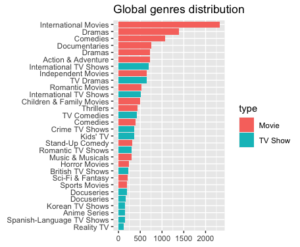 United States holds the top spot for most content available on Netflix. Although that's true, it's interesting to note that International Movies and TV shows seem to dominate by genre. What you don't see in these charts are the other countries outside the top 15. This is a probable reason behind this occurrence. 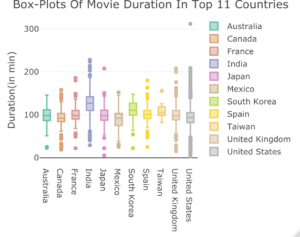 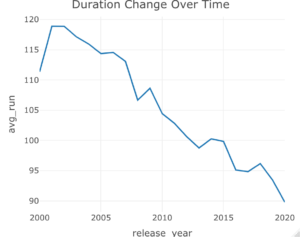 In this box plot, we can see the duration of a movie plays out in each of the top 11 countries. Whats interesting to note is the decline in duration on average over the years, from 119 minutes in 2001 to 90 minutes in 2020. 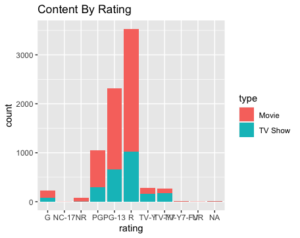 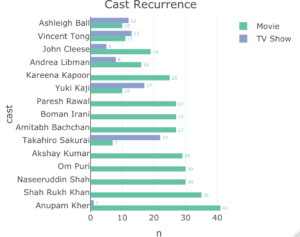 In these charts we see population of titles by rating and cast recurrence by titles. R rated movies and Bollywood actors seem to be in high demand. 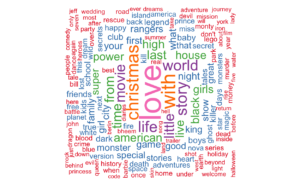 A word cloud of the most recurring words in Netflix Titles.

There are numerous ways we can see how big data analysis plays a role in the way Netflix programs its user experience. By continuing to collect this data from users, Netflix can continue to find success as it grows bigger each year. Netflix is a worldwide business. Knowing what to add to whichever region of the globe is crucial in the way Netflix continues to grow its user base. With the continued updating of this data set, we can see the rising and falling trends that happen every so often as well as in what region and by doing so we can witness the awe that is the success of Netflix.