Funded or Failure? Predicting whether a Kickstarter project will succeed

Have you ever had a creative project in mind but lacked the funds to bring it to life?

Maybe you want to publish a cookbook, film a documentary, or release an album.  With the growing popularity of crowd-funding sites, that idea doesn't have to be a daydream.  Kickstarter has grown into one of the most popular crowd-funding platforms on the web since its inception in 2009.  Over 140,000 projects have been funded thanks to the patronage of millions of Kickstarter backers.  From smart watches to card games about combustible felines, Kickstarter has actualized projects that have impacted technology, design, and pop culture.

So you have your idea, and you are ready to deploy your Kickstarter page...

Not to deter you, but only about 36% of projects get funded.  So what is the magic formula to get your project fully funded?  What factors effect whether a project succeeds or fails?  This dataset, provided by Kaggle, can give us insight into Kickstarter projects launched between 2009 and 2018...

(Follow along on my RShiny App here; see my code on GitHub here) 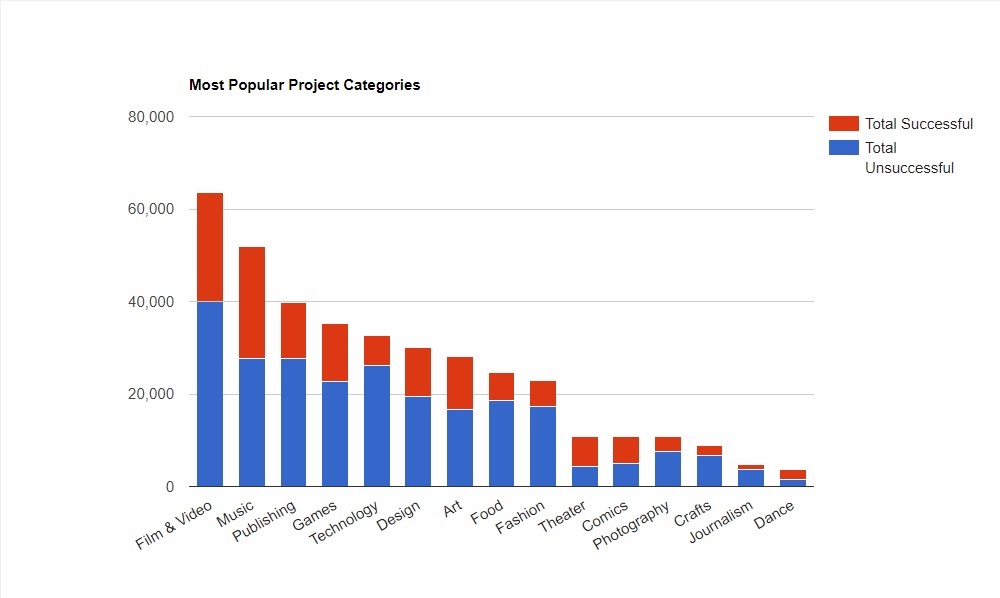 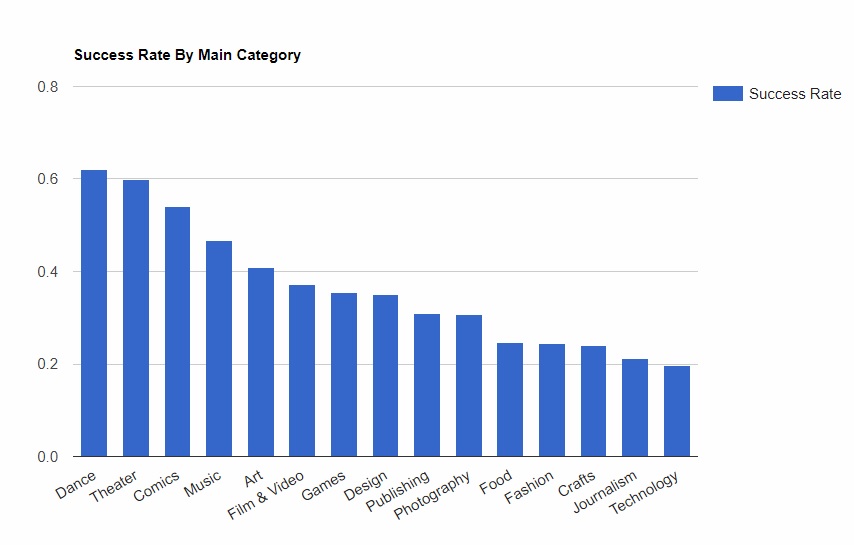 Here we see "Film & Video" projects are the most popular projects on Kickstarter; however, they do not have the highest success rate.  If you are looking to bump up your chance of success, consider a dance, theater, comic, or music project.  If your planning a tech project take heed:  With a success rate of only 20%, technology projects are the most difficult to execute.  Why is it so hard to fund a tech project? 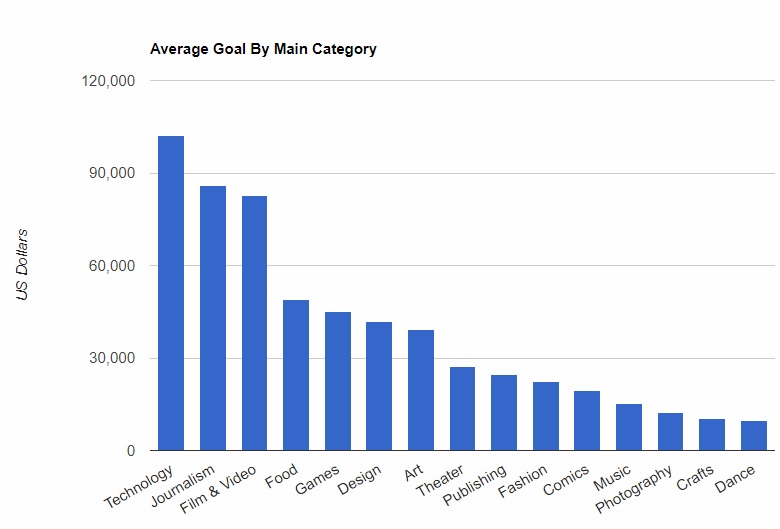 Well, on average, technology project have higher funding goals than other categories.  Good luck raising $150,000 to launch that smart watch!

Can we predict the outcome of a project before it is launched?

Before investing hours to project preparation and press buzz, wouldn't it be nice to know if your idea even stands a chance of being funded?

Turns out we can use machine learning to do just this.

In the next steps, I train a Support Vector Machine model (with a radial kernel) on a randomized subset of the data to handle this task.  I included two new features (season launched and project duration) to the dataset that I created using feature extraction:

My final list of features used to train my SVM model were: Main category, subcategory, the project goal (in USD), the country where the project is based, the duration of the project in days, and the season when the project was launched.

Checking the Receiver Operating Characteristic (ROC) Are Under Curve (AUC)

With the model trained, we apply it to the test set and evaluate how the model performs.

Let’s see the area under curve for our model: 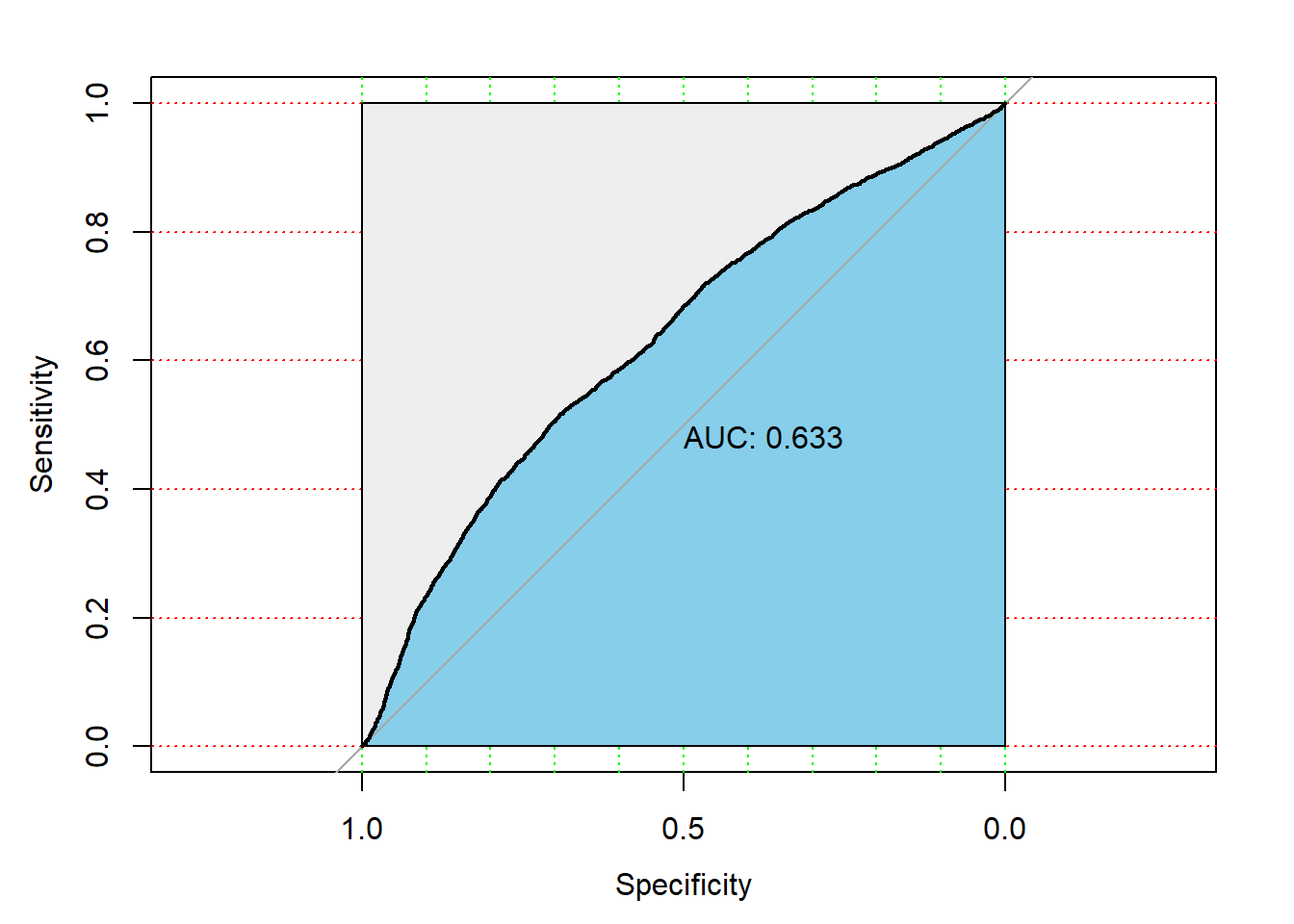 Our AUC is about 63%.  AUCs greater than 0.5 tell us our model is predicting better than just a random guess. However, an AUC of 0.63 leaves much in the way of model improvements.  Although we can't determine project outcomes with utmost certainty, we are definitely on the right track!  We will need more data and better feature engineering in order to improve the accuracy of our model.

Taino Pacheco holds a master's degree in Biomolecular Science from Central Connecticut State University and is an alumni of the NYC Data Science Academy.
View all posts by Taino Pacheco >