The U.S. Department of Commerce announced that 5.5 million international visitors traveled to the United States in January 2016, a one percent increase over January 2015. January 2016 registered the fifth straight month of increases in total U.S. visits.

People from all parts of the world travel to United States for various purposes. I created a shiny app to visualize the United States Travel and Tourism Industry with respect to international travelers. This web-based shiny app allows you to easily visualize and analyze international U.S. travel statistics in the following categories.

Did you know that Miami holds the first rank in top entry port for international travelers or ratio of Indians traveling for business and tour is almost 1:1. These are some of the many insights found by analyzing the United States Travel and Tourism data

Monthly international visitation data are collected and reported from the National Travel and Tourism Office(NTTO). NTTO is the only source for this information. All other government agencies or private sector organizations who may report visitation to the United States have obtained this information from NTTO.

Each month NTTO processes and reports arrivals in the "Summary of International Travel To The United States" report. For analysis, we analyze January 2016 data.

In January 2016, the top 20 inbound visitor markets accounted for 88 percent of all international arrivals to the United States. China ranks number one followed by Japan, United States, Brazil and South Korea. The graph is excluding Mexico and Canada.

On comparing Mexico and Canada, Mexicans travel more than Canadians but the difference is small. The reason for not comparing with the top 20 countries is because these two countries have higher scale on number of travelers. 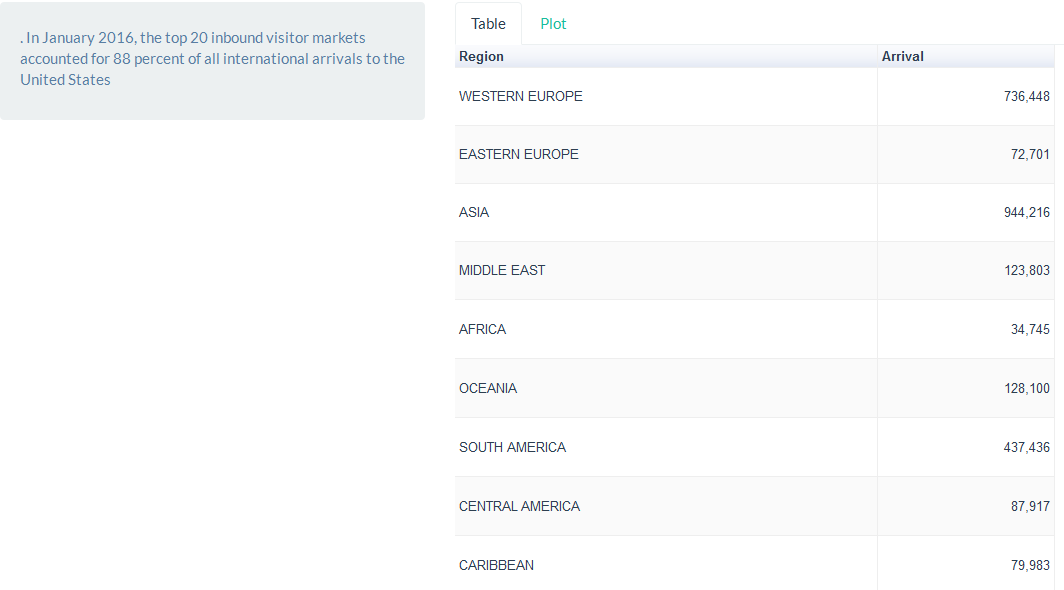 Asia and Western Europe are the major contributors accounting for 65.5%. Africa holds the lowest count with just 34.745.

This is one of the interesting visualization. Japan contributes heavily on United States tourism industry with more people traveling for sight seeing and touring. Look at Peru, people doesn't visit much for business, even Argentina, Costa Rica, Chile and Venezuela follow the same trend. Indians have almost 1:1 ratio for business vs tour with Germany having second best ratio of equal split. 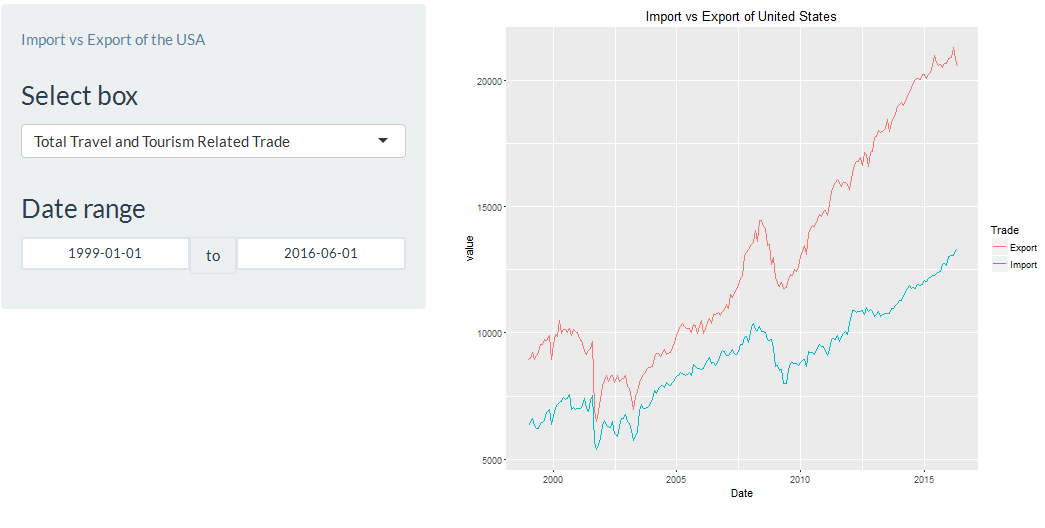 The Import and Export related to international visitation is on the rise from 2004. Export is always higher than import and the difference between import and export is increasing year after year. This is a healthy symptom that the tourism industry is very good. 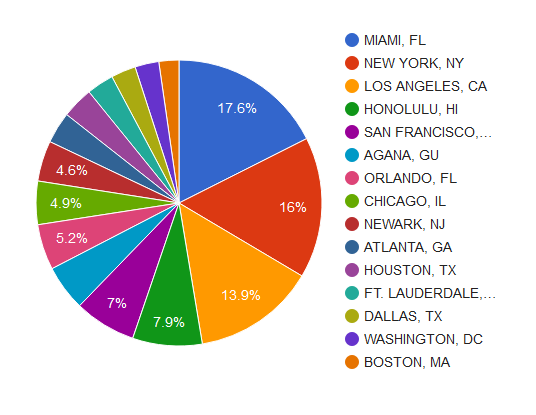 The top three ports of entry (Miami, New York JFK and Los Angeles) accounted for 41 percent of all overseas arrivals. The reason for Miami being number one is because the number of travelers from mexico is large and the most people travel to United States for sight seeing and Miami is one of the hot tourist attractions. The reason is same for Agana, Guam featuring in top 20 ports.

View all posts by Venkatesh Subramaniam >