How healthy is your neighborhood?

Within an American city, the health of its citizens can vary from one block to the next. I used a dataset from the Center for Disease Control and Prevention (CDC) to visualize this difference between neighborhoods across five hundred cities in the United States. This project analyzed data from the annual core questions from the Behavioral Risk Factor Surveillance System (BRFSS) and used these in combination with census data to calculate small area estimates within neighborhoods of American cities.

The project covers five hundred American cities which involved around 100 million citizens, or about 33.4% of the population. The 27 chronic disease measures within this dataset were split into three categories: unhealthy behaviors, preventative measures, and health outcomes. For each measure, the dataset included crude prevalence with 95% confidence intervals. At the citywide level, the age-adjusted prevalence was also given, in which the prevalence that would have existed in a standard population’s distribution of old and young people was calculated.

See the full list of measures in the table below:

I decided to visualize this dataset at three scales: statewide, city-wide, and within cities.

On the statewide tab a user could compare two health measures across all the states within the U.S. and see the correlation between those two measures. This would allow a user to compare, for example, unhealthy behaviors with health outcomes. In the example below, I chose “Sleeping less than 7 hours among adults aged >=18 Years” and “Mental health not good for >=14 days among adults aged >=18 Years,” which has a Pearson correlation coefficient of 0.83. 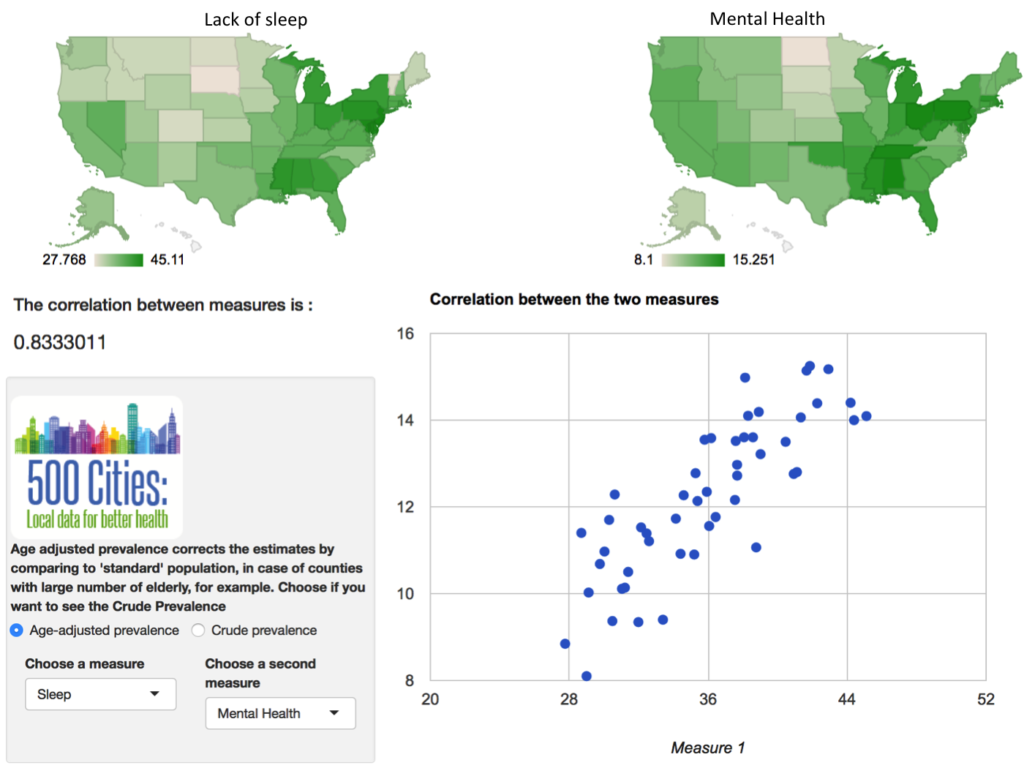 Comparing states and their cities

As one might expect, most cities in New York state have a higher prevalence of “no leisure-time physical activity” than the U.S. as a whole, while cities in Colorado fall below the U.S. average. This makes sense, considering all the outdoor activities that are a common part of the culture within Colorado state.

On the last tab, I created an interactive map that made use of the most important part of this dataset: the small area estimates for regions within cities. The circle markers on this map have a radius proportional to the population of the census tract area where they are placed, and a color red, orange, yellow, or green corresponding to quartiles of the U.S. overall within that measure. 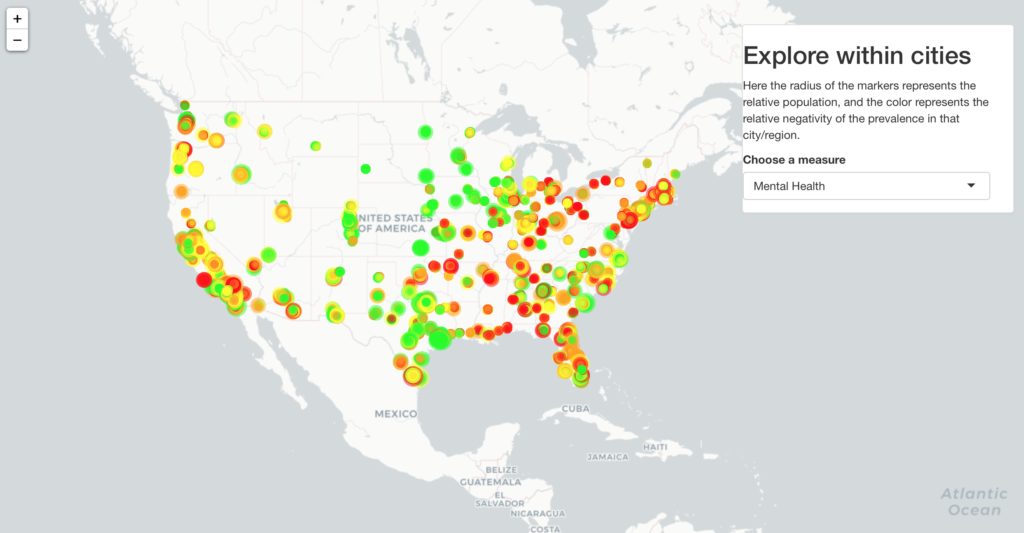 One can zoom in to one city, clicking on a circle to get more information like the exact prevalence, the confidence interval, and the population: 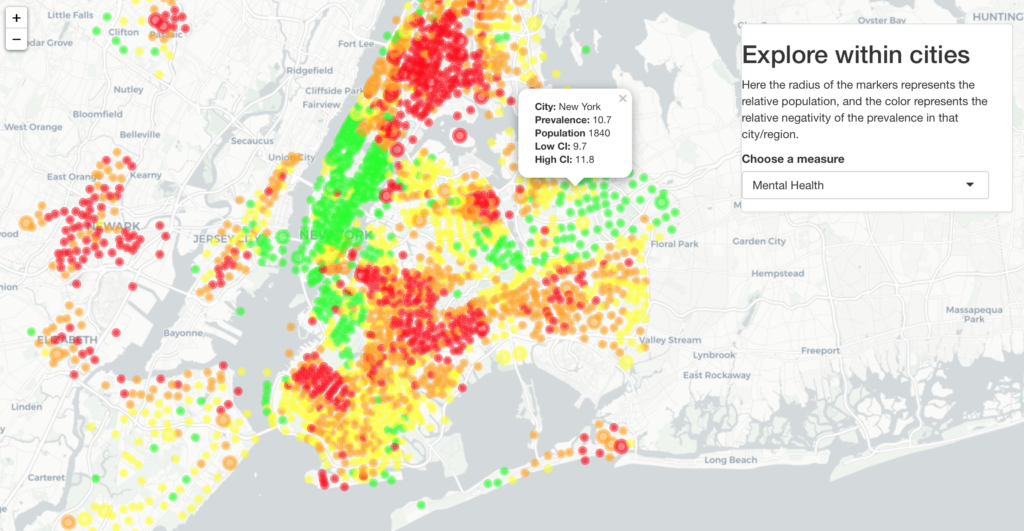 This interactive map makes use of the most innovative part of the dataset: the small area estimates that scale down to the size of census tracts. This would allow policy makers and city officials to determine where improved health services may be needed on the level of very specific neighborhoods.

I think the ideal implementation of this visualization would have involved a correlation between two measures inside an interactive map, somehow combining the first and third tabs. This would allow users to see exactly how certain unhealthy behaviors or preventative measures might correlate with health outcomes to determine which preventative measures or health programs might be best used, and exactly where.