Analysis of TV Series and Networks

Metacritic is considered a popular source of aggregated reviews on different forms of media. I used Scrapy to scrape their reviews on television series having aired as far back as 1989 and ranging in various genres. The purpose of this is to find and analyze patterns of shows and ultimately the networks that invest in them. These patterns which can be implemented to contribute to other shows and a network’s success.

Starting this project, there were three main questions I wanted to answer:

IS THERE A PATTERN AMONG POPULAR TELEVISION SHOWS?

I decided to put a quantifiable description of “popular”. I went with those that have had at least 5 seasons because with the fast turn-over of series; if one is not making money, networks have no reservations cutting the show knowing they can easily replace that time slot. 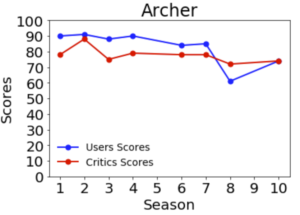 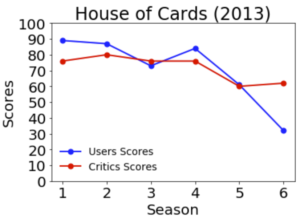 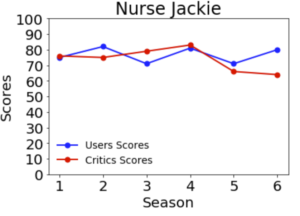 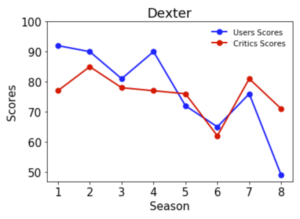 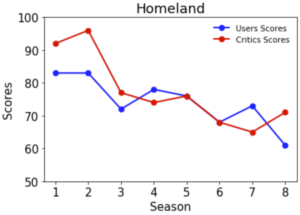 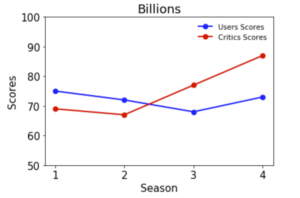 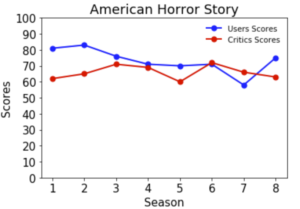 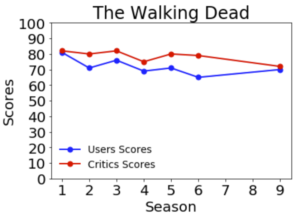 One of the striking patterns  in these examples is the slump from season 2 to season 3 and sometimes season 1 to season 2. It doesn’t matter if the professional critics think that the season was actually better, it still falls short in meeting the expectations of the collective viewers.

Another interesting pattern after this slump is what I call “redemption season” where the show seems to listen to the viewers and somehow give them what they want. There are a number of factors that contribute to this, one of which is the fact that the people’s expectation of the series is normalizing and their overall opinion on the series is normalized.

There are exceptions to the terrible two’s and three’s; some examples I found were the following: 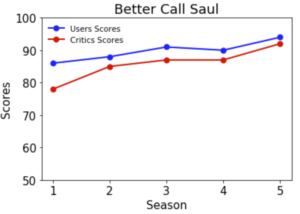 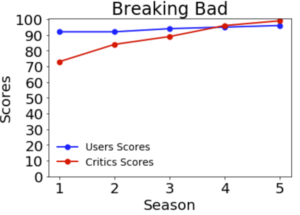 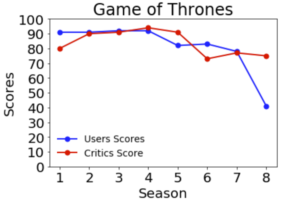 One of the things that these shows have in common is the fact that they are controlled. They do not follow the conventional pattern of tv series of at least 15 episodes a season and the seasons premiering at the same month every year. I can deduce that they apply “quality over quantity” rule when producing episodes. Much to the audience’ frustrations that these shows take too long to air again, they are also left longing and anticipating for the what happens next.

This works in the shows’ favor because not only are they able to properly come up with quality content, they are also able to keep the audience’ attention by being unpredictable.

IS THERE A PATTERN AMONG POPULAR NETWORKS IN TERMS OF THE SHOWS THAT THEY ACQUIRE OR INVEST IN?

With the rise in popularity of streaming services, I found it essential to see if some services or networks favor a particular genre which will make them standout to the customers who subscribe to them. Is one more interested in Drama rather than Action and Adventures? Or maybe they have a good diversity in terms of the genres to be able to care to more people who are not particularly drawn to one genre more than the other.

I chose to go with networks we are almost all familiar with along with some up and coming streaming websites who may one day become a staple in our smart tv’s. 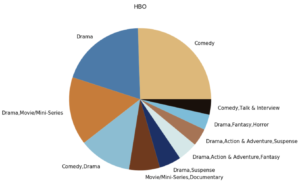 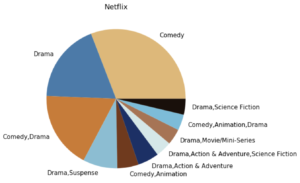 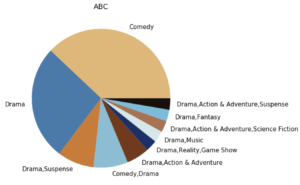 When in doubt, Laugh.

It’s easy to see that across the board all the popular networks have a healthy collection of comedy. HBO Netflix, NBC, and ABC are all almost identical in their spread of popular genres, Comedy and Drama being at the top. This pattern also followed by seemingly young streaming services such as Apple TV+ and Amazon Prime. Though they only have a number of shows airing, they still follow the same pattern of prioritizing comedy and drama over everything else.

This type of analysis can be useful for producers in planning out their series. Quality content is still preferred over exposure of the series. I can see how it might be tempting to churn out episode after episode and hope that some of them garner enough viewers to keep it running. But if this is done at the expense of the story line, then it might be detrimental to the reputation of the series and lose the interested fans your have already garnered.

If the conventional format is imperative to the series then the producers will have to be extra careful of the terrible two’s and three’s and make sure they are able to pay closer attention to the story line then. Maybe keep the redemption season flexible to add adjustments of viewers’ reactions and opinions. That way, the show can bounce back from their slump and regain the viewers they’ve lost

With the general demographic of these shows slowly switching to streaming services vs cable. There is also pressure on many networks to put up streaming services of their own. This means a repackaging of their shows in such a way that subscribers feel they are getting the best deal in terms of the quality and diversity of shows.

This is where this type of analysis can be useful when choosing their shows and how to acquire new ones. If older networks like NBC and HBO can follow their already successful plan and just migrate to a different platform, then that can prove to be profitable for them. Younger shows like Amazon Prime and Apple TV+ have already started well by following this distribution of genres. It may be beneficial for them that there were other networks who have tried and tested this pattern before they invest significant capital in their transition to online streaming services.

View all posts by Catherine Tang >