Automated Driving: How Will it Affect Me?

Automated driving is coming, and it will affect you

Google, Tesla, and other automakers such as BMW, Daimler-Mercedes, and General Motors are all presenting visions of a future where most or all of the responsibilities and tasks of driving are no longer yours. A big benefit of automated driving will be an anticipated reduction in fatal motor vehicle accidents. On the other side of the coin, the millions of people who work in transportation-related industries could be affected by the shift to autonomous driving. The Shiny app discussed in this article will help you explore how automated driving could affect you. The data is from 2014 and comes from the NHTSA and BLS. It can be found here and here. 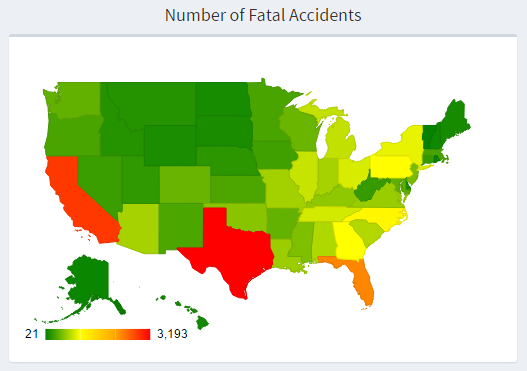 Death due to unintentional injuries, a subset of which is motor vehicle accidents, is among the leading causes of death in the United States. The distribution amongst states is unequal, with the most by far occurring in Texas and California, with Florida not far behind. This might not be surprising given the populations of those three states, but if the absolute number of accidents were lowered by autonomous driving, these states have the potential to feel the greatest relief. The 'Number of Accidents' tab in the app allows you to explore the absolute number of fatal accidents per state. 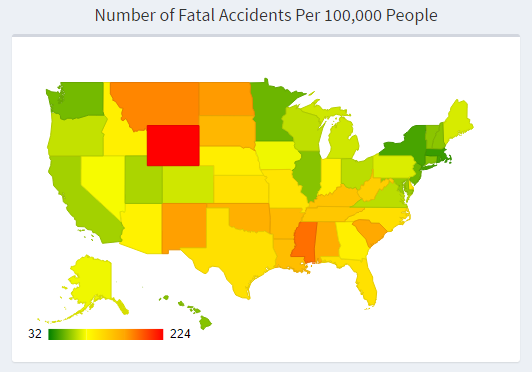 Streets such as Colfax Ave. in Denver show a trend of fatal accidents 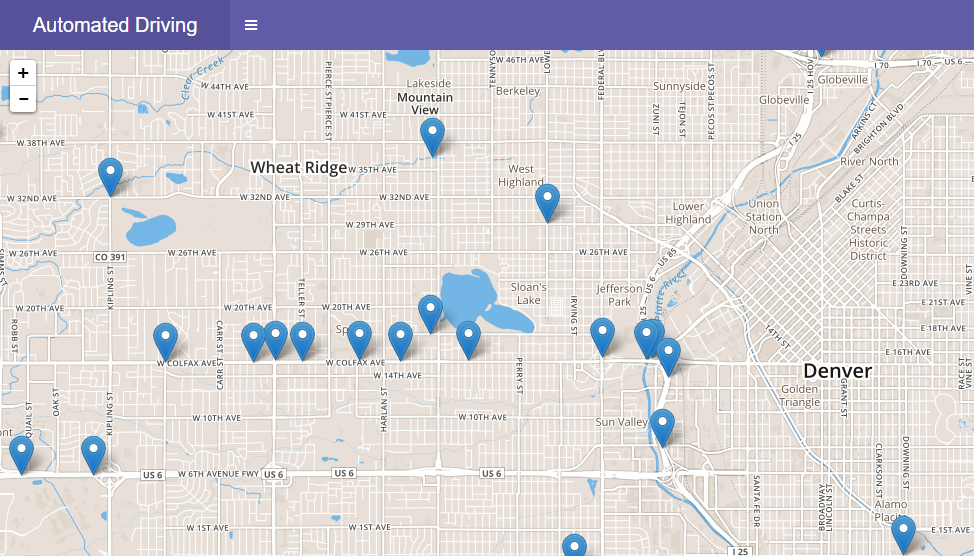 By using the app to explore your area, you may uncover places or streets with quite a few fatal accidents. One such road is Colfax Ave. in Denver, Colorado. It is depicted in the image above and had ten fatal accidents along it in 2014 alone. Other such locales of interest are Eisenhower Expressway in Chicago and the Long Beach Freeway in Los Angeles. Use the interactive map on the 'Accident Locations' tab to investigate these locales and the area near you.

Go out early, but not too early! And best while everyone is working 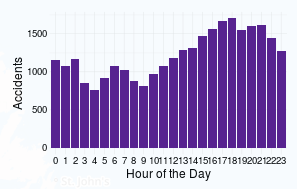 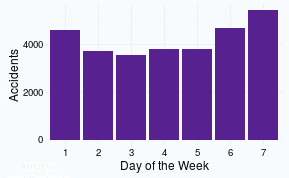 When viewing a bar chart of the number of fatal accidents by time of day, one thing becomes clear: go out early! But not too early. The number of accidents declines from midnight to 4am, increases during the morning rush hour until another local minimum at 9am, and then increases throughout the day until the dinnertime lull at 6pm. So avoid rush hour if you can, and get your shopping done when the stores open in the morning. A bar chart for the number of accidents by days of the week shows a similar trend: fewer fatal accidents occur during Monday to Thursday. The number 1 on the graph represents Sunday.

States like North Dakota, which have a relatively low fatal accident rate but has a high rate of transportation-related jobs might benefit least from a shift to automated driving. The number of transportation jobs and jobs per 100 people per state can be viewed in 'Transportation Data' tab of the app. 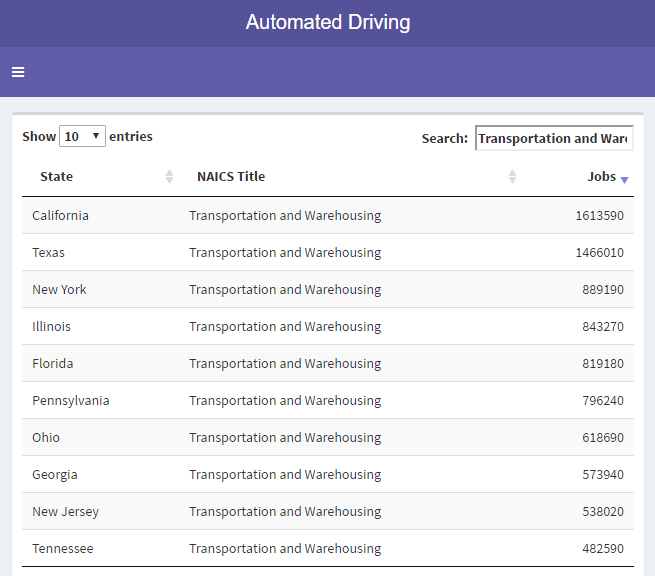 One particular fact that jumps out of the transportation jobs data is that the category of 'Transportation and Warehousing' is at the top of the list of transportation jobs for many states, including those shown here. California and Texas alone have over 3M jobs in this sector which could be affected not only by autonomous driving but by the automation of warehouses, storage facilities, and industrial production. These kinds of numbers will demand action from society as a whole, which is why even if you don't drive, automated driving will still affect you.

Automated driving is likely to affect you or those you know either through a reduction in fatal traffic accidents or a shift in jobs in the transportation industry. A Shiny app helps you to explore how these factors might affect the areas where you live and work and find answers for yourself.

You can find the code for the app on Github