Scientific Facts: What are El Niño and La Niña ?

The five weather variables between 1980-2015 are averaged from three months of each season. The averaged anomalies for each variable were calculated by subtracting the long-term averaged data from each single year. In order to better summarize the weather anomalies, two typical regions: Eastern U.S. (25-45o N, 65-85 o W) and Western U.S. (30-50 o N, 115-125 o W) were divided and studied separately. The two winters, which correspond two extreme El Niño and La Niña effect years respectively from 1988-1989 and 1997-1998 were highlighted for analyzing and map visualization.

The time series plots demonstrate anomalies of the selected variables. It seems El Niño is usually associated with higher temperature, greater rainfall and higher vegetation transpiration activity, while La Niña shows opposite trends. The other two variables snow cover and soil wetness are lagged to respond to the aforementioned variables, probably due to contributions from other factors, e.g., air pressure. 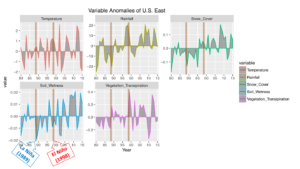 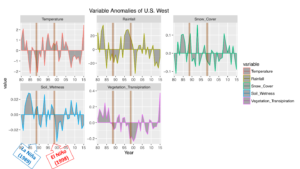 b. Analysis of spatial distribution pattern

By analyzing the spatial distribution pattern of the variables in the El Niño affected winter of 1997-1998, we may know that for the temperature, Central West and Northeastern U.S. experienced abnormally high temperature ranging 4-8 oC, while 2 oC lower from normal record in Central Mexico. Great precipitation occurred in California and Southern and Eastern U.S., which was up to 50-200 kg/m2 higher than normal especially in Northern California and Florida. The snow cover map shows in New England region is a bit higher than normal. Southeast U.S. and Texas are observed of higher vegetation transpiration activities than usual from the map. 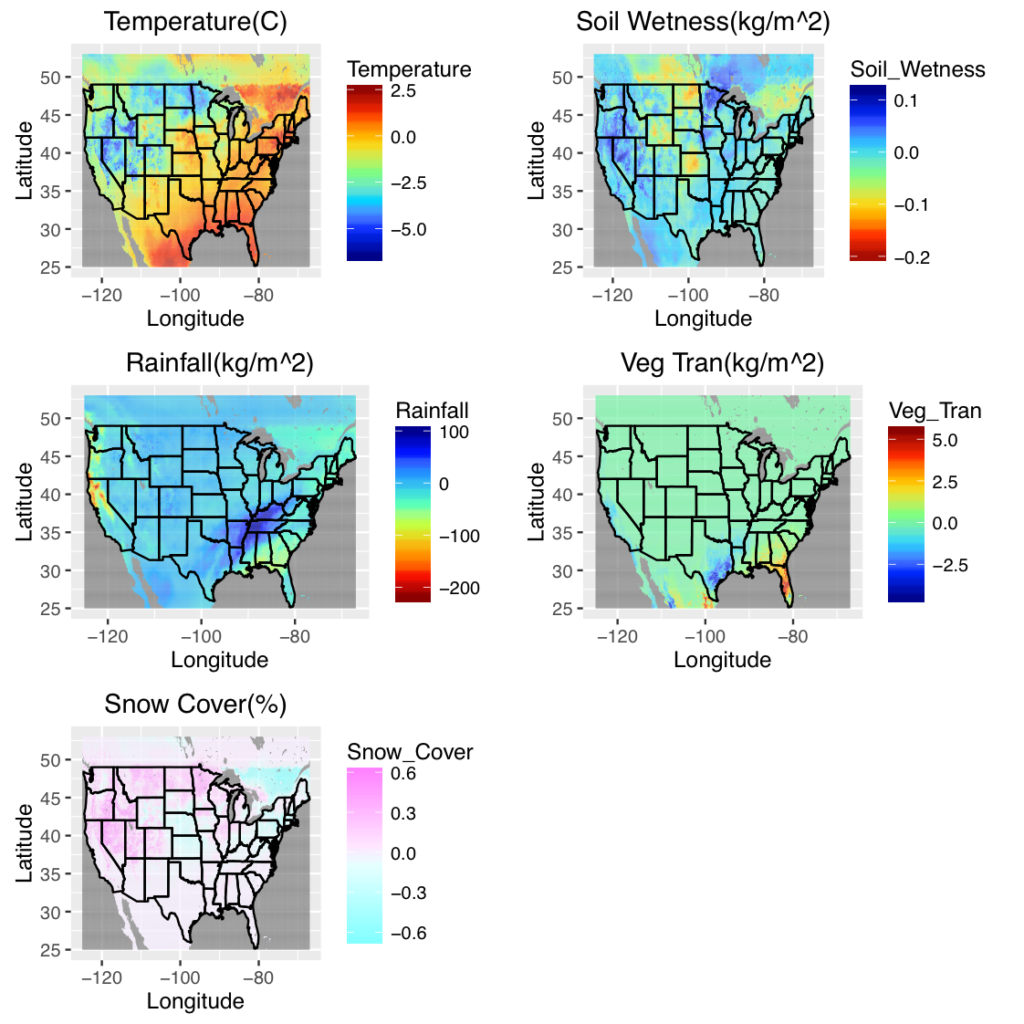 The results of La Niña affected winter in 1988-1999 show that the entire U.S. east coast was experiencing above-normal high temperature of approximately 2 oC, while west coast was experiencing cool temperature, which was up to 5 oC. The whole North America had drought trend, while central south has greater rainfall than normal. Another interesting event was the vegetation transpiration in Florida was observed 2.5-5.5 kg/m2 higher than normal. 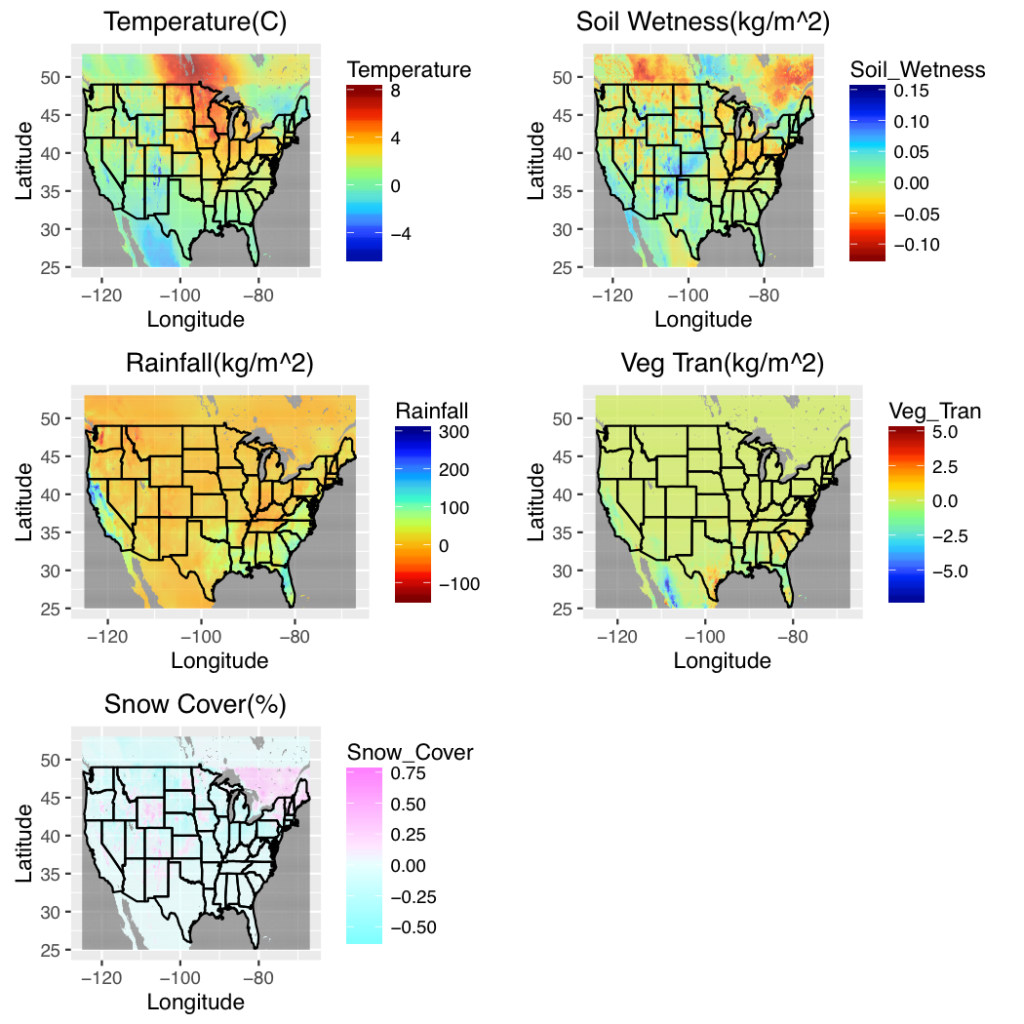 Google January 7, 2021
Google The information and facts mentioned in the report are a few of the best obtainable.

Google December 30, 2020
Google The data talked about inside the report are a few of the best readily available.

Google October 7, 2019
Google Please stop by the sites we follow, including this one, because it represents our picks through the web.

Google September 25, 2019
Google That may be the finish of this post. Right here youll discover some web-sites that we believe you will appreciate, just click the hyperlinks.

click Here July 9, 2017
Now I am going away to do my breakfast, after having my breakfast coming yet again to read further news.

Janessa August 6, 2016
Hello my name is Janessa and I just wanted to send you a quick note here instead of calling you. I discovered your Scientific Facts: What are El Niño and La Niña ? - NYC Data Science Academy BlogNYC Data Science Academy Blog page and noticed you could have a lot more hits. I have found that the key to running a successful website is making sure the visitors you are getting are interested in your subject matter. There is a company that you can get keyword targeted visitors from and they let you try the service for free for 7 days. I managed to get over 300 targeted visitors to day to my website. http://www.v-diagram.com/2sv1p