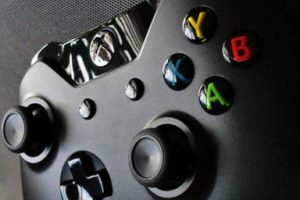 Since the early 1980s, video games have served as an increasingly popular source of entertainment and a fixture in modern pop culture, evolving from humble beginnings to a multibillion dollar industry today.  Current data predictions estimate the net global revenue of video games in 2020 to be over $160 billion dollars, an increase of over 7.6% from 2019.

Throughout its history, the video game market has evolved significantly, reflecting the continuous improvements to the underlying graphics and game designs as computer technology has become more powerful.  With each successive year, more advanced consoles have spawned a plethora of video game titles and genres, with thousands of titles available and new developers cropping up to try and take a share of the market.

In this Shiny app, I analyzed data scraped from VGChartz.com, consisting of over 11,000 unique video game titles based either on consoles or computers and ranging from 1980-2016.   The data spanned across 31 platforms, 12 genres, and over 500 publishers.

Starting off, to get a broad overview of the entire dataset, let's look at the total sales revenue and  number of games released per year across all categories.  We see that the late 1990s saw a large increase in both, with vastly more revenue and titles released during this period than in the entire 1980s combined.  Both of these values reached a peak around 2008-2009, then saw a sharp decline.  This raises some interesting questions which must be considered: what led to the explosion in the late 1990s and what led to the decline starting in the late 2000s?

One of the most important changes that occurred during the mid-90's was the transition from raster graphics to 3-D graphics.  This gave rise to genres which previously did not exist, like first-person shooter, real-time strategy, and MMO.  Consoles such as the first Playstation and Nintendo 64 sold heavily during this time period and ushered in a more modern form of video games, with 3-D graphics and processing that previous consoles were unable to perform.

While certainly not exhaustive, other important reasons for the increase in the late 90s include a decline in popularity of arcades and expanded investment by major investors.  For further information on this transition, follow the link provided at the bottom of the page.  Following the peak of console and computer-based games in the late 2000s, a decline began which continues to this day.  This is discussed below.

Let us now take a look at how various categories in the dataset appear when plotted against revenue per year.  Questions we would like to understand by looking at this include: do any top publishers, top genres, or top platforms dominate the sales revenue over an extended period of time? Are there any consistent trends that show up during this time span regarding sales revenue?

From the plots above, we see several notable trends.  Nintendo has overwhelmingly dominated the market since the early 1980s and has maintained a grip on being the global sales leader, with Electronic Arts topping them only a handful of years in the 2000s and 2010s.  It is interesting to ponder why this is so.  Nintendo established themselves early, producing some of the most-played titles in the 1980s, such as Super Mario Brothers or Duck Hunt, and continued this output in the 1990s and 2000s with improved consoles and entirely new concepts, such as the Wii.  But early establishment does not necessarily lead to market dominance.

Companies like Atari or Sega, for example, once were some of the dominating early game producers, but for various reasons, were unable to maintain the long-term success of a company like Nintendo.  The complicated reasons for this are beyond the scope of this blog post, but few would argue that the establishment of iconic franchises and characters, with complex storylines and narratives,  is not an integral part of Nintendo's success, with Mario-related games still some of the biggest selling to date despite having been around for over thirty years.

Comparing genre with revenue by year, we see a spike in the action genre starting in the early 2000s.  This is likely explainable by the fact that action-based games typically involve significant movement within the game environment, often in the form of shooting or other computationally-expensive actions.

Early consoles, which lacked the extensive graphics and 3-D visualization of modern consoles, were not capable of handling the processing needed for action games, which had to wait until the late 90s to take foot.  A number of titles in the action genre have developed large followings in the past two decades, including titles such as Halo, Counterstrike, Destiny, or Fortnite, and have ballooned into a sub-industry on their own in which players can earn six-figure incomes by beating other top players in the world.

Platforms appear to have a trend of dominating in popularity for several years, until a new product comes along and dominates sales for another several years.  We see from this data that Playstation has dominated top platforms for much of the 90s, 2000s, and 2010s, being bested only by the Wii for a few years.

Interestingly, Wii overtaking Playstation appears to be the only case in the past several decades of an entirely different platform overtaking another one instead of a platform overtaking a previous version of itself, such as the Playstation 4 overtaking the Playstation 3.  This likely is due to the fact that the video game market has consisted throughout most of its history of only a handful of major consoles, so it is a very infrequent occurrence that a new major platform is released and takes a significant portion of the market share.  One notable example of this would be the release of the Xbox by Microsoft in 2001.

When viewing overall video game sales, it is important to understand how specific geographical regions may have different trends.  Different countries have significant cultural differences, so this seemingly might translate to the types of video games they most often play.  The majority of video game producers are centered in two regions of the world: Japan and the US.  Consequently, they also constitute two of the largest consumers of video games, with Europe constituting another significant region.

As video games are a luxury for many people, it is likely that other developing regions of the world with improving economies such as China may emerge to change this order in the future, but these represent the largest current consumers.  Questions we would like to think about when viewing this include: are certain titles, genres, platforms, publishers, or years better in any particular geographic region?

In the above charts, let us first examine the top three years by revenue per region.  It is apparent that for all regions of the world, the late 2000s represented the apex of video game revenue.  Shortly after this period, revenue began to decline and has continued this trend up until today.  This observation invites the question: what factors possibly led to an overall decline starting during this time period?

A complete analysis of this question that does it justice is unfortunately much beyond the scope of this post, but two issues immediately come to mind.  First, the world entered a global recession stemming from the 2007-2008 financial crisis, which led to dramatic changes in consumer spending across numerous markets.  With rates of unemployment rising and the amount of spending declining, it would make sense that this surely played a large role in the decrease of net revenue.  However, if that were the entire story, we would also expect that sales would seemingly increase once the economy had recovered towards the mid-2010s, which appears to not be the case.

This leads us to our second issue: during the same timeframe, global cellphone usage was radically transformed by devices like the Iphone and other smartphones.  Suddenly, consumers had a completely different ability to engage in the experience of a video game, albeit in a mobile setting.  Smartphones opened up the market to consumers who did not desire to spend large amounts of time in front of a TV or computer or spend large amounts of money on the platforms necessary.

Since their advent in the late 2000s, mobile games have grown yearly in size as a share of the market, and as of 2019 have overtaken console and computer video games as the largest share of the gaming market.

Looking at the top publisher, platform, genre, and games by revenue per region, something that immediately sticks out is the uniqueness of Japan vs. the other regions.  Nintendo dominates as the largest company across all regions, but other Japanese developers such as Namco and Konami only fall within the top three in Japan alone.  Japanese-made consoles are also most popular in Japan, with the DS and Playstation being made by Nintendo and Sony, both Japanese companies.

In a similar way, the XBox 360 is most popular in the U.S., which seems to indicate that consoles created by companies within a particular country may sell better in the same country in which they are based.  Japan also differs from other global regions in terms of the most popular games and genre.

While action games dominate in the U.S., Europe, and the rest of the world, role-based games dominate in Japan, and the Japanese are the only region with Pokemon in their top three most popular titles.  Pokemon belongs to the long-standing Japanese culture of anime, which, while very popular in the rest of the world as well, is not as deeply entrenched in popular culture as it is in Japan.

In summary, while this post represents only a small portion of the analysis possible with this dataset, we noted several important observations.  Sales peaked in the late 2000s and have gradually declined since then, with a sharp large upswing of mobile gaming revenue.  Mobile revenue was not represented in this dataset, but a future project comparing mobile games vs. console/computer games would be interesting.

Action games established themselves as the top genre over the past several decades, but whether that trend will continue indefinitely into the future is an open question.  Japan, which is one of the largest single revenue regions, has a gaming culture built more around role-playing games and a large anime influence.  This will likely continue to influence the popularity of particular titles, platforms, genres, etc. which cater more towards this sphere of the video game world.

[1] The History of Gaming: An Evolving Community