The "pink tax" is a form of gender-based discrimination, where products & services catered towards females are priced higher than those marketed to the opposite sex. Data shows this has been seen in everything from beauty products to clothes to toys.

My project specifically focuses on the latter, analyzing a dataset of 10,000 Amazon toy records to see if I could find evidence of this phenomenon. I used Kaggle dataset, R for data analysis, Shiny & ggplot2 for visualization. Links to my code & app are above. 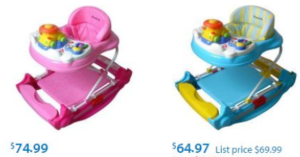 This initial step mostly involved cutting out unnecessary fields, converting columns to numeric, and removing rows where price were NA (as that was my primary metric for my hypothesis). Anything that could be converted to a factor was converted, for more efficient data loading.

The dataset was split into two similar copies  - one that included all the verbose fields used for Gender Categorization, and one that was slimmer used for Data Visualization within the app itself. 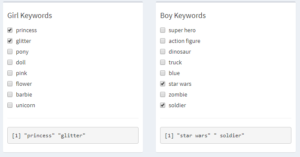 To determine if a toy was marketed for girls vs boys, the code would look for matching keywords in the names, reviews or descriptions.

One of the features of this app is that it allows the user to select their own keywords, and therefore dynamically customize the dataset, although core keywords (such as 'daughter' and 'son') will always be included. 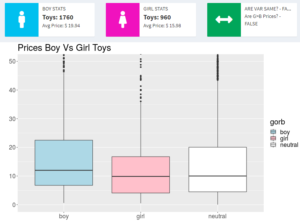 After the dataset is updated, I would run an F-Test (for variance) and a two sample T-test (for comparing means) on the overall dataset of girl toys vs. boy toys, AND amongst all categories that had sufficient datapoints for comparison. The details are seen in the Boys Vs. Girls tab.

With just the core keywords, only 24 of the 148 total categories were analyzed, and with those, only 1 category was found with a p-value low enough to claim that the girl's toys were more expensive than the boy's toys.

The highlights of the EDA & findings can be found in the infoboxes, or by seeing the boxplot or scatterplot details. The overall finding with the cord dataset was that the prices of boy toys was actually higher than the prices of the girl's toys. 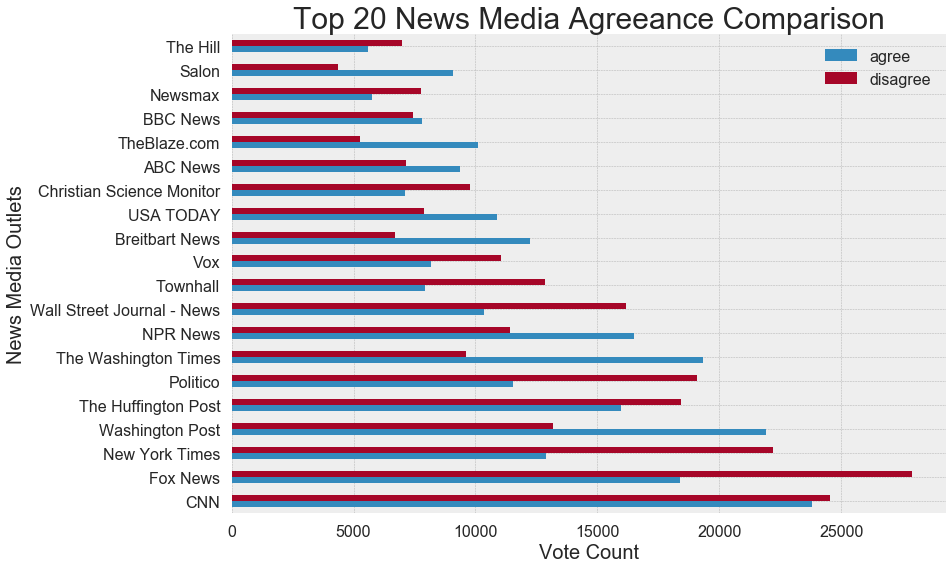 The dataset also shows additional information in the Top 20 tab. Its interactive, allowing the user see how Category or Manufacturer is ranked by a variety of metrics ranging from count to popularity. The bars are filled with varying shades of blue or red to indicate a gender ratio within that subset as well.

There are plenty of interesting observations here - what types of toys are most expensive (Vehicles & Accessories), or which manufacturers cater towards girls (Disney). Feel free to play around to see what other patterns are there with your customized dataset!

There is a lot more to explore on this topic. If I had more time, I would want to refine the methodology on determining gender focus, possibly assigning a value based on keyword found frequency rather than a True or False.

I would also want to investigate other product sets off Amazon to see if evidence of Pink Tax can be found there, and seeing if gender-focused products tend to sell better than neutral products.

Thank You For Reading =)