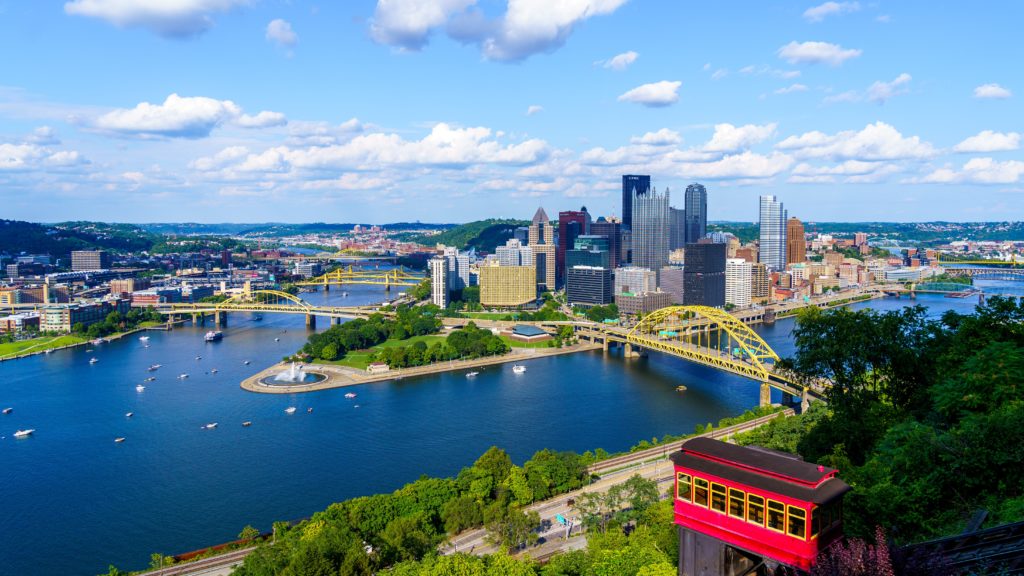 We expect the data to show a drop in bus ridership during Covid-19. An understanding of how much, how quickly and in what manner ridership will recover has important implications for various entities and outcomes. They include:

Pittsburgh has an active public transport system. Its geography comprises two rivers that join up to form a third river. That, combined with its hilly terrain creates limited points of entry into the city due to the presence of bridges and tunnels. Downtown parking is also severely limited, which makes public transport a more attractive option for commuting, particularly to downtown.

Pittsburgh has been proactive in developing public transport by converting a railroad track into a road dedicated only for buses that is called the Busway. It offers speedy connections between downtown and points east of the city. This further increases the attractiveness of public transport. Among other things, Pittsburgh is also a university town with several major universities. Students who attend those schools or the smaller universities around form a significant part of the ridership of buses.

Fig. 1 Bus route P1 – travels to downtown along the Busway

The dataset for the analysis was obtained from the Western Pennsylvania Regional Data Center at https://data.wprdc.org/dataset/port-authority-monthly-average-ridership-by-route .

It has the following attributes:

For this study, I have focused on ridership data for buses and on weekdays. That covers the majority of the ridership and is also of the most relevance for the objectives of the project.

As part of data cleansing, I excluded data on three bus routes (details are at the end of this article).

The data used thus has average weekday ridership for 95 bus routes over a period of 51 months (Jan 2017 to Mar 2021). The code and data can be found at https://github.com/gopalsharath/pitt-bus-ridership.git

Summary of Data findings – before Covid

Summary of Data findings – during Covid

Given the anticipated pace of reopening of workplaces and of universities, it would be opportune to repeat the analysis in the upcoming months using refreshed data to better identify ridership trends.

If the analysis is used to develop forecasts of ridership, it is important that the forecasting methodology is able to separate seasonality from the trend, given the significant role of seasonality in weekday bus ridership. The analysis can also be expanded to include light rail data, which would add more data points particularly for ridership from the south of Pittsburgh. Finally, it may be worth looking more closely at weekend ridership data to identify any trends and insights that could be brought to bear on the current analysis.

This analysis and its further extensions can help with predicting and understanding how working arrangements evolve post covid, to what extent part of the workforce may end up permanently working from home - full time or part time – and the implications of this for the broader economy.

Data on the following bus routes was excluded