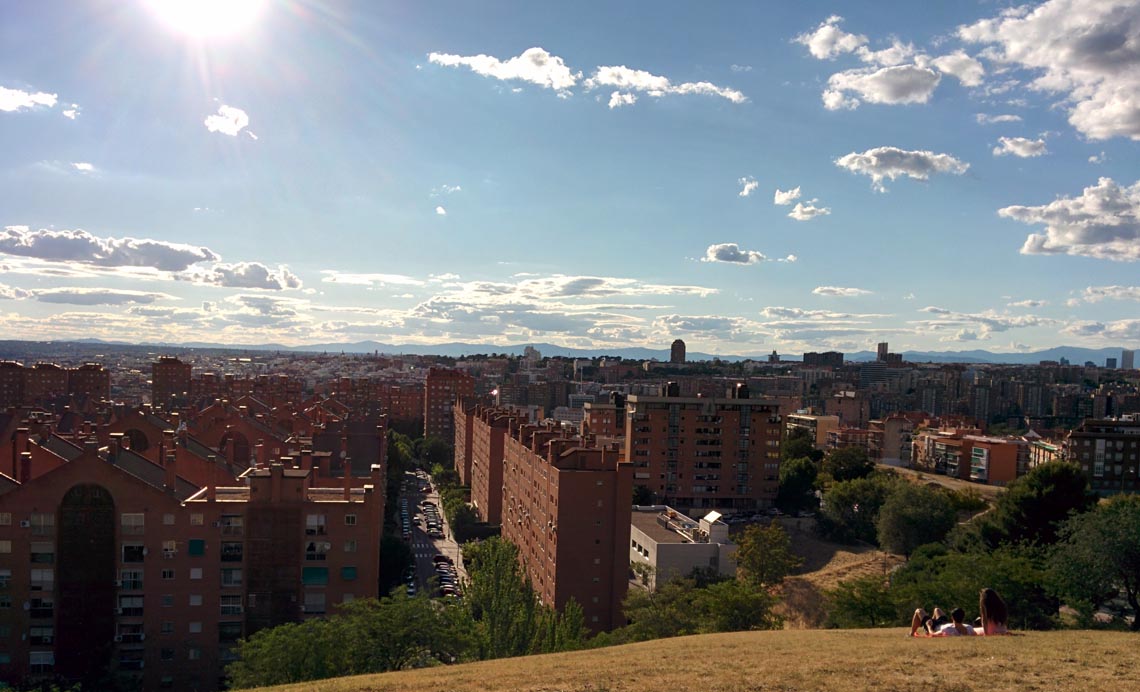 According to Eurostat data from 2018, Spain imports a massive 73% of its energy needs, significantly higher than the average of 56% across all 28 EU member states (27 + United Kingdom, Source: Eurostat). Shockingly, for a country renown for its sunshine with largely mediterranean, subtropical, semiarid and desert climate zones, a paltry 4.64% of its electricity comes from solar sources (2.87% solar photovoltaic and 1.77% solar thermal, Source: Eurostat). Therefore, there are a great deal of opportunities for Spain to expand into the solar energy market.
This lack of dependence on solar energy sources is made obvious in the capital city, Madrid. With a population of 3.2 million, yet contains only 209 buildings that are outfitted with photovoltaic solar panels, of which 61 are city buildings (Source: City of Madrid). This is furthermore an embarrassment for the capital as due to climactic factors as well as its elevation (667 m, 2188 ft), it enjoys some of the longest sunshine duration hours in Europe, averaging 2769 hours of sunshine a year, corresponding to around 300 sunny days a year.
As a study of the potential Madrid has to augment its generation of solar power, data from the 61 municipal buildings that contain rooftop solar panel installations was analyzed as a test set. This allowed for the calculation of photovoltaic kilowatt-hours generated (kWh), which was extrapolated to query how much energy could hypothetically be generated across the city given more widespread installation of photovoltaics.

This data visualization is intended to demonstrate to the general public and interested parties the potential benefits of widespread generation of electricity using solar photovoltaics, generally in sunny regions, such as Spain, and more specifically in Madrid. As a rough calculation, extrapolating the data from the 61 municipal buildings gives the following estimated values: The yearly yield of the photovoltaic buildings test set is ~900000 kWh per year, or an average of 15000 kWh per year per building. Extending this for larger implementation to the residential sector, there are ~110000 multi-unit apartment buildings in Madrid, giving a potential to generate 1.65 billion kWh per year. Considering that the energy consumption of the residential sector for 2019 was 4.3 billion kWh, the implementation of photovoltaics in every apartment building in the city could decrease consumption demand from the grid by ~38% per year.

HOW CAN WE USE THIS DATA IN THE FUTURE?

Check it out here:

I have a diverse background in biotechnology and synthetic biology with over 20 years of experience engineering microorganisms using tools from biochemistry, molecular biology, genetics and bioinformatics. I am expanding my knowledge base to address a new range...
View all posts by Ryan Kniewel >