Data Analysis on WallStreetBets and Its Impact On the Market

I wanted to study the data trends to see if there was an impact to the financial markets from the subreddit group known as “WallStreetBets”.

A brief background on the WallStreetBets subreddit:

I wanted to take the data from WallStreetBets and find a pattern of the most popular names mentioned during this period.  From there, I would select the most "talked" about names and using financial stock data, to see if there was any correlation with any price movement or trading patterns.

I decided to scrape historical financial data directly from Yahoo Finance by building a scrapping tool.  I did this primarily because I wanted to make sure the data was directly from yahoo finance and specified in a format that I wanted to utilize.  Yahoo Finance is one of many websites that contains a large source of trading and financial data.  All data is organized by ticker and pulled by specific dates.  In addition, data can be organized daily, monthly, or yearly. 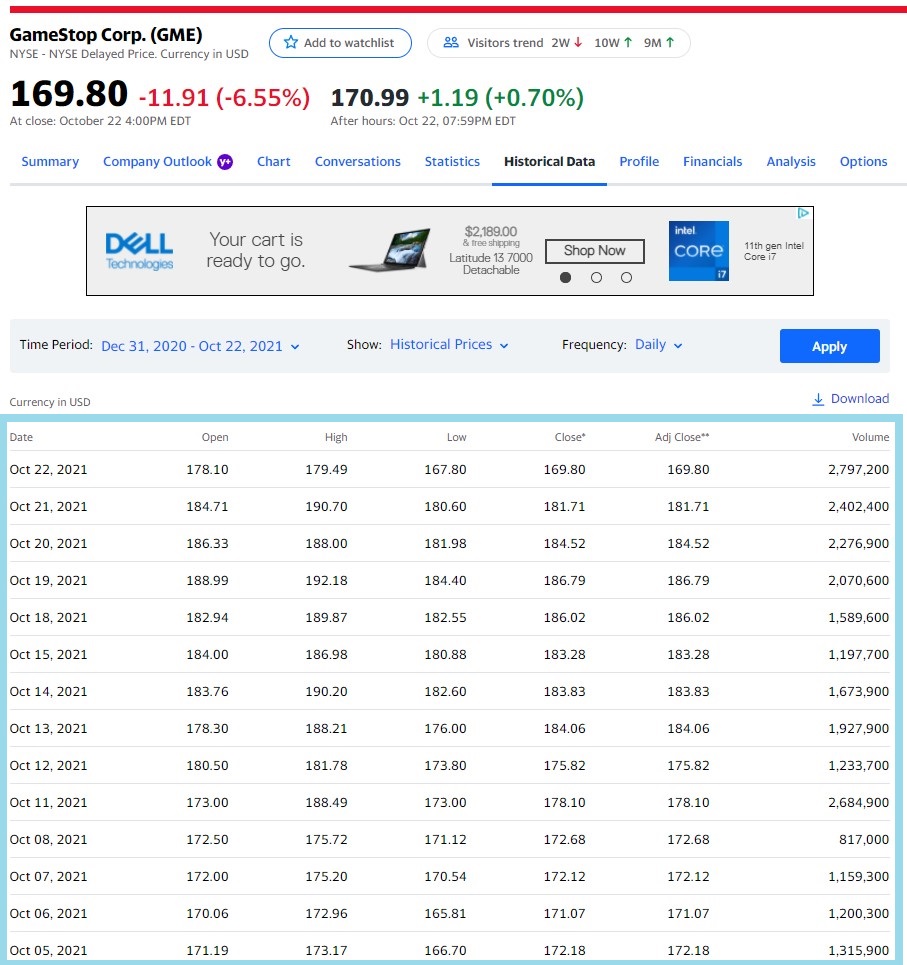 An Introduction to the Data

The period data was taken from 12/28/20 to 10/08/20.  I wanted to closely examine the timeline of events relating to the sudden increase in the stock known as Gamestop (GME).  This move was unprecedented at the time and was the start of WSB from a simple subreddit into a household name.  The data was initially scrapped by Alex Baransky. 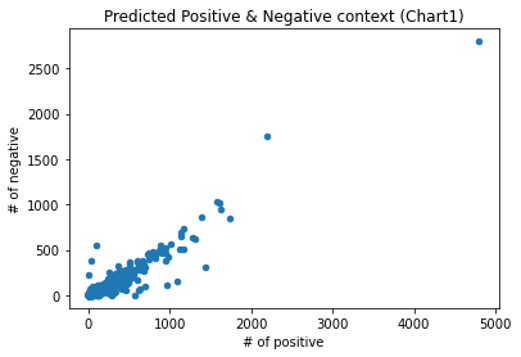 I wanted to take the WSB data and first determine the number of "mentions" based on every stock named on the forum for the period. 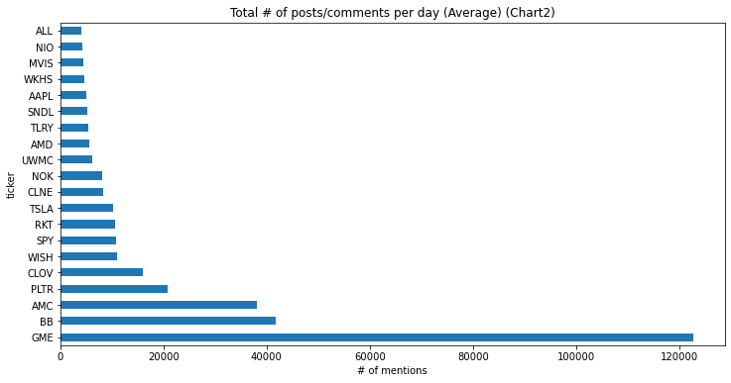 Then I wanted to use another metric to reinforce this initial approach. 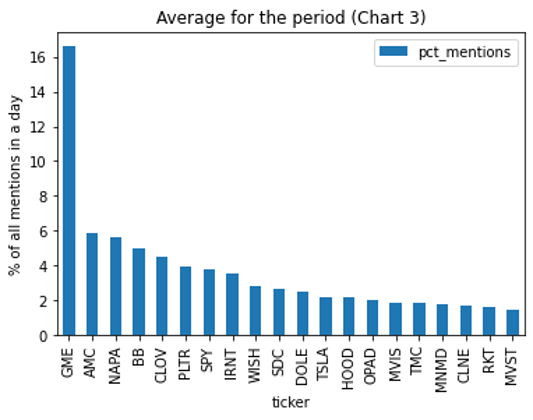 NAPA seemed like an outlier so I wanted to examine it more closely.  It wasn't a name I heard of before so I dug in a little on the background of the company.  I found that the company was a recent IPO and I had a hunch that it was an outlier because it probably had a day with a lot of mentions that skewed the overall mean.  I initially assumed it would be around it's IPO date which was in March but this wasn't the case.  It was actually in July.  Regardless, this made me feel comfortable to discard this name for consideration.

Data on the Top 3 Names 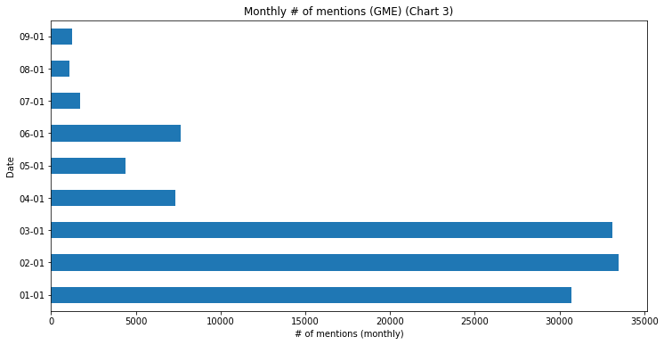 As we can see here, GME mentions were the highest in January through March of 2020 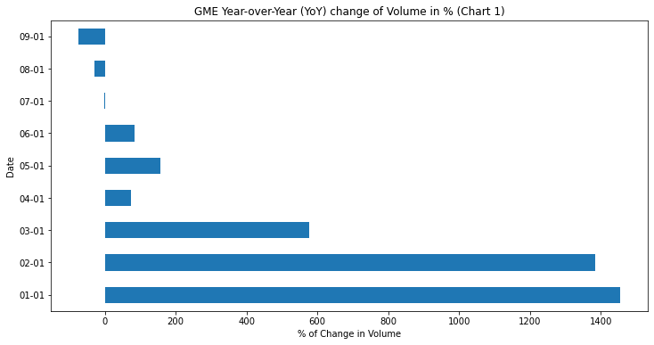 This corresponds to the volume surge, especially in January and February, and elevated levels in March. 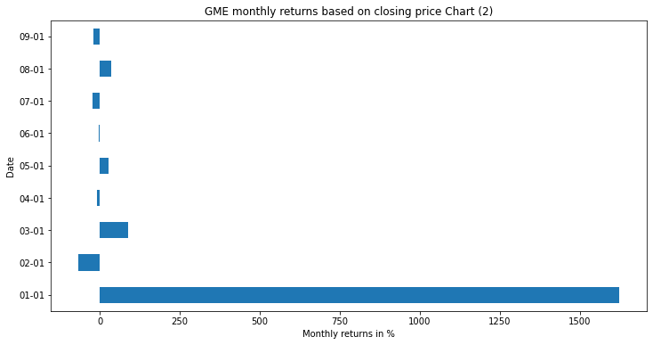 As shown in this graph, most of the price appreciation was done in January of 2020, the first month of the surge of mentions. 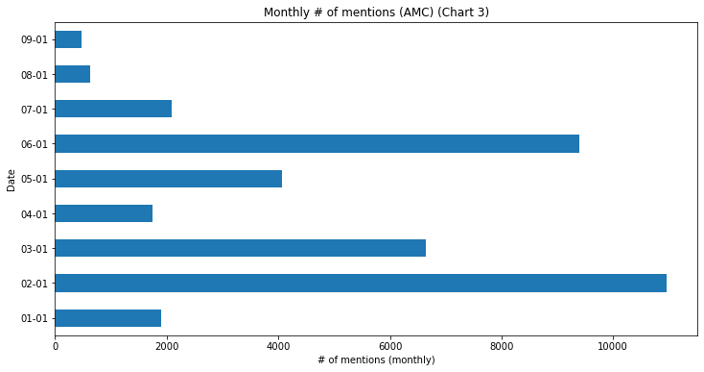 For AMC, mentions were the highest in February and March of 2020.  There is also a slight surge in June. 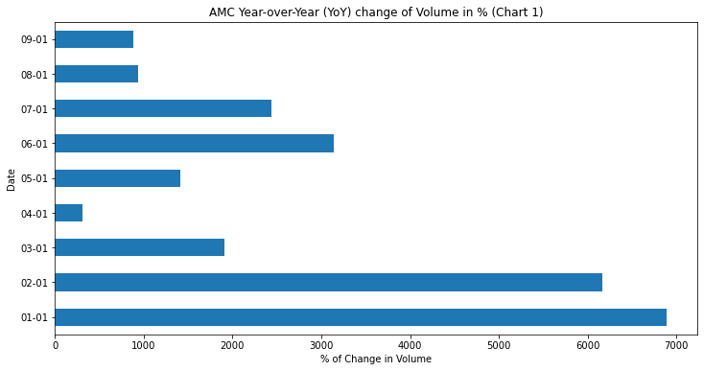 This corresponds to the volume surge, especially in February, and elevated levels in January, March, and June.  (small delay in this case) 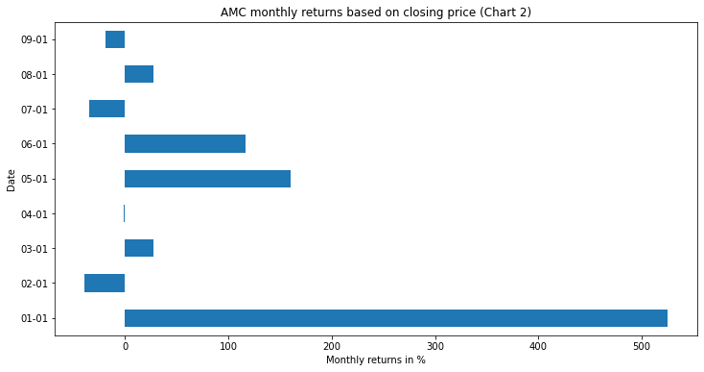 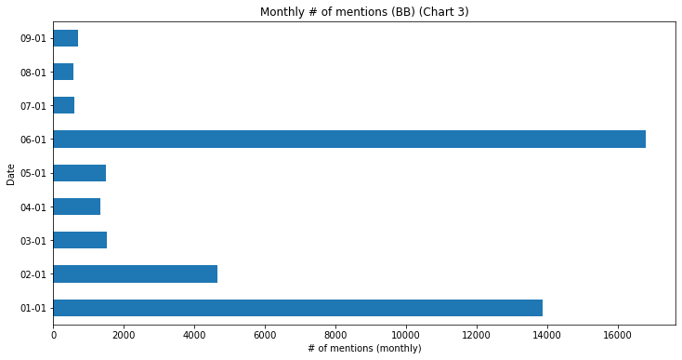 For BB, mentions were the highest in January, February, and June of 2020. 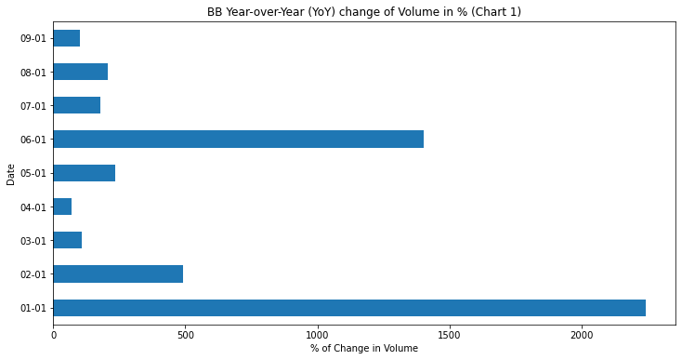 This corresponds with the volume move in January, February, and June shown here. 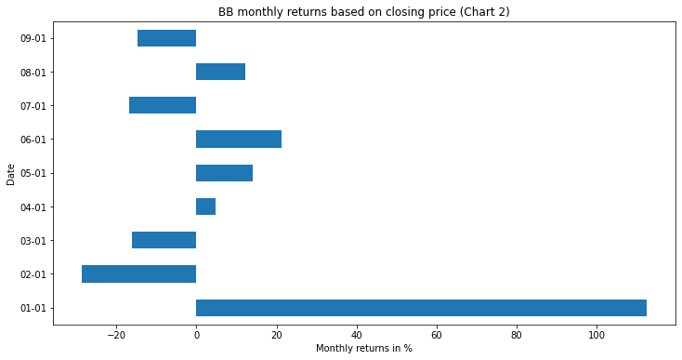 There was an increase in overall trading volume activity.  There is a potential correlation to the number of mentions in the posts or comments to the actual trading volume of the stocks respectfully.

I suspect that most of the price appreciation was realized in that first initial month.  This also aligns with when the number of mentions was first increased.  (Notably, AMC was a little delayed).  However, the price doesn't appear to move in the same magnitude after the initial move.  This makes me conclude that there doesn't appear to be a correlation with the price of the stocks with the number of mentions.

It was also notable to see that the volume and mentions have died down in the past couple of months.  Was this a one-time event?

I thoroughly enjoyed the process of putting this analysis together from start to finish.  It was my first time scrapping data and also my first attempt at handling a large dataset with Python.  I definitely think the work done here isn't complete.  There is a lot of rework that can be done and hopefully will be able to revisit this project at a later date to further the analysis shown here.  Eventually, I hope to build a better understanding if there is any or no relationship at all with WSB and the financial markets.