Data Analysis: Online Class and Coursera by the Numbers 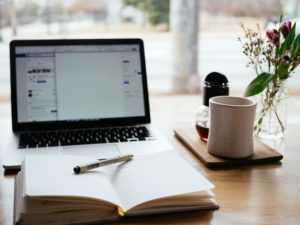 Since the early 2010s, the online learning industry has continually grown in size and is projected to surpass over $240 billion U.S. dollars in revenue by 2022.  What started as a hodgepodge of popular courses from a handful of elite universities has developed into a wide span of topics, ranging from beginner to graduate-level.

While there are now many competitors vying for a portion of the online learning market, Coursera, founded in 2012 by Stanford computer scientist Andrew Ng, has maintained a dominant position, providing the largest number of online courses by platform and generating the most revenue of any online learning company.  In selecting Coursera as the focus of my web scraping project, one major motivation was the fact that, since the outbreak of Covid-19 this year, many universities and institutions are grappling with how to move in-person courses to an online format.

While I was contemplating this issue recently, I wondered what types of courses in which subjects have already established themselves in an online format and whether or not there might be any particular types of classes that achieve an higher level of satisfaction in the online format.

I used Selenium to scrape data from https://www.coursera.org.  Coursera offers several categories of products aside from courses and offers courses in numerous languages besides English.  My scraped data was filtered by selecting courses conducted in English.  The full dataset contained 2,728 individual course listings across 11 different subjects.

In order to understand what sort of courses are poorly-rated, I first looked at what the distribution of courses were by partner and by subject.  Overall, there were more than 190 partners and Google Cloud represented the highest number of courses offered by a single partner with over 175, while the vast majority of partners offered less than 20.

Popularity of Courses by Subject and Institution

I next analyzed how the poorly-rated courses varied by subject and institution.  I filtered the courses into two categories: those rated above and below four stars.  In my opinion, using a star rating or a similar rating system with a visual representation is a highly non-trivial business decision, particularly when millions of transactions are conducted daily.

As a large purchaser of books, when I am browsing on Amazon, I have an almost knee-jerk reaction when I see a rating below four stars over a large enough number of reviews that leads me to believe there may be some serious common dissatisfaction with the product.  Though I don't have any particular evidence to support the idea that a rating below four stars leads to a large decline in purchases vs. competitors, I decided to use this as a threshold for the rest of my analysis.

Overwhelmingly, I found that around 97% of all courses listed on Coursera achieved a rating above four stars.  When looking at boxplots of ratings by subject, we see that 4.5-4.7 stars was roughly where the median for each category stood.  Data science had the lowest rating by subject, with a median of about 4.5, but overall, there doesn't appear to be any obvious discrepancy in any particular subject.

Looking at how the courses faired by subject and partner, it appears that data science had the largest number of poorly-rated courses at 22, with computer science close behind it.  Interestingly, while business courses represented the largest subject with over 600 offered, only 10 of those were poorly-rated.  I'm not certain why this is the case, and unfortunately with limited data, I was not able to draw any other conclusions.

If I had access to better data, an immediate analysis I would do is to check what the proportion of classes by difficulty level was in each subject and see whether a larger number of business courses had lower difficulty ratings than some of the other subjects and check how this matches with ratings.  One observation I made when looking at this group was that course titles in the low-rated data science and computer science subjects were highly diverse, with numerous special topic courses.

It appears that a large number of courses rated poorly are extremely unique, with titles such as "Reinforcement Learning in Finance" or "Introduction to Android Graphics", as opposed to something highly general such as "Introduction to Accounting".

Finally, I looked at how the number of poorly-rated courses varied by partner.  University of Colorado Boulder had the most poorly-rated courses by any one institution with six.  I checked to see what these courses were and five of them were associated with a master's degree program in electrical engineering offered entirely online.

While my data was limited due to a large number of missing values for many columns after scraping Coursera, the information I gained was interesting.  Business classes represent the majority of courses by subject, though data science, followed closely by computer science, represent the subjects with the most number of ratings below four stars, with data science at 22 and computer science at 19.

The vast majority of courses were rated four out of five stars or higher.  I'm not sure how Coursera handles courses with poor ratings, as far as what they will allow if certain courses rack up continuously bad reviews, but I am certain that they have some form of removal policy, since from their perspective, they want to allow students the freedom to review courses without restriction, while at the same time providing a large enough amount of highly-rated courses to succeed as a business.

The only trend I was able to see which intuitively makes sense is that the overwhelming number of the 69 courses rated below four stars were intermediate or advanced level, with only a handful at beginning level.  From my own limited experience taking courses online, as the difficulty of a subject grows, being able to ask questions in-person or perhaps have the instructor explain something from homework or out of a book played a large role for me in making the content easier to understand.

This is more challenging in an online setting due to the fact that students may be more reluctant to ask questions online and screen-sharing can sometimes be an issue.

In a future project, I plan to rescrape the website to obtain fewer missing values and do analysis on other interesting questions.  In retrospect, I think a more interesting question is determining how many unique classes there are hosted on Coursera which teach a similar topic and seeing whether there are any large discrepancies in the ratings between these.

While some students at universities with courses hosted on Coursera are required to only take the ones affiliated with their university, an ordinary user can select whichever course he or she pleases and many introductory courses may compete against each other since these tend to be the largest by enrollment and most common.