Data Analytics on Time Use Among Americans Millennials

Millenials - the infamous generation of the self-centered, naive and lazy.  However, is that really the case? How do other generations differ in spending their time? This project was designed to compare the different generations in their usage of time from the years 2003 to 2015. The data originated from a survey from the Bureau of Labor Statistics called the American Time Use Survey.

Each generation was labeled by taking the ages of each individual and finding the birth year to categorize the people in his or her own generation.  This Shiny app allows visualization of the changes that occur over time, specified by race, gender, income level and generation.

I was born as the youngest child of the family.  I was always the "baby" of my family even as I grew to be of adult age. My sisters were both millennials, but we had nearly a decade of a time between us.  My family was much like a group of three generations, and I wanted to see what made us so different. 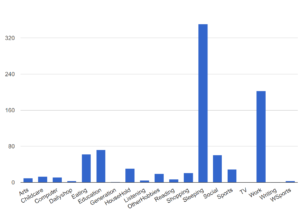 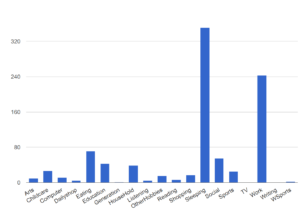 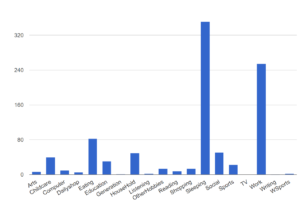 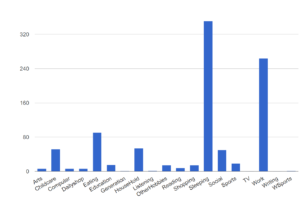 We see the graph of Time Use in minutes among Millennials in the years 2003 to 2015 from by row chronologically.  Notably, we see a decrease in time spent for education and an increase in the time spent for work.  The Millennials, like other generations, are slowly entering the labor force after school.  During 2003 the only the oldest of the Millennials would have graduated college, or finish training to get into the workforce.

By 2015, most would be of working age.  The most notable increase overall is in the time spent for work, eating, household chores, and childcare.  The most significant decrease is in the time spent for education, in listening and computer usage.  The Millennials or Generation Y are especially different from that of other generations in that the Millennials are the most dynamic in the changes over the years. 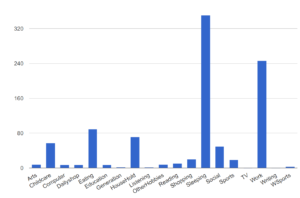 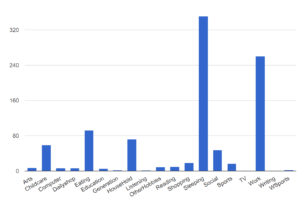 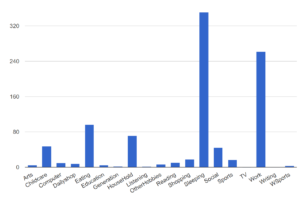 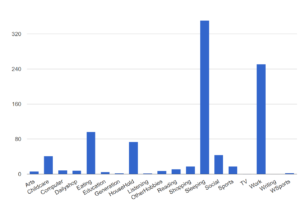 The youngest among Generation X have already rooted themselves into the labor force since the beginning of the survey.  This is the generation where the youngest are well- grounded in his or her career, and the oldest have not retired yet.  The time spent is very static in this generation, but there is still movement.  On the one hand, much like the Millenials, those in Generation X have been spending more time eating since 2003.  On the contrary, time spent on childcare has been decreasing, and the use of computers have been increasing slightly over time.  Interestingly, the graphs of Generation X is very much alike to that of the final year of the Millennials. 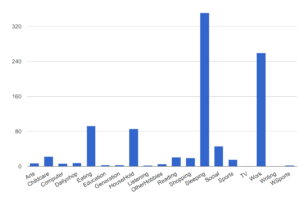 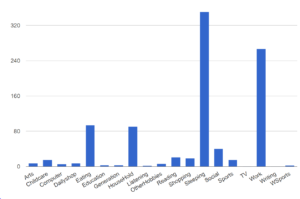 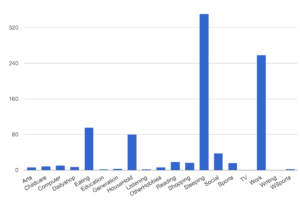 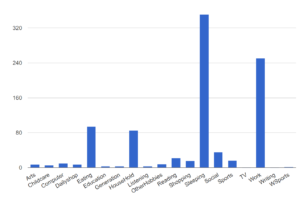 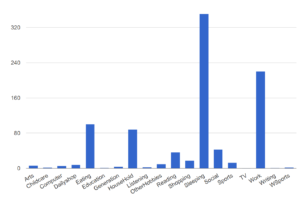 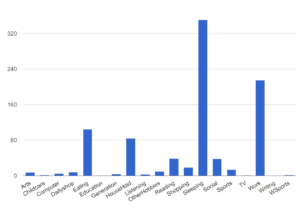 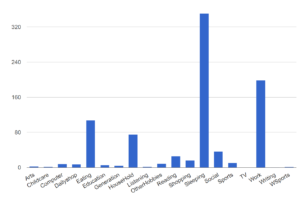 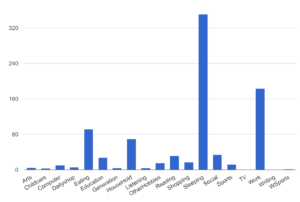 The oldest of the generations in the survey, the Silent Generation show the second most dynamic changes through the years.  The Silent Generation moves almost opposite of the Millennials.  The time spent for work consistently decreases over time, and education which was close to zero began to increase rapidly in the later years.  Also, time spent for eating and in household chores decrease, moving opposite to that of the Millenials who have been spending more time eating and doing household chores over time.  The difference is in childcare which is most likely explained by the age of children of this generation.

The Millennials may appear lazy compared to other generations before 2015 because of the shorter time spent working.  However, by 2015, the Millenials work just as much, if not even more than the other generations at their peaks.  The trends for other activities such as eating appears to move in a similar fashion as well as the ages grow.  Each generation's final years is akin to that of the beginning years of the past generation.  The Millennials are not lazy, the Millenials are just in the midst of slowly entering the workforce now.

Please feel free to use this application for other research including but not limited to: