This data set was published by the Center for Disease Control and Prevention (CDC). It includes information about foodborne illness outbreaks, such as year, month, state, location, and species of the bacteria or virus that caused the disease. Additionally, the data-set includes the number of illnesses, hospitalizations, and fatalities for each of the categories mentioned above.

Why do we care?

The data reveals factors associated with the trends in the outbreaks of foodborne disease. Government organizations, such as the FDA, can view the correlation between certain foods and species of bacteria or viruses to understand what kinds of regulations would  ensure better food safety. Additionally, they can see the trends between region and species and between time of the year and number of outbreaks to make more informed decisions.

Scientists can also view what viruses and bacteria cause the largest number of outbreaks and how deadly they are to make sure that doctors are able to recognize the symptoms as early as possible. That could translate into a reduced number of hospitalizations and fatalities.

There are four tabs in the app. We can see the options in the image below. 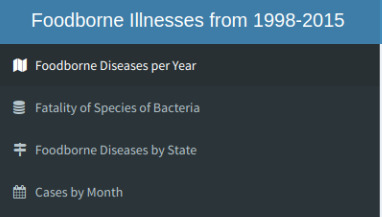 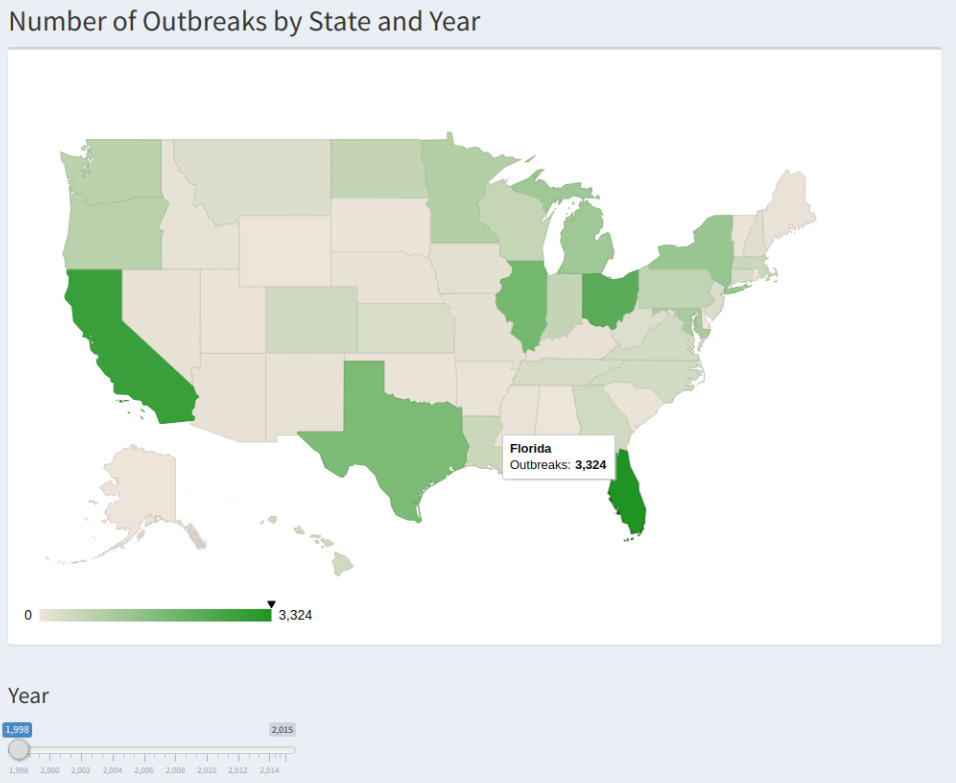 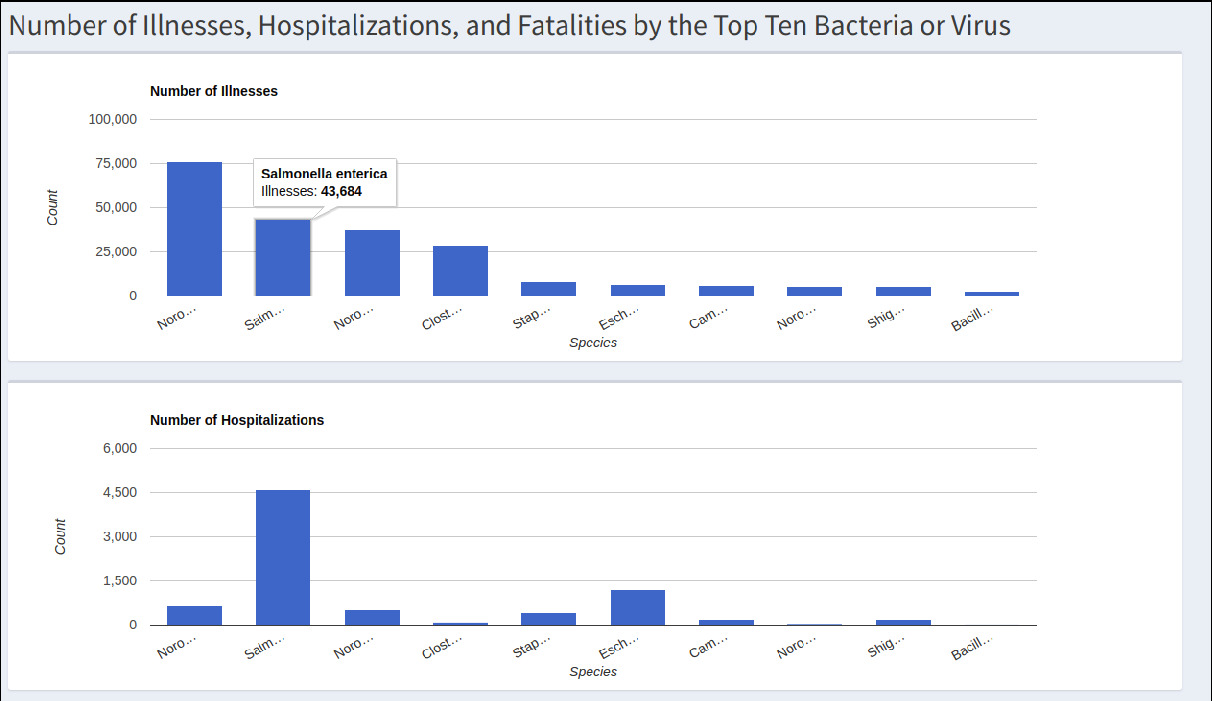 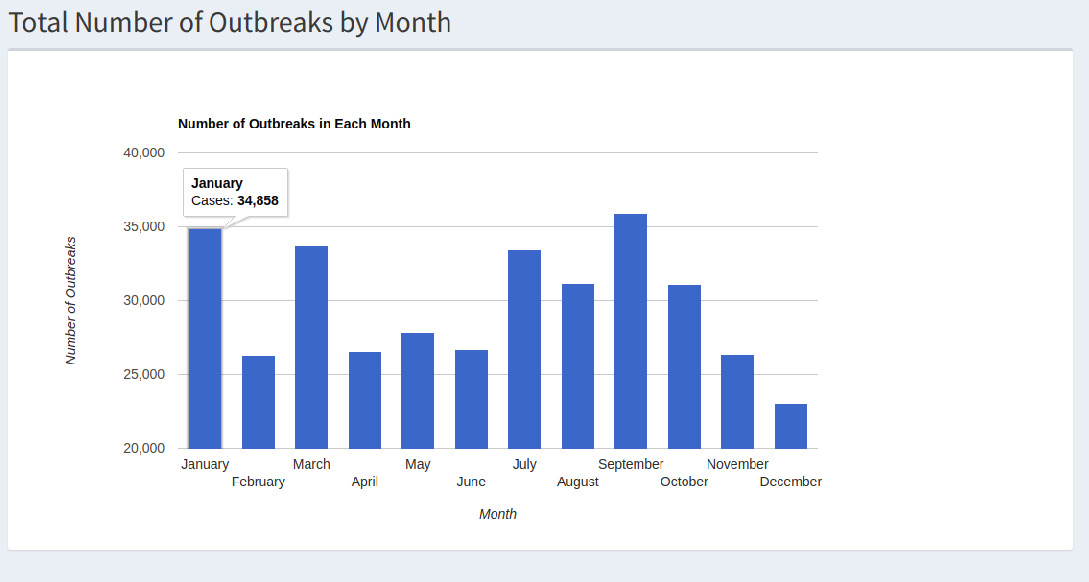 Something that was not accounted for was population size by state. There was not an accurate representation of outbreaks by population of state in the Shiny app, so the map did not represent the percentage of each state’s population affected by disease -- only totale numbers. In the future, I would like to account for population by year. Varying populations would also account for states that showed an increase in number of outbreaks throughout the time period.

Additionally, I would like to show the locations, i.e. restaurants, homes, universities, where people were affected by foodborne illnesses. For the last tab, to better assess whether the weather affected the number of outbreaks, I would like to divide the states by region first and then view the outbreaks by region and month.

One setback of this data-set was the lack of information about the type of food that causes more cases of outbreaks.