According to NABCA, National Alcohol Beverage Control Association, Iowa became one of the first Control states in 1934. The state regulates the traffic in alcoholic liquors for the protection of the welfare, health, peace, morals, and safety of the people of the state. Also, the state provides its E license liquor sales data monthly which contains more than 20M transactions records since 2012. Class "E" liquor license (LE) allows for the sale of alcoholic liquor for off-premises consumption in original unopened containers. In other words, this license is designed for customers who purchase alcohol and then take it somewhere else. Therefore, the data can be used in multiple ways to analyze customer behavior for liquor consumption. This project focused on small business owners who are targeting to open a liquor store in Iowa and researched the dataset to suggest the best location and liquor categories to the owners.

I used datasets of Iowa_Liquor_Sales and Iowa_Liquor_Products to create a relational database as shown in figure 1, and I took datasets of Iowa county population and us-county-boundaries to perform analysis and visualize the results. In specific, table 1 shows the processes of data cleaning and feature engineering. 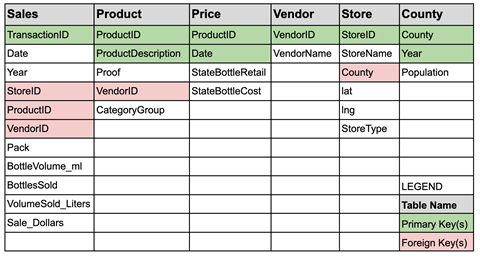 I approached this dataset based on the calculation of total sales per store so that I could predict how much total sales a store can earn in 2022 as shown in figure 2. Polk was the top county, Scott, Cerro Gordo, and the other counties were following. Brighter color means it had a higher predicted total sales per store.

Then, I mapped the active stores’ location on the Polk layout and researched if there’s any specific location popular as shown in figure 3. The pink dots are the stores and the orange lines are the county boundary. A lot of stores were marked near Des Moines which is the biggest city in Polk and some stores from Dallas county, the west county from Polk, were also placed in the same metropolitan area. For that reason, I included those stores in Dallas for this study. 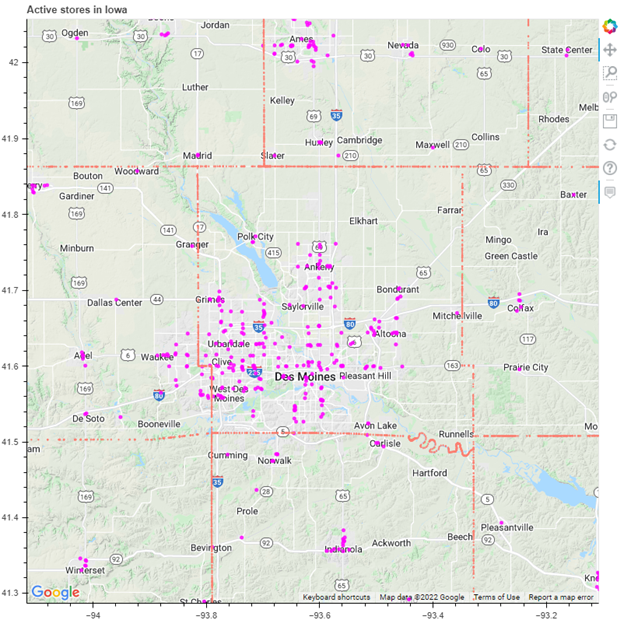 Figure 3. Active stores location in Polk and around the county

Since I couldn’t find a clustering behavior, I had to apply the same metric to the cities in Polk to determine the best location. As a result, the most sales city was Windsor Heights as shown in figure 5. Then, I investigated Windsor Heights to understand the reason why it had more sales than the other bigger cities. Figure 6 and table 2 revealed that there are dominating food chain stores and department stores in Windsor Heights. I interpreted this as people from the county are coming to Windsor Heights for the big stores but the interest of this study is local small businesses. In consequence, I narrowed down the store types into ‘Convenience, Drugstore, Liquor/Spirits/Wine, and Distillery/Bar/Restaurant’  only and figure 7 shows Des Moines was the top sales for the small businesses. Therefore, we recommended Des Moines to open a new store.

Figure 7. Total sales per store by city in small business

For the next step, I also looked into item lists for stores by K-Means clustering. I chose k = 3 for clustering as resulted from the elbow method. The items were grouped by size as small, medium vs large first, and by log of the retail cost for the second as shown in figure 8. The purpose of the log scale for the retail cost was to fit the variable for the clustering and the result would be more accurate with normal distributed features. From the clustering, we could observe that the most of high retail cost items are in the medium size of bottles.

Then, I compared the category trends between Des Moines and overall Iowa as shown in figures 9 and 10. Figure 9, the overall result, indicated that Whiskey and Vodka were the top consuming in Iowa. Figure 10, the Des Moines result, also shows Whiskey and Vodka were the most popular in the city but I can observe that Brandy took a high percentage in the city as well. This could be interpreted as a specialized store might have competitiveness in the Des Moines liquor market. For example, store number 5600 didn’t follow the general trend of other stores but the store was still in the top 2 in the city because of the specialization in brandy. Figures 11 and 12 show the top and bottom stores of total sales in Des Moines. Figure 11 shows that following the state/city trend or having a specialization liquor could be successful, while figure 12 shows neither they followed the trends nor having specialized liquor type. Even those bottom total sales stores didn’t have all liquor options in their store. 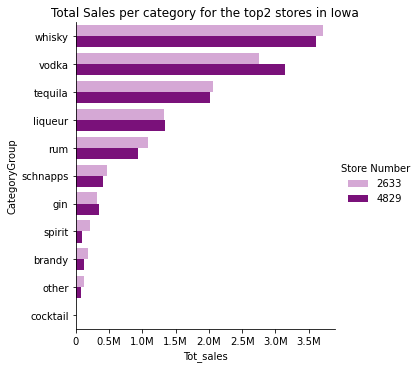 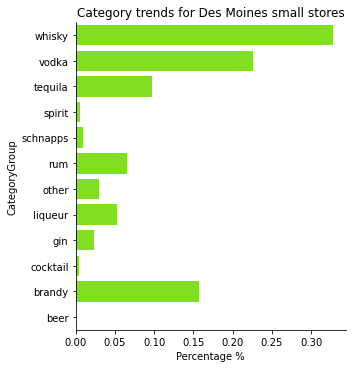 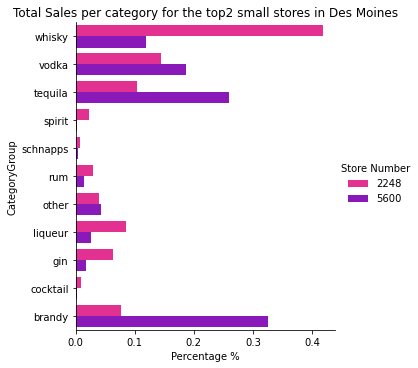 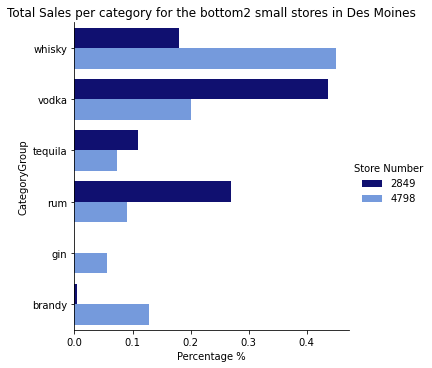 For these reasons, I would like to suggest Des Moines, Polk for a new store and the medium bottle size, over 450ml and equal or less than 1750ml, with having all category options. Especially since Whiskey and Vodka are the most popular in Iowa, the new liquor store may want to store these two categories mainly.

Passionate to challenge problems with certification as a Data Scientist and with experience in engineering background and project management in the food industry. Detail-oriented, eclectic, industrious, easy-going.
View all posts by Jungu Kang >