Contributed by Denis Nguyen. He is currently in the NYC Data Science Academy 12 week full time Data Science Bootcamp program taking place between April 11th to July 1st, 2016. This post is based on his first class project - R Visualization (due on the 2nd week of the program).

Data shows New York City has 8.4 million people, making it the most populated city in the US. Providing clean water to the population is an essential part of keeping the city running and preventing water-borne illnesses from spreading.

New York City gets most of its water from the Catskill/Delaware Watersheds and the Croton Watershed, with 90% coming from the Catskill/Delaware watersheds. Because this area is so vital to providing NYC with clean water, development is regulated to prevent water contamination. In fact, New York City is one of five large cities in the country with a surface drinking water supply that does not require filtration. However, this does not mean that New York does not treat its water. As water travels through the aqueducts, it is treated with chlorine and UV light to kill microorganisms. 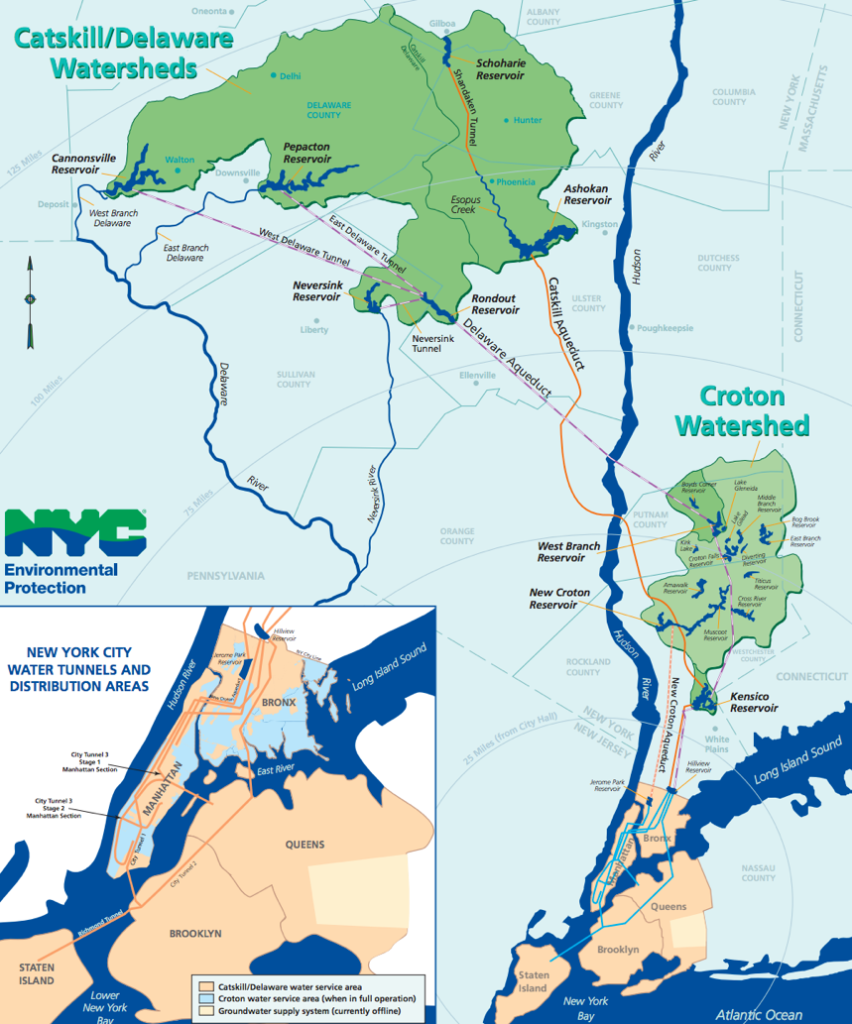 It's nice to know that New York City's water source is very clean and the government takes extra measures to prevent contamination. Even though they do a great job providing clean water, pipes deteriorate over time and storms occur, releasing particles into the water. I was curious to see what type of complaints people had about water quality and what to look out for when drinking unfiltered water. A few initial questions I had were:

NYC water quality data was retrieved and analyzed from January 2010 to April 2016. The data contained 6886 filed complaints of water quality, of which 6792 were closed. Since analysis of water quality would also include response time, closed cases were only used. Upon inspection of data, 3 cases stood out. 1 case had a negative response time, meaning that the case was resolved prior to filing and this did not make sense. 2 cases took 5.5-6 years to resolve and looking at the close date, the complaints were closed within 4 minutes of each other, indicating that they may have just been closed because they had been open for a while and may have been forgotten or incomplete with a missing close date.

Data on Cases per Year 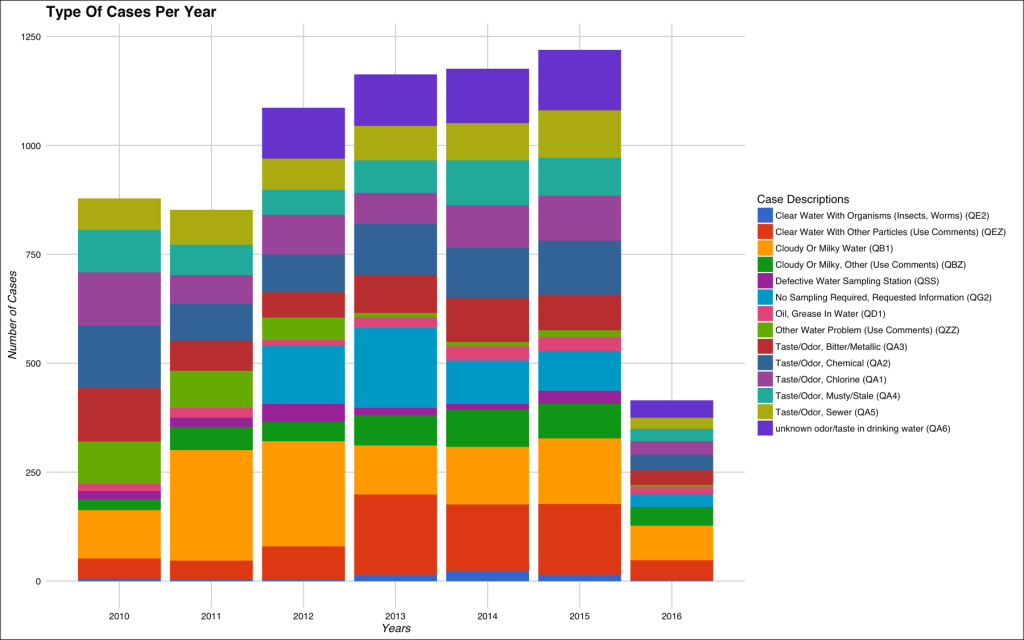 I thought cloudy or milky water could vary with seasons or storms and so I decided to plot the number of complaints against the seasons.

Data on Cases per Season 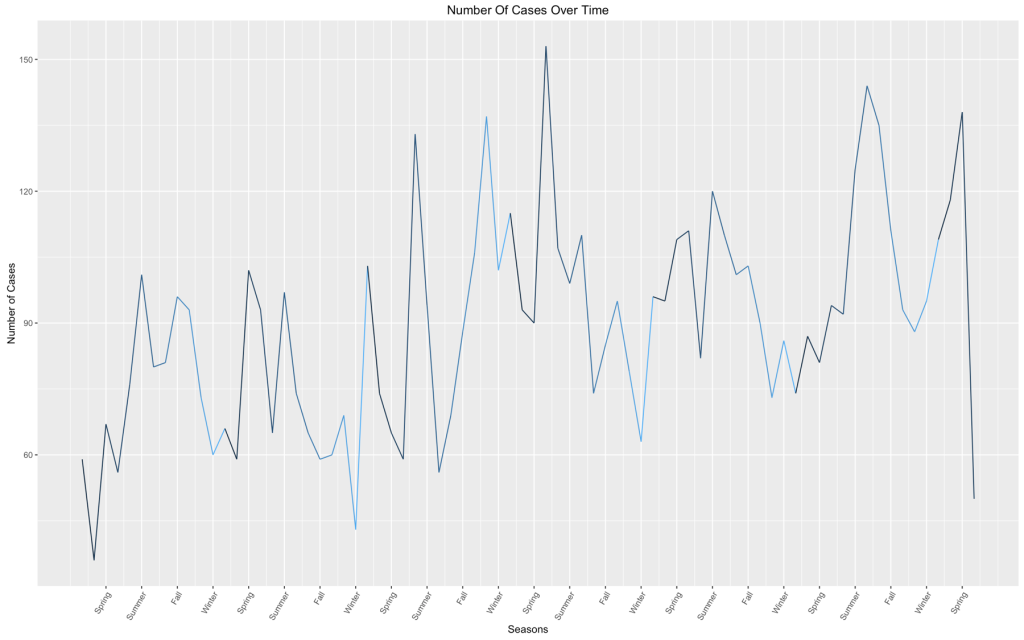 Even though there are a lot of ups and downs, there does not seem to be a pattern with the seasons. One season may have highs in one year but lows in another. Because there was no pattern, I decided to look into location to see whether different locations have different complaints.

Data on Water Quality in Boroughs 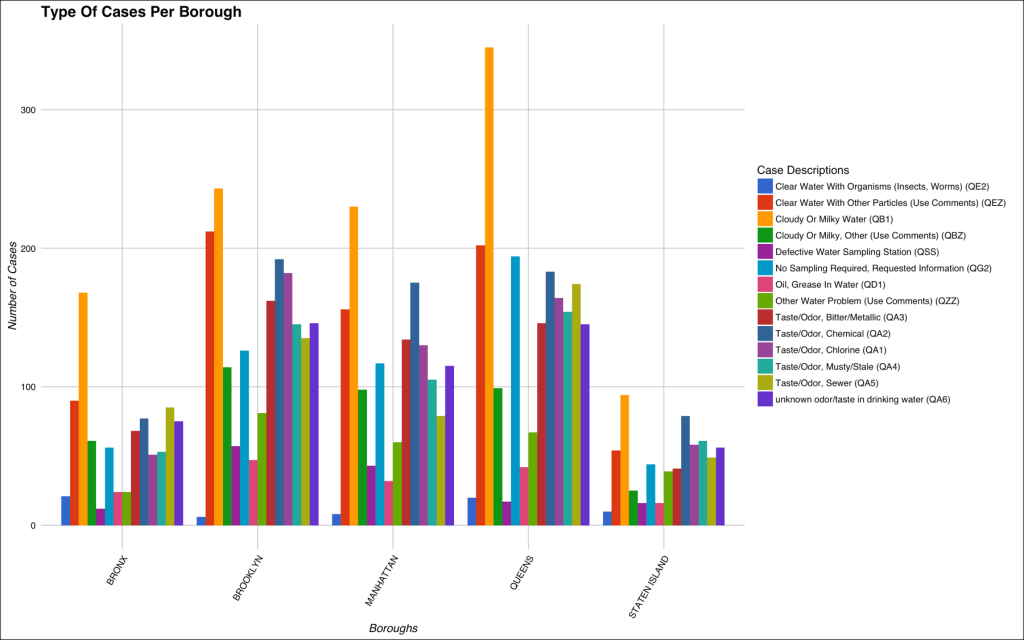 It was interesting to see the types of complaints received but another important factor in water quality is how long water problems are resolved after complaints are filed.

How fast are cases resolved? 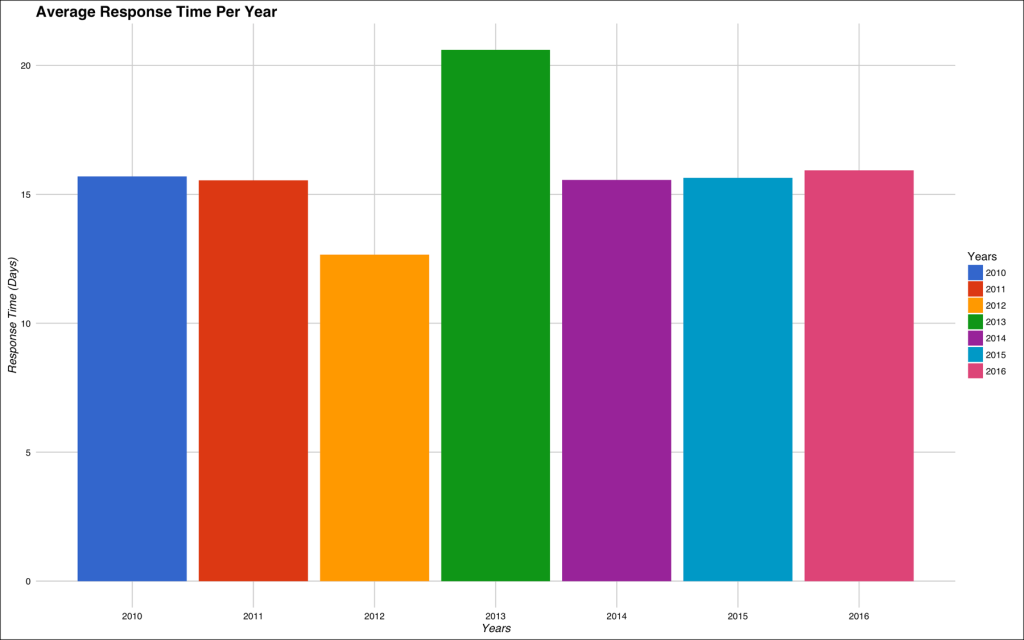 There is no decrease in response time over the years but there is a spike in 2013, which may have been effects from Hurricane Sandy. Since resolution time did not seem to change over the years, it would be interesting to see which complaints take the longest to resolve.

Does the type of complaint affect resolution time? 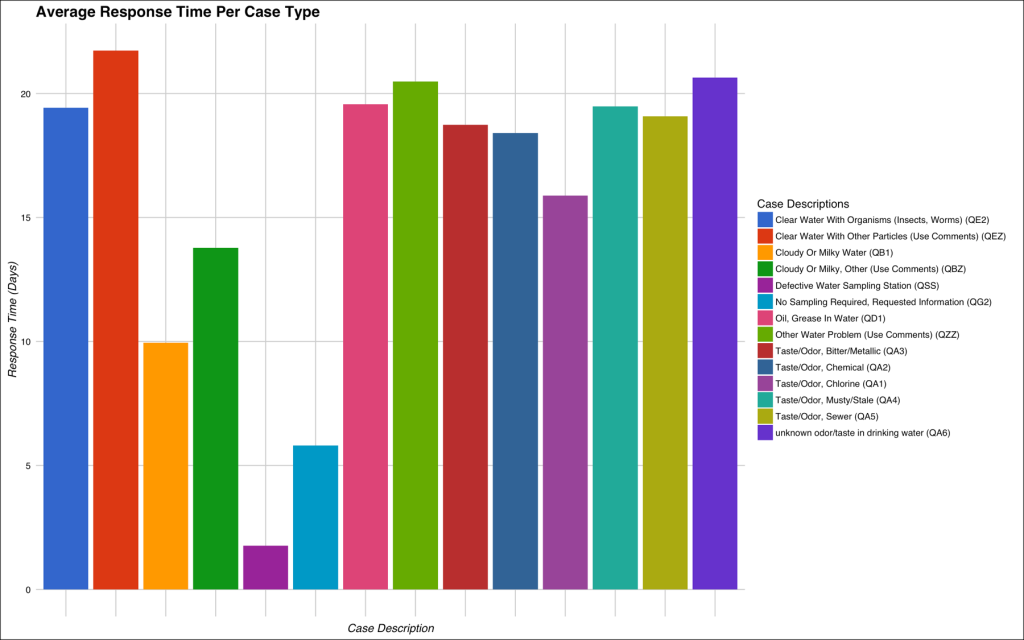 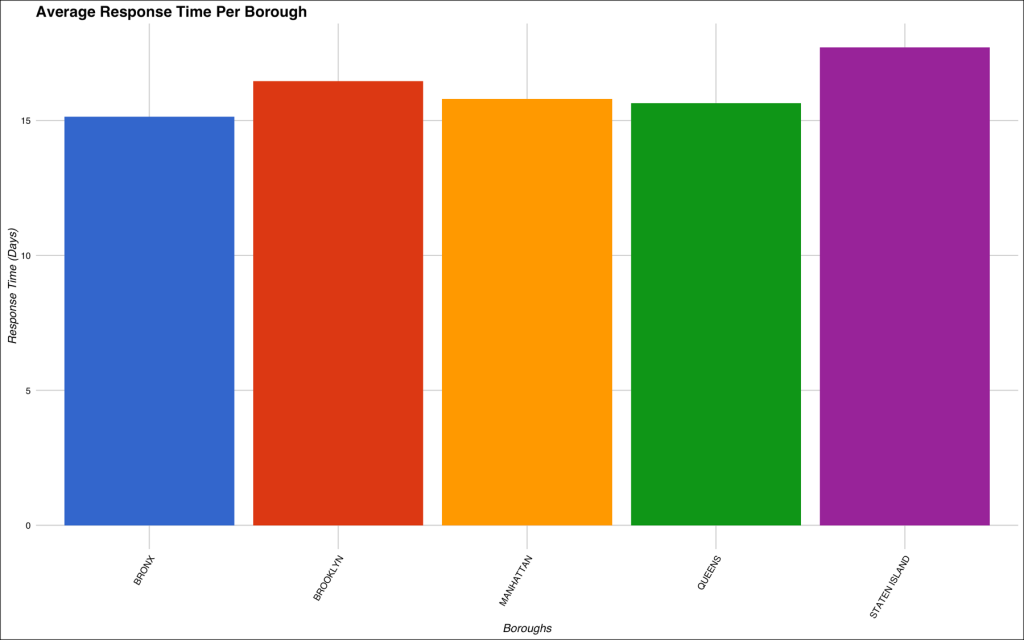 There does not seem to be a big difference in resolving cases in different boroughs. Staten Island's average resolution time is 1-2 days more than the other boroughs.

Gabriella July 7, 2016
I was waiting for this type of topic. Thank you very much for the place.

Melody June 27, 2016
You've got a great blog here! would you like to make some invitation posts on my site?