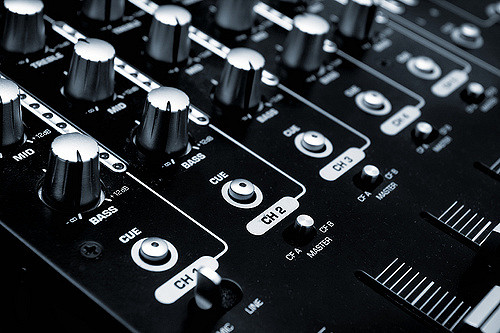 I am interested that starting from a music production company's viewpoint, how would they choose what kinds of singers would be the money makers and what factors would affect artists' performance. The billboard is known by everyone and is an important indication of the achievement in music. So I web-scraped data from the billboard to see why some artists can keep a long time of creativity and popularity so that to help music company to identify those artists with potential.

Let's take a quick look at the overall data distribution. The x-axis is each singer, the y-axis is the count of their appearance.

This is a graph for all the singers from 1990 to 2017 that have been on Billboard. We can see that only less than 50% artists can successfully be on Billboard again.  However, several artists can always be on the Billboard, I am curious those artists with multiple appearances. I start my analysis with music genre.

Genre Popularity over the years: 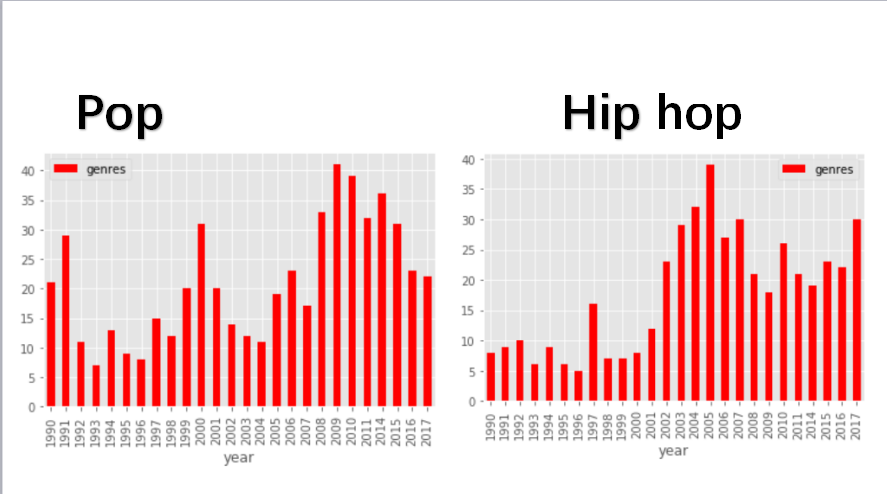 Pop music and hip-hop have the largest singers group after 2000. we can see from the pop seems to drop a little bit then it was 2014, but the trend is growing. Hip hop is very similar to Pop, which was not as favourable in 1990 -2000, and it increased dramatically after 2002. 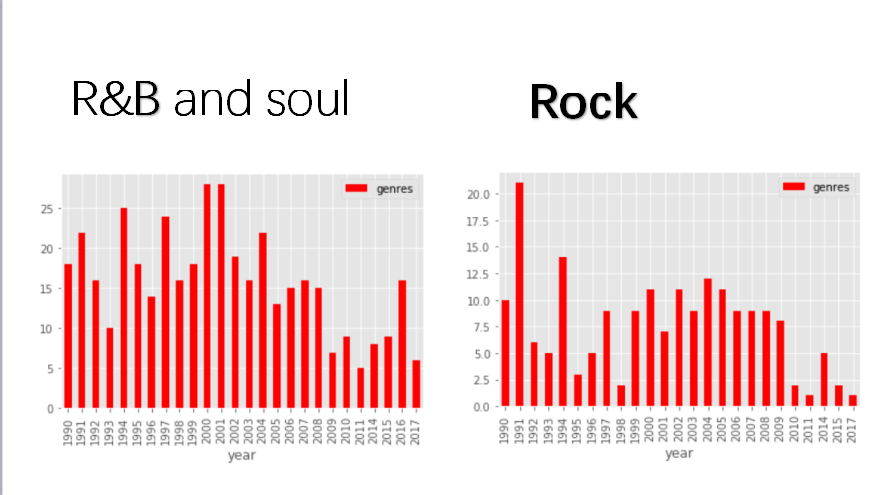 R&B and Rock are used to be very popular before 2007. but we can see the trend for R&B and Rock is worse and worse. overall R&B is much better than rock,  overall it has more song on Billboard in every year. 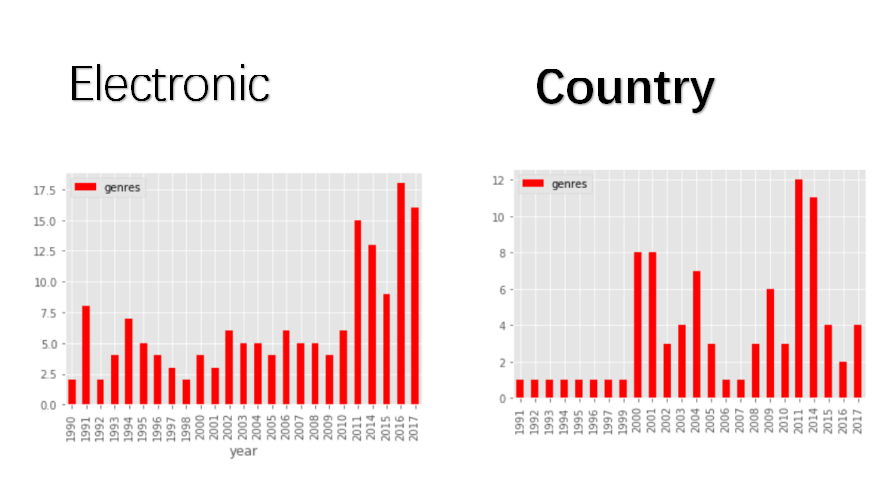 After carefully looking at each genre dividually, we would also want to see how each genre compares to each other. 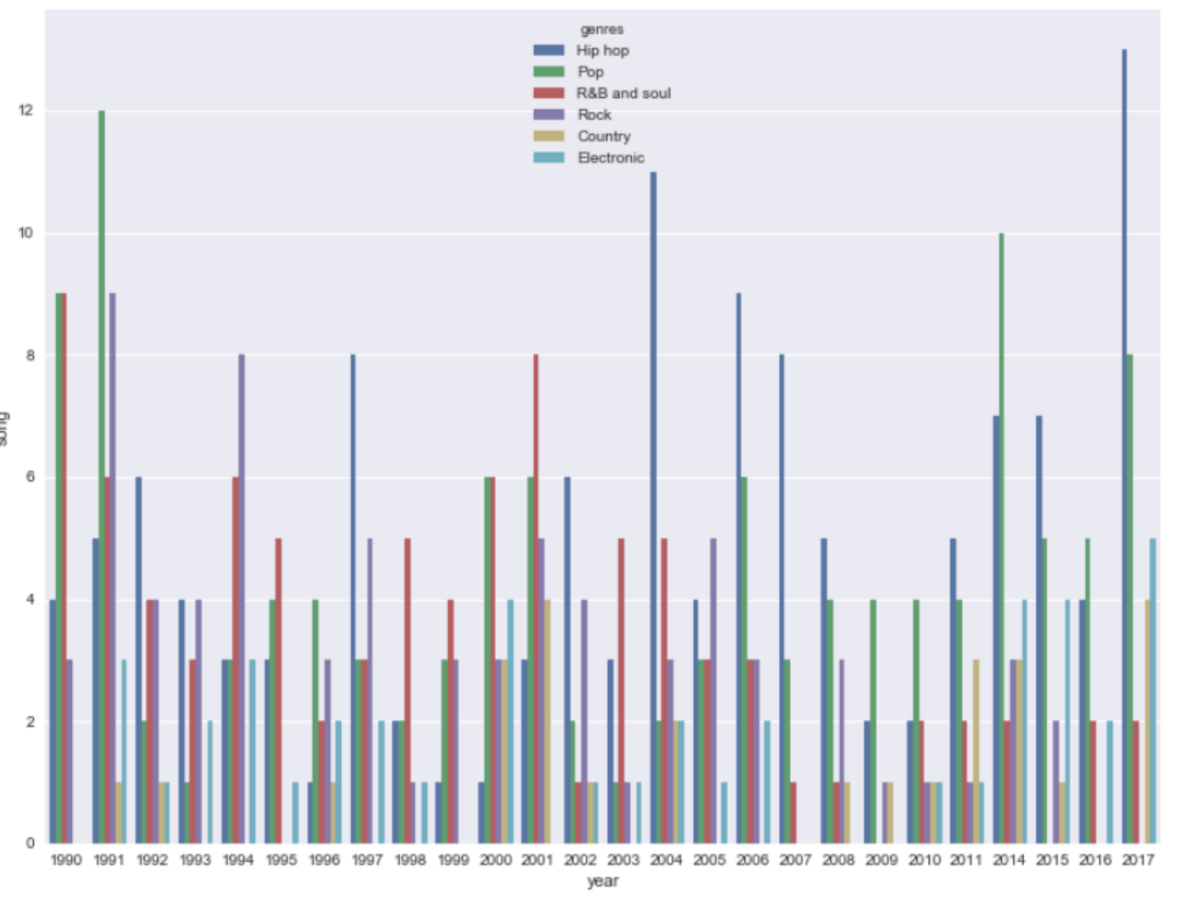 This is the graph of artists that only appear one time.

We can see there is the most popular genre is hip-hop music and the second one is popular music. This two genre almost dominate after 2005. But before 2005, the market is more distributing evenly, and rock music is also a major genre at that time. 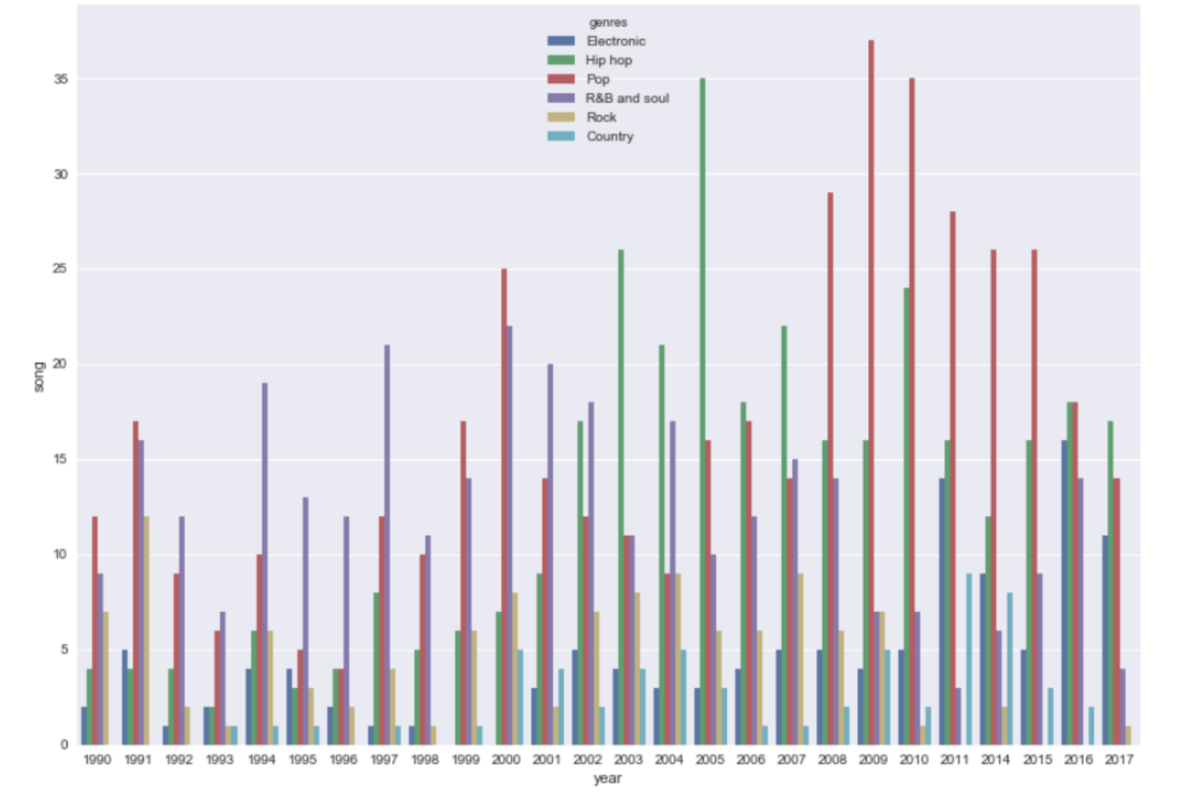 This is the graph of artists that appear multiple times.

After analysing the comparison, we can find an interesting fact that the genre of artists that appear only once usually follow the trend of those artists that appear multiple times. For an example, the most popular genre appear in 2015 usually would be the one-timers' popular genre in the next year.Because of this, I was wondering whether the creativity or something you come up new is an important factor for singers. So I want to take a look at how many singers write their own songs.

Singers write their own songs: 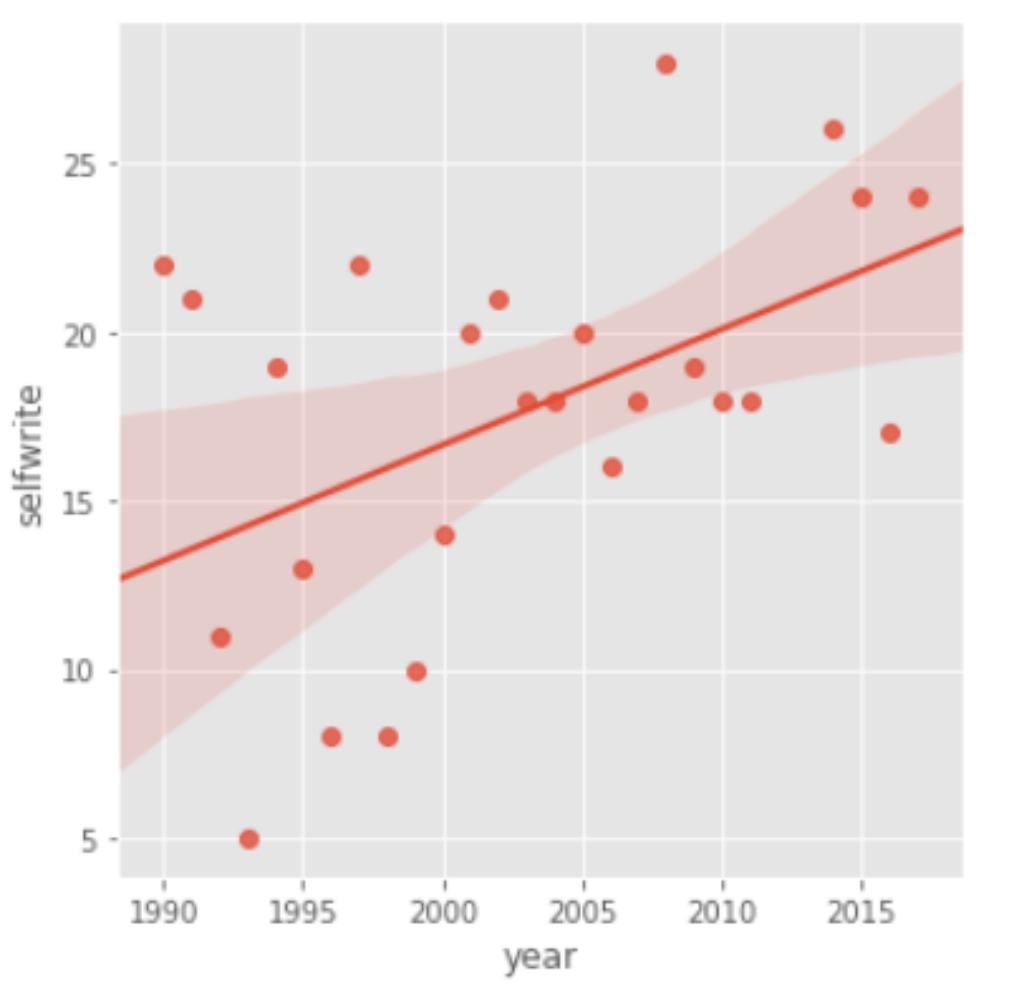 From this regression, although there are some ups and downs, we can say the major trend that singers write their songs is going up.

If the company considers short-term profits, they can start contracts with those singers have a similar genre that matches recent popular genre. But if the company want to pursue long-term profit, artists that create their own things than following the trends would be a better choice.