Billboard is one of the most important and famous music charts.  It provides lots of information for both listener and producer. The Billboard music chart used a straightforward cumulative total of yearlong sales and airplay points to calculate each piece’s  ranking position.  I wondered how are the Billboard ranking directly related to the artist's’ production. So I performed some simple analysis to test.

I decided to do a web scraping project to discover more information from this chart from 2006-2016.

I calculate the total quantities of each artist's’’ work that is ranking on the chart for the 2006-2016 period. I picked the top 20 artists from each chart to visualize more detail.

Rihanna has a domain advantage for this decade. As we can discover from the graph, she has a total of 30 songs on the Billboard Top 100 songs from this time period. 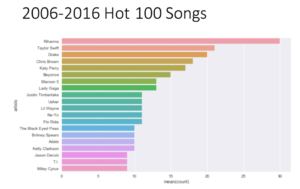 The second graph shows us information about how many songs from the artists are ranked in a particular year so that we can discover how those artists’ work performed each year. 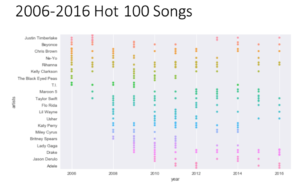 This word cloud shows the most popular words from all the top ranking song titles. That indicates which topics are popular in this decade. 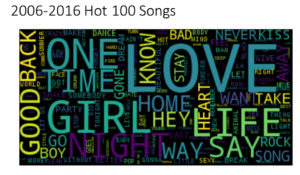 The gender chart shows if gender is a factor in appearing on the top 100 chart. It appears about evenly divided between male and female artists. The group category stands for music group or bands. 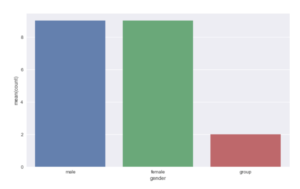 This chart is showing how popular are these artists every year in this decade. We can see that Rihanna and Kenny Chesney are on the chart every year. 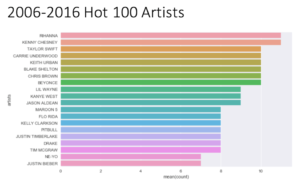 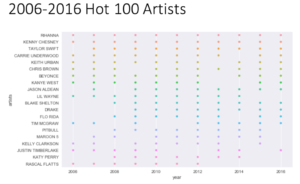 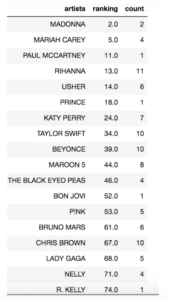 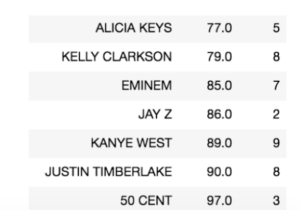 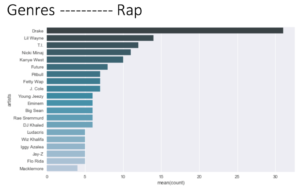 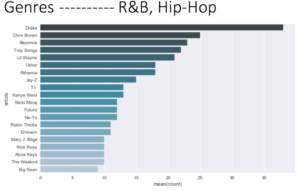 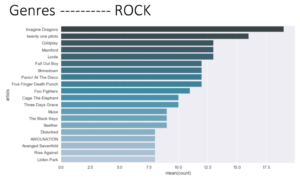 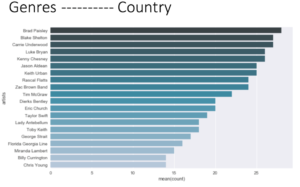 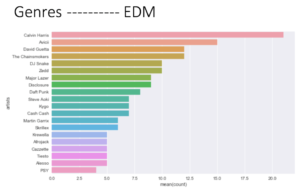 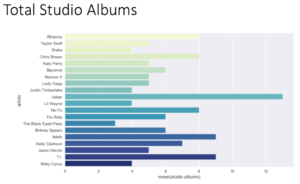 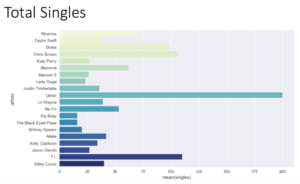 It shows that the artist's production has no direct linear relationship with the Billboard chart ranking. 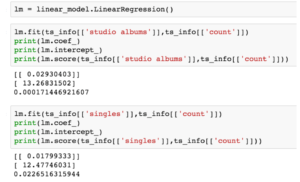 For the fully detailed code and the result, please check with my GitHub: https://github.com/nash13cxw/BillboardAnalysis.

Xiaowei holds a Bachelor’s degree in Finance and now is pursuing his Master’s in Biostatistics at George Washington University. Xiaowei discovered his passion in data through research projects in graduate school, where he worked with professors on analyzing...
View all posts by Xiaowei Cheng >