Is Trump Right? Do People feel less safe now than in “olden” days?

The Trump Campaign and the Hillary Campaign fight over the facts about crime rates, with Trump insisting that people are less safe now than they used to be. Do Americans feel safer or less safe compared to decades ago? Every person has his own feeling and answer, but here let us visualize the data from the FBI to see whether people are safer or not.

Hillary Campaign: We are living in the safest time! 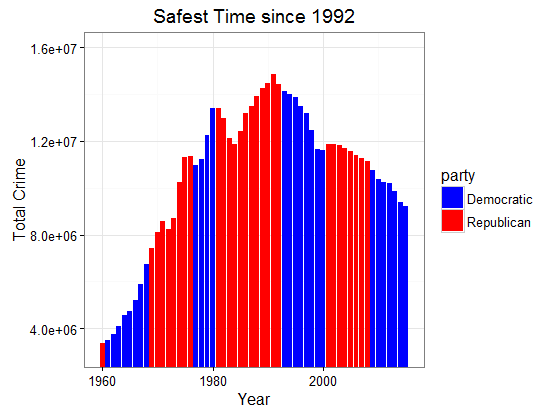 Looking at crime statistics (right) since 1992, the number of total crime has continued to drop for two decades. It fell both under Democratic presidents and during George W. Bush’s terms.

We must say We are living in the safest time since 1990s.

Trump Campaign: After 2012 the country fall in danger!

Both crime cases were counted as one, but which one would make you feel  more unsafe? Of course, the answer is murder.

In the right bar chart: the violent crime statistics tell you Donald Trump’s feeling is the truth. After 2012, President Obama's 2nd term, the number of murder and rape victims went up every year at an increasing rate.

The fact is the number of violent crime have risen since 2012. 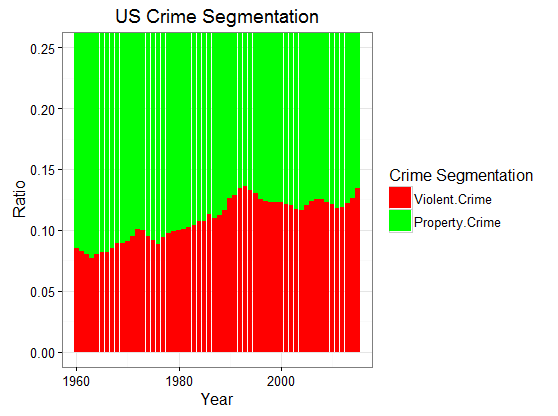 If you can't understand “what a disaster” it is right now, left is the US Crime segmentation analysis.

Trump Campaign: The US, not Trump, has become more dangerous to women! 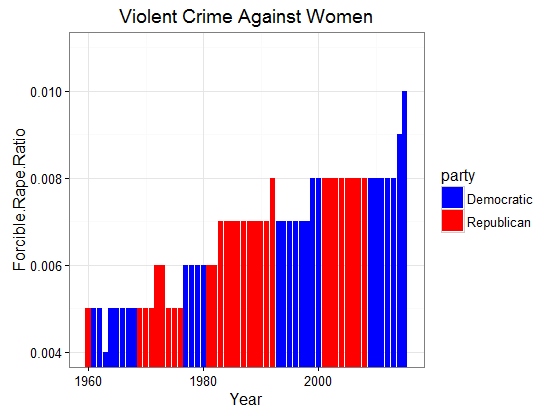 In the US, the percentage of women who were victims of violence has grown in the past 60 years. But in the past 8 years, the ratio of rape in the crime segmentation doubled as much as in the past 20 years. How dangerous is this for women?

In the past 30 years, the possibility  that a woman would be the victim of a rape has  doubled!!  However, this recent increase in the data could be from more women coming forward and reporting rape. 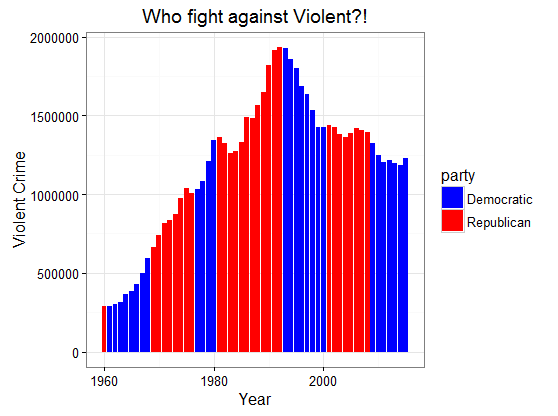 From the historical data of the past few decades, you can find that Democratic presidents have been more successful against the violent crime. In the past 24 years, one of the democrats’ achievements is that the violent crime was cut by almost 40%.

The Hillary campaign claims that whenever a Republican ruled the US, they ruined the country and the murder and robbery rates increased insanely.  Does the US actually not get any safer under Republicans? 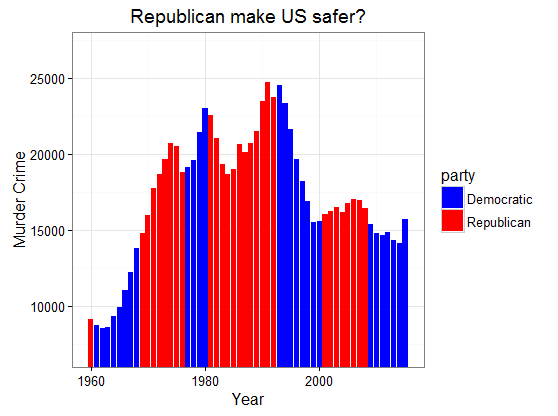 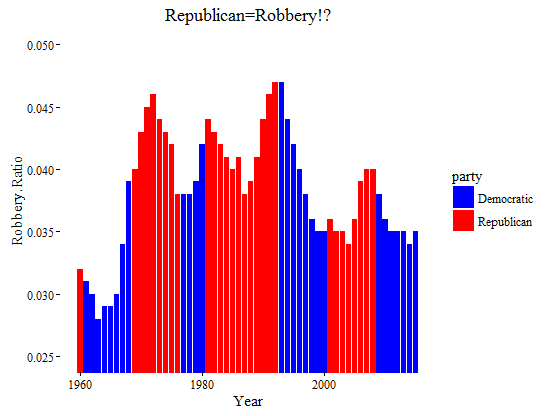 What do you think the most relevant facts are ?

In the end, as it turns out, both Hilary and Donald are right.  In the past 3 years the total crime numbers are under control, but the violent crime stands out as on an escalating trend. This is why  many people claim to feel more unsafe now.