While many public datasets (on Kaggle and the like) provide Apple App Store data, I was surprised to find that there are not many counterpart datasets available for Google Play Store apps anywhere on the web. On digging deeper, I found out that iTunes App Store webpage deploys a nicely indexed appendix-like structure to allow for simple and easy web scraping. On the other hand, Google Play Store uses sophisticated modern-day techniques (like dynamic page load) using JQuery making scraping more challenging.

Following this, I published my dataset on Kaggle (you can find it here) to drive app-making businesses to success. Actionable insights can be drawn for developers to work on and capture the Android market! 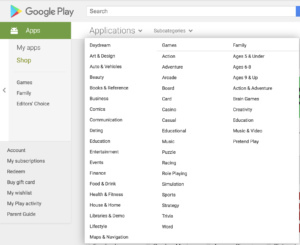 However, this approach was not sufficient since Google uses its own intelligent recommendation algorithms and lists only a few selected apps for each category, based on your user history till now. Due to this reason I was able to scrape only about ~3.3k apps, which would definitely underrepresent the Android market.

To overcome this, I adopted a workaround in which I used the 'search bar' on the top of the page. I made 26Cr where r ∈ [1,5] permutations of 26 alphabets to get a list of all possible substrings (of length 1 to r). I triggered a new search using each of these substrings to scrape new apps. Through this approach, I was able to get another 10.5k apps!

From each individual app page, I scraped the following details:

Under the 'Reviews' tab for each app, I scraped the following details:

I stored these two datasets in separate .csv files. 'App name' was used as the join column for review analysis on each app.

A quick look at the Android market distribution 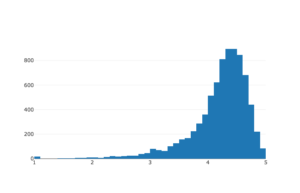 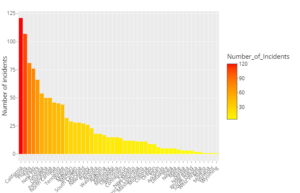 How do app sizes impact the app rating? 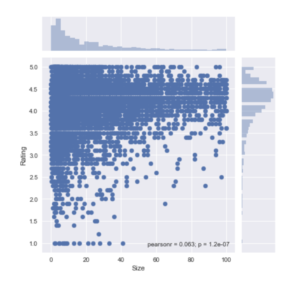 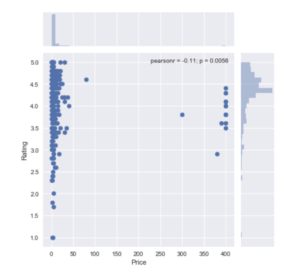 How to price your app?¶

Distribution of free and paid apps across categories 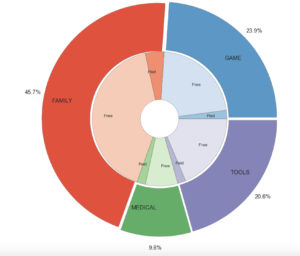 Are paid apps downloaded as much as free apps? 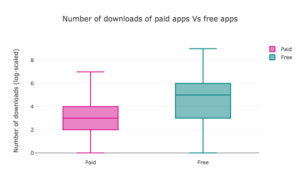 How do the sizes of paid apps vary? 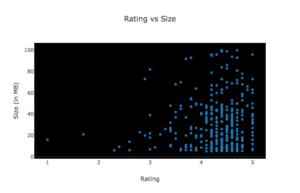 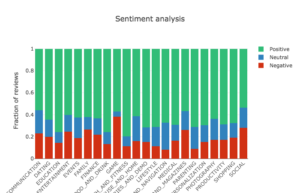 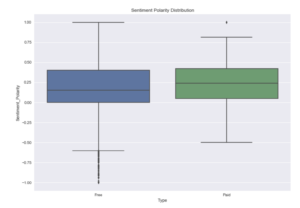 WORDCLOUD - A quick look on reviews 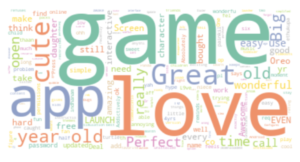 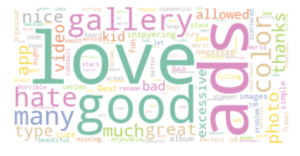 View all posts by Lavanya Gupta >

Google January 14, 2021
Google Every once inside a when we select blogs that we read. Listed below would be the most up-to-date websites that we pick.

Google January 8, 2021
Google The info mentioned inside the report are a few of the most effective offered.

CBD For Dogs December 18, 2020
CBD For Dogs [...]usually posts some incredibly interesting stuff like this. If you are new to this site[...]

Google December 3, 2020
Google Here are some links to web pages that we link to because we feel they're worth visiting.

MKsOrb August 26, 2020
MKsOrb [...]Wonderful story, reckoned we could combine several unrelated information, nevertheless actually worth taking a search, whoa did one discover about Mid East has got much more problerms as well [...]

onhaxx.me August 19, 2020
onhaxx.me [...]Every the moment in a even though we opt for blogs that we study. Listed below are the latest web sites that we select [...]

mksorb.com August 5, 2020
mksorb.com [...]that would be the end of this article. Here youll locate some sites that we feel youll enjoy, just click the hyperlinks over[...]

mksorb.com July 30, 2020
mksorb.com [...]just beneath, are a lot of absolutely not related web sites to ours, having said that, they may be certainly really worth going over[...]

Vijay December 21, 2018
It will be a great delight to stay in touch with you. [email protected]

Vijay December 21, 2018
Hello Lavanya, it is indeed a great work and research carried on by you for scraping and analyzing Google Play sore Apps. Will you be comfortable shedding a bit more light on the logic of the code you worked on by sharing it with me? It would be a great help for me, as I am still learning and want to pursue this path. Thank you so much again, for sharing your valuable research with the world.

Milan November 28, 2018
Hello Lavanya, Really great work at scraping and analyzing Play Store Apps. Very impressive stuff. Would it be possible to share the web-scraper used to get data from play store? It would be really helpful to me for learning purposes. Thank you so much. Milan [email protected]