Has Vision Zero Made NYC Safer?

Oh glorious New York City. Concrete jungle and busy people. Although every New Yorker can give you a different version of "Why New York City is the Best City in the World," there is one thing that is very unlikely to appear on that long list: 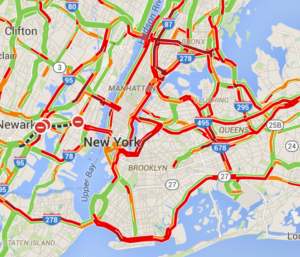 Just another busy day in NYC

The real danger caused by these bad traffic conditions is large number of traffic accidents. In the year 2013 alone there were 297 people killed in traffic accidents within New York City. Therefore, in order to make the roads safer in this city, a public safety program named Vision Zero was initiated in 2014, which aims to reduce traffic fatalities. Now, in July 2016, two and half years after the kick-off of this program, let's use data science to find out whether Vision Zero has made New Yorkers safer on the roads.

Vision Zero originally started in Sweden in October 1997. Since then it has became a multi-national movement and been adopted by many cities around the world.

NYC's Vision Zero Plan was launched by mayor Bill de Blasio in January 2014, two weeks after his succeeding Michael Bloomberg as the Mayor of New York City. Following the announcement, there was a long list of initiatives released by New York City agencies; for example, reducing the citywide street speed limit from 30 MPH to 25 MPH, installing more red light cameras, and increasing NYPD's law enforcement against moving violations. Also as a part of this plan, a dataset has been released to the public and has been regularly updated by New York Police Department, which contains the records of each motor vehicle collision that happened within all five boroughs of NYC. This dataset has made it possible to quantify and review how Vision Zero has affected traffic safety in New York City.

Available at NYC OpenData Website, the motor vehicle collision records within this dataset were surprisingly well structured and relatively clean. As of June 30 2016, there were more than 830,000 records within the dataset, along with 29 variables that describe different aspects of each accident - date, time, location, vehicle type, contributing factors toward accidents, etc. However, before we start to work on numbers, there are some little issues with this dataset that needed to be solved:

First of all, let's load data and R libraries for this analysis:

Records in this dataset only traced back to July 1st, 2012, which means a yearly comparison based on calendar years would have to exclude the year 2012 and 2016 because their data do not have same time scale as the year 2013 - 2015 (See Figure 1). 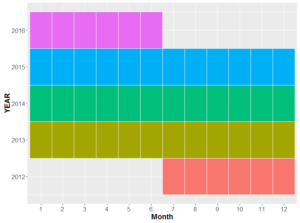 Fortunately, by the time this analysis was conducted in July 2016, 48 consecutive months of data been included into this dataset; therefore we can break the records into four 12-month periods, while each period contains same time range and still covers a full cycle of twelve consecutive calendar months (See Figure 2). 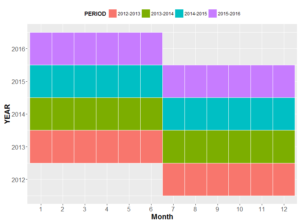 Since the target of this analysis is to evaluate the efficiency of Vision Zero, not all 29 variables within the dataset are useful for this purpose.  Therefore, number of accidents, fatalities, and injuries were selected as key factors to be used in this analysis.

Time to work on statistics! 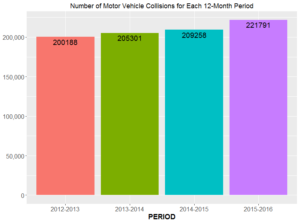 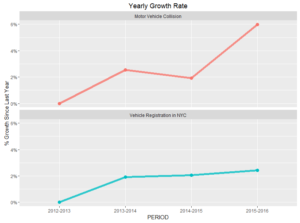 Figure 4. Change Rates of Car Accidents and Vehicle Registration in NYC by Each Period

Figure 4 looks much better! Now look at the upper part of this chart, the red line illustrates the growth rate of the total number of car accidents in each period (growth in period 2012-2013 was 0% because it has no prior numbers to be compared with). It seems the number has been increasing in each period. Only period 2014-2015, which covers the time point of Vision Zero's announcement,  shows a slower growth,

Now, does this suggest Vision Zero has been failing? Not necessarily. Look at the lower part of this chart, the blue line shows the percentage growth of vehicle registration in New York City (growth rates calculated based on data from NY DMV), and it has been growing at a similar rate as accident growth! Maybe that explains why accidents have been increasing consistently?

Let's explore more about other aspects of accidents. 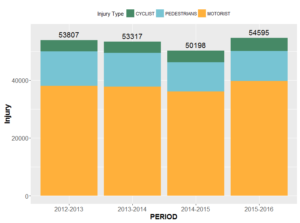 Figure 5. Total Number of Injuries in NYC Per Period

Figure 6. Total Number of Injuries in NYC Per Period by Types

Figure 5 - 7 summarized total injuries caused by traffic accidents in each period. Interestingly, although total accidents have been growing, injuries has been relatively stable -- except in 2014-2015 period, which had a significant drop in injury count.

What about each injury type?

Injuries break down by category shows a mixed pattern: Cyclist injuries, although small in absolute numbers, has been consistently climbing over the years; Pedestrian injuries stayed low after the big drop in 2014-2015; Motorist injuries, as the most common injury type, followed the exact same drop-bounce pattern as overall numbers.

Increasing accidents and fluctuating injuries.  Things are not looking good well so far. Before making a conclusion to this analysis, the last but most important statistical figure needs to be checked - traffic fatalities. 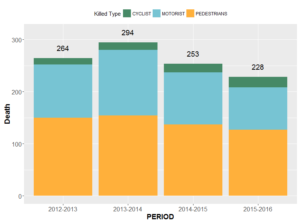 Figure 8. Total Number of Deaths in NYC Per Period

Figure 9. Total Number of Deaths in NYC per Period, Breakdown by Victim Types

Yes, we finally found some very positive outcome! After its peak in the period 2013-2014, total traffic fatalities in NYC dropped 29% from 294 to 228 per 12-month period, and the breakdown of death count by each victim type confirmed same improvement (except consistently growing number for cyclists again, oh poor cyclists). Given the fact that total accident number has been increasing, this drop in traffic fatalities is a real achievement, as deaths per 1000 accidents decreased 39% from nearly 1.5 before Vision Zero's announcement, to slightly above 1 in the last period.

Given so much information provided in this Motor Vehicle Collision dataset, we can do a lot more analysis to explore NYC's traffic conditions. For example, we can use coordinate info to find locations with the most motor vehicle collisions in New York City (coordinates rounded to 2 decimal points): 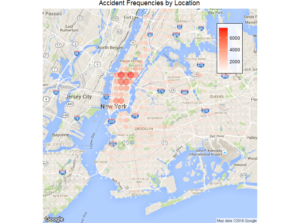 Ha! Looks like the majority of accidents happened in Manhattan; more specifically, Midtown Manhattan and Soho-Little Italy look like traffic accident black holes on this map. This seems very reasonable because those two areas are lying right between the major paths in and out of this narrow borough -- Lincoln Tunnel, Queensboro Bridge, Queens-Midtown Tunnel, Holland Tunnel and Williamsburg Bridge. I guess that is why Google Maps always directs users who want to cross Manhattan to head north.

Similarly, another map can be made to find locations with highest number of deaths since July 1, 2012: 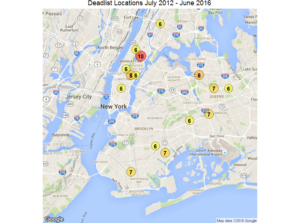 Hmm... Look at those scary dots around Central Park -- Midtown Manhattan, Morningside Heights, and East Harlem. This kind of chart can definitely help decision makers to decide which areas should have more traffic control devices installed.

While there is not enough evidence of better conditions in total accidents and injuries, death related statistics did improve significantly after Vision Zero's initiation. Considering that the top priority of this plan is to reduce traffic fatalities, I would say Vision Zero has indeed been making NYC safer by making this city's traffic less fatal.

First of all, although total accidents and injuries appeared controlled for a short period after Vision Zero NYC's announcement, numbers pushed back later. Since injuries may also lead to death or permanent disabilities, it is another threat to the wellness of all residents and tourists. Therefore, NYC government should keep its hard work of improving facilities and road conditions to reduce traffic related injuries.

Secondly, it seems Vision Zero is not benefiting cyclists in New York City, as both injuries and deaths of cyclists caused by traffic accidents have grown consistently since 2012. This crowded city already has a large group of cyclists, especially in Manhattan; and this group has been growing quite fast, for example, Citibike, a public bicycle sharing system that serves many busy areas in NYC, has became a very popular transportation choice in this city. However, road conditions in NYC are still quite hostile to those bicycle riders, since there are very limited bicycle lanes across all five boroughs. Therefore, city government should really pay more attention to secure this group's safety on roads.

It is unsurprising to find out that Midtown Manhattan has more accidents than any other part of NYC, since it has the busiest traffic. However, the large amount of traffic fatalities in upper Manhattan should be brought to the city's attention and further analyzed to improve traffic safety in those areas.

Through years of self-learning on programming and machine learning, Jonathan has discovered his interests and passion in Data Science. With his B.B.A. in accounting, M.S. in Business Analytics, and two years of experience as operation analyst, he is...
View all posts by Jonathan Liu >