This Kaggle competition involves predicting the price of housing using a dataset with 79 features. The data has missing values and other issues that need to be dealt with in order to run regressions on it. My code for this project can be found here.

Regressions don't handle missing values well, so they need to be replaced with a value. Each column uses the Imputation strategy most suited to it. 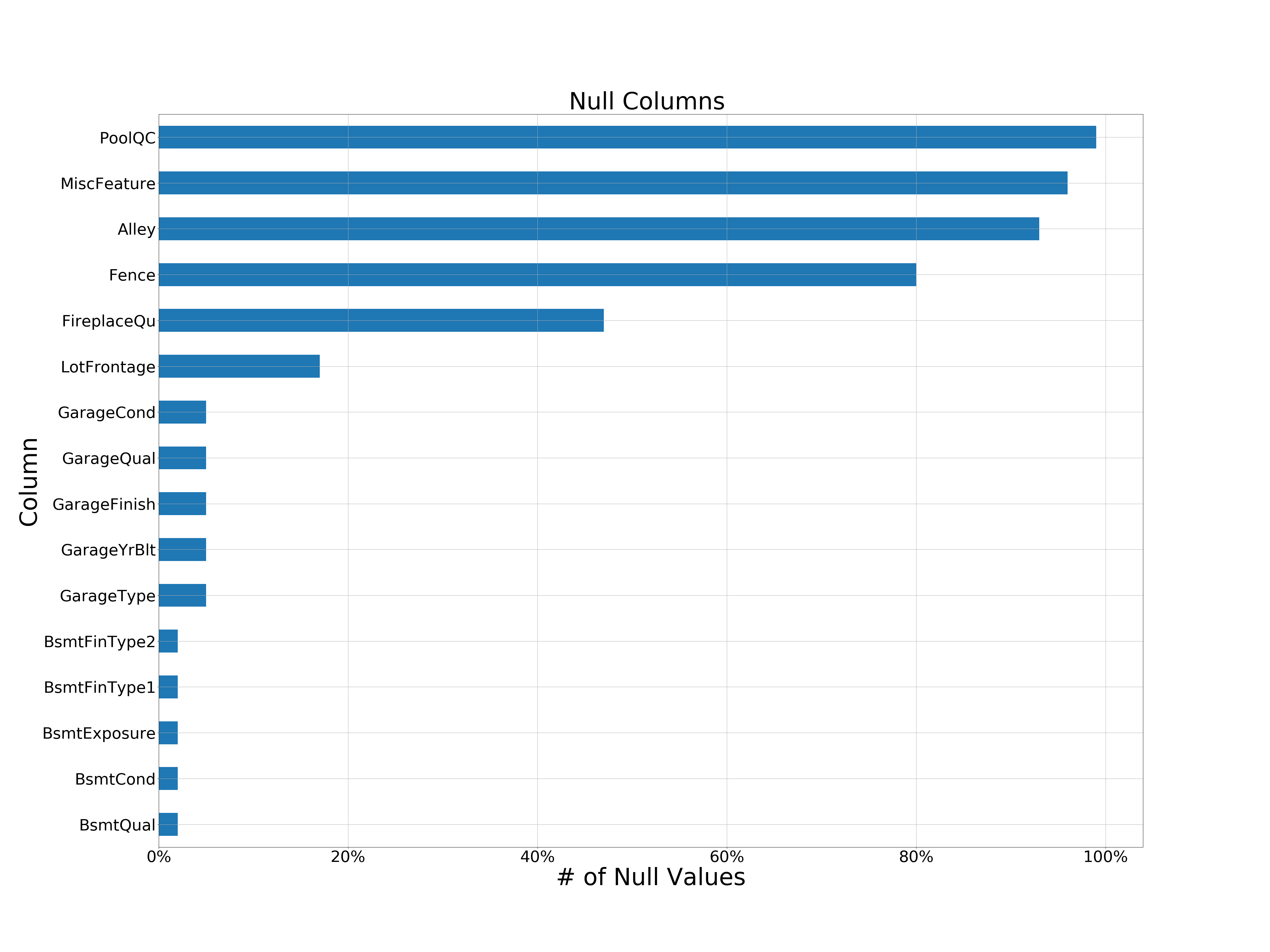 The following columns were removed due to them having so many null values that imputation is not feasible:

The following columns had their missing values filled with a specific value to indicate that the attribute itself was not present.

These columns had a unique imputation strategy.

To make columns more relevant to the data, they were transformed and replaced by new columns.

In addition to the above, SalePrice was transformed into LogSalePrice due to it being more normally distributed as seen below. 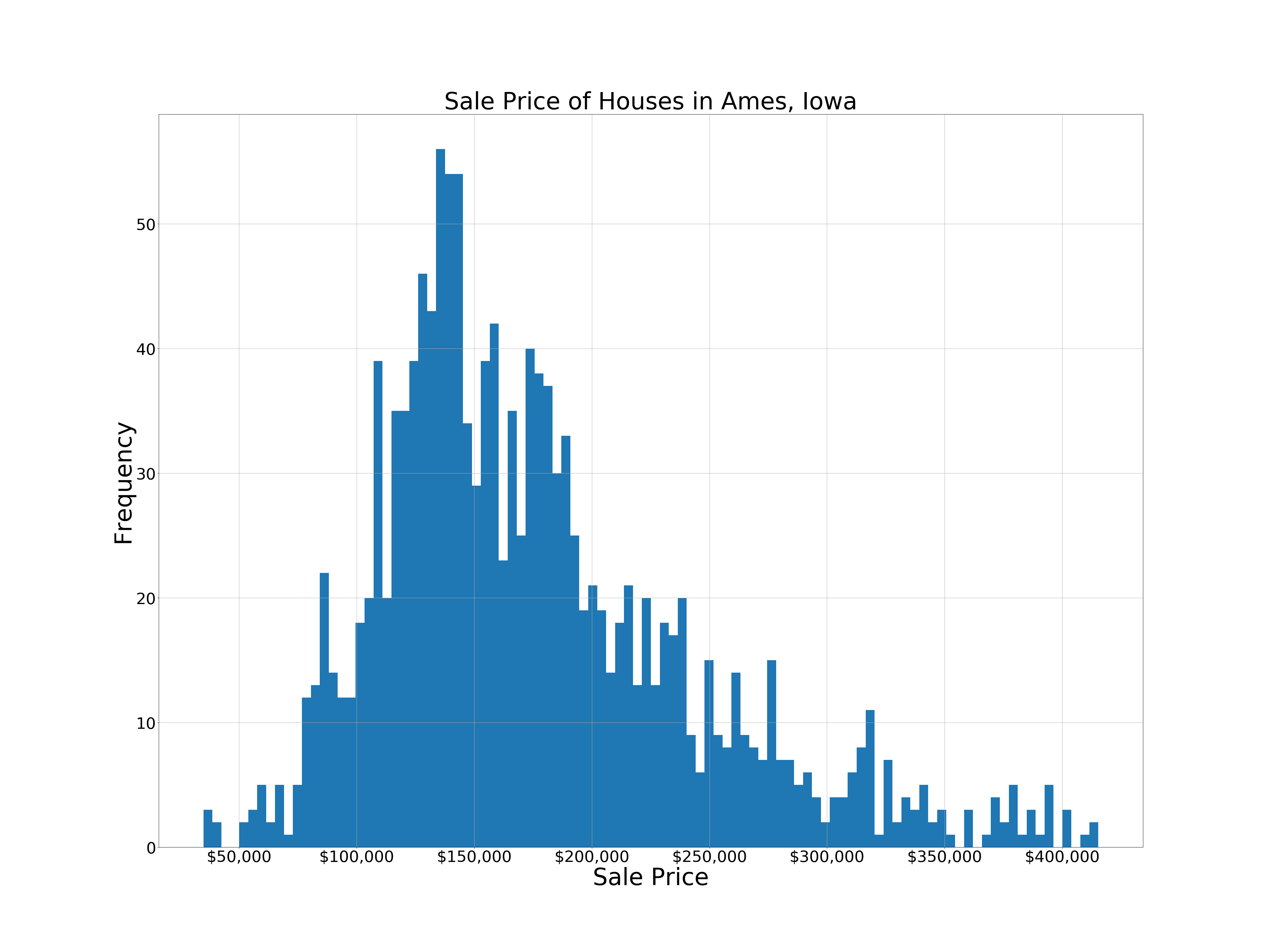 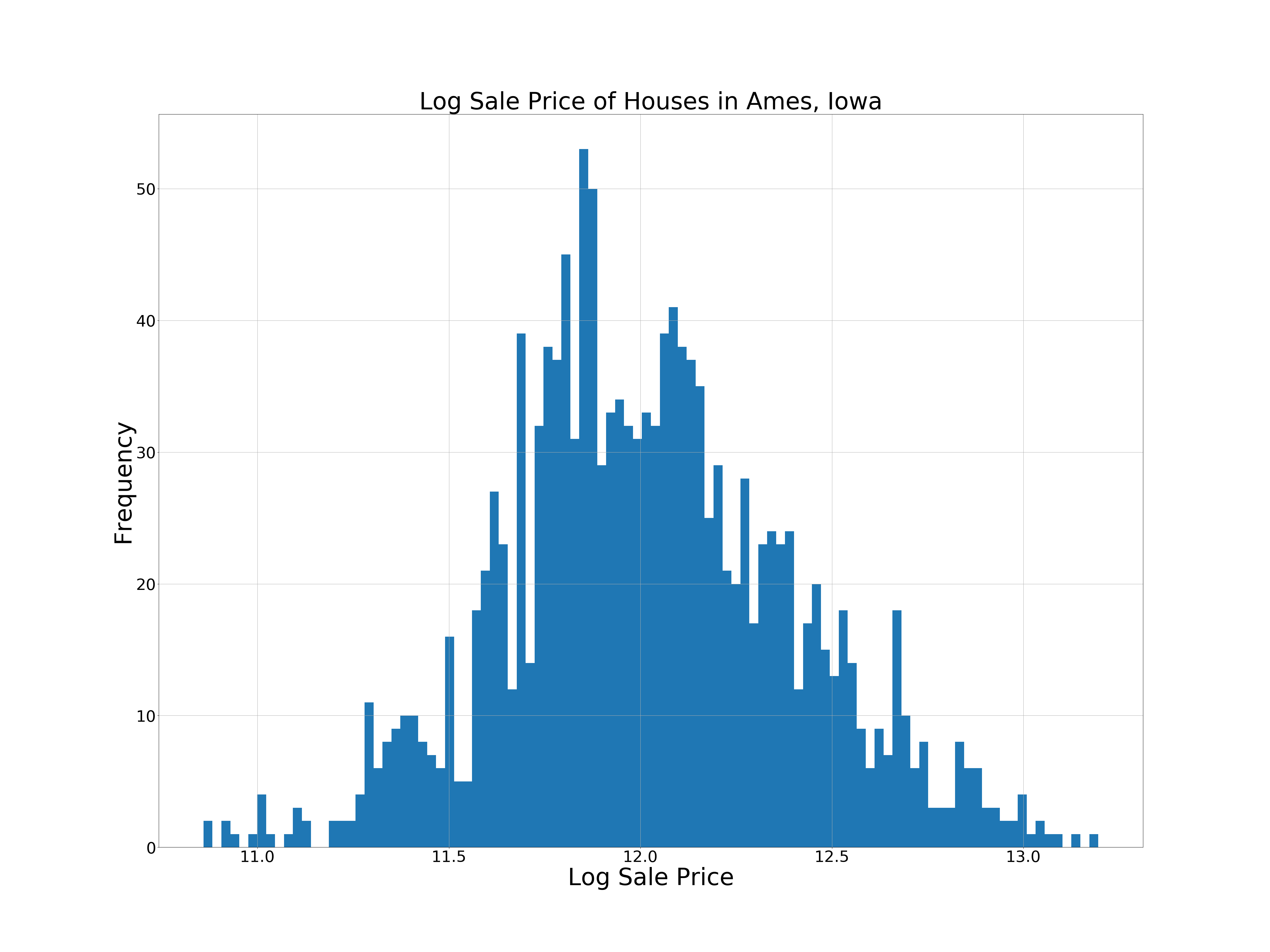 The following regression types were used in this project:

Hyperparameters were tuned using GridSearchCV. Once all regressions were complete, the average of their predictions were used to predict LogSalePrice. 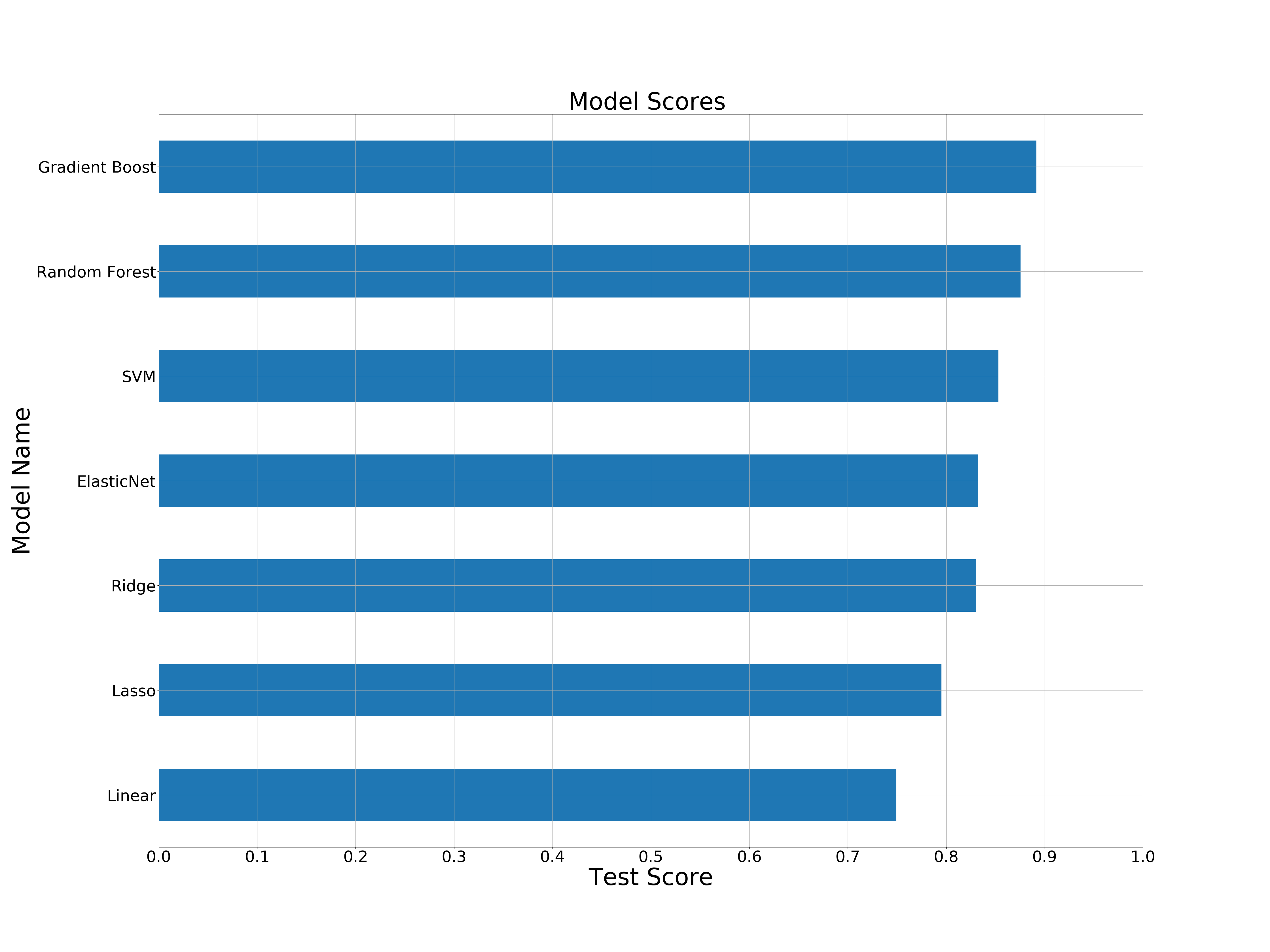 Based on these results, the tree models performed best on the data, and the linear models did the worst. The difference in score between them is about 10%. 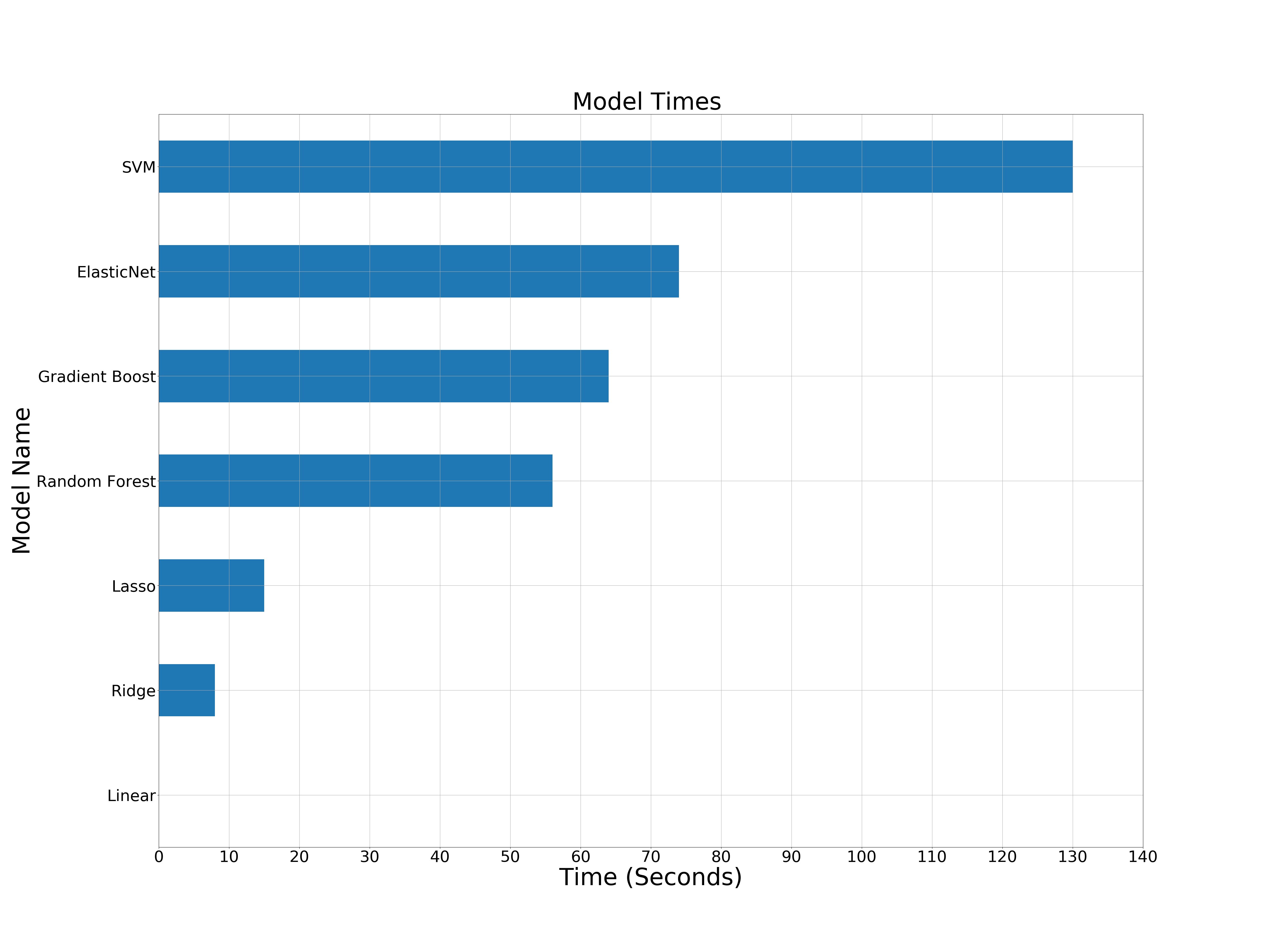 The linear models were faster than the tree models, with SVM and ElasticNet being the slowest due to high hyperparamater tuning. These times do not reflect the models in general, they display their times with the specific hyperparameters that were found using GridSearchCV

Multiple methods of Feature Selection were considered to determine which variables were most important.

VIF, also known as Variance Inflation Factor, gives a number to each feature that shows how much it has in common with other features. High VIF scores are a sign that a feature contains redundant data, and may need to be removed. VIF columns are the columns with a VIF score less than 10 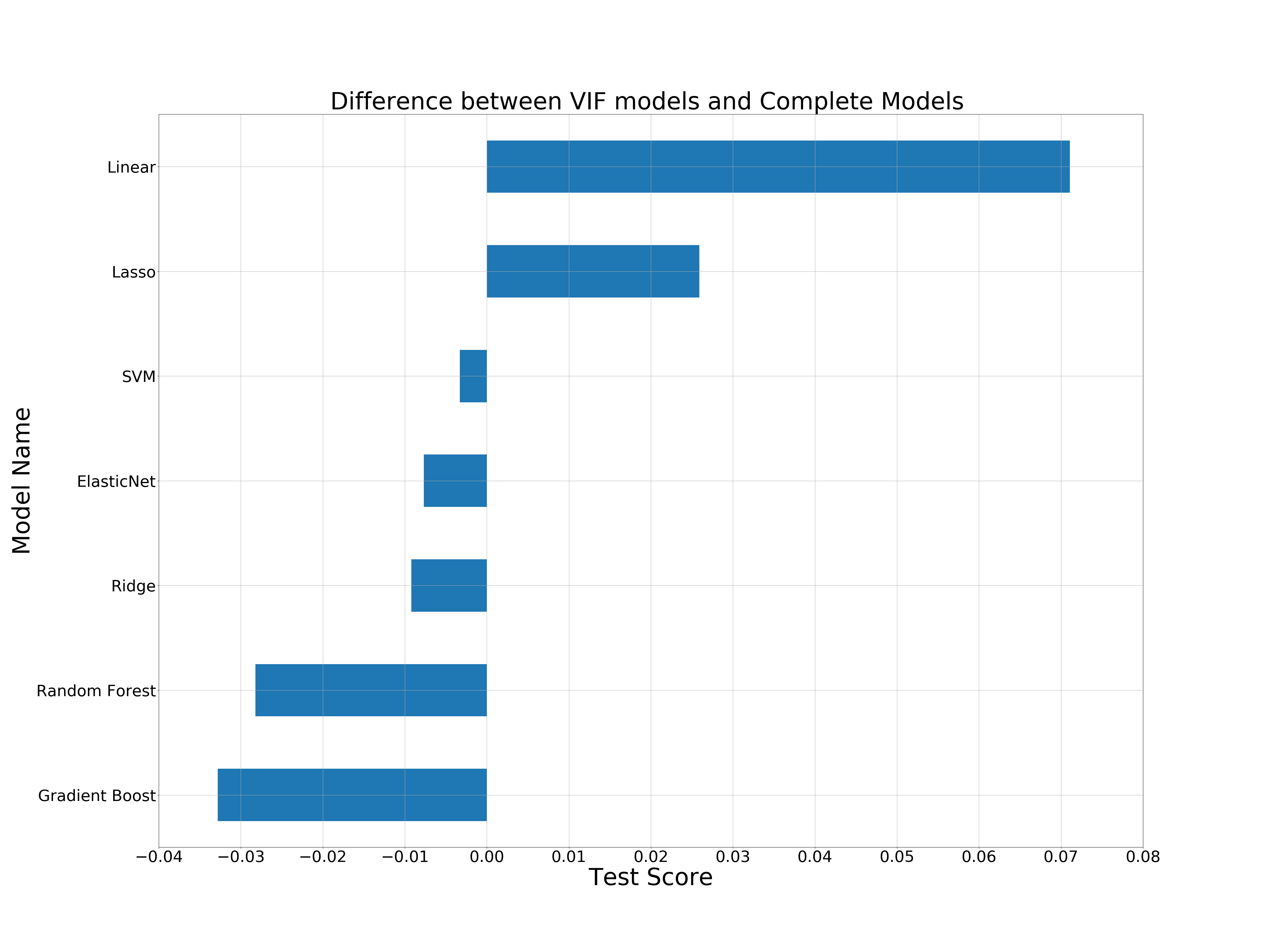 Lasso and Gradient Boost models can be used to determine which features were most important in the model. The top 10 features for each model are shown here: 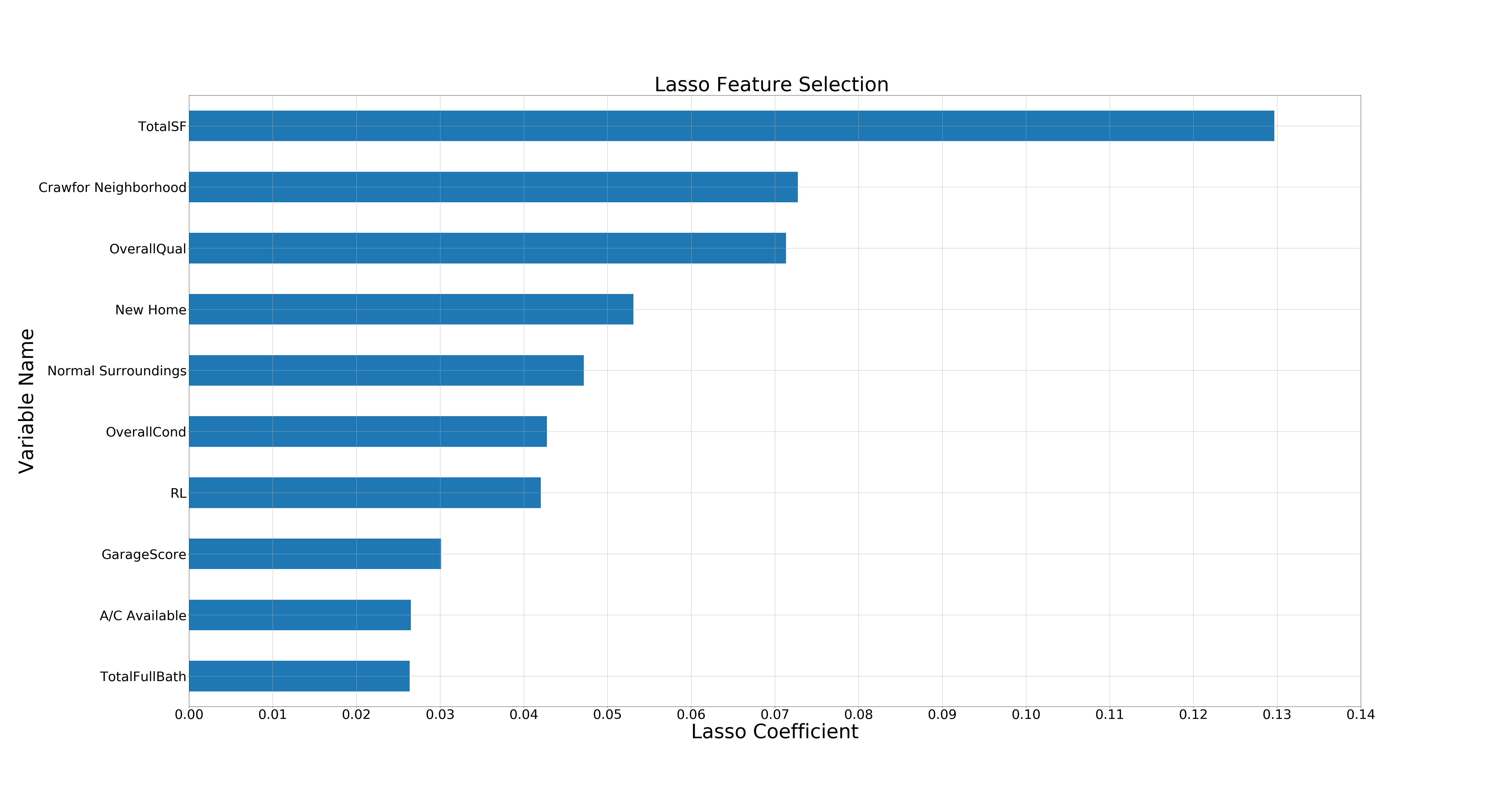 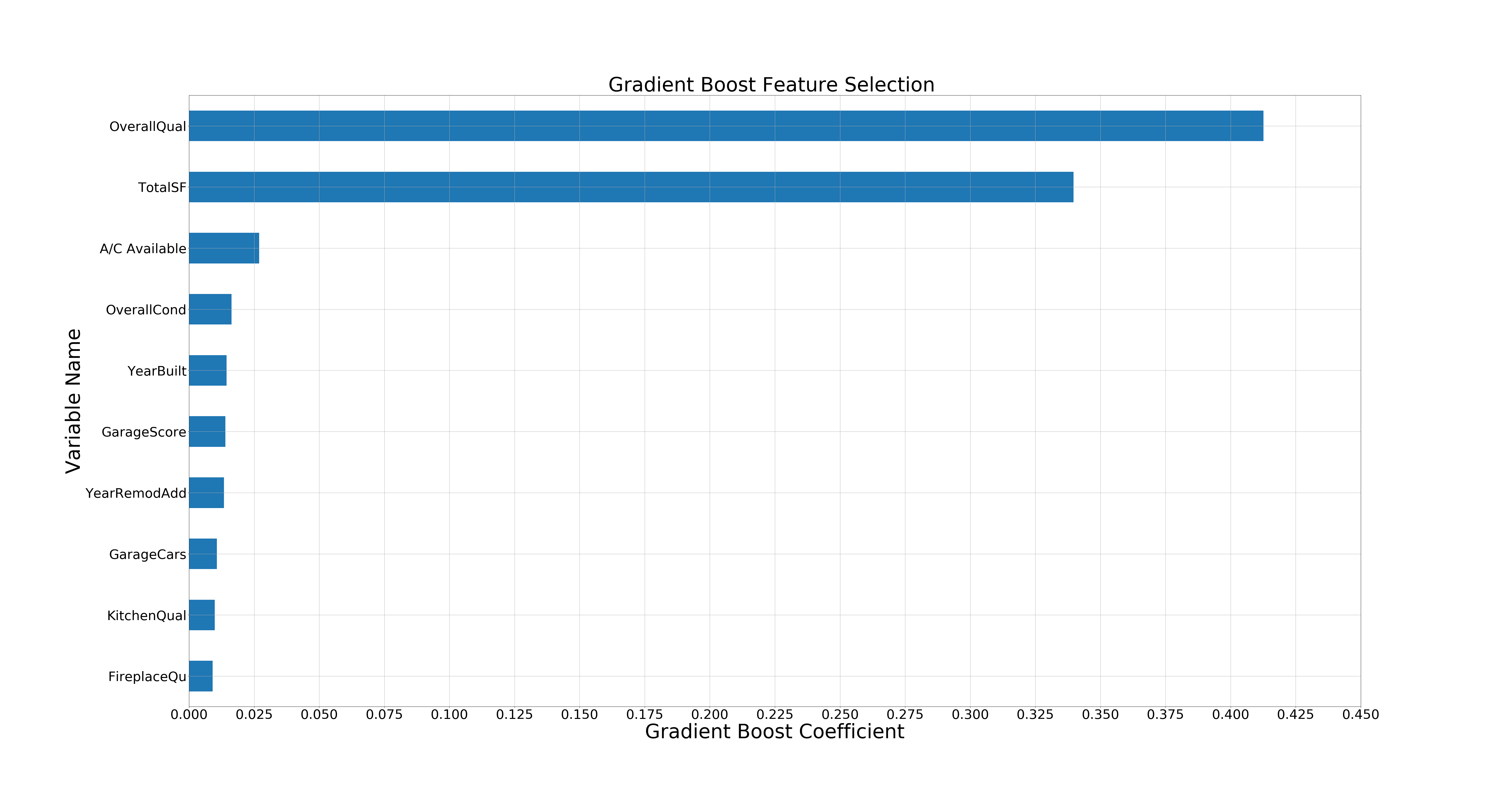 There are a lot of differences between them, but both are consistent in that Overall Quality and Total Square Feet are extremely important in determining house prices.

The final prediction was generated by averaging the predicted sale price from each model. The RSME of the final submission was 0.17251. It is a good first start, but more can be done to improve the results.