The life expectancy in the U.S. has been rising over the past century, owing to the tremendous strides made in biomedical research and in health care management. Over the past few decades there is a steady decline in death from the leading causes but U.S. death rate rose for the third straight year. Americans are dying in different ways than they used to. The United States currently ranks highest in health care spending among the developed nations in the world, yet U.S. sees higher mortality than almost every other developed country.

Cardiovascular diseases remain the most common of death in the U.S. Nationwide the death rate from heart diseases decreased from 507 deaths for every 100,000 people in 1980 to 253 deaths for every 100,000 people in 2014. However, this does not appear to be the case in every part of the country. The local and regional variations in lifestyle, income and healthcare access are contributing to this disparity. Similar trend can be seen in other diseases as well.

To understand how much our location affects our health The Institute for Health Metrics and Evaluation gathered death records from the local jurisdictions and compiled data for all causes of death for the past 35 years. This dataset contains information for all causes of death, including the uncertainty ranges. The full dataset is available on the Institute website. This information aims to help individuals to visualize deaths by county and by year. 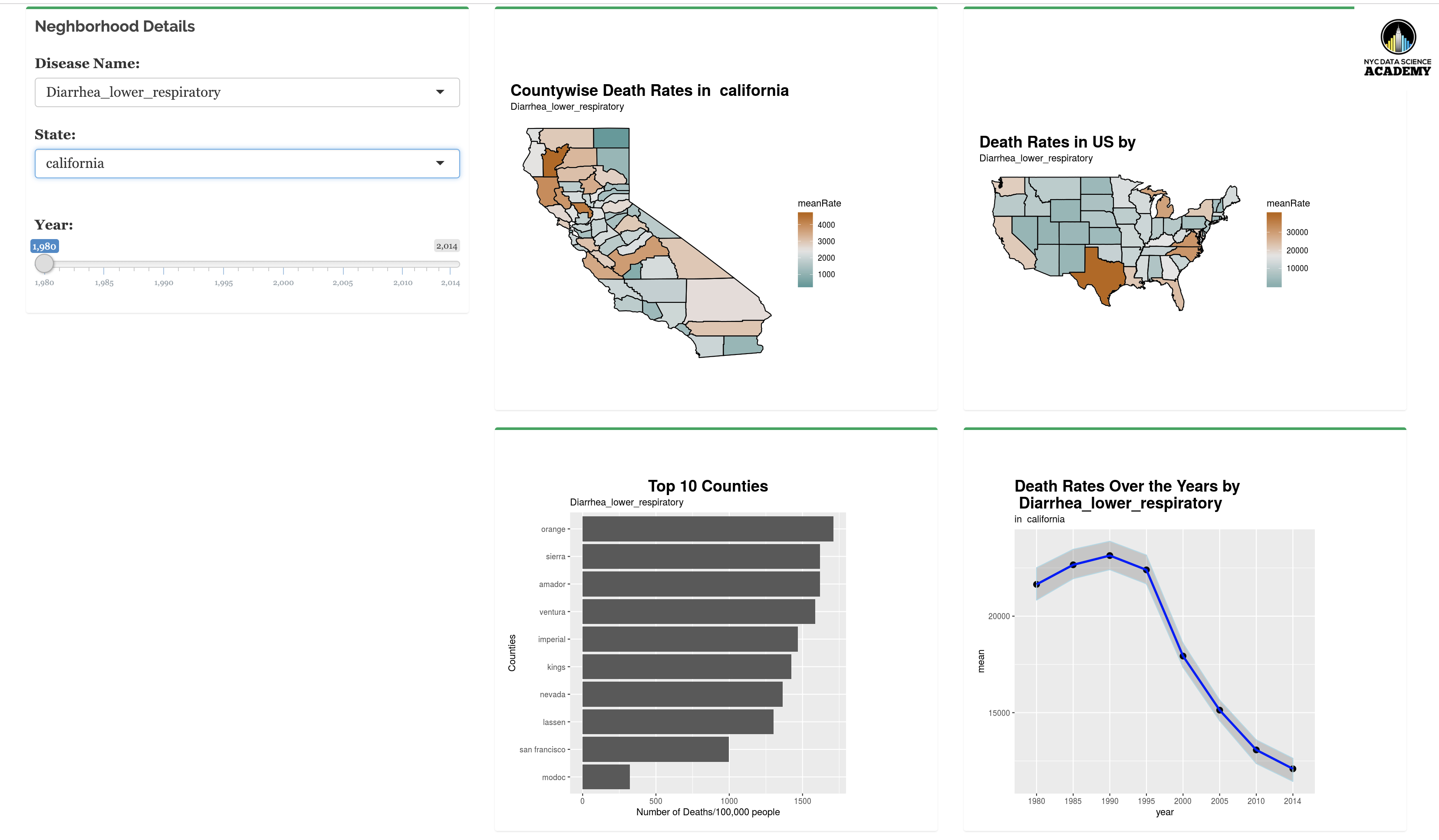 Deaths by HIV/AIDS and tuberculosis peaked in mid 1990s. Increase in public awareness and development of anti-retroviral drugs stemmed the death rates. There is a steady decline in death rates by HIV. Deaths by Forces of nature, war and legal intervention were very few for most part of the past years except for a brief period between 2001 and 2010. U.S. suffered from natural calamities such a Hurricane Katrina and its involved in armed conflicts overseas.

My Rshiny app proved to a useful tool for visualizing and investigating the mortality rates by leading causes of death across the United States. Understanding clear regional patterns for various diseases and deaths will be very useful for both policy makers and health care providers to intervene and provide better health care. For a more robust and insightful app, I would like to include the death rates at the county level across the United States.