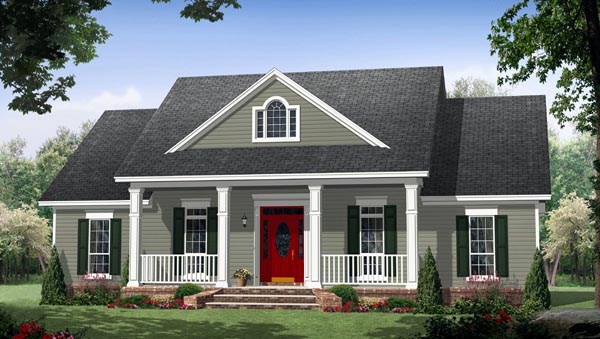 In 2016, Kaggle released a competition called House Prices: Advanced Regression Techniques. The goal of the competition was to predict the final sale price of homes in Ames, Iowa. The dataset itself came with 79 explanatory variables describing just about every aspect of a residential home.

To tackle the competition, I used various techniques I learned from the Bootcamp, as well as any insight gained from investigating Kaggler’s kernels.  Using the workflow depicted below, I was able to make predictions of my own.

Most of the work done dealt with transforming, cleaning, imputing, and aggregating data. Once complete, models were made using the following machine learning algorithms.

A histogram plot shows the distribution of the target variable ‘SalePrice’ as being was right-skewed. Before moving any further, I decided to obtain a normal distribution by way of log-transformation. 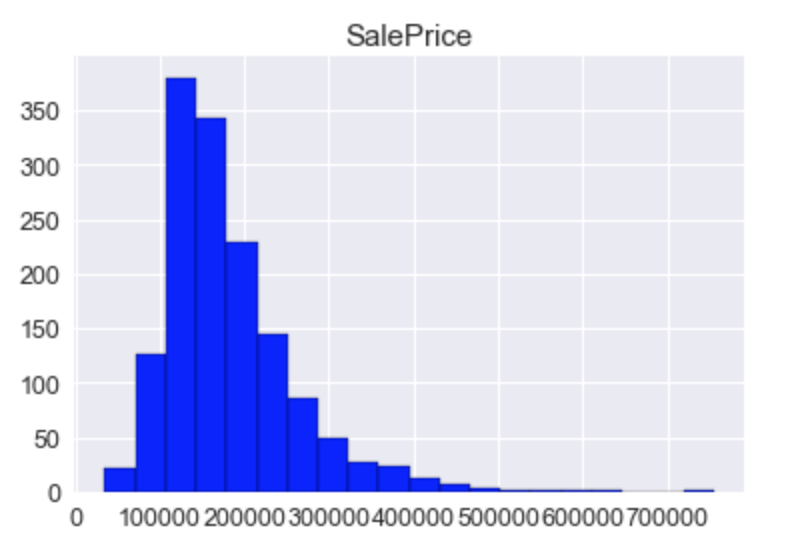 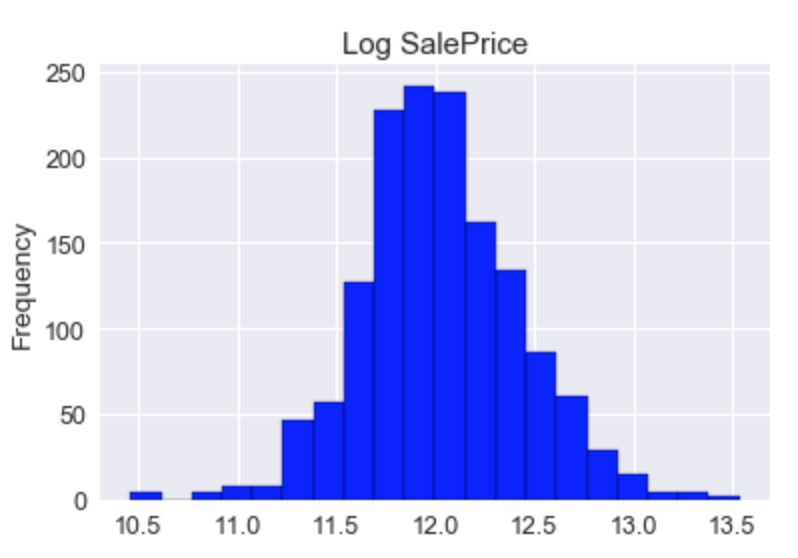 To get a better understanding of missingness with the given data sets (train and test), I determined the percentage of missing values and built bar plots.

Some of the features had outliers.  Looking at the graph below we can see that there are two homes that are very spacious yet are extremely low in price. When making my model I must ensure that they are robust to outliers. 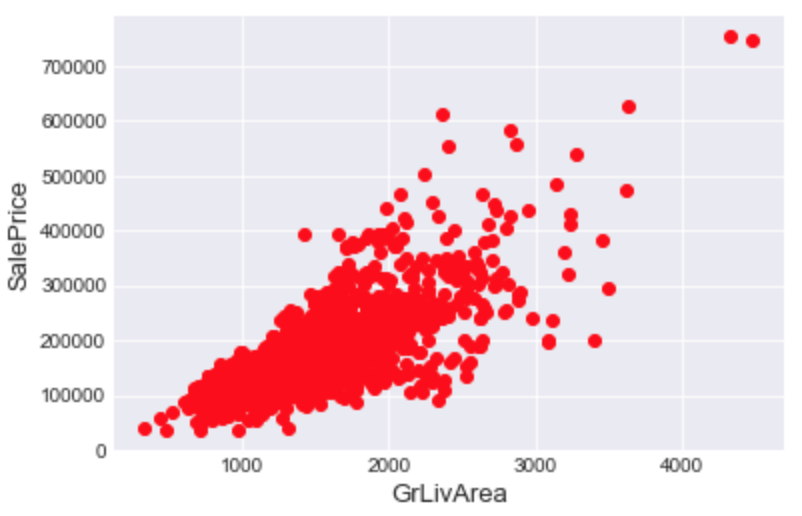 To check for multicollinearity, I created a correlation matrix with respect to the target variable ‘SalePrice’. 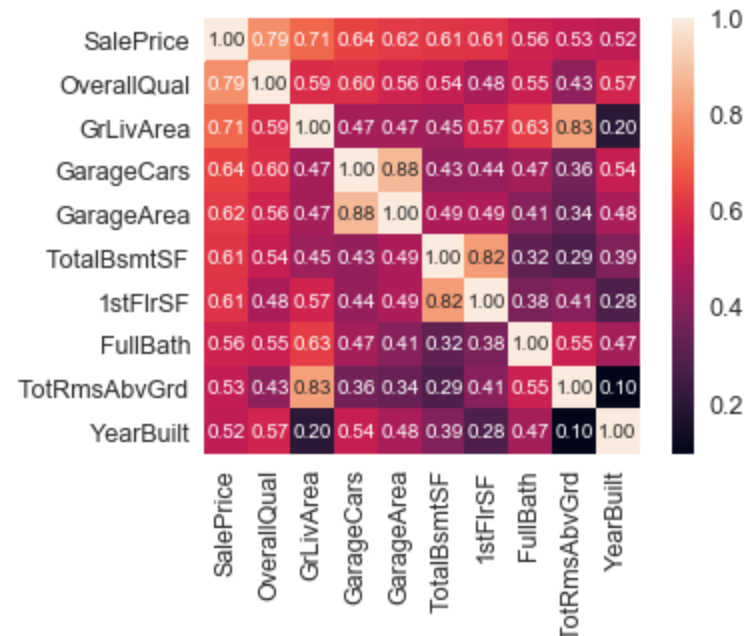 As you can see the categorical features ‘Alley, ‘PoolQC’, and ‘MscFeature’ have over 90% of its column missing. However, looking at the data description, the NA’s in categorical variables actually means “not present”.  For example, NA in the ‘Alley’ variable meant that the home has no alley.

To correct the issue, I first concatenated the train and test set. I then replaced the Na’s with “None”. Researching further, I realized that two of the numerical features (‘MSSubClass’, ‘Mosold’) were actually categorical.  ‘MoSold’ used numerical values that represented months. For example, “1” meant January, and “2” meant February. In ‘MSSubClass’, numerical values identified the type of dwelling involved in the sale. Both features were converted into strings. For the remaining numerical features, NA’s were replaced by the value zero.

Since the data has many categorical variables, I converted them into dummy/indicator variables. As for numerical features, quite a few had a highly skewed distribution which can lead to poor models. To combat this, these features were log-transformed.

Regularization reduces the magnitude of the features’ coefficients to improve the accuracy of a model. By shrinking parameters, we prevent multicollinearity. With ridge regression, an L2 penalty is added to the loss functions to implement the reduction. Its’ tuning parameter lambda controls the relative impact of the coefficient estimates. Using a grid of values, I determined the best choice for lambda (alpha in the ridge function) was 0.0005. 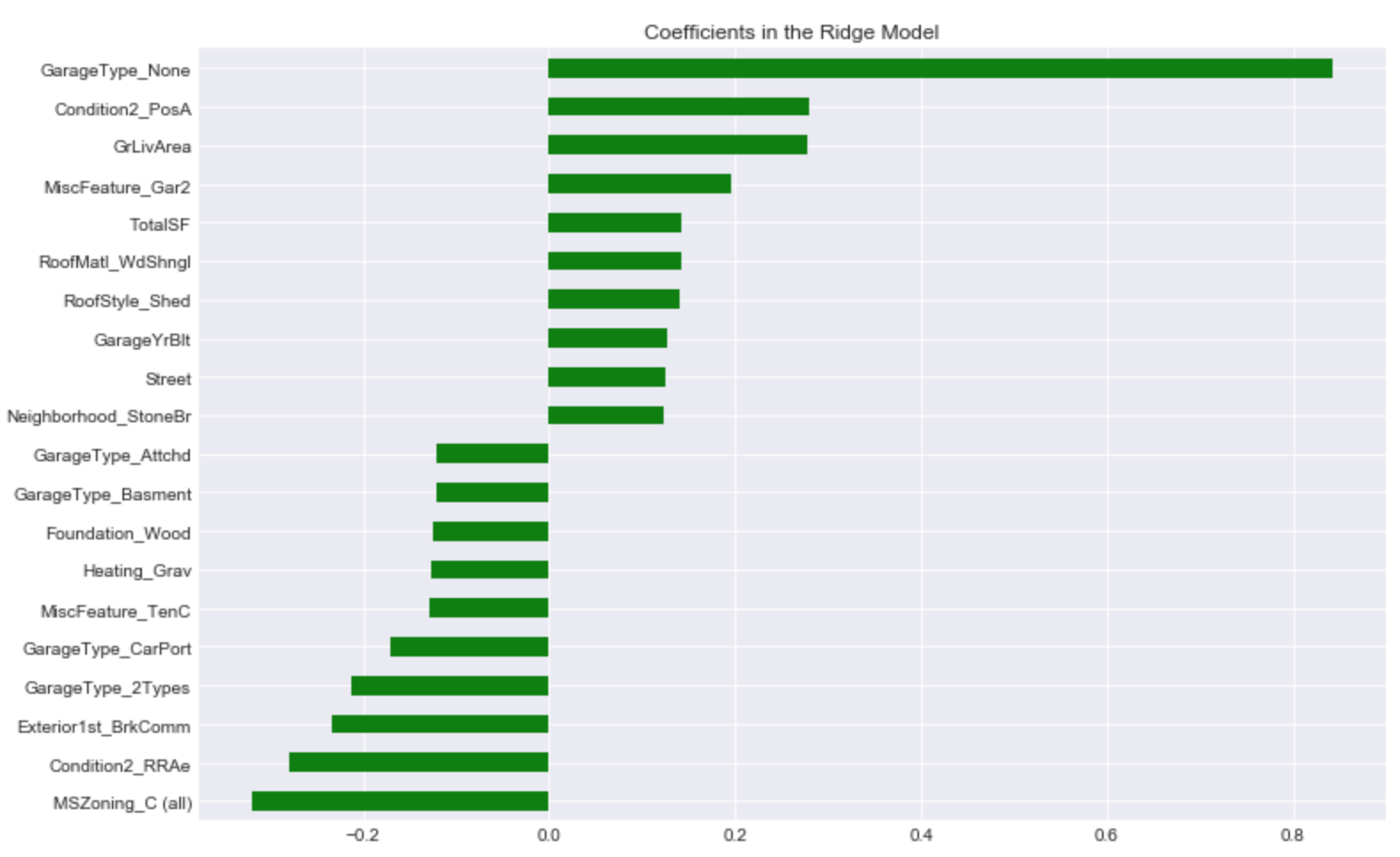 Lasso has an L1 penalty which allows coefficients to shrink to zero one by one to reduce their variance. Hence, lasso can be used to select the most important features. In this case,101 features were chosen and the other 119 features were eliminated. “GrLivArea” which represents the above-ground living area seems to be the central feature in determining the sale price of a home. 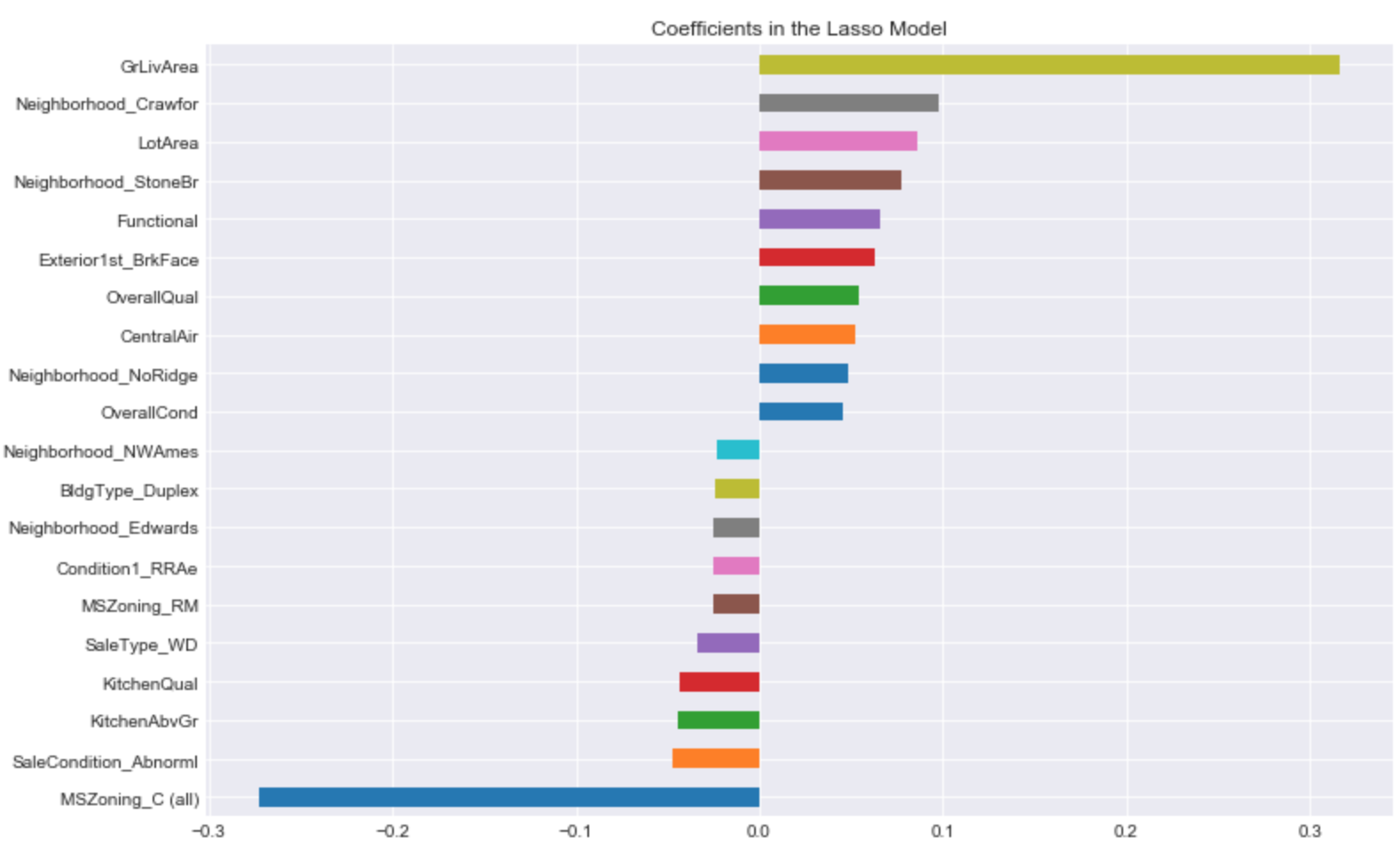 ElasticNet combines L1 with L2 regularization to create a linear regression model to correct overfitting. Here the alpha tuning parameter sets the ratio between them. It is also known to be robust to outliers. This performed slightly better than lasso and ridge when submitting predictions to lasso

Gradient boosting uses weak prediction models and combines them to make a strong “learner”. The loss was set to “huber” for it to be robust to outliers. My model received an R squared core of .98 which means that 98% of the variance in the target can be explained by the explanatory variables.

The advantage of ridge and lasso is that regularization helps to balance between overfitting and underfitting. It's easy to assume that elasticnet would the top choice for modeling.  However, after many submissions and fine tuning, xgboost had the best predictions.

As the final prediction, I decided to average the predictions of lasso, elasticnet, and gradientboostingregressor. Model ensembling is known to increase accuracy on a variety of machine learning tasks. As a result, I was able to land in the top 16% of 4074 Kaggle teams. Meticulously prepping the data through imputation and feature engineering prior to modeling ensured good results. Furthermore, fine-tuning parameters of the model help prevent overfitting.

If you would like more information, visit my GitHub for more details.