The aim of this machine learning project is to  predict the sales prices of different homes based upon a Kaggle Dataset representing 79 explanatory variables describing every aspect of residential homes in Ames, Iowa.

The dataset for this project was obtained from Kaggle and was divided into a "training dataset" and a "test dataset". The training data set consisted of 1460 houses (i.e., observations) in addition to 79 attributes (i.e., features, variables, or predictors) as well as the sales price of each house.

On the other hand, the testing set included 1459 houses with the corresponding 79 attributes, but without the sales price since this would be our target variable.

An analysis of the sales price provided the following: 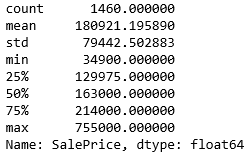 Several data points are displayed above. Note that the average housing sale price in Iowa is $180,921.

The first step in this stage of the project was to combine the "training dataset" and "test dataset" into one dataframe in order to process all the data. This would make it easier since every "process" applied to the data could be applied to both datasets at the same time.

The second step was to ascertain the number of "missing variables" in the data set. Some of the features which displayed a high number of missing variables were: "LotFrontage", "Alley", "GarageType", "GarageYrBlt" amongst many others.

The third step involved dropping all features that had more than 1000 missing variables because it was felt that this data  would affect the accuracy of the model. All other features with missing values less than 1000 had those values replaced with the "mean" values of the corresponding features.

After all these steps were taken, the final action was to split the dataframe back into the "training set" and the "testing set".

Several visualizations were undertaken in order to better understand the datasets. 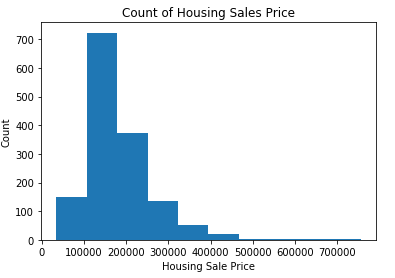 The housing sale price between $100K and $200K is the most plentiful. 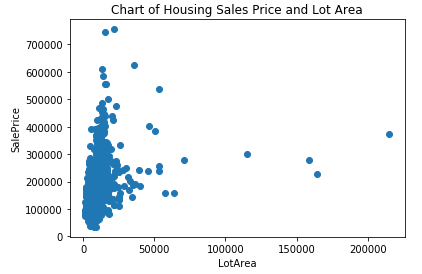 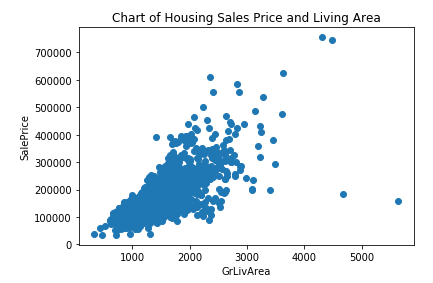 A correlation heatmap was also created using "Seaborn". This would enable one to explore what features are most important. 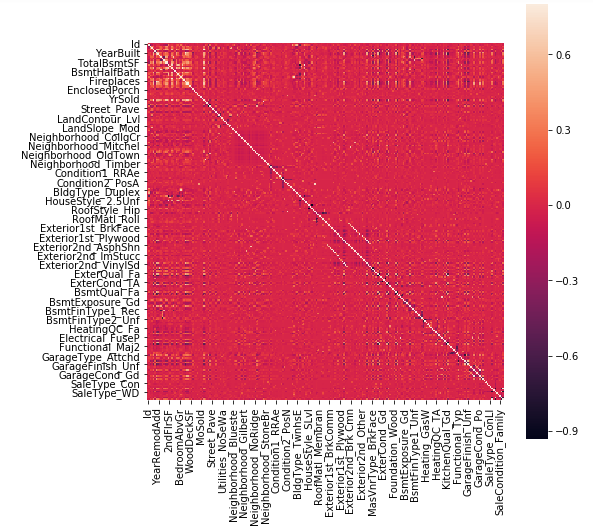 The top 5 related features most correlated to the "sale price are below:

All the features were used in several different models to determine which one is the best at predicting the housing sales price. To test the models, the data was split into a "70% - 30% train test split". First the models were instantiated and then fitted. The models were fit using "X_Train" and "y_train", and then scored using "X_Test" and "y_test".

These are the r-squared related to each model:

The "Ridge" regression had the best performance with respect to to the "test dataset" with an r-squared of 0.8908.

In conclusion, the "Ridge" regression was the best model to predict the sales price of the "test dataset". A new dataframe with an "ID" and "SalePrice" column was created: 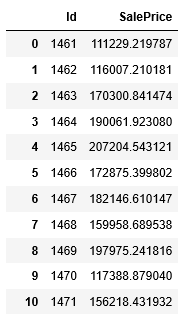 Greater accuracy may be derived by exploring whether any features can be removed or engineered to add more predictive value. In addition, we can determine if using a sample of the most correlated features would increase or decrease accuracy.