When I was a pharmacy student, studying the top 200 most commonly prescribed medications, I was surprised to see a shocking number of psychotropic medications on the list. They included drugs to treat mental health disorders such as antidepressants, anti-anxiety agents, and antipsychotics. Mental health disorders, including anxiety, depression, bipolar disorder, schizophrenia and other mental disorders, are among the most burdensome health concerns in the United States. According to the Centers for Disease Control and Prevention (CDC), 1 in 5 adults in the U.S. reported having mental illness in 2016. Mental health disorders are linked to higher rates of disability and unemployment. About 264 million people suffer from depression worldwide, according to the World Health Organization (WHO).  Depression can reduce a person’s cognitive performance by about 35%. The WHO led a study of mental health in the workplace, and discovered that depression and anxiety disorders alone cost the global economy one trillion U.S. dollars each year in lost productivity.

Considering that the tech industry is known to offer great employee benefits, I chose to explore  a data set from Open Sourcing Mental Illness (osmihelp.org), a nonprofit organization dedicated to raising mental health awareness in the tech community. The organization was started by a web developer who suffered from mental health disorders and wanted to spread awareness about mental health in the workplace. There has been an annual global survey since 2014. This data set was a survey from 2016 with over 1400 survey respondents from all over the world. It can be found on Kaggle.

After cleaning and processing the data set, dplyr and ggplot2 were used to analyze and create visualizations. In addition, an interactive R Shiny web app was created to allow users to visualize and explore features from the data set. The full app is available here, but some of the most interesting results are shown below.

Who are the survey respondents? 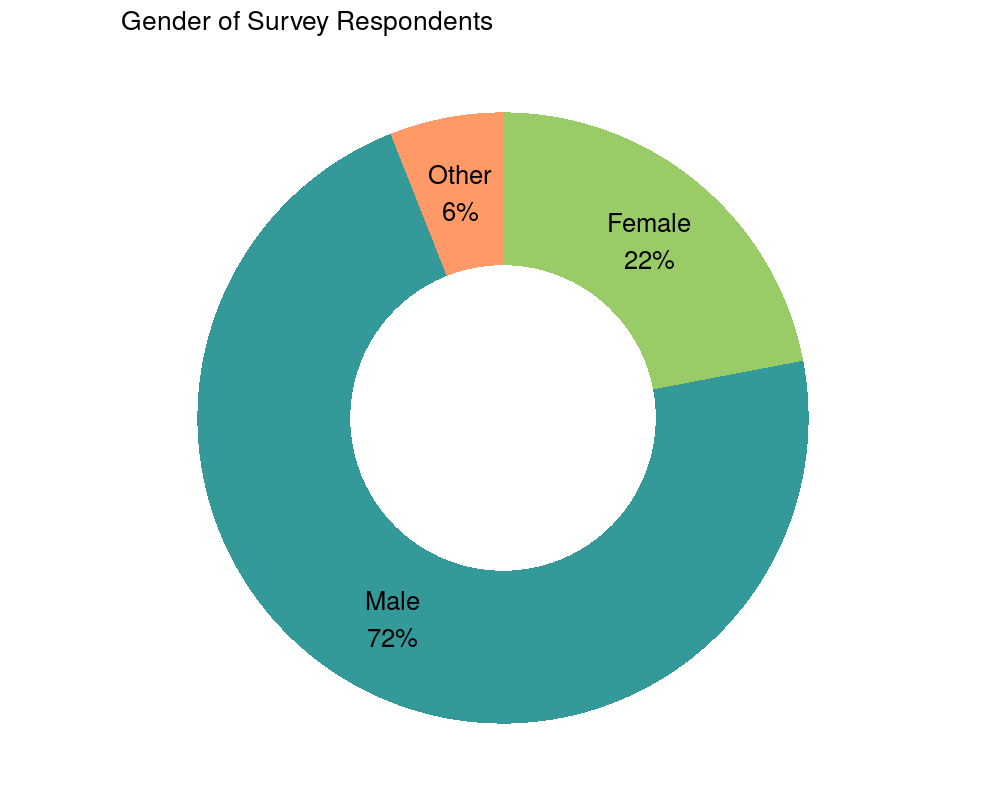 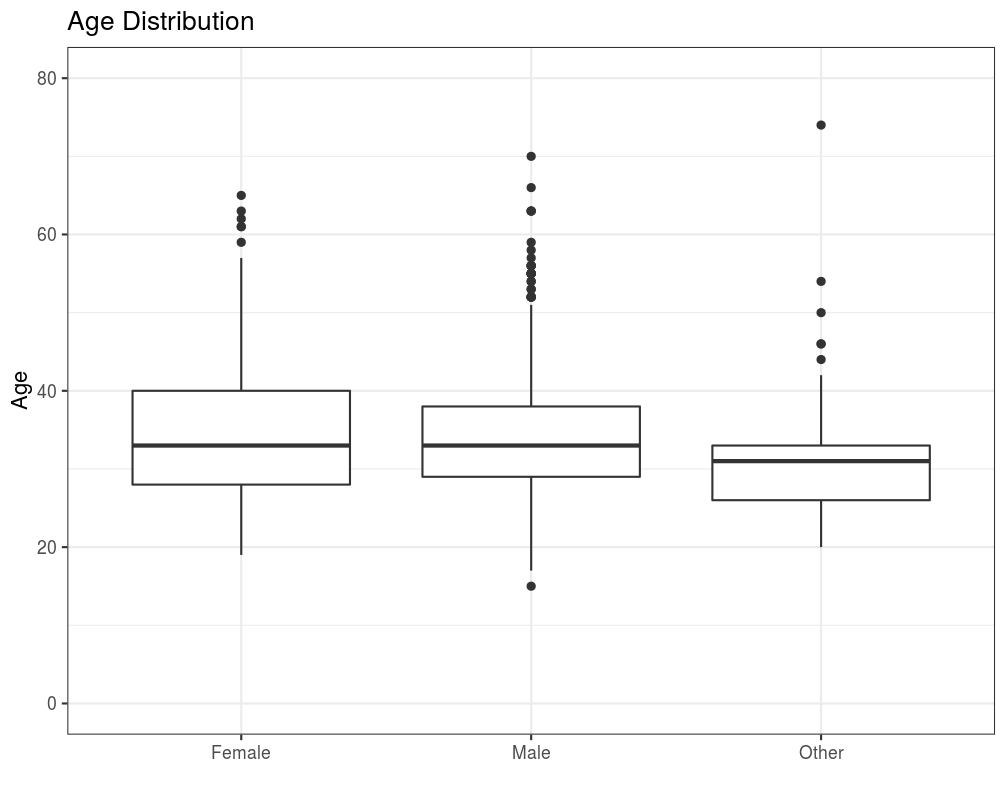 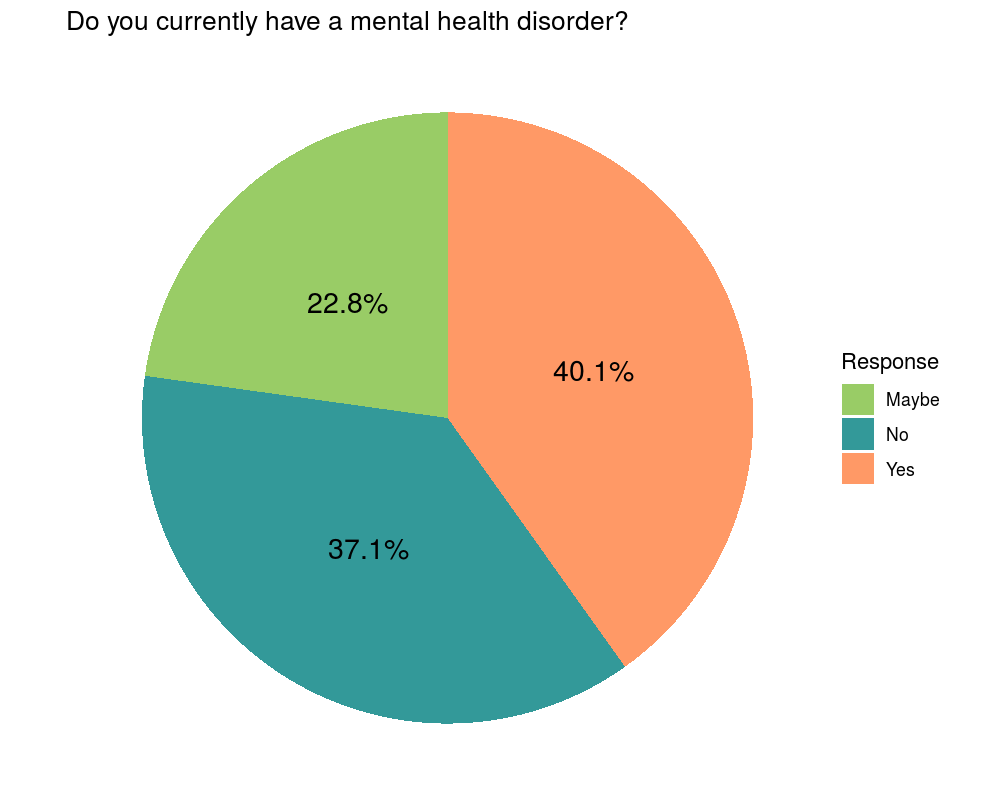 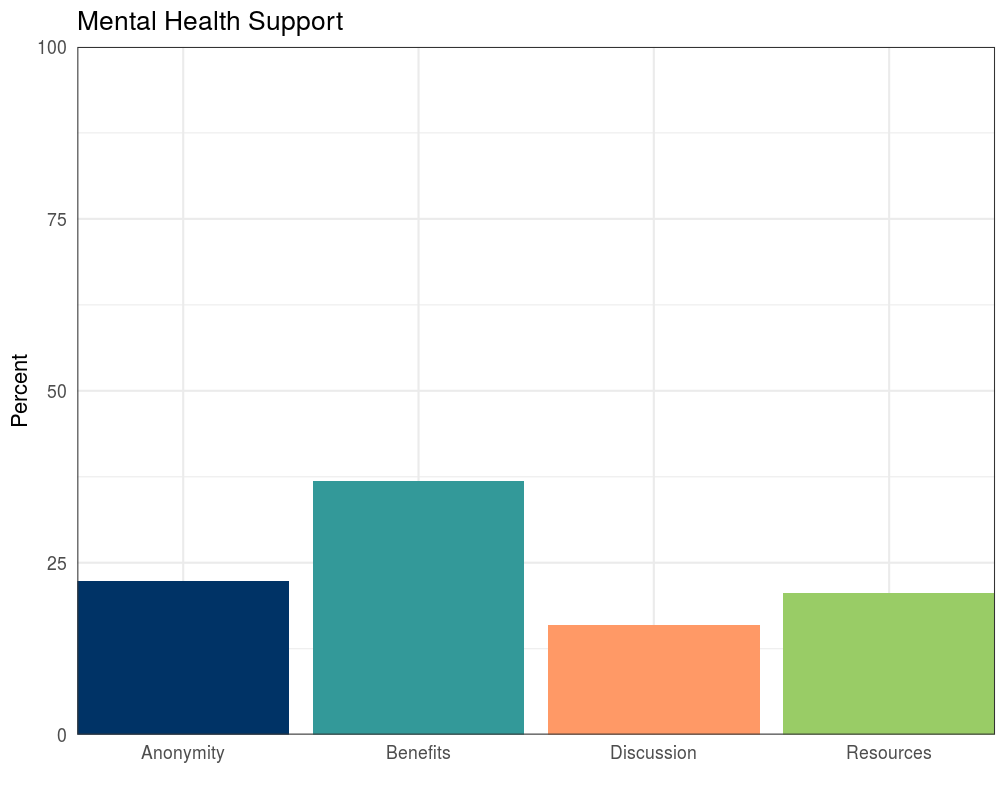 Do they take mental health as seriously as physical health?

Do you think that discussing a mental health disorder with your employer would have negative consequences? 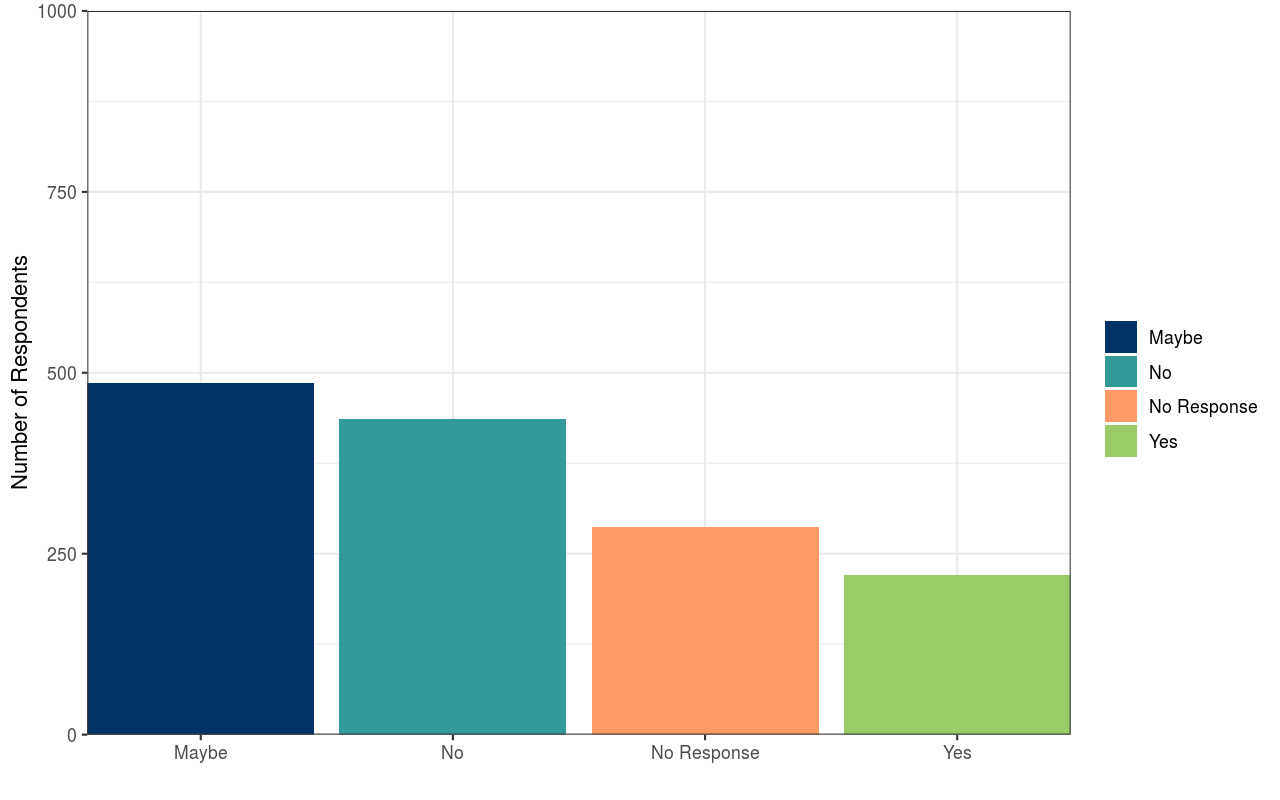 Do you think that discussing a physical health issue with your employer would have negative consequences? 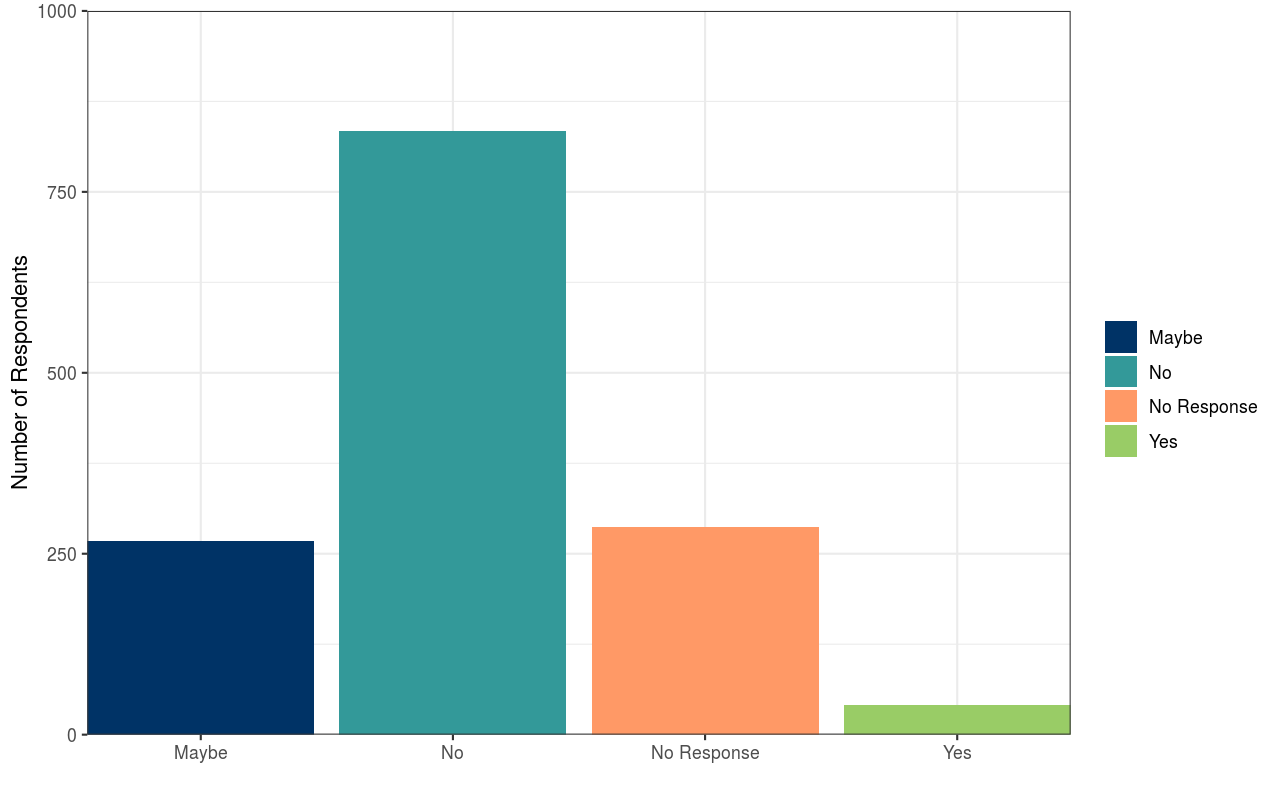 Overall what is the sentiment with mental health in the workplace among the respondents?

The interactive web app allows users to compare responses to specific survey questions among different age groups, company sizes, and countries with the most participants. Below are some interesting findings. There is a clear consensus to be found  among different age groups and even countries that being identified as a person with mental health disorder would hurt a person’s career.

Do you feel being identified as a person with mental health disorder would hurt your career? 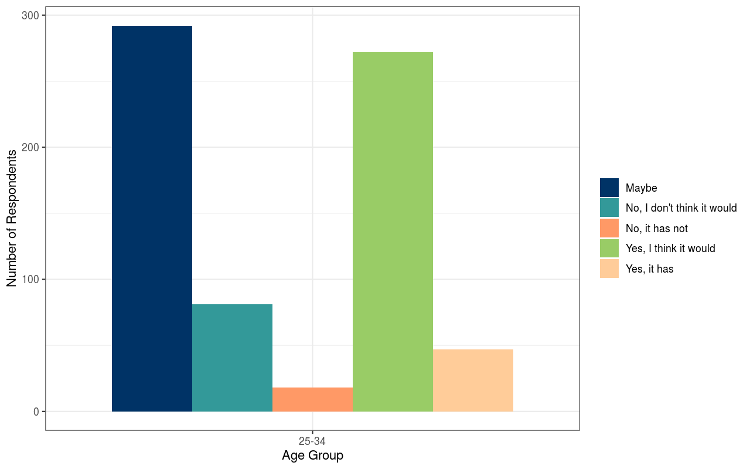 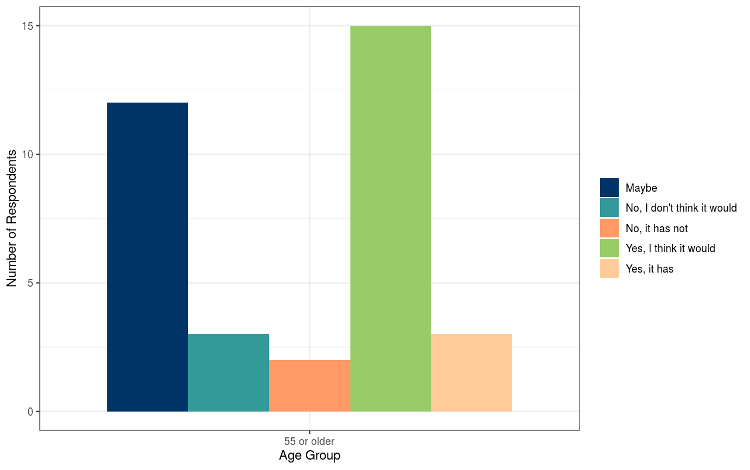 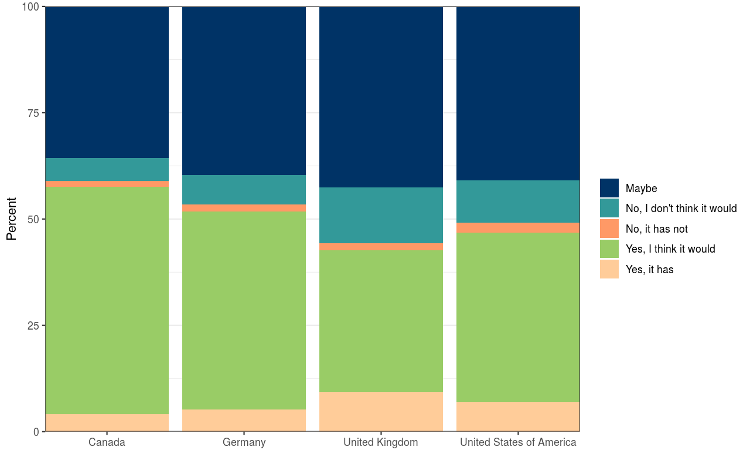 Would you feel comfortable discussing a mental health disorder with your direct supervisor? 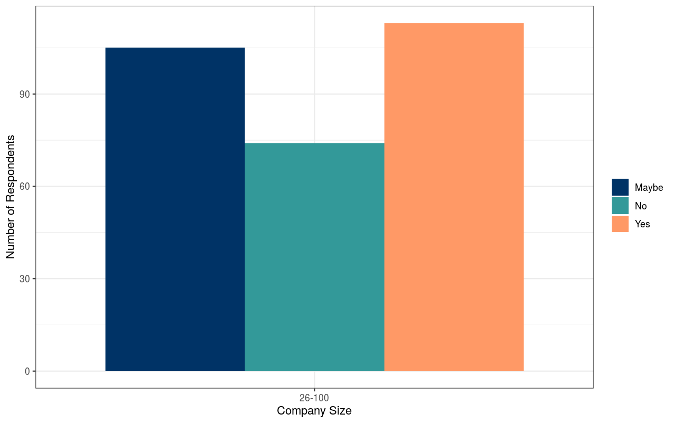 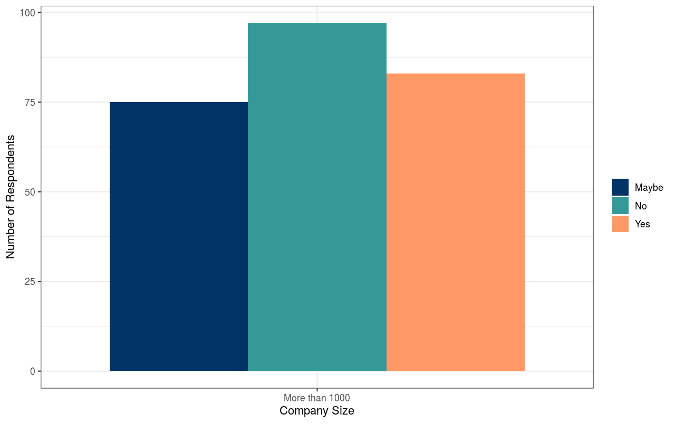 With more time, I would like to combine and explore Mental Health in Tech Survey data sets available from other years. This data set was from 2016, and it would be interesting to assess if things have improved since. I would also like to explore data from other industries, such as the healthcare industry, to see if attitudes toward mental health disorders are different among industries.