NBA Teams: How Do Eventual Conference Finalists Perform in the Regular Season?

Note: Please also check out my Shiny app which will have an interactive box plot on individual statistics, as well as the density graphs shown in this post.

As the 2017 NBA Playoffs are rolling along, a thought popped up in my head: do the conference finalists each year have better stats than other teams in the regular season?

With this question in mind, I searched around and ended up using a dataset of NBA teams' regular season logs from a personal blog named Quantifan. The dataset came in CSV format with around 12,000 observations and 31 columns involving mostly basic stats such as points and assist per game for each team since 2012. While cleaning the data of unwanted observations, I noticed two oddities that occurred multiple times: duplicates and outrageous scores. The latter reported an NBA team scoring 5 points in the entire 48 minutes allotted in a game, so I decided to set an arbitrary cutoff of 61 points (the lowest score I could find on NBA.com in the time period) for the data set. I also decided that since I wanted to compare the conference finalists to their regular season performance, I took out the current season's observations as well in order to have the appropriate context.

I split my observations into three categories, as structured below: 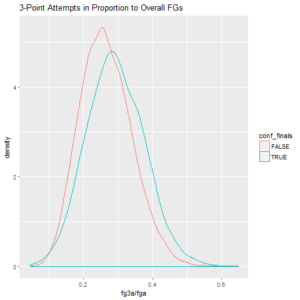 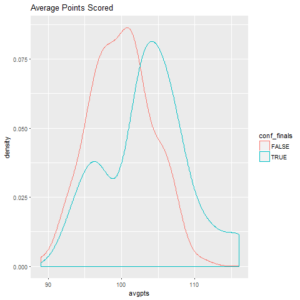 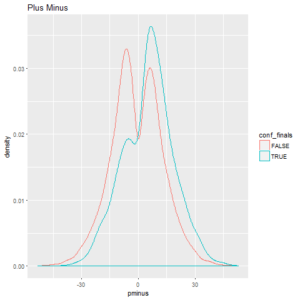 The results are interesting, as it seems that conference finalists since 2012 have, on average, resorted to slightly less three point attempts in the regular season. With teams like the 2014 Spurs, 2015/16 Warriors and Cavaliers, you would think that 3-point shots would be at a premium. On the other hand, points-related statistics seem to be about as expected; you do need more points to win basketball games, after all. 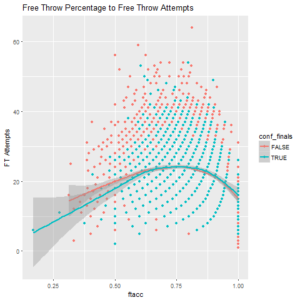 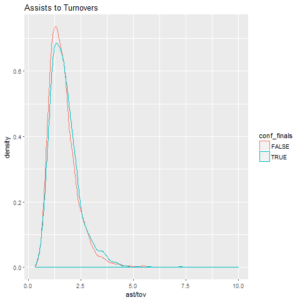 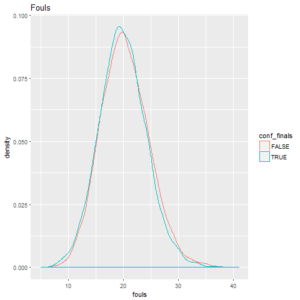 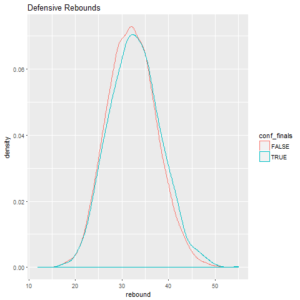 There are also stats that had very similar distributions. My initial guess is that these would be the ones with bigger differences as they would show the quality of a good team beyond just the game results. And then it hit me, and I told myself: basketball isn't just about numbers, silly.

With the multitude of things going on in every single possession in basketball, it would be reasonable to say that there would be hard-to-capture elements with simple statistics and ratios. Here are some ideas that could be lost in the statistics:

As much as Kobe Bryant was one of the greatest basketball players to have graced the game, it would probably be easier (even for Kobe) to hit an open shot like the one in the first clip. Statistics could very well miss this.

So while statistics are useful in a vacuum, I think it is equally important to have good background knowledge of what you are trying to observe, as you wouldn't be able to separate nonsensical statistics from ones which do tell a proper story.

Kai Chan received his bachelor's degree in economics from the University of California, San Diego. Kai believes that with the increasing importance and prevalence of various programming tools in the world of data analysis, a career in data...
View all posts by Kai Chan >