In the past 15 years, the pattern of getting funded in pharma companies,  from research to marketing, has dramatically changed.

To stay competitive in the open market, big pharmaceutical companies started to purchase fancy commercial lab and plant instruments believing those gadgets would give them the competitive edge over others. This led to the era of “lab automation”.  Initially, these new shiny gadgets were sitting on the lab bench silently, as most experienced scientists rejected the notion of using the tools for generating thousands of samples at a time.

However, shortly after the new instruments’ dynamic nature were proven, and the instruments became scientists’ indispensable tool, more scientists submitted proposals to collect their “own” tools.   As the instruments took over the majority of scientist’s routine lab work, the scientist’s role has shifted from traditional discovery and development to more of documenting how the expensive tools were used to produce potential new leads.

And the pressure from the upper management to justify their big ticket items by producing more than expected hits through the new instruments became evident.

Automation of the lab has its own advantages and disadvantages.

It creates a safer lab environment dealing with toxic chemicals as the chemicals will be delivered by liquid handling robots under the hood.

Often times, scientists only design the experiments and all the chemicals and solvents, which are then delivered to each reaction well by robotic arms.

The problem with this practice is, we end up with too many samples to analyze where only a few are real candidates. Like humans, each chemical has its own chemical and pysical properties.

Therefore, the massive screening is only suitable for discovery phase with predefined chemical  library sets. In late stages, scientists need to use their scientific experience and knowledge to select the potential candidates based on careful analysis.

Again, over screening will produce a lot of hits and it is hard to distinguish which ones are the true hits.    Usually automated commercial analytic instruments and usage licenses are very expensive. As a result, pharma companies often get a contract for licenses to use the instruments. And more often than not, upper management determines on how many licenses to purchase based on the current usage of the instruments.

The following case study involving an expensive instrumental license demonstrate how funding is being distributed internally:

1,The usage log of the instrument was pulled out by the given period

(there are three modules in this instrument)

The following three graphs per each site were generated to estimate the usage minutes per day and the types of analysis the instrument was used for in the identification of potential new drugs. The three analyses are:

Following the presentation of the usage stats and graphs, Nutley site was granted more licenses than Basel site as the comparison of usage of the instrument was clearly higher in Nutley site for the given timeframe. 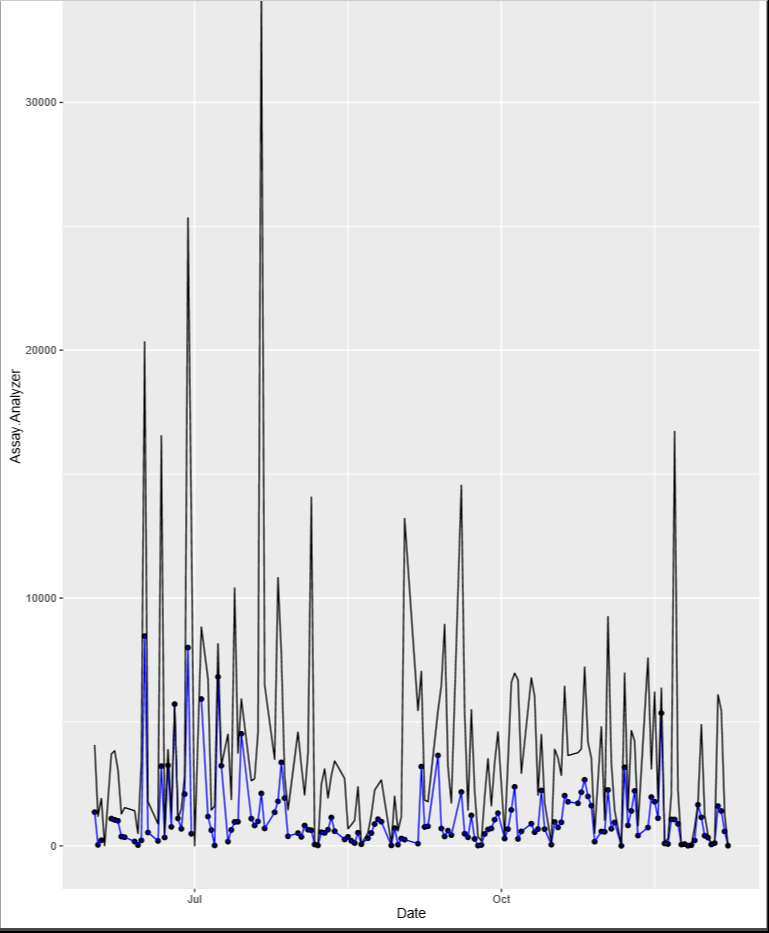 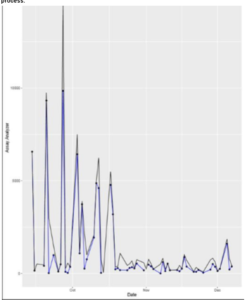 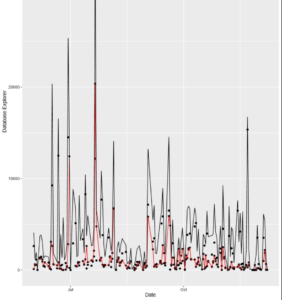 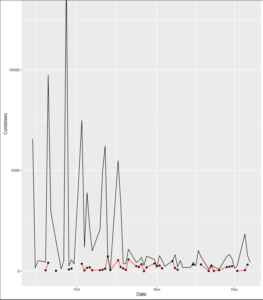 View all posts by Anne Song >