In 2014, University of British Columbia researchers declared New York City as the unhappiest city in America. Well over a hundred million calls have been logged on 311, the city’s complaint hotline since its launch in 2003. New York City has made all 311 requests data since 2010 available online through the city’s OpenData portal. In this exercise of exploratory data analysis, I’ll try to find and analyze some of New Yorkers’ most complained issues.

First the dataset was downloaded from here.  A quick glance at the data and we can see the top 10 complaints from the entire city and its individual boroughs from 2010 to 2013. Filtering the data by years was necessary here because this data set logged the last heating complaint, which was the second most complained about issue, on 3/10/2014. I only used the entries before 2014 for a fair comparison. Noise (including both residential and commercial sources) is clearly the most complained issue, accounting for 11.8% of all the complaints. It is also the most complained issue in 4 out of 5 boroughs, Manhattan, Brooklyn, Queens and the Bronx. It is the second most complaint in Staten Island, where street condition is a bigger concern. 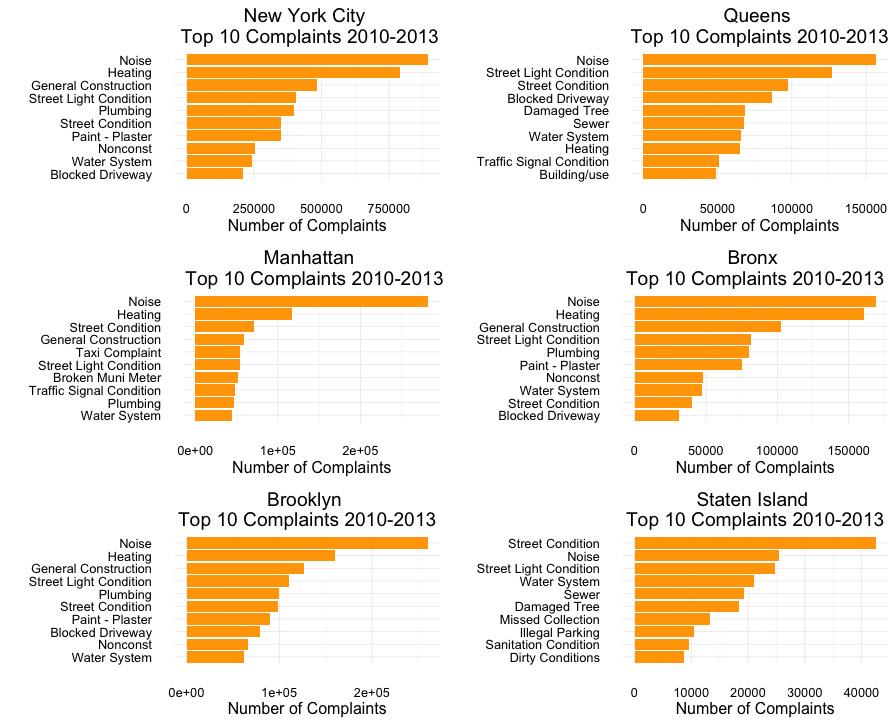 Now that we know noise is the top complaint, let's figure out its pattern.

There are 35 different descriptors for noises in the data set. I grouped them into 8 types: Music/TV/Talking, Banging/Pounding, Construction, Vehicle, Dog and other animals, Air Conditioner , Alarm and Other to simplify the analysis. The figure below shows that Music/TV/Talking is the most common source of noise, it accounts for 48% of all the noise complaints. 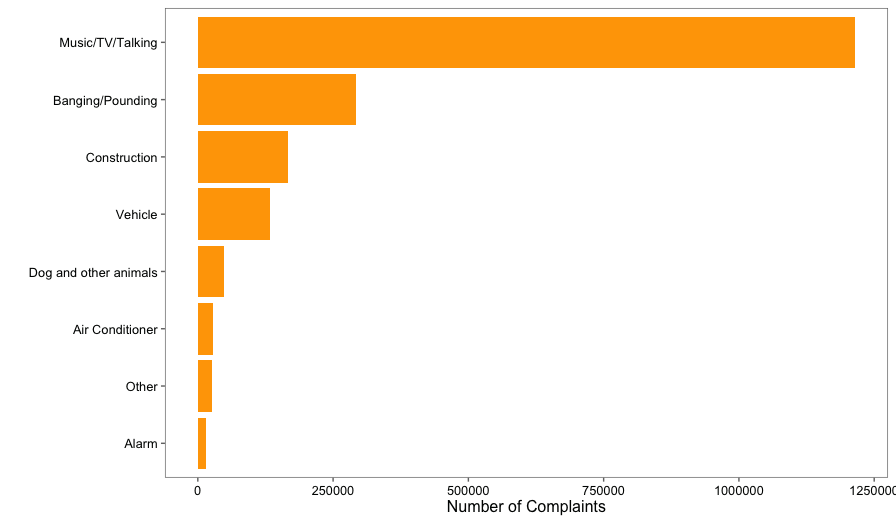 When do noises complaints occur? The figure below plots the number of complaints against hour. It shows noise complaints peak after 8pm until 2am on weekdays, with even more complaints on weekends. It is not surprising since the main sources of noise complaints, loud music or parties, peaks at late night when people who are trying to sleep are most likely to complain. 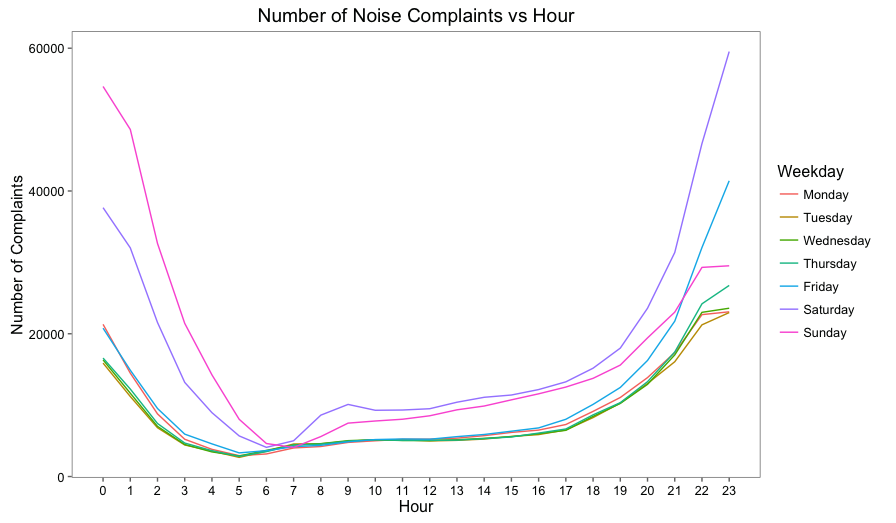 Where are the nosiest parts in New York? To answer this question, it is necessary to normalize total number of complaints against the population in the corresponding area. In the choropleth map of New York City below, each zip code is colored according to the number of noise complaints per resident in the same zip code. As a general rule, noise complaints occur most in Manhattan and declines as you leave Manhattan. 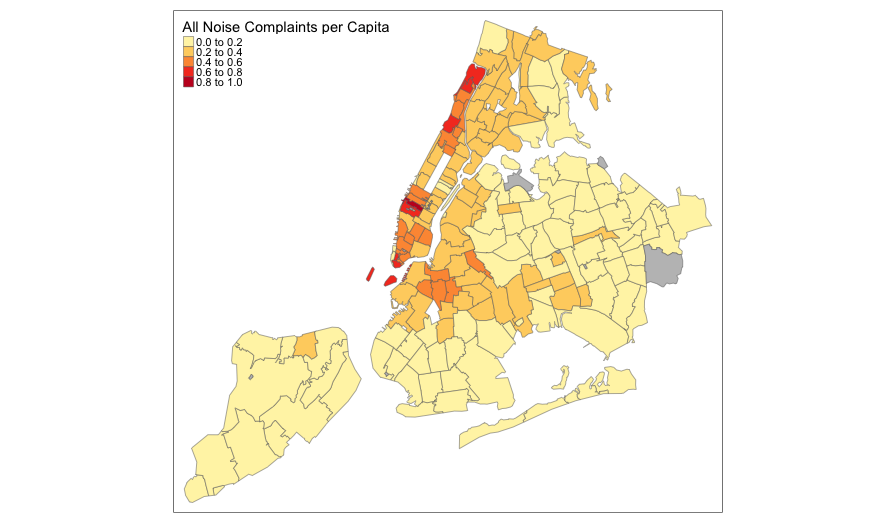 It is important to know that each type of noise has its own spatial pattern.  Even though loud music contributes nearly 50% of all noise complaints, it does not explain the noise situation in all neighborhoods. For example, Battery Park City suffers mostly from vehicle noises and Kew Gardens suffers from unusually high alarm noises. Consequently, different solutions are necessary for government agency to resolve the noise issues in different neighborhoods. 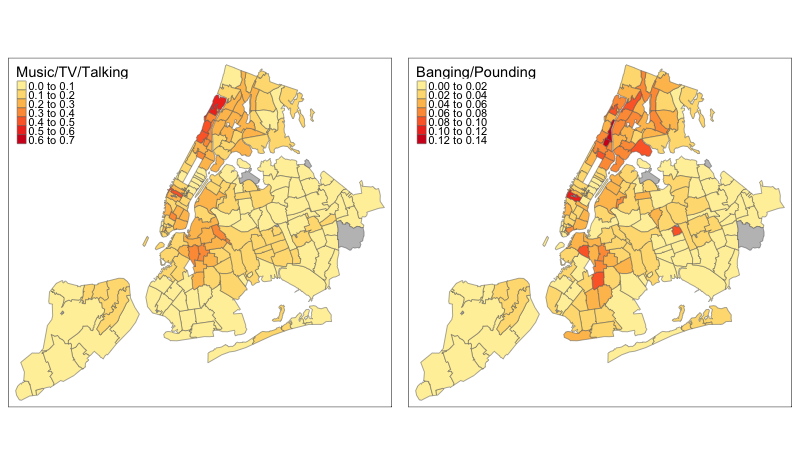 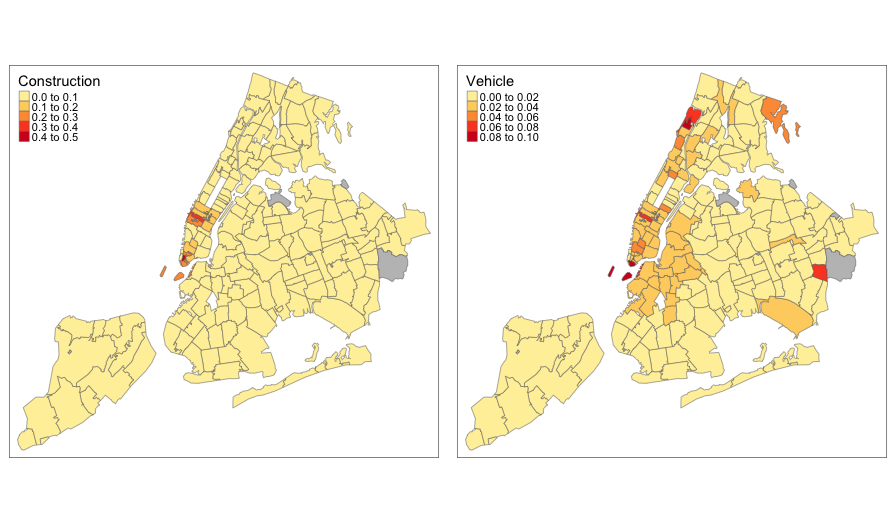 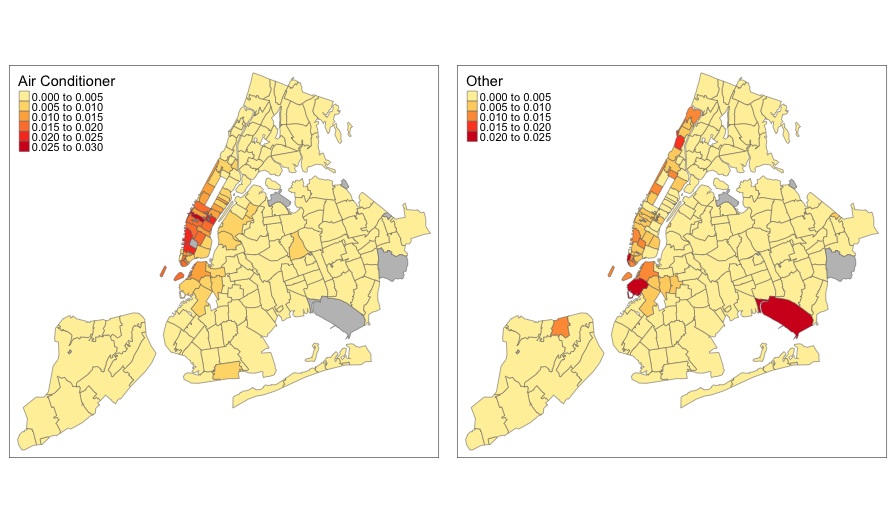 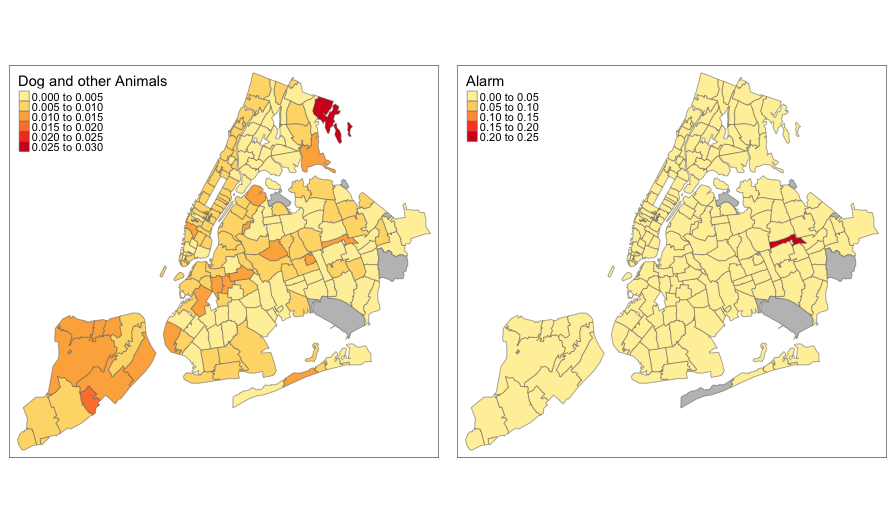 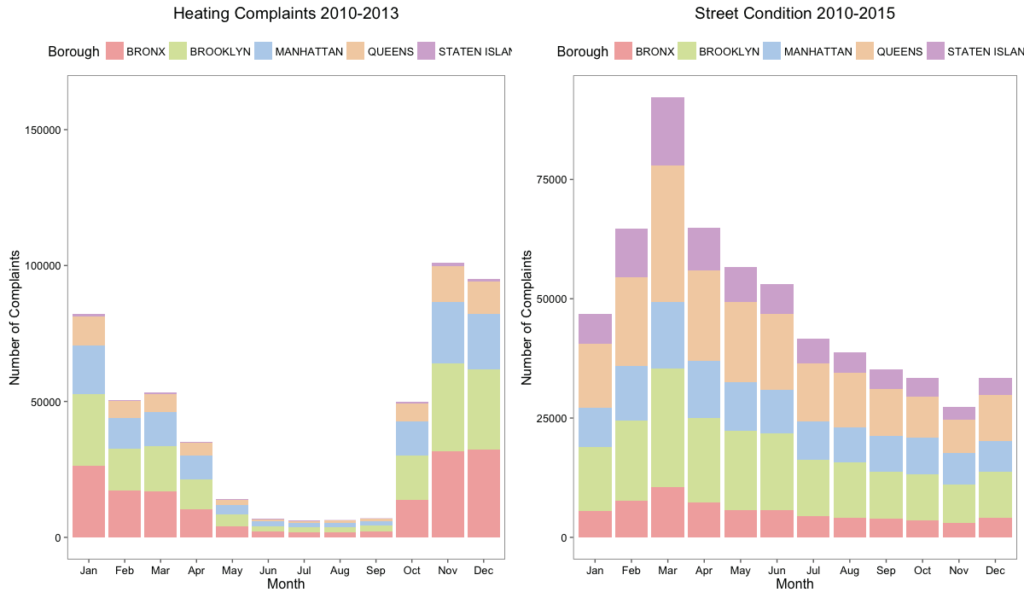 From this data visualization exercise, we have looked at New Yorker's most common complaints. 'The city that never sleeps' is not only a poetic nick name but also is a realistic picture of the sounds New Yorkers hear in different neighborhoods.