The best predictor of the future is the past. Thus the first step to building a tool that attempts to predict the success of college prospects entering the NFL Draft is the history of previous NFL Drafts and evaluating their outcomes. Football is one of the hardest sports to assess talent for because you essentially have a minimum of 24 unique positions (11 on offense, 11 on defense, 1 Kicker, 1 Punter). Even if you group similar positions (i.e., LT and RT, LG and RG, DE and DT, OLB and ILB, CB and Safety. Kicker and Punter), you are still left with 9 positions that are evaluated by completely different criteria. Therefore each group's data and stats needs to be evaluated separately.

What defines a successful NFL career for an individual regardless of position? The answer most would probably give you is the longevity of their career and the quality of their play during that time. In my analysis I defined the # of years in the NFL as the measure of longevity and the # of Pro Bowls as the measure of quality of a career. Over the 30 year time frame that was analyzed many things changed from the # of rounds in the draft to the desired skills/measurables for a position, but longevity and pro bowls have consistently been reliable metrics.

The goal of this project was to take an inventory of player outcomes to be used for a larger project (building a tool that can predict NFL success based on insights gained from analyzing 30 years of history), while gleaning some immediate insights about the performance of all 32 NFL teams and taking a look at which colleges have produced the most NFL players. 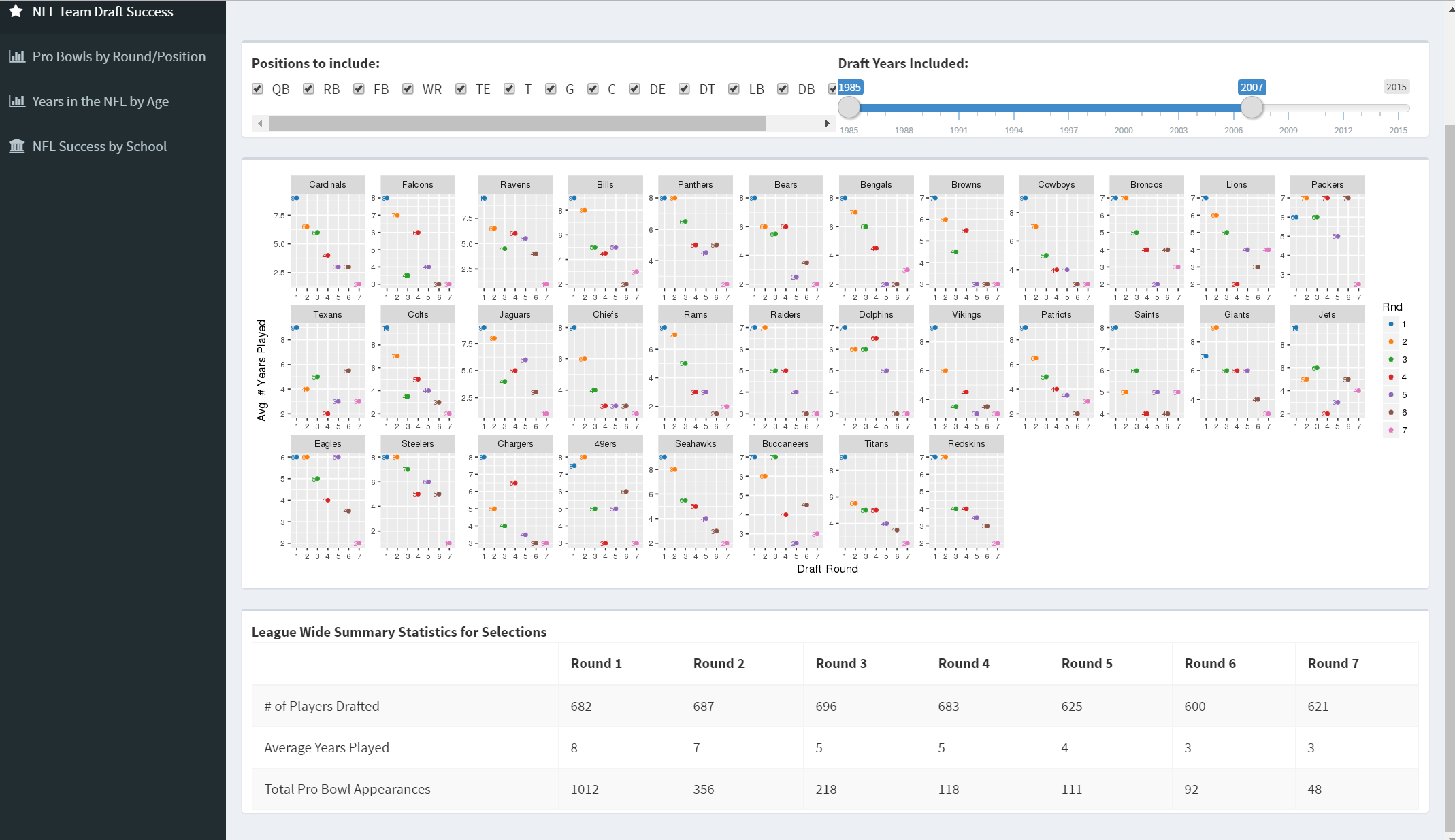 NFL League Wide, Positions with the most Pro Bowlers in each round: 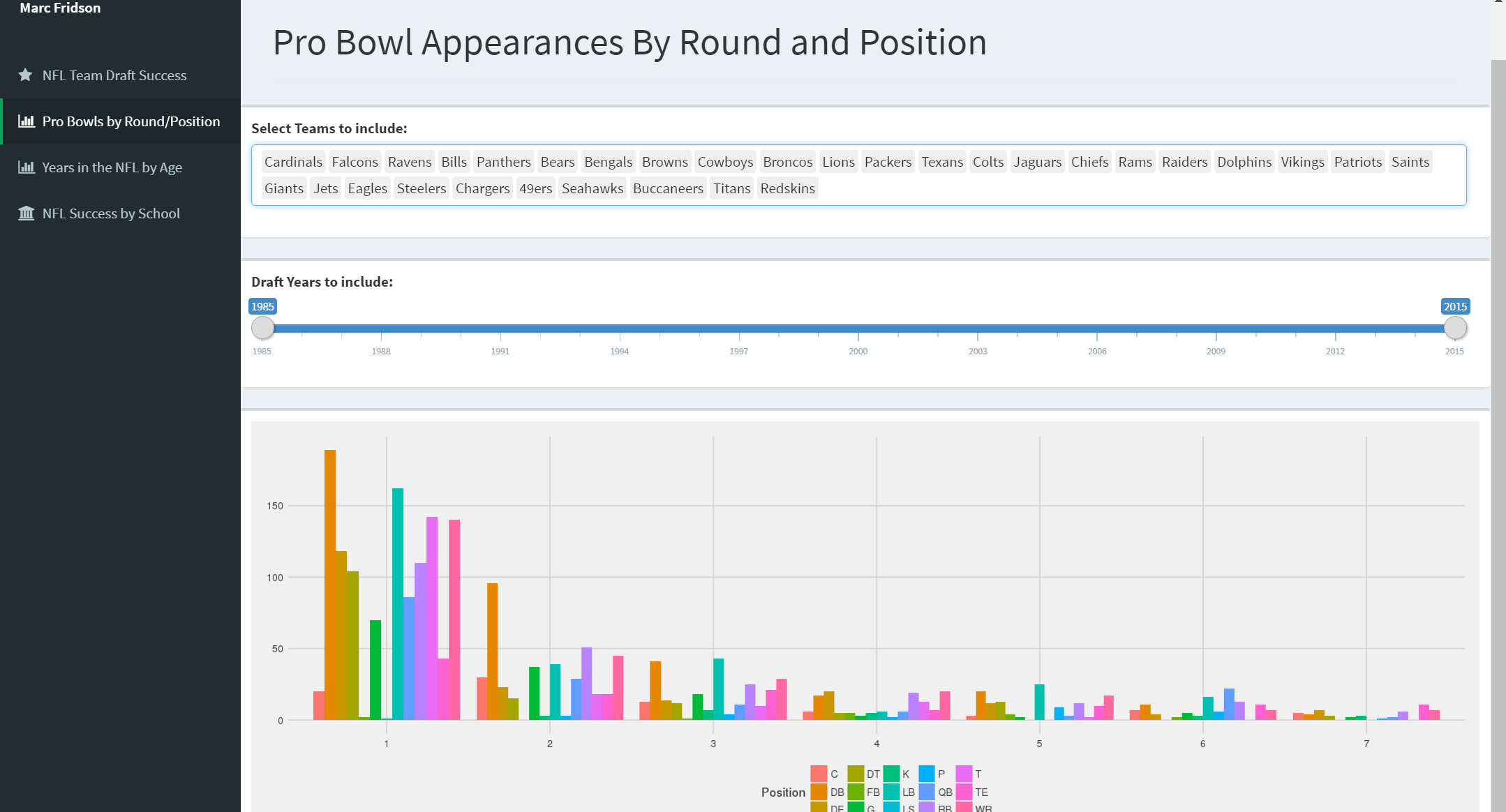 NFL League Wide, Age with longest careers for each position: 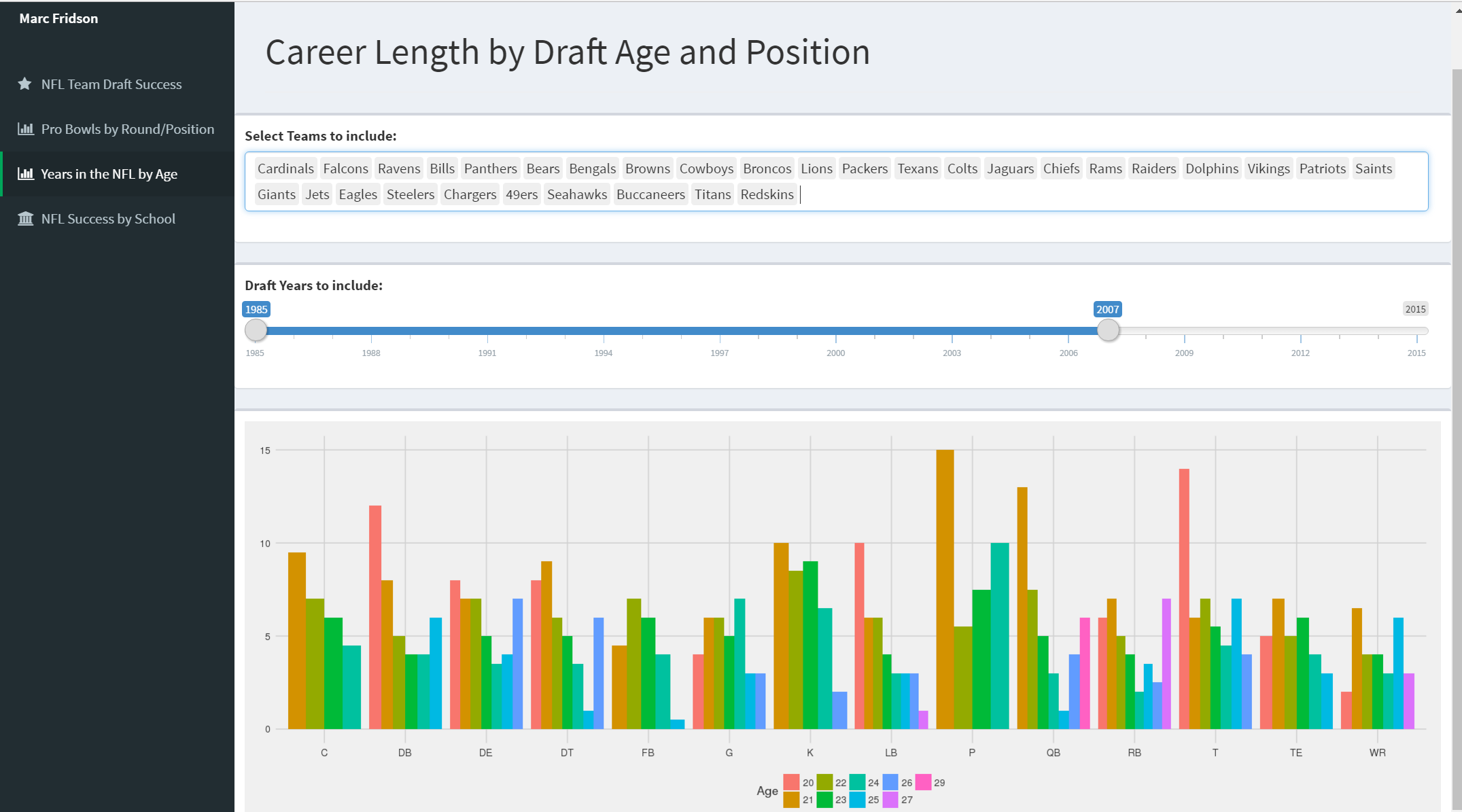 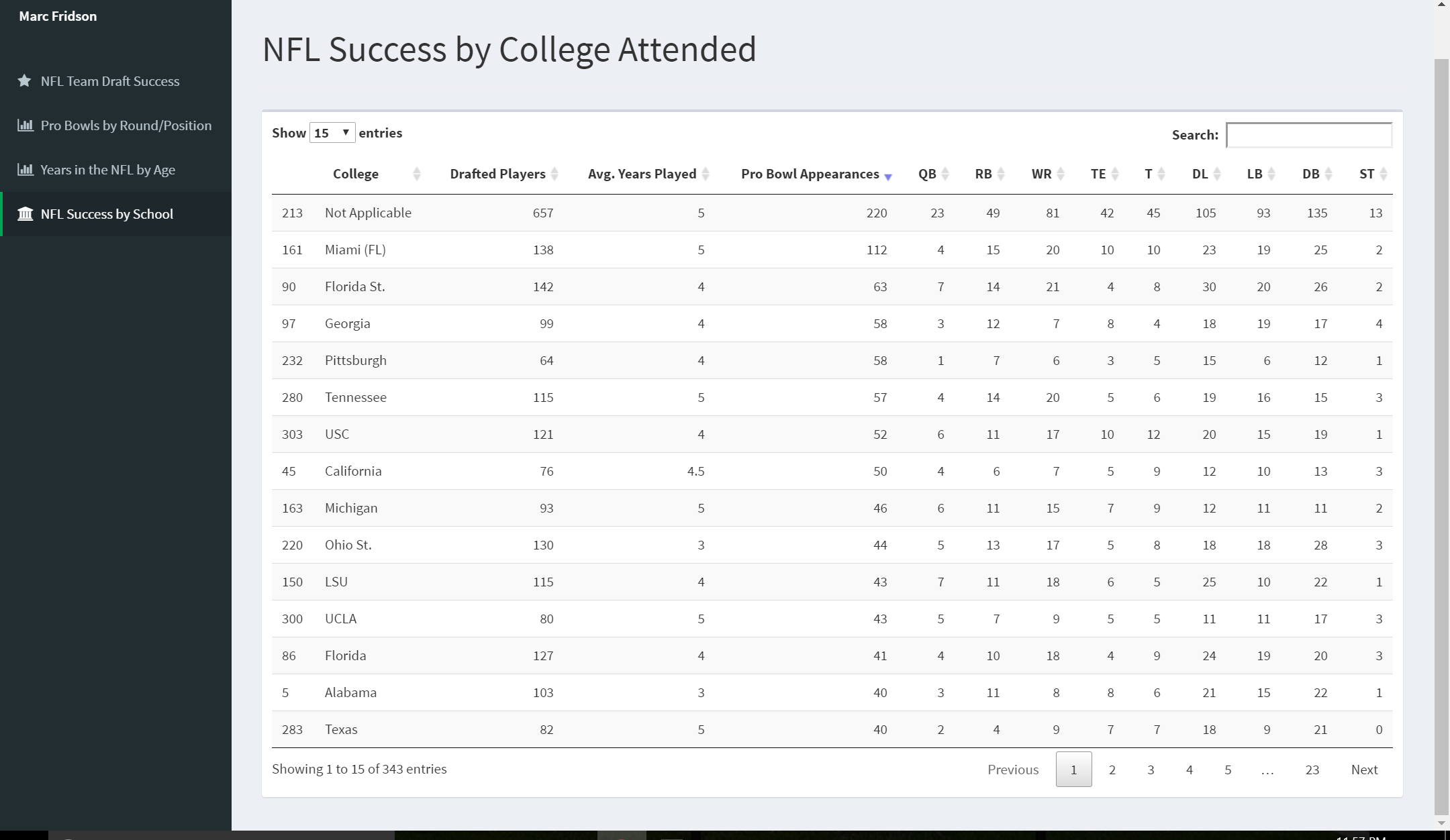 *Notes/Assumptions: Only the first 7 rounds the NFL Draft were included (this means years with greater than 7 rounds did not have their additional rounds included). Players who were drafted, but never played a down in the NFL were excluded. The time frame that is included in this analysis is 1985-2015. Conclusions about average career length only include through 2007, since going further out would result in an underestimate since players drafted after would have only been able to play a maximum of 7 years.

click here July 20, 2017
It's going to be ending of mine day, but before finish I am reading this enormous post to increase my experience.