Background: TED is a not-for-profit organization devoted to spreading ideas via short talks. Please see ted.com for more details. The dataset used in this blog was obtained from Kaggle. The blog analyzes all the talks published from 2006 to 2017. An associate shiny web app for this blog can be found here.

This blog and the web app aim to, (1) understand people's overall engagement with talks, and (2) provide recommendations to potential viewers by providing popular talks and relevant ratings.

Figures 1, 2, and 3 provide insight into people’s level of engagement, as demonstrated by the number of views, comments, and the ratio of comments per ‘1000-views’. [Note: the ratios are typically less than 1% for a social media metrics like comments per views. For example, a 0.5% comments to views ratio can be considered good for a youtube video (http://tubularinsights.com/3-metrics-youtube-success/), this ratio translated into 5 comments per 1000 views. Therefore, for the analyses in this blog, the number of comments are divided by ‘1000 views’. ]

Figure 1. The number of published talks peaked in 2012 and has decreased slightly since then.

Figure 3. People's engagement increased sharply from the beginning of the publications of talks to the year 2010, but there has been a sharp decline in people's engagement since 2010. The left panel shows cumulative numbers for all talks, whereas the right panel shows the mean and median values of 'comments per 1000 views' for talks for all the years.

How are TED talks described? 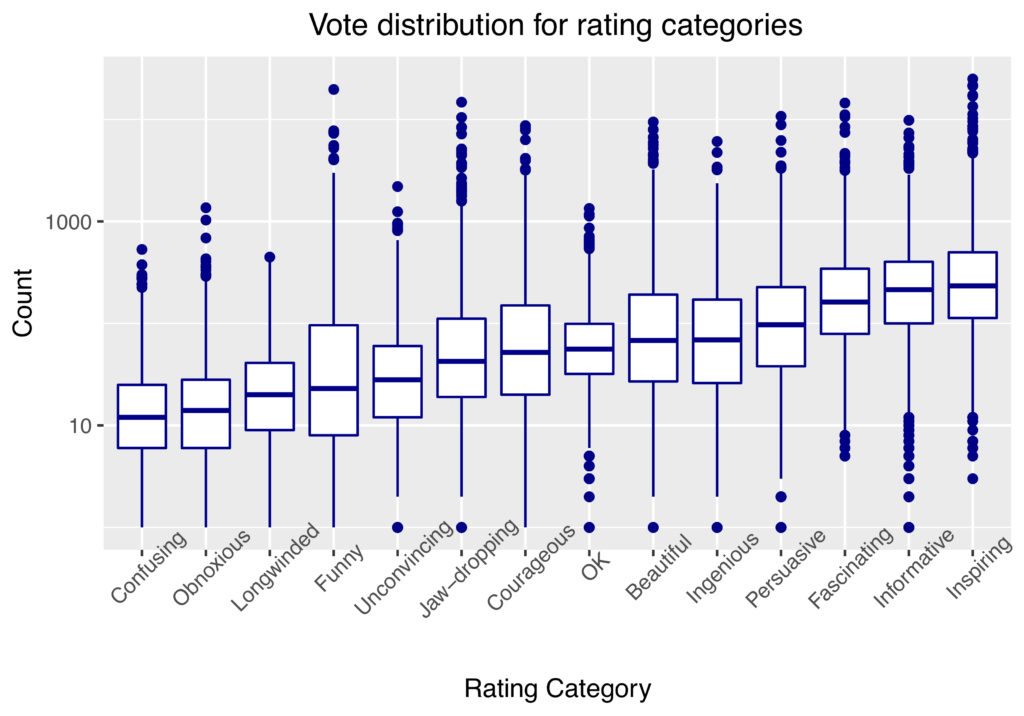 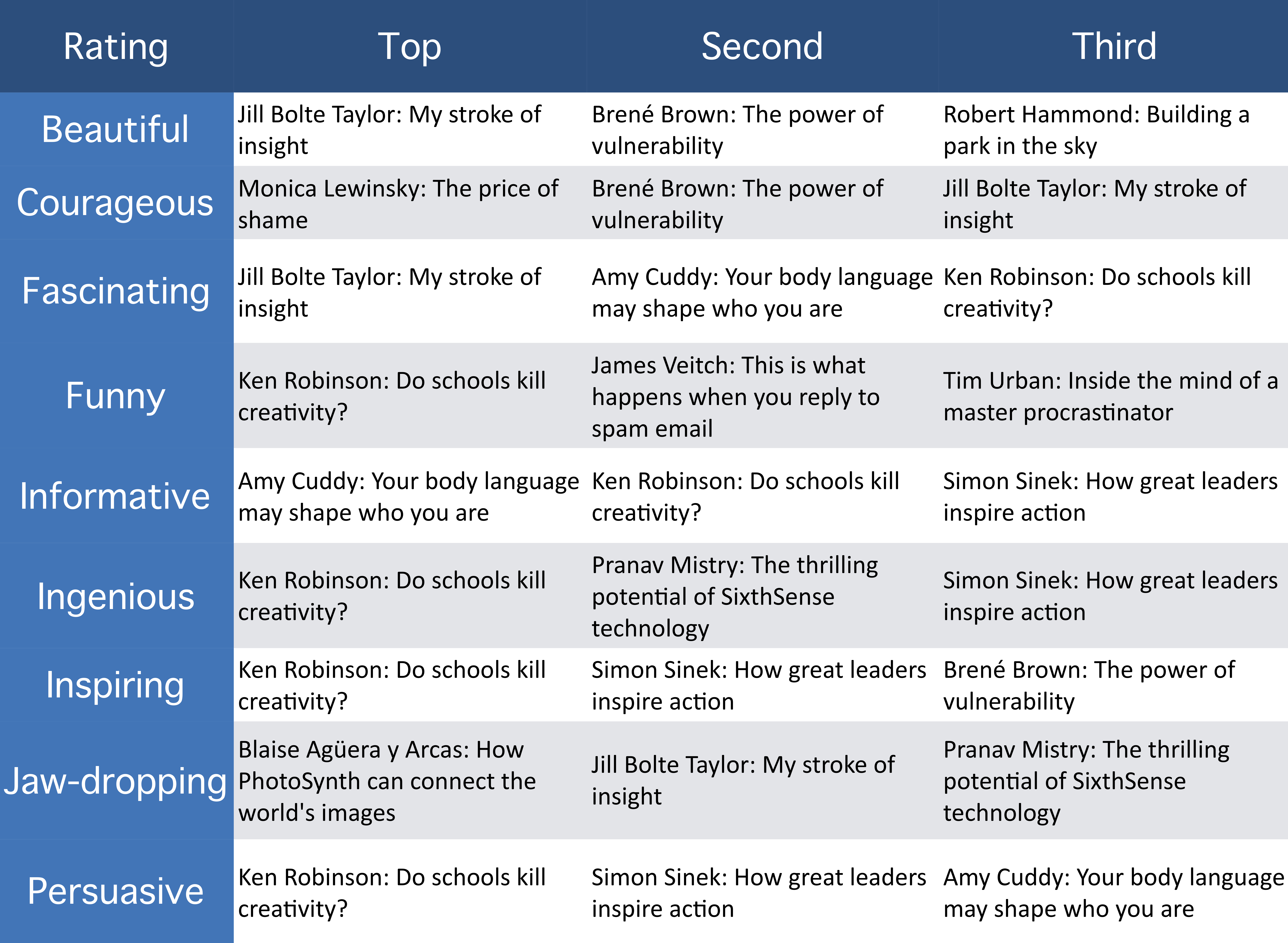 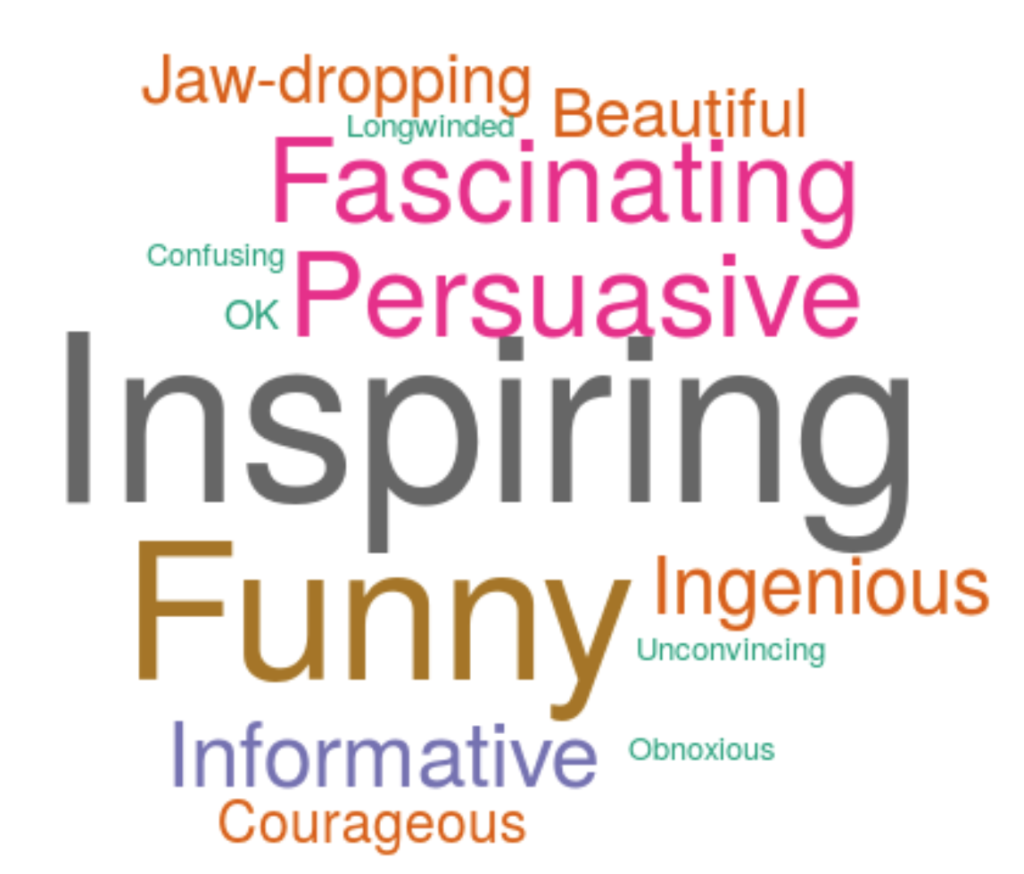 Figure 6. Ken Robinson’s “Do schools kill creativity” has the highest views, 47 Million. 24924 people found the talk to be inspiring. The word cloud shows how viewers rated it. 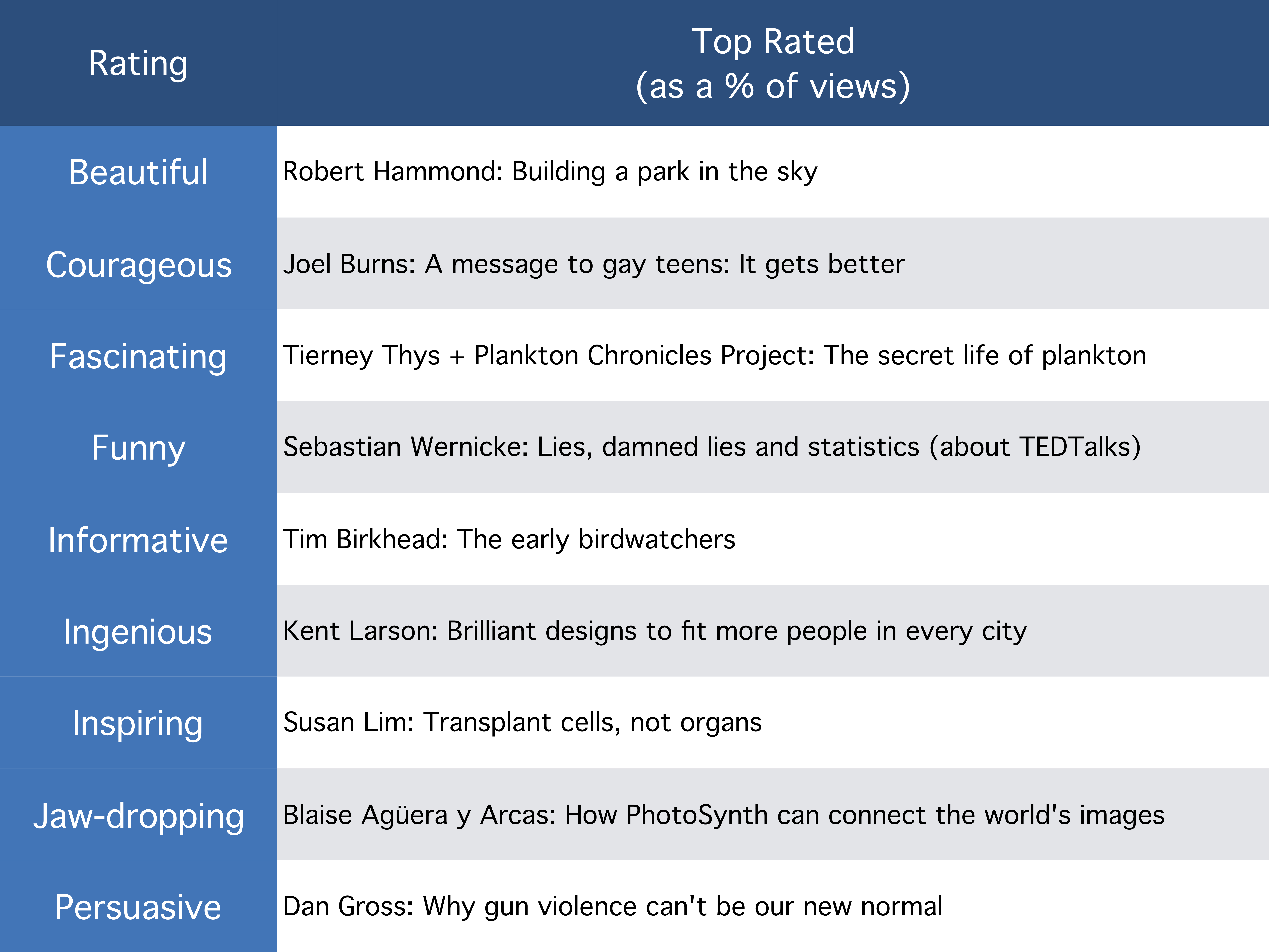 Figure 7. The figure shows the greatest percentage of ratings relative to the total number of views for a specific description. Although some of these talks were viewed much lesser times, these were best received regarding rankings by viewers. For example, 'Building a park in the sky' by Robert Hammond was rated beautiful by the highest % of viewers.

TED talks continue to be well received, but the level of viewers' engagement as demonstrated by their comments has steeply gone down in recent years. Analyzing the youtube statistics for these talks can provide additional insight into the questions probed in this blog.

View all posts by Karna Desai >