Recently one phone game spread through the whole world, and cause a lot of interesting topic about the technique behind the game. One of the hot topic is: How to predict the pokemon spawning position? 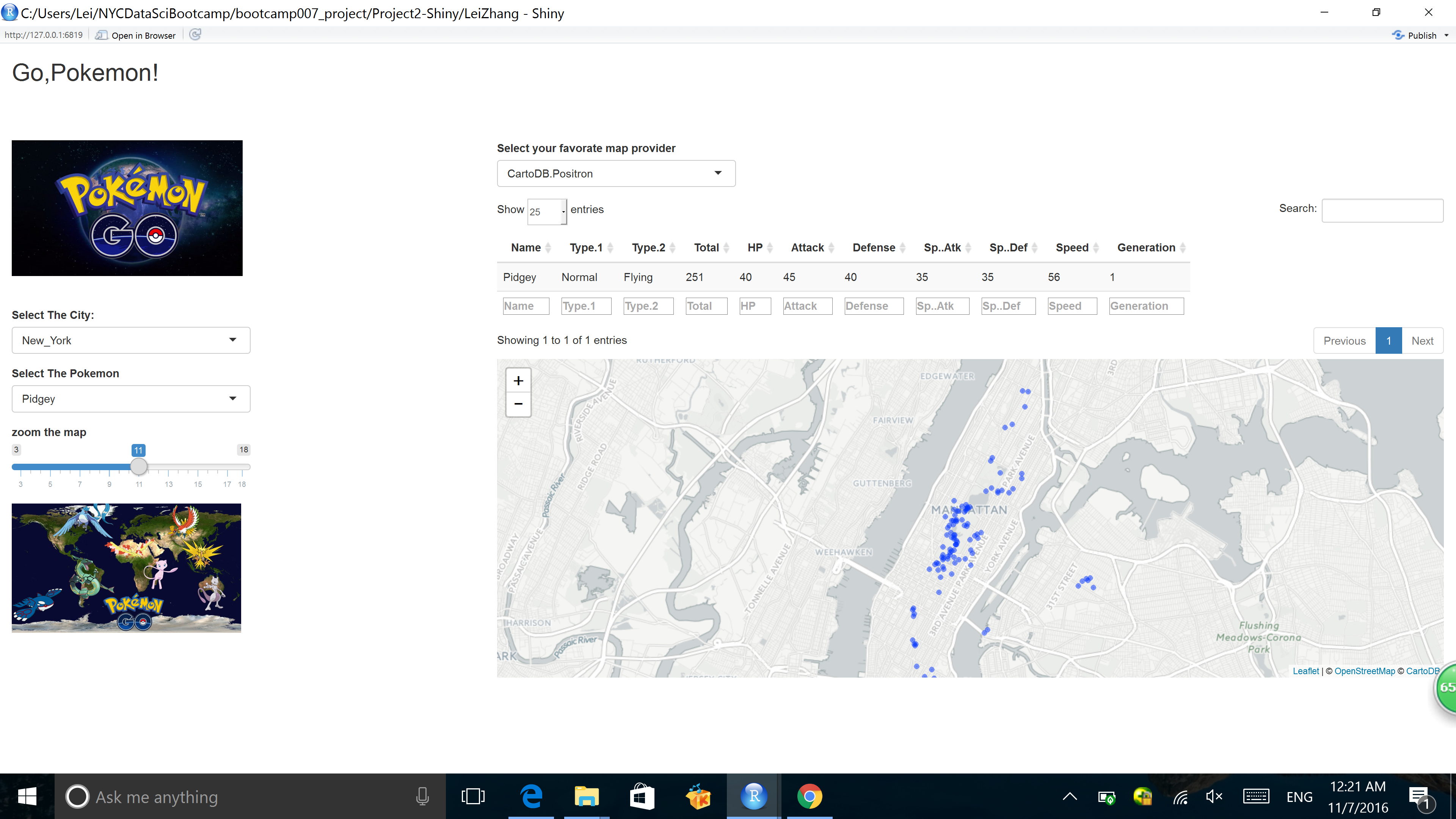 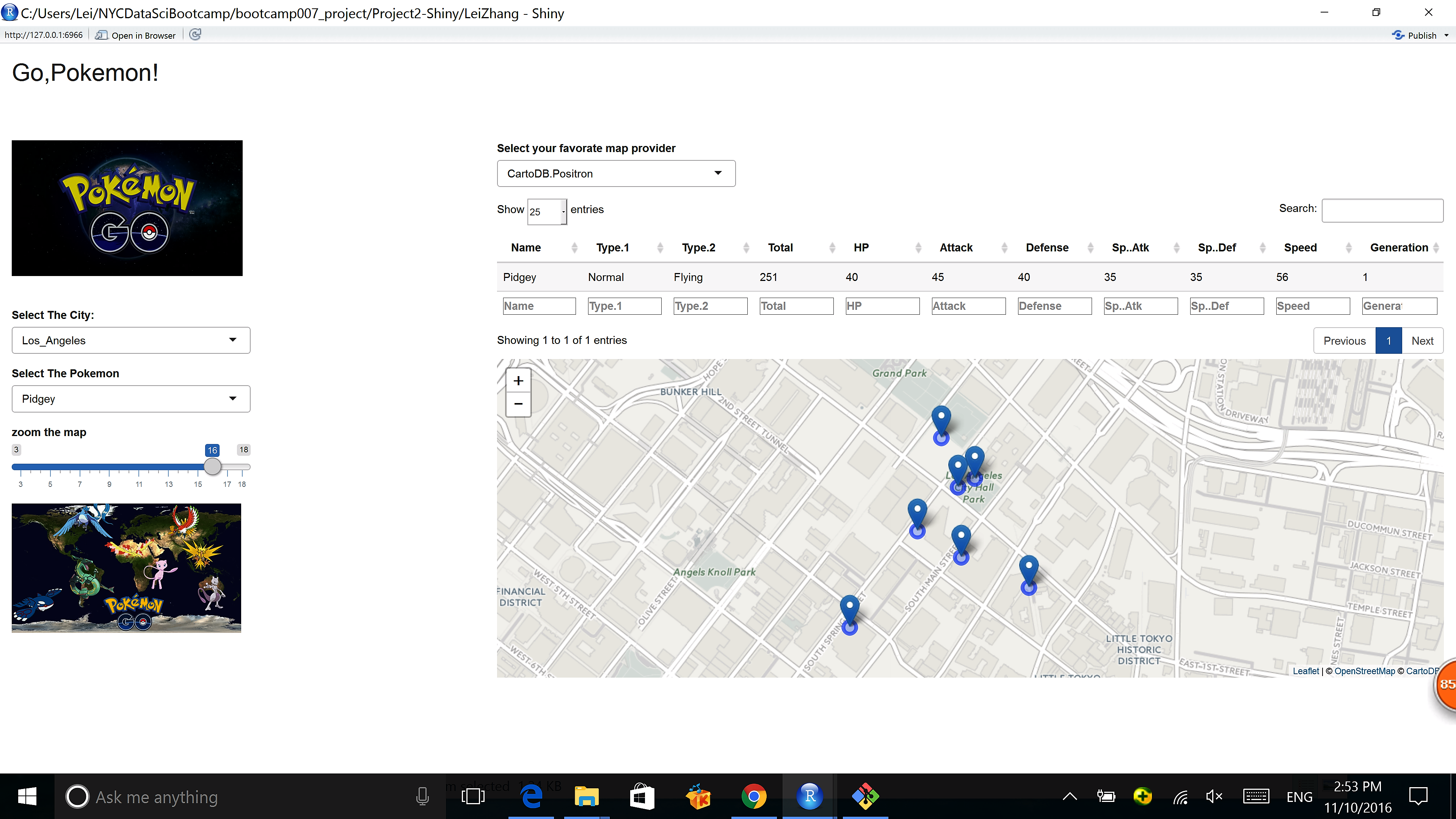 Figure 2 select the city: Los Angels and adjust the zoom level to 16, and this show very small range and explicit spawn location 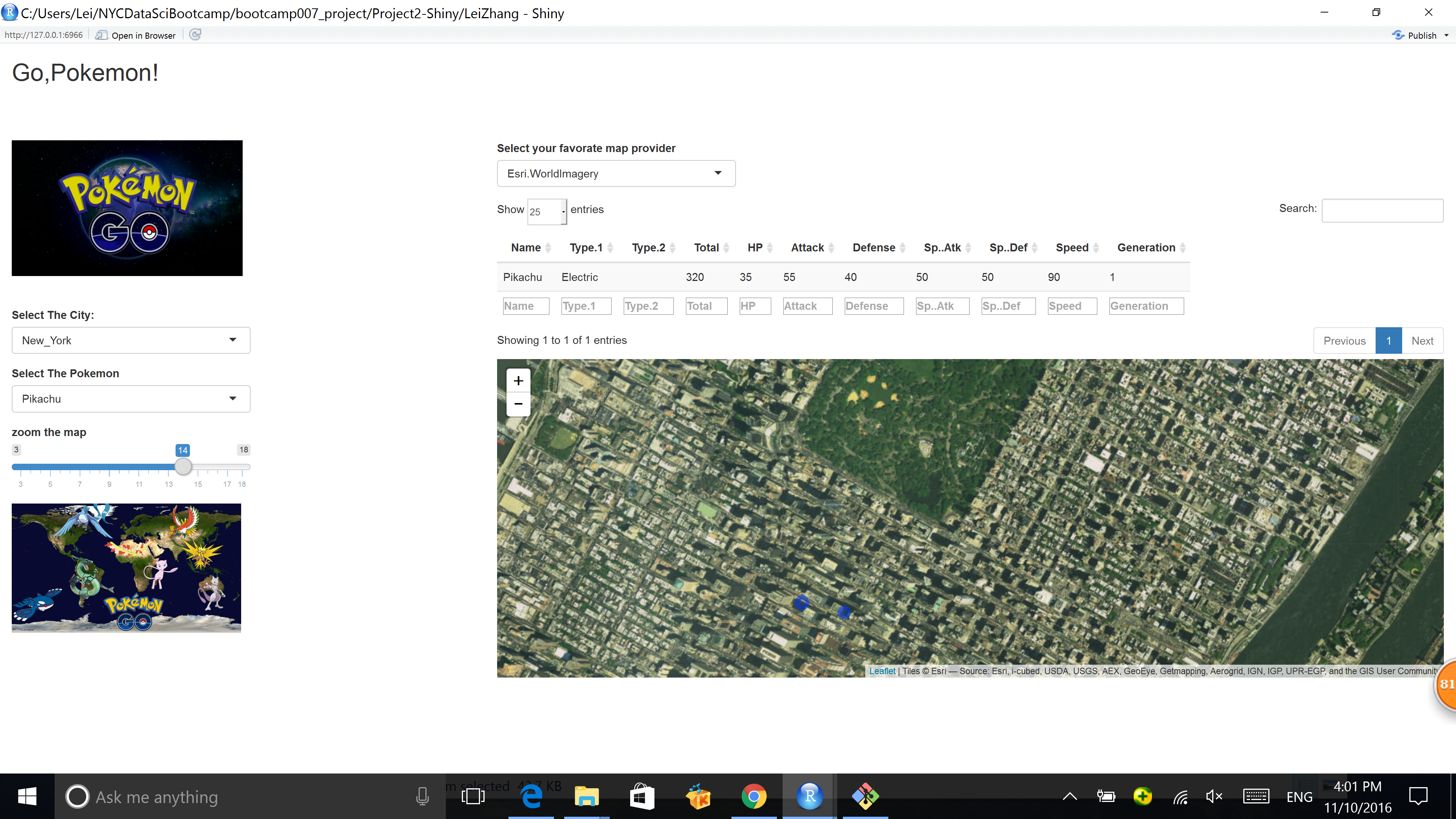 Figure 3, using the the satellite map "Esri.WorldImagery" to search the very rare kind of pokemon(Pikachu) and investigate the surrounding of the location 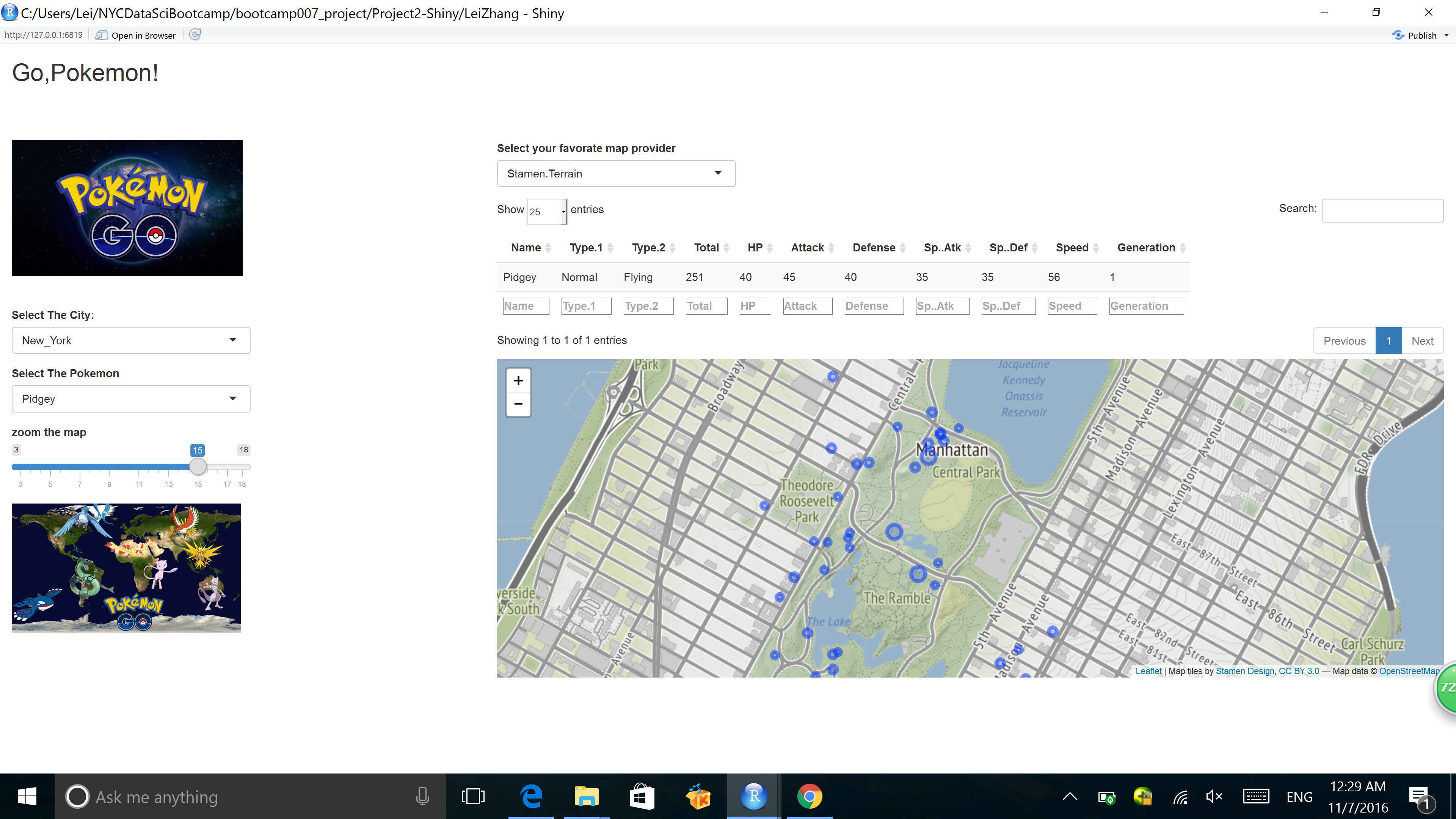 Actually, there is one very complicated equation to generate the pokemon spawns. In the future, I am going to add more features, such as wind speed, temperature, resident population density, the local time, the moving speed, and apply the machine learning algorithm  to track the pokemon more accurate.