What are the most popular smartphones and apps in China?

China is the 4th largest country in the world with a population of 1, 401, 586, 000 (and still counting). There are 980.6 million smartphone users in the country as of today. China is as great as their Walls and is considered a giant when it comes to mass production of goods, electronics, furniture, toys, and now it is dominating the advanced world of smartphones. You can easily spot a ‘China Phone’, with the huge display screen, vivid display colors, HD camera features, and the plastic (most likely) outer case.

Apps are revolutionizing the way we travel, and nowhere is this more true than China. Downloading these apps before you get to China can make everything a whole lot easier, as it alleviates problems with the language and can help you get your bearings.

When you travel to China and you want to buy a phone, the first question that comes to mind is “what are other people like me buying”. There are so many phone brands, making it difficult to pick one. Supposing that you finally make a choice and you are ready to install apps, the second thought is “what are the most popular and useful apps?” From the phone manufacturers' perspective, who will win the phone battle and occupy the China market? Who are their target customers? How can they improve sales volume and increase market share? From another point of view, when you walk into a store and you use your app to make a payment, how much information does the store manager receive about who you are (i.e. gender and age) based on the phone and app you are using? The shiny app described in this blog can help answer these questions. I hope you enjoy your tour of exploration.

TalkingData, China's largest third-party mobile data platform, releases a weekly report detailing every android phone and app used in China (i.e., excludes the iPhone). Phones with the Android system dominate the Chinese smartphone market, representing 89.9% of the total number of phones sold in China according to research from iiMedia. The dataset contains a wide variety of variables about the location, gender and age group of the users involved. We'll focus on those variables for the shiny.

The data schema can be represented in the following chart: 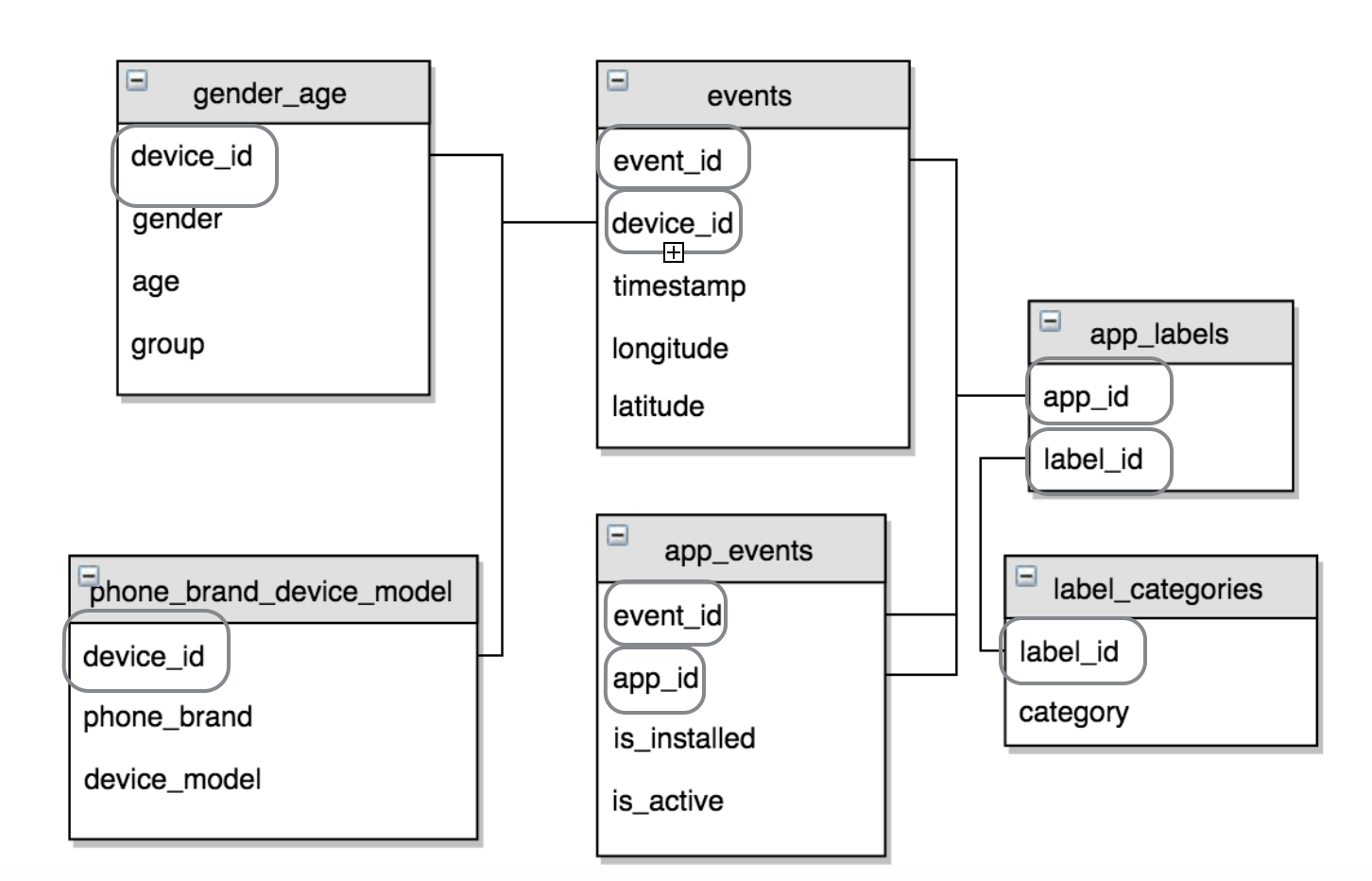 From this main dataset, I created two separate datasets. One is for device_id related to phone brand, users' gender, age and group, and location ; the other is for device_id plus app_id related to phone brand, users' gender, age group,  location,  app categories, whether apps are installed or not,  and whether apps are active or not. For data analysis, please refer to the link for R codes:

From this shiny, you will get answers to the following questions:

There are 6 pages in the shiny. In each page, you  have different choices by selecting items in the sidebar. I will show you my findings when I explore the shiny app.

What are the best-selling smartphones in China?

Let's take a look at the top 10 popular smartphones that are trending now in China. 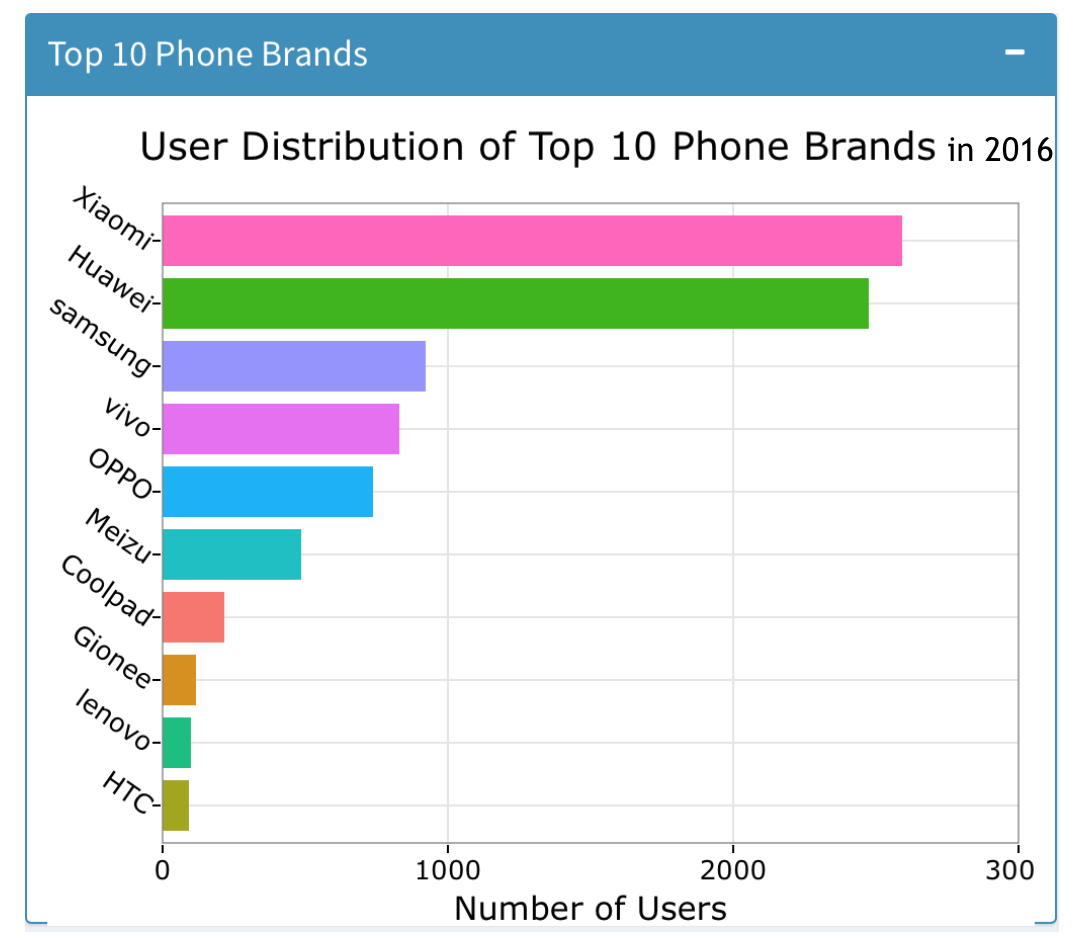 The best 10 Android phones on the market  have similar features, with more advanced cameras, faster processors and fresh apps, and some of them are coming in at cheaper prices. China’s phone market is dominated by Xiaomi and Huawei. But Samsung, Vivo, and OPPO also catch our eyes for their good performance. Also I list the top 4 popular phones in 2015, provided by IDC. By comparison,  Samsung's dramatic increase in 2016 is most evident and Samsung now ranks third in the market. 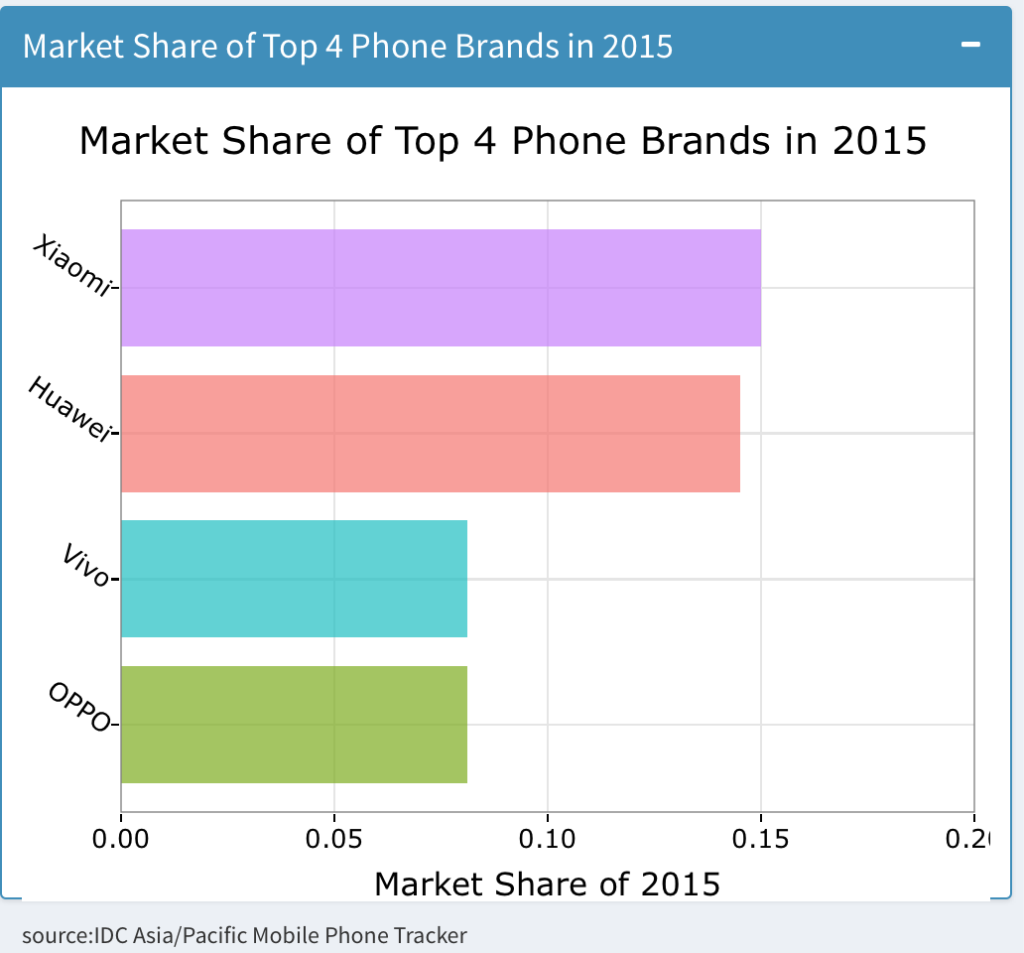 Furthermore, the shiny app provides a way to identify the trendiest phones in the top 3 brands.  We can take a look at the possible reasons  why the market is preoccupied with Xiaomi, Huawei and Samsung.

First let’s look at the Xiaomi Redmi Note2.  This smartphone has broken all the selling records in China. It sold over 800,000 units within 12 hours. It is one of the few pocket-friendly phones in China, and with its 13MP camera and a powerful Octa-core MediaTek chip. It also offers a user-friendly interface and a lively display .

As Huawei’s flagship phone, the Ascend Mate 7 makes the enthusiasts silent with its display size of 6 inches, advanced processor, 13MP of a rear camera and its long battery life. 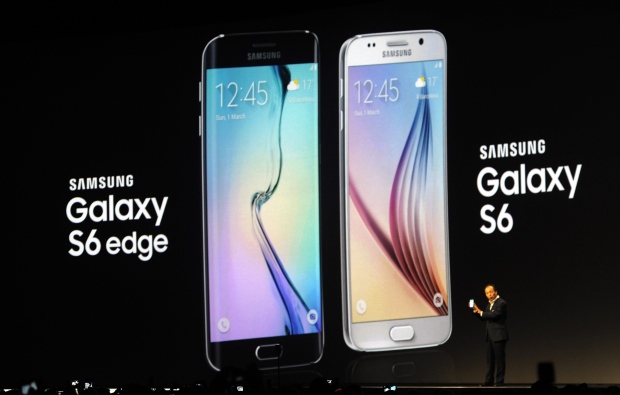 Samsung S6 and S6 Edge offer a better performance than the previous generations of the Samsung S-series. It has a powerful Exynos 7420 processor built on a 14nm process which makes it the most advanced among all the other smartphones offered in the local tech market, including the latest Android 5.0.1 Lollipop.

What is the user geographical distribution?

Xiaomi and Huawei are popular local smartphone brands in China. Yet, different cities  in China may have a preference toward different smartphone brands. To get a clear view of their geographical distribution, I separate the map to two parts.

What is the user distribution by gender?

The graph shows a distribution of the smartphone users by gender. Men have more smartphones than women in China, with 70% of men owning these devices and 30% of women on average in May 2016. Additionally, different phone brands have different distributions of female and male users. Huawei and Samsung seem to have an advantage in attracting males while OPPO and Vivo are more attractive to females. This is not surprising.  It suggests  that females prefer fashion phones such as OPPO and Vivo while males like functional phones such as Huawei and Samsung. Xiaomi is the king here (of course Apple is excluded).

What is the user distribution by age?

First, let's investigate the general distribution of each brand. 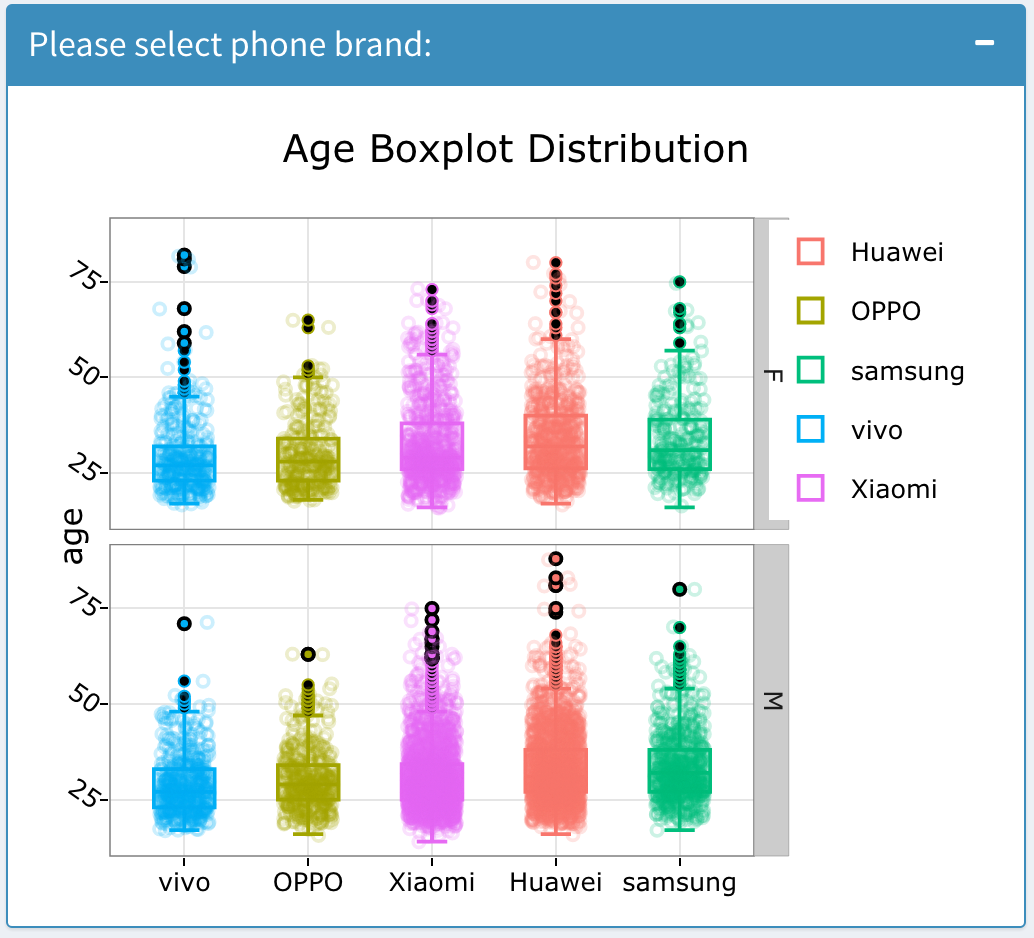 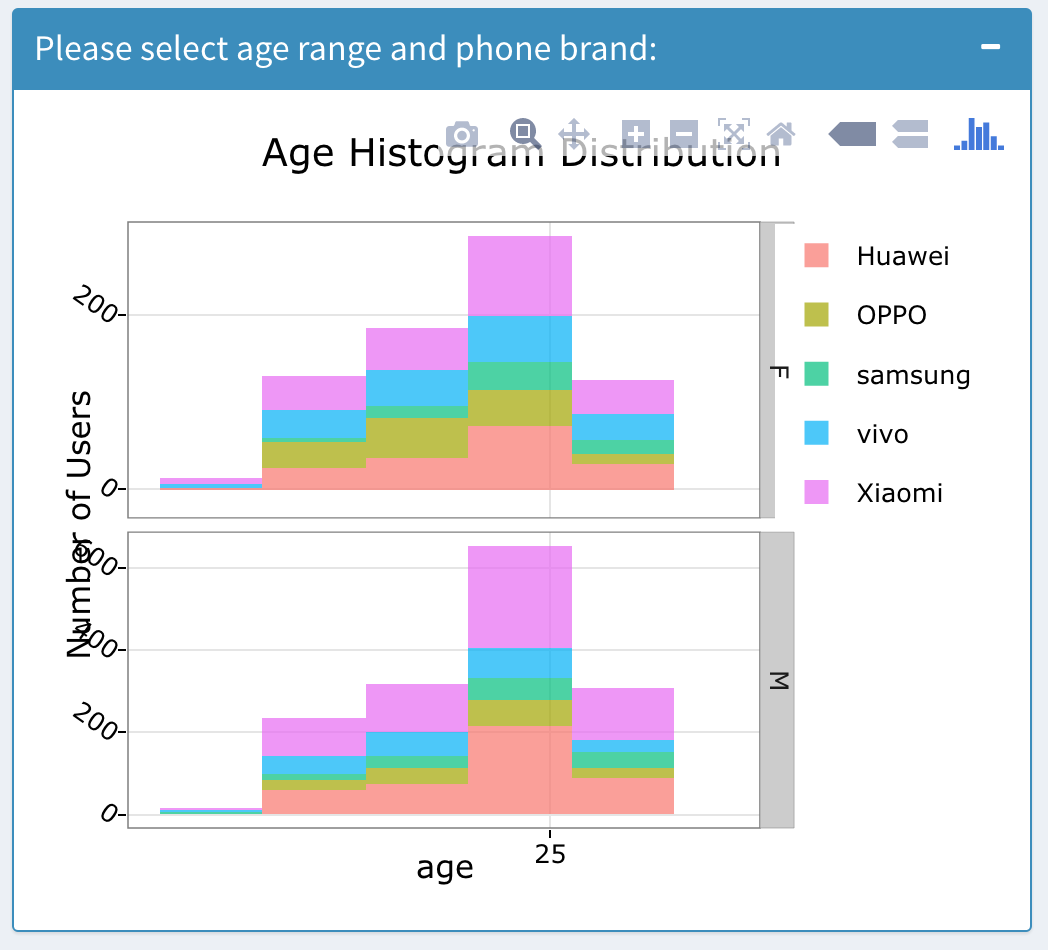 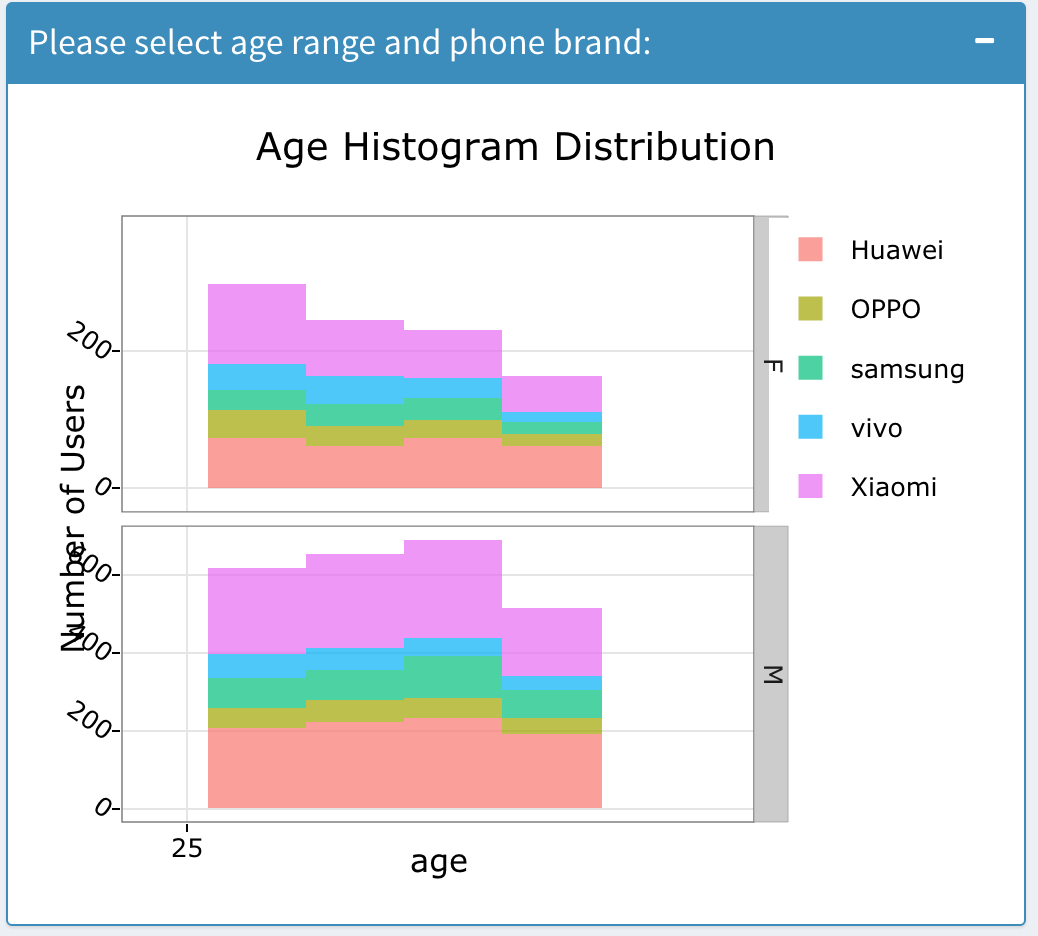 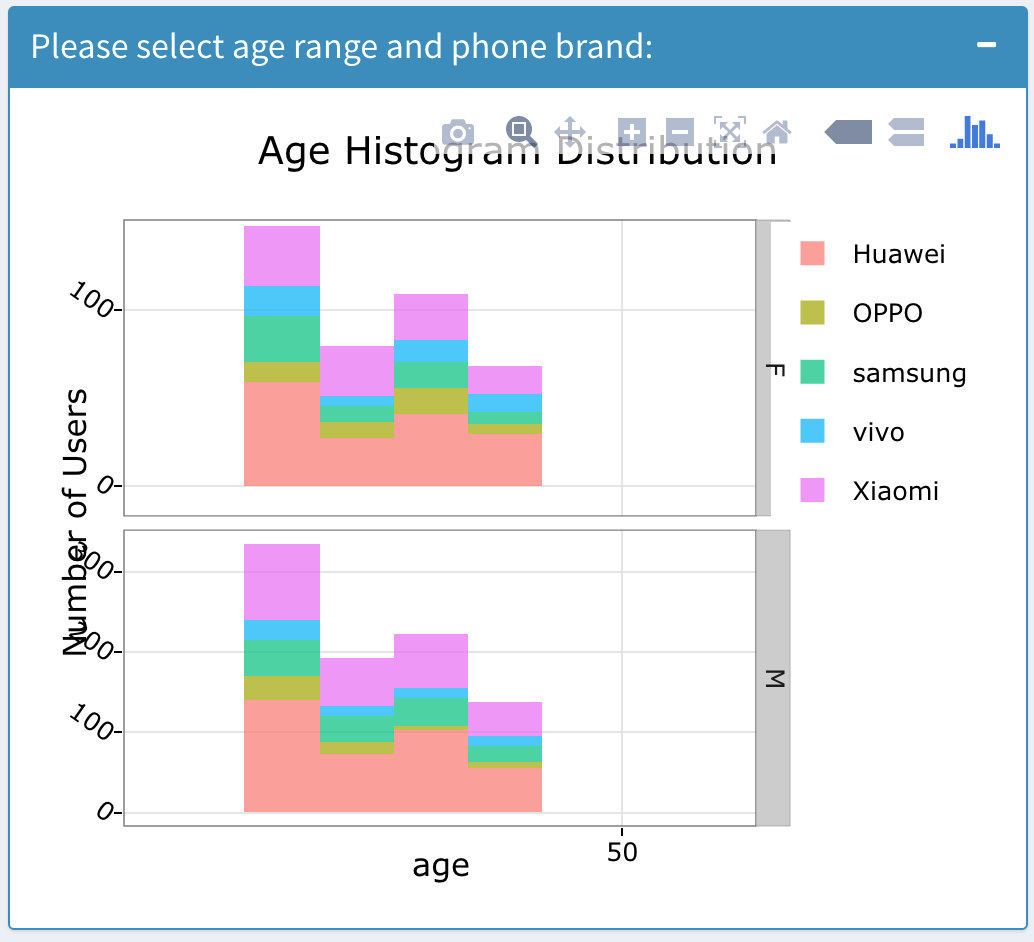 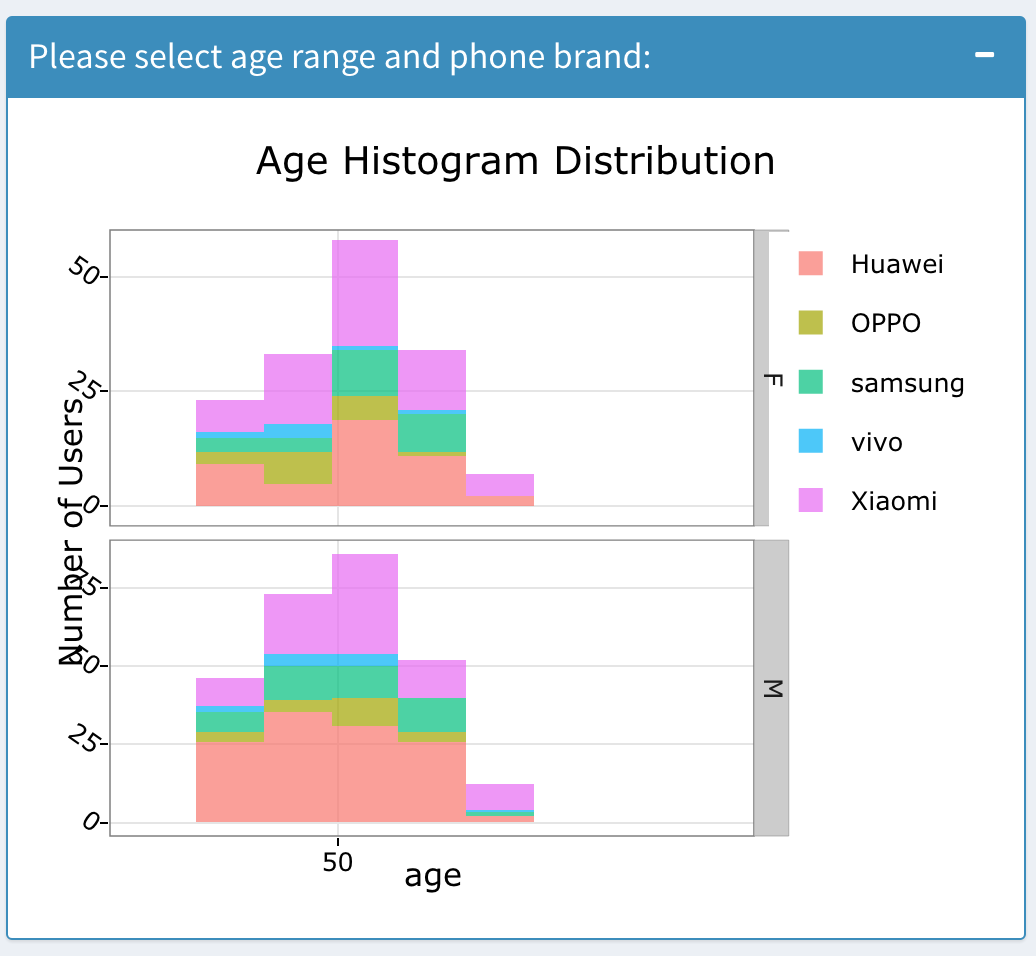 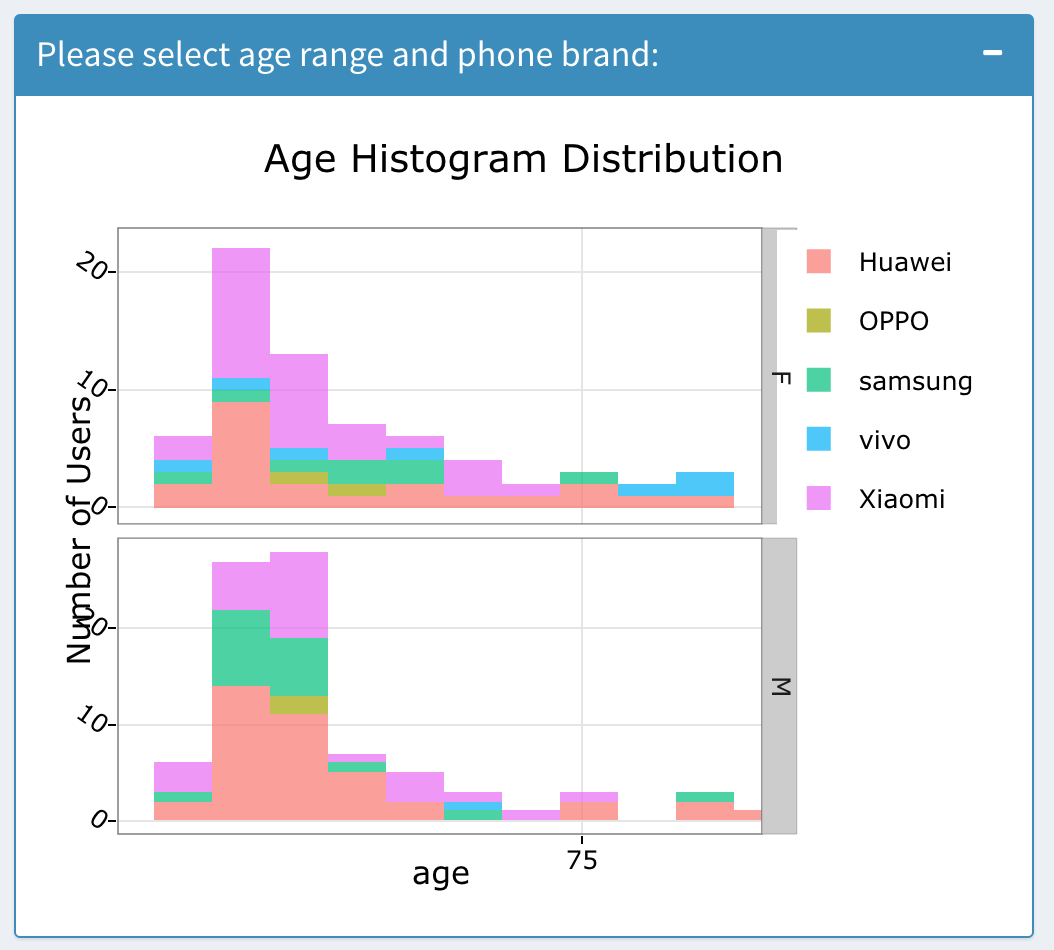 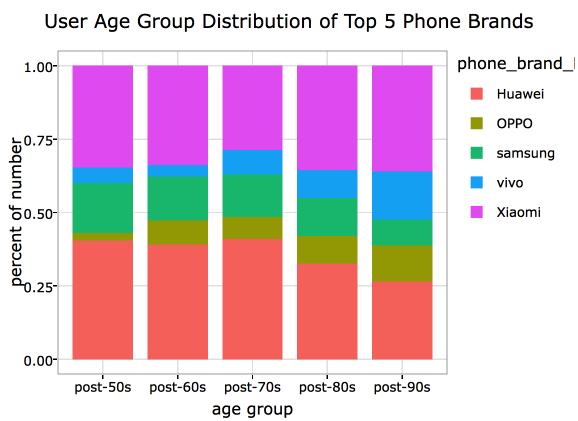 Differences exist in the purchase of smartphones by age. The post-90s consumers are more likely to buy Xiaomi, Huawei and Vivo. However, consumers in the post-80s, post-70s, post-60s and post-50s are more inclined to buy Xiaomi, Huawei and Samsung. All graphs reveal the same information that the young generation prefer to buy the fashion and more affordable phones such as Vivo and OPPO while senior people are more in favor of Huawei and Samsung. Again, Xiaomi is the dominant.

The further analysis of age group can be performed by the following code:

What are the top 10 installed apps in China? 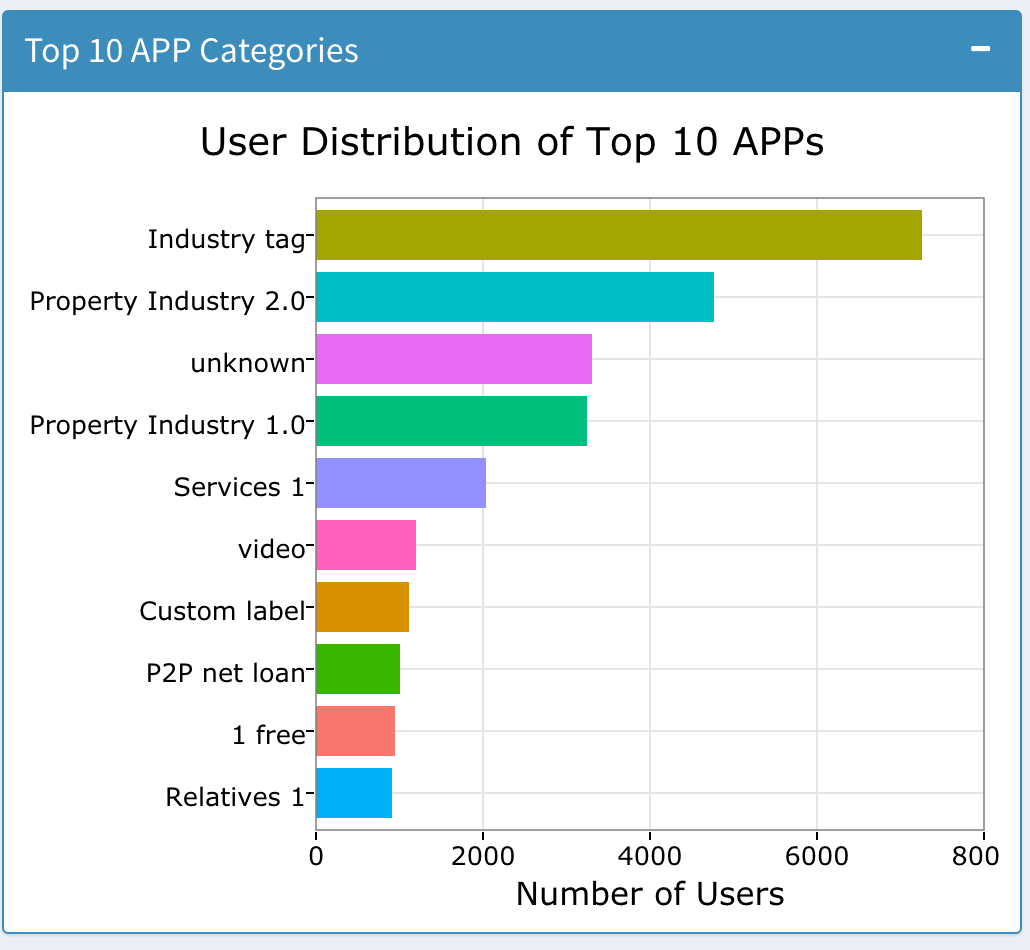 What is the user geographical distribution?

What is the user distribution by phone? 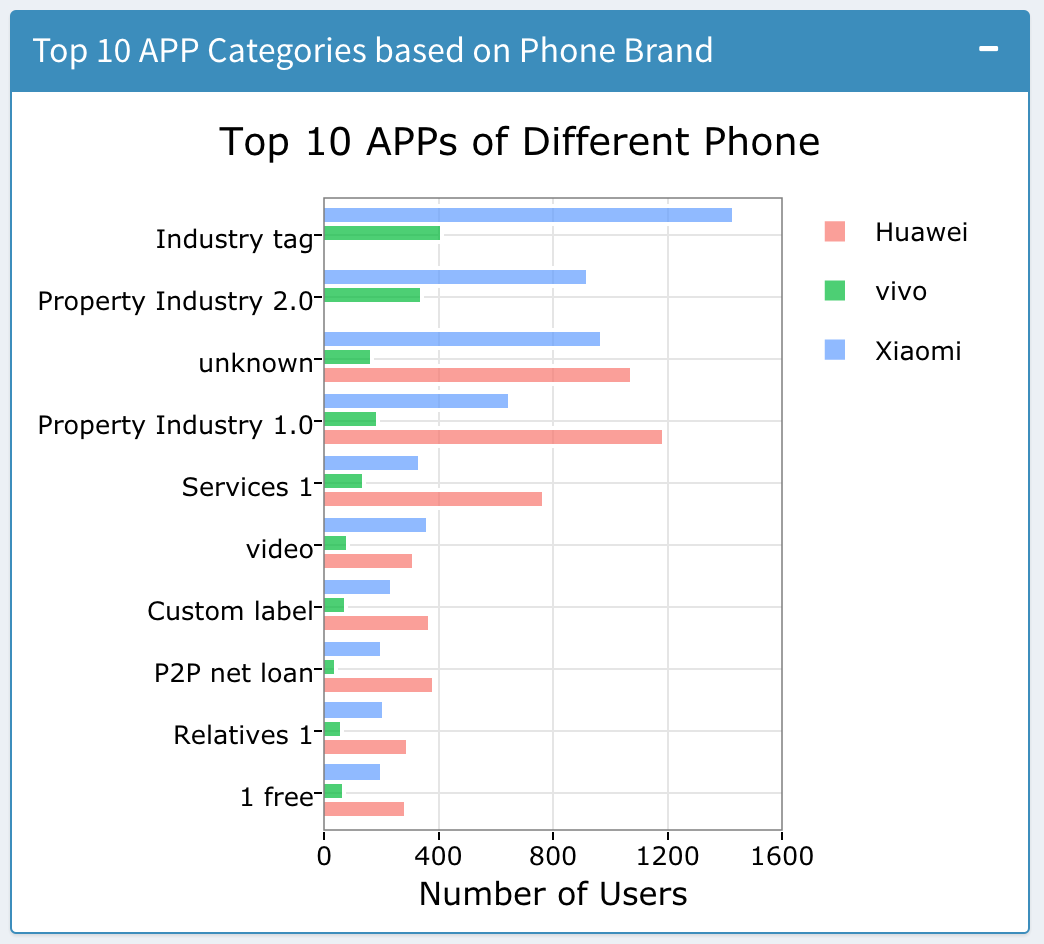 What is the user distribution by gender?

The graph shows a distribution of the app categories by gender. Men download more apps than women in China, with 75% of men installing these apps and 25% of women by average in May 2016, and different phone brand shares a similar distribution.

What is the user distribution by age? 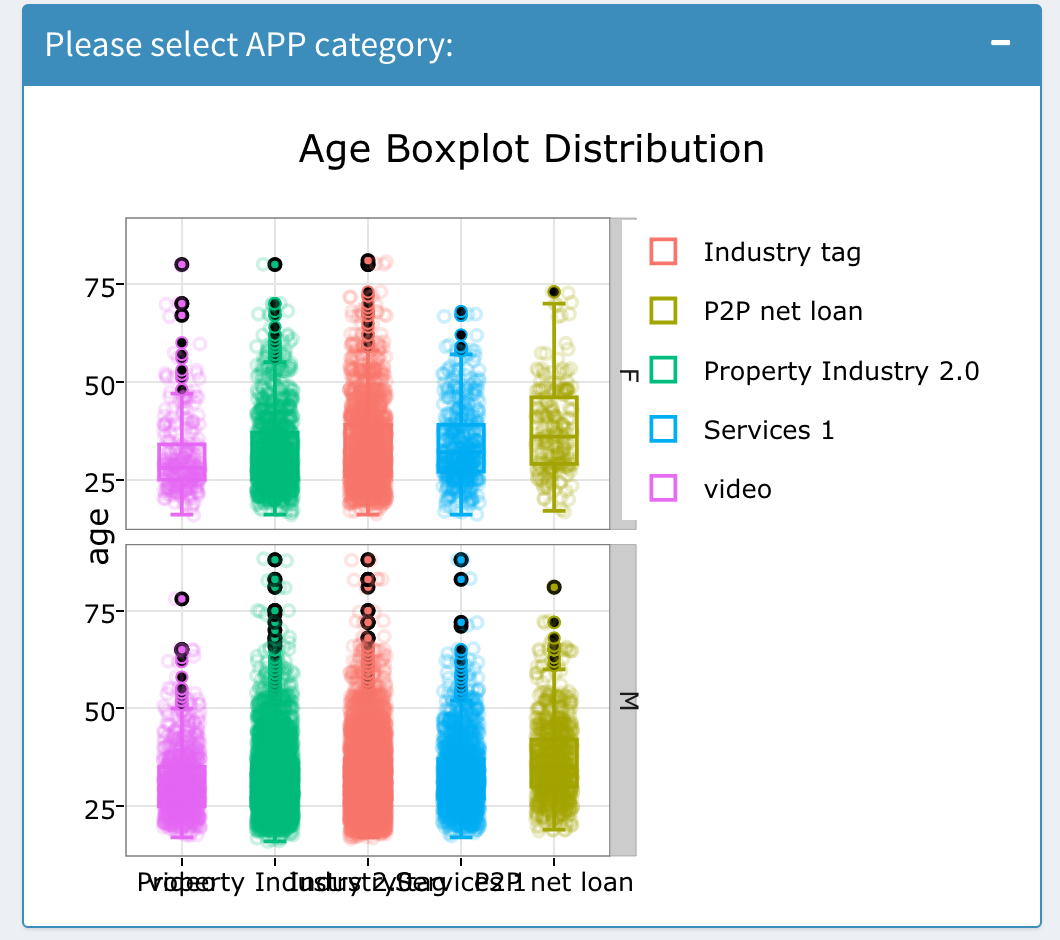 The youngest users are between 16 and 17 years old,  the oldest users are between 68 and 80 years old, and the users' average age is between 28 and 32, dependent on each app category. While many people think of apps as things that younger people use, there are older people who download and use apps. After all, there are all kinds of senior citizens who are very tech-savvy, and are using computers and mobile devices every day.

How about the preferences of different age groups? 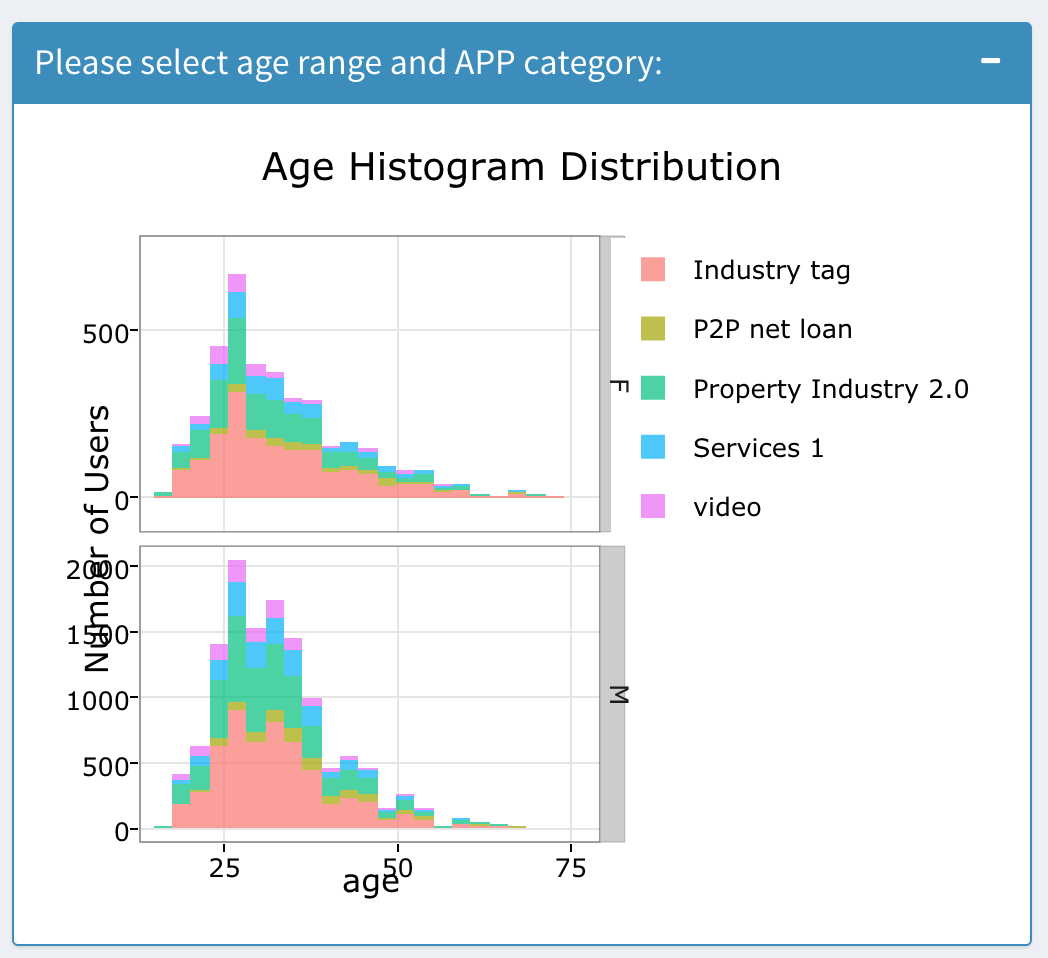 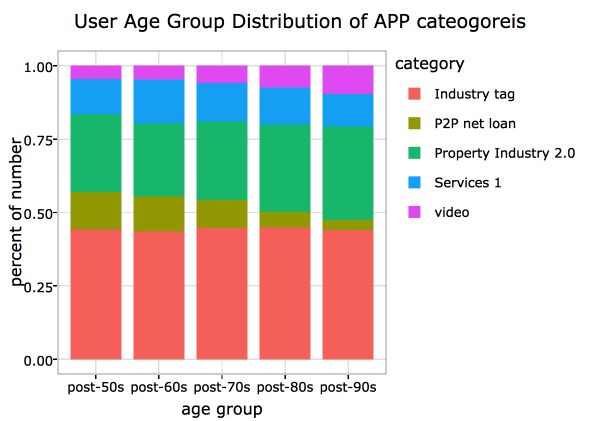 Differences exist in the downloading of apps by category and age group.  The post-90s and post-80s consumers are more likely to install  services 1 and video. However, consumers in the post-70s, post-60s and post-50s are more inclined to download services 1 and p2p net load. Again, industry tag and property industry 2.0 are the dominant.

What are the most popular and active apps? 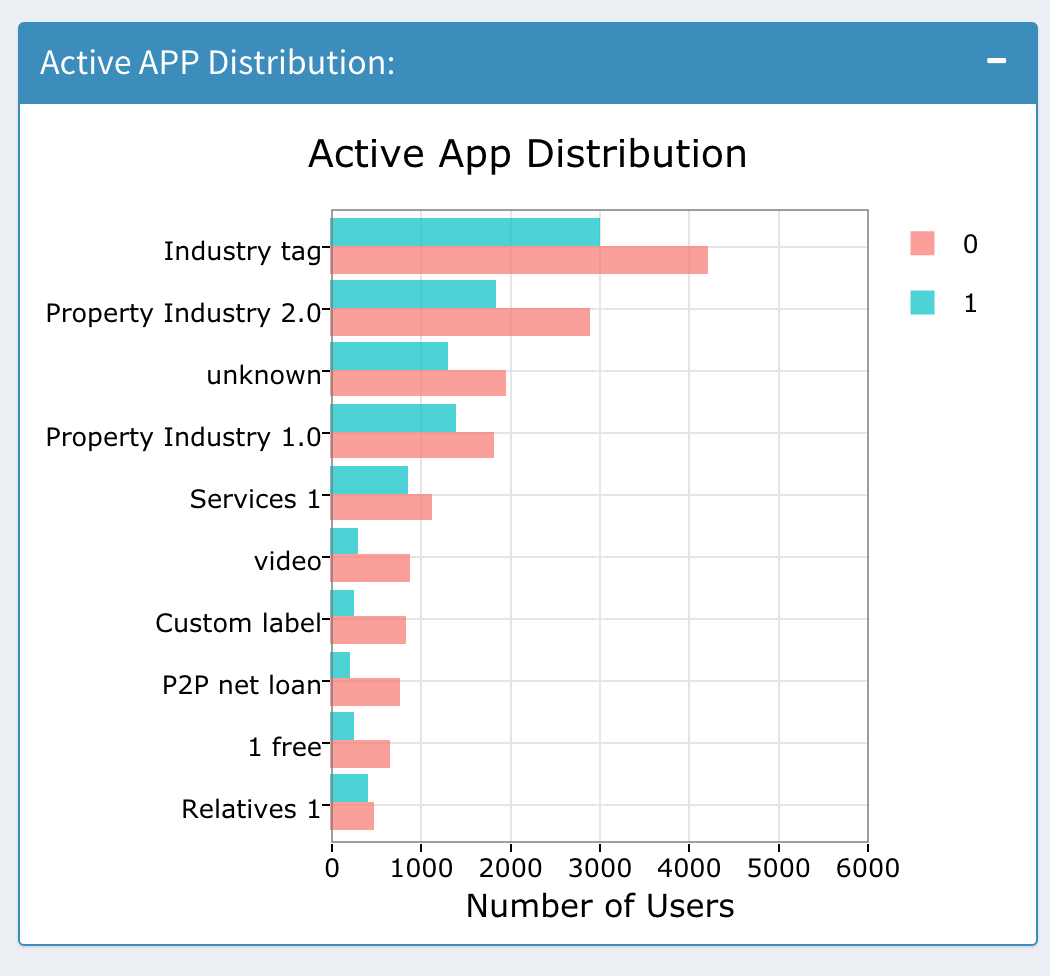 Surprisingly, there are more inactive downloaded app categories than there are active ones, which means most people install a lot of apps but they actually do not use them frequently.

Top 10 popular phones and  apps based on gender and age

In the shiny, you can customize your own word cloud by selecting your gender and age.

For example, I am female and 30 years old.

I think you can find your own answers now:

If I learn more machine learning skills,  I could build a model predicting users’ demographic characteristics based on their app usage, geolocation, and mobile device properties. Doing so will help millions of developers and brand advertisers around the world to pursue data-driven marketing efforts which are relevant to their users and catered to their preferences.