Data shows that the ability to accurately estimate housing prices based on housing specs and neighborhood information is a valuable tool for anybody in the real estate market.  The goal of this project was to estimate housing prices in the city of Ames, Iowa as accurately as possible for a fictional startup real estate company.  Obtaining an accurate estimation is the priority over the interpretability of influential features, but any information garnered from the model related to feature importance was also appreciated.

The data used for this project included data on 2580 houses that were sold between 2006 and 2010. The dataset included 81 features, both qualitative and quantitative, as well as property addresses, which allowed us to find the latitude and longitude information for each house.  We incorporated some external data into the model, including proximity to the nearest schools, parks, and recreational centers, as well as the number of these same facilities within a one mile distance, as calculated by finding the difference in latitude and longitude locations of each area of interest to each house.

The dataset had many missing values that had to be dealt with in different ways. We devised a data dictionary that defined whether missing values for some variables should be replaced with ‘None’ or 0 based on whether the variable was quantitative or the missing value indicated the absent feature.

Some of the features used character values in place of ordinal rankings, so we created dictionaries to map the words to quantitative values in these cases.  For example:

Based on initial research and background knowledge, we decided to look into the influence of neighborhoods on real estate pricing. As part of exploratory analysis, we could clearly identify that median housing prices varied by neighborhood. Twenty-six neighborhoods were included in the dataset with median sale prices ranging from $89,375 to $302,000, while still showing overlap between some of the neighborhoods (Figure 1). 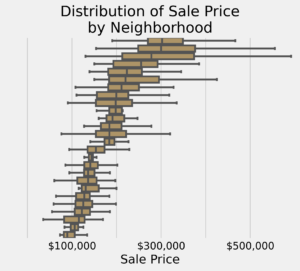 By mapping these sale prices, we could see clear groupings of more expensive houses to the north and south of Iowa State University with less expensive housing located to the east of the school. Clear clusters could be viewed based on location (Figure 2). 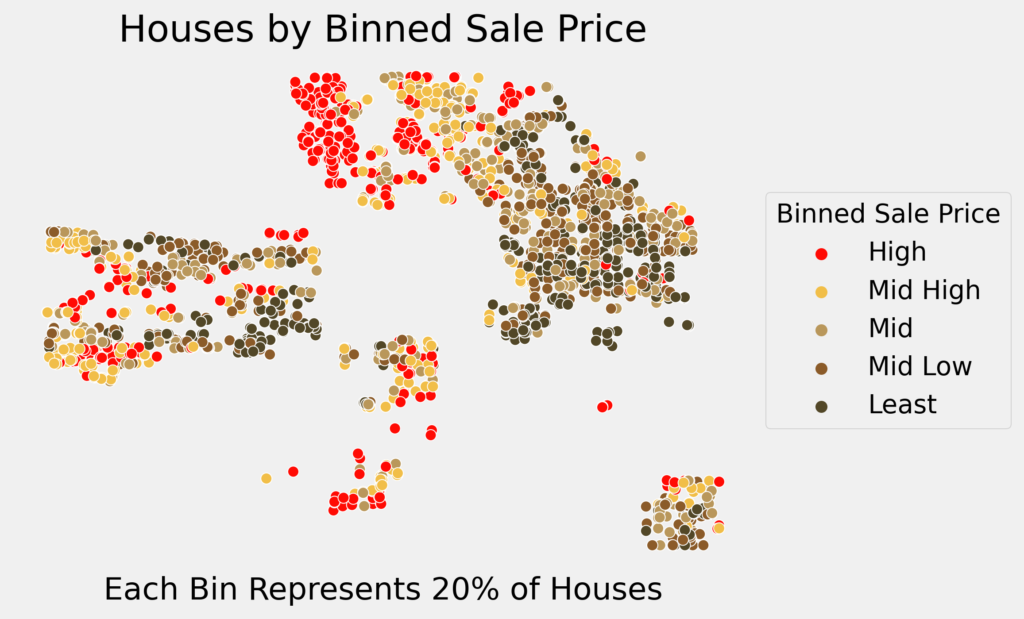 Figure 2. Each house datapoint, viewed by location and sale price.

We included a multi-linear model as an initial baseline model, so we looked at many of the features and estimated transformations that would help make the relationship between the feature and sale price more linear. Many of the features were put through non-linear polynomial transformations, such as squaring, cubing, or square-rooting the feature. This proved to be very successful in improving the relationship between input and target, as can be seen from the example of house age (Figure 3).

Figure 3. Applying a square root transformation to some features, like ‘House Age’ created a more linear relationship between the feature and the target.

This same method was applied to several other features including Lot Area (Figure 4).

In the real estate market, agents often will use comparable sales, or “comps,” to assist in estimating market value. We thought the model could benefit from this information as well. Accordingly, we engineered “comps” features for many important categorical features including: neighborhood, garage car capacity, building type, MS Zoning, and housing condition. For each of the categories under all the features, the median housing price for houses within that group was calculated and added as a new feature.

Once the new features were added, and all were cleaned and transformed, we were ready to model.  As we started the modeling phase of the project, we settled on using the r2 value as the metric to indicate model success because we were looking simply at model accuracy and not focusing on the size of variation.

The baseline model was a simple multilinear regression model using all cleaned variables, which returned an r2 value of 90.66%. To improve the results from the baseline model, we created two penalized regression models -- Lasso and Elastic-net -- and two decision tree ensembles -- Random Forest and XGBoost.  Each model was tuned using 5-fold cross-validation and trained on the entire dataset with a train-test ratio of 75/25%.

In the end, the models all produced similar results, but the Lasso model outperformed the others using all features.

With the whole complete set of features in hand, we started a process to remove any major sources of multicollinearity, thus reducing the size of the feature set by iteratively looking at Variance Inflation Factors (VIF) for the features and their importances based on the coefficients produced from the Lasso model. Features with high VIF scores that were correlated with other features as viewed on a correlation matrix and that had low feature importances were removed, and the VIF scores were re-calculated.

This process was repeated until all the remaining features were no longer highly correlated with others, leaving a reduced set of 47 features. The reduced feature set was applied to the best model, Lasso, resulting in a final, improved r2 value of 92.5%.

Many of the features selected by the models showed similar traits. This was especially true for Lasso and Elastic-net, which showed an almost exact replication of selected features. Elastic Net did include more neighborhood features.

We observed that the polynomial transformation of many features was selected over their baseline counterparts for many of the top 20 features selected by the penalized regression models (Figure 5).  This was especially noticeable for the top five features, which were all square root transformations, indicating these features had diminishing returns as their values increased.

Generally, the externally added features related to parks, recreation centers, and nearby schools were dropped from the model because they didn’t seem to show improved results when included.  Comparable Estimates were also included in two of the top 20 features, showing the added value of including these features.  Specifically “comps” related to MS Zoning and Neighborhood proved to be significant. 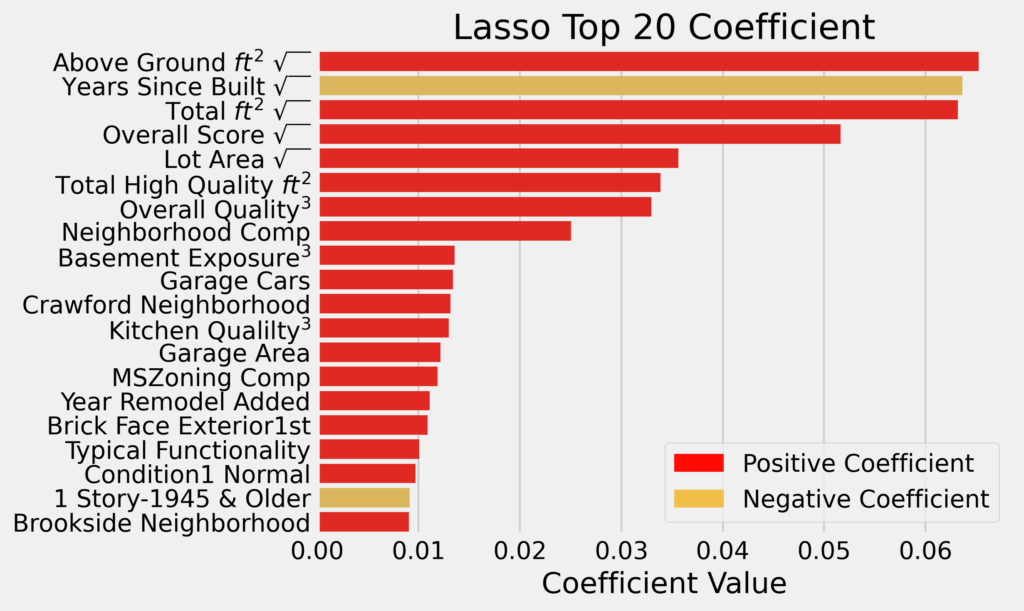 Overall, the model performed very well, providing accurate estimates of housing prices based on housing features and comparable estimates. As we predicted, the neighborhood was relevant to housing estimates, but, more importantly, applying polynomial transformations to features boosted scores the most. This model is now tuned for Ames and our startup real estate client can use it to predict the sales price of a new house based on available housing and neighborhood features.

Hayden is an NYC Data Science Academy Fellow with a B.S. in Mathematics from the University of Utah. He then went on to work as a math teacher and debate coach, coaching multiple state champions. During this time...
View all posts by Hayden Warren >

Julie has a background in Electrical and Biomedical Engineering, receiving her M.A.Sc at the University of British Columbia where she studied ultrasound and MRI Elastography. She loves working on a wide range of projects and has collected experience...
View all posts by Julie Hemily >

View all posts by Alex Austin >