House pricing is as much an art as science. There are many contributing factors that determine a house price and many methods to address the complexity of the problem. In previous projects, I researched the housing market from numerical and non-numerical perspectives, and was able to devise several methods that were on target for price estimates. What I find most surprising is the tendency of home buyers to prioritize the visual aspects and their feeling about the neighborhood when making their purchase decision. Many psychological studies have been published on what makes people decide when buying the single most important investment of their lives, but only a few researches included the visuals in their price estimation. Since half the decision is made through our sense of sight, I decided to do housing image classification and house pricing by using numerical data along with its corresponding image(s). 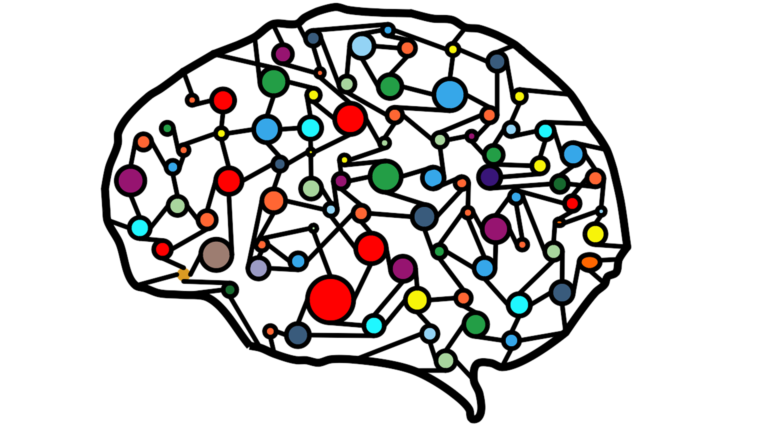 First, I started collecting data by scraping Weichert’s website for Southern California listings. I scanned through every county and city and downloaded exterior frontal images and some numerical data such as number of bathrooms and bedrooms, square footage, address, and price. In the end, I created a dataset for about 20,000 listings. Bearing in mind that the general rule of thumb is to collect around 50,000 images. Because of my own computational and time limitations, I decided to move forward with this dataset. 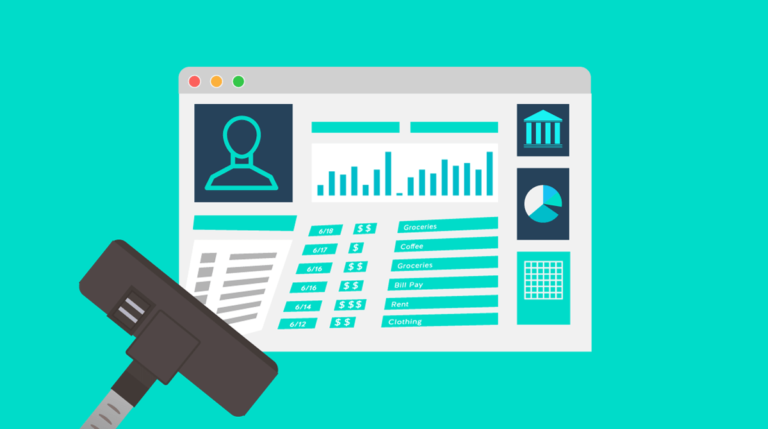 One might ask, Why Southern California? There are many published studies about how to price a house, and, in general, they tend to follow certain regions and cities, due to their importance in setting the nation-wide house price pattern and economic importance. In addition, Southern California has a high percentage of single-family housing units and a high demand ratio that mimics the sentiment index, which makes it an ideal place to train the model on. 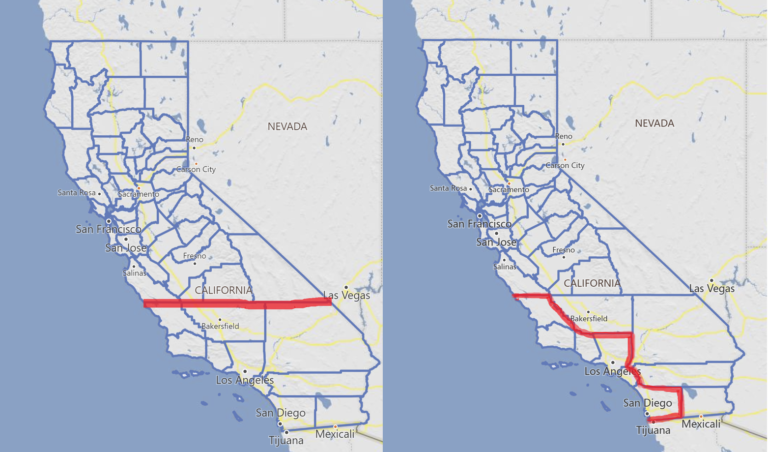 Second, I created a convolutional neural network (CNN) for binary classification and this link explains the CNN in detail. Training the algorithm to check whether it can differentiate a house from other elements, I ran it against the cars dataset that’s created by Stanford University AI Laboratory. The model did amazingly well in identifying whether the item in question was a house or a car. Overall accuracy stood around 95%. To understand its strength, I fed some pictures into the model that’s in neither category, such as the pictures of cruise ship and boat. After changing the binary classification to categorical and a lengthy training process, the model was able to differentiate the third category at a high accuracy. It could be due to rather easy classification. 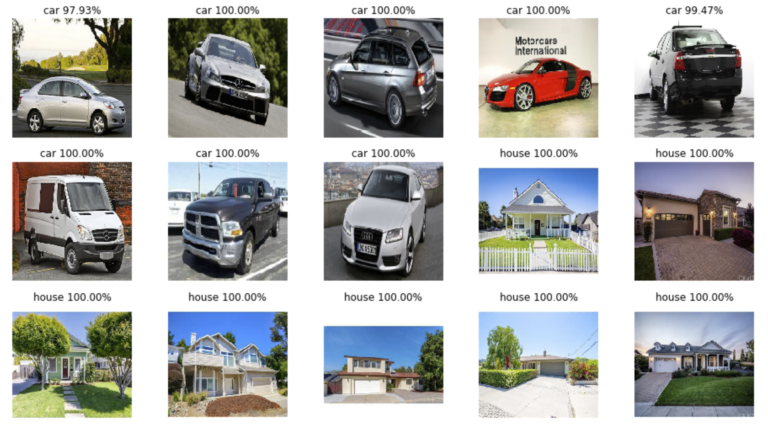 Third, since I already created the baseline model for categorical, I wondered whether I can make it classify the interior images of a house, such as separating the kitchen, living room, bedroom, bathroom, and front yard. I again scraped about 5,000 images for all 5 categories from the same site and organized it. The CNN algorithm wonderfully provided an overall accuracy of about 75%. I assume that this classification model can be improved by adding more images and by better tuning the CNN. 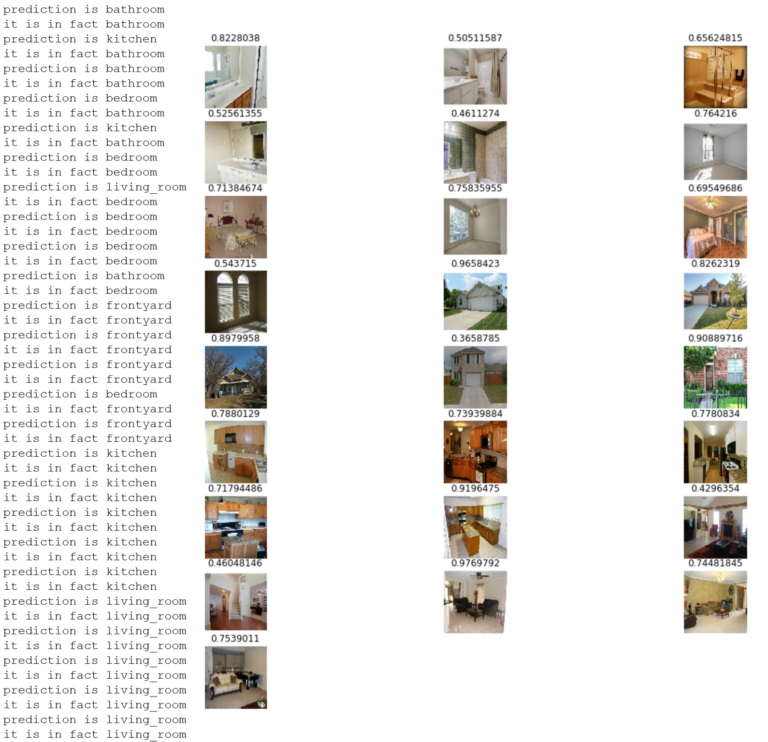 Fourth, since I am slowly moving into the pricing process, I wanted to check whether it can differentiate a cheap house from an expensive one. Therefore, I created three groups: low, medium, and high. To achieve that classification, I used the studies that have been published on the subject. Zillow has an explanation of grouping and a few scholarly published papers also provide details. After observing my price distribution and common patterns, I decided to classify up to $500K as a low, more than $850K as a high, and in between as a medium. Training the algorithm took a while. I obtained an accuracy of about 54%. That indicates that while the model is able to differentiate, it needs more data along with better tuning. In addition, before experimenting with the continuous variable, I checked whether passing numerical data to CNN along with corresponding images can improve the accuracy. I added the scraped numerical data and images along with corresponding groups and observed that the accuracy jumped to 79%. 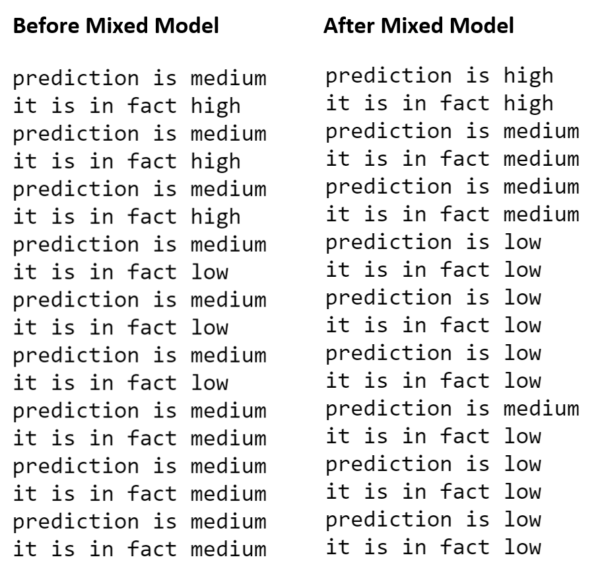 Fifth, after having enough confidence with classes and numerical data, the time has come to apply it to continuous price variable to predict the house price from mixed data, as explained by Professor Kazim Sekeroglu. A mixed model simply means creating a separate neural network for each data type as input branches and putting them together to form the final combined neural network. After removing all the restrictions, I applied this model with hyper-parameters that I found to work better. My initial results show that, on average, my predictions are off by about 7%, in absolute terms, from the actual price. For a house that has a clear wide angle exterior frontal image, the model is able to predict the price within 2% range. 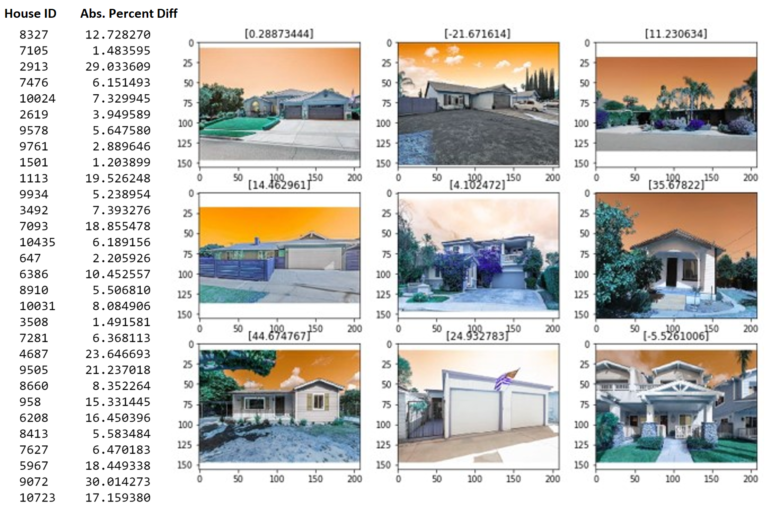 Without given any information, holding the location and time constant, I am able to roughly guess the price of a single-family house. What I wanted to do is train the CNN algorithm to classify variables in the same way humans do. Humans can do binary and categorical classification rather easily, an ability I programmed into my model. But while humans can classify, when it comes to predicting the price, we tend to fall behind the machines. Many numerical and non-numerical data, in addition to psychology of the buyer and seller, can impact the price negotiation. Therefore, being able to teach the machine to get ahead of the competitive curve is undeniably a major advantage for those who want to accurately predict a price. In addition, having a simple, yet handy, tool in estimating the price saves both time and money, a goal for every business. This method is currently in use by a handful of companies and researchers. What I present here is the direction of price estimation. There is still a lot of room for improvement.

Next, I will try to detect and quantify objects in an image. In addition, I aim to significantly improve my house price estimation model by collecting more interior and exterior house images, along with numerical and textual data.