I struggled at first to perform sentiment analysis but ultimately discovered TextBlob application. TextBlob is a Python library that provides an API for various language processing tasks. The results can be found below. 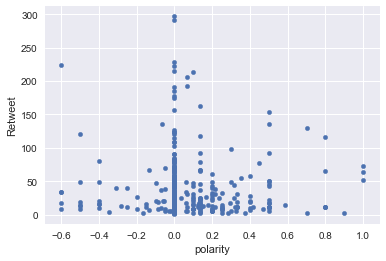 After performing the above data analysis, I examined various relationships between Twitter feature actions (Like, Reply, Retweet). In other words, I investigated how the Twitter-sphere reacted to tweets about quantum computing. I found there was a strong relationship between whether tweets were retweeted and liked: 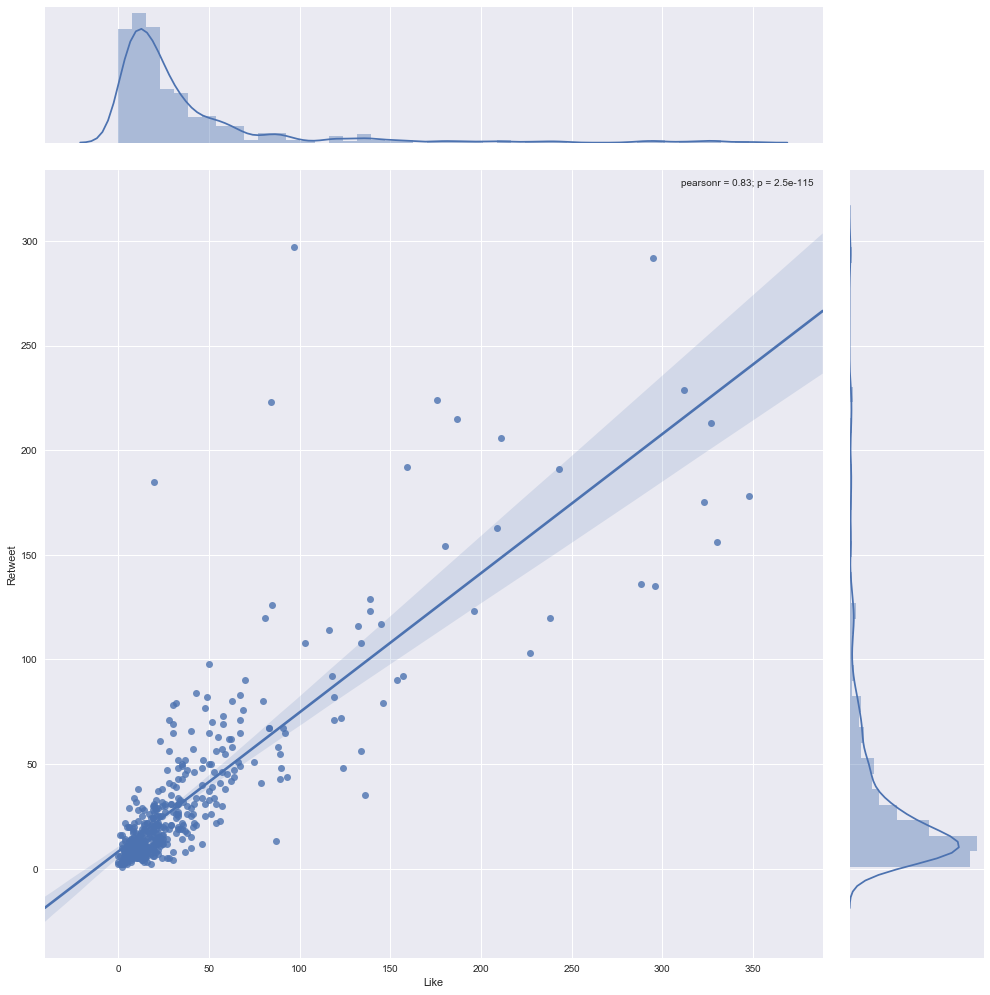 A closer look into the "Likes" Density Plot: 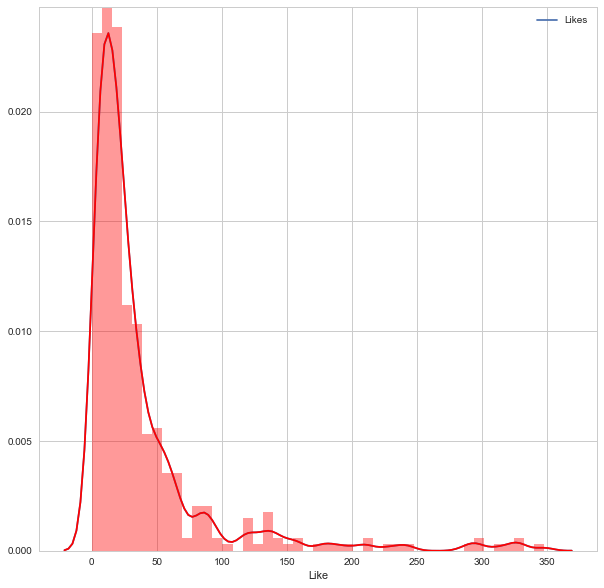 The relationships between these three features for QC-related tweets can be visualized below. 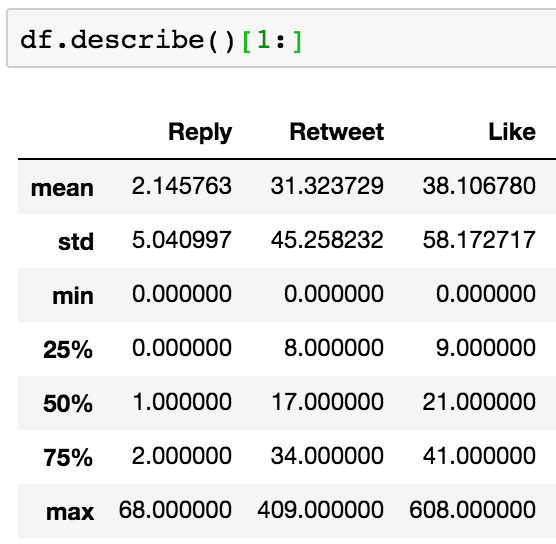 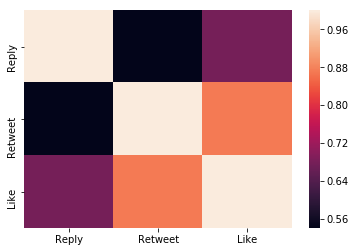