We've all been through the worse of NYC's noise pollution. Cars honking, loud construction work, next door neighbors blasting music, you name it. In this data case study, we will examine NYC Open Data's dataset on 311 Service Requests (link here) to better understand Big Apple's noise situation, and perhaps to inform the next wave of misophonic NYC dwellers on where they should live so that they can get a good night sleep.

NYC Open Data was initially made available to the public in 2015. As part of the Open Data For All initiative, NYC Open Data aims not only to benefit New Yorkers as it makes once privately held data available to the public to view, it also creates opportunities for people who work with data, such as data scientists, to make creative uses of the data to help New Yorkers and the government make more informed decisions.

What Are 311 Service Requests?

NYC311 provides 24/7 support to New Yorkers by providing a one-stop shop for a multitude of general needs. Within the proximity of the New York Metropolitan Area, callers can dial 311 to request for a variety of governmental services, such as filing a noise complaint, or to request for directions.

The data set used in this analysis contains 311 Service Requests from 2010 to present time, which totals to over 15M observations and about 10GB in file size. Each observation contains 53 variables describing the service request, such as complaint type, date received, incident address, and resolution description. To reduce computational overhead, only eight columns were used in this analysis. 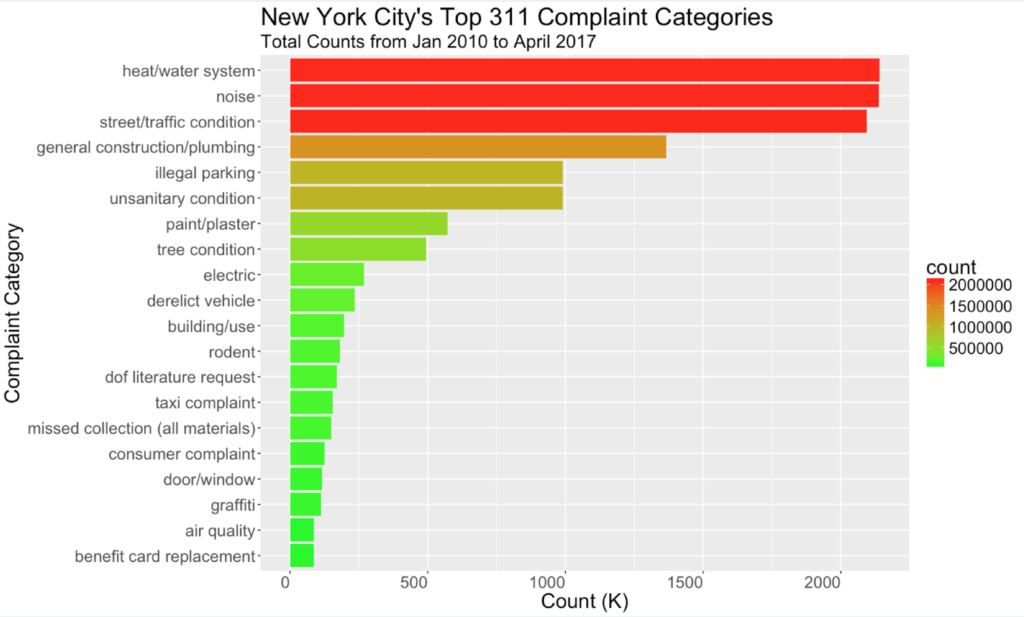 Quiet Time Begins at 6AM of the Day 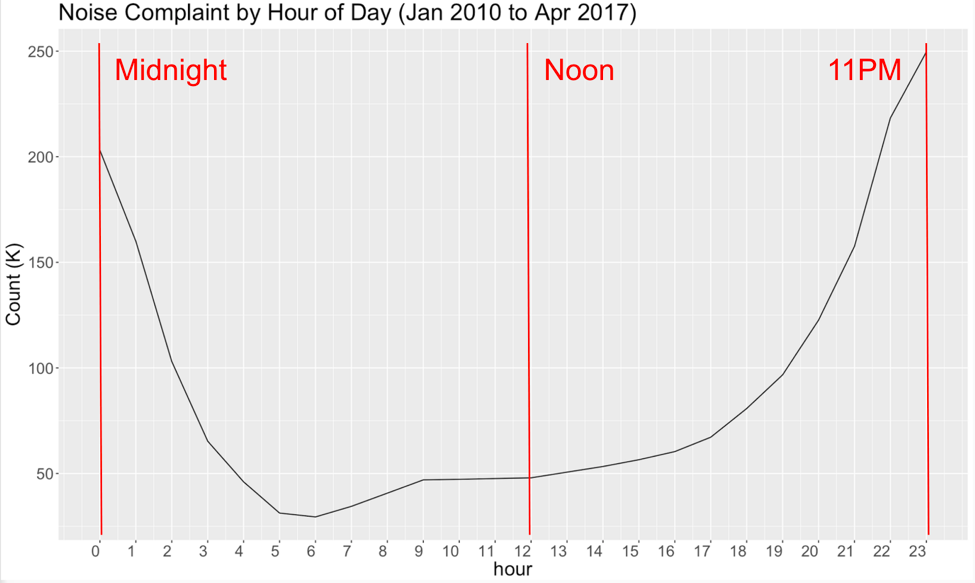 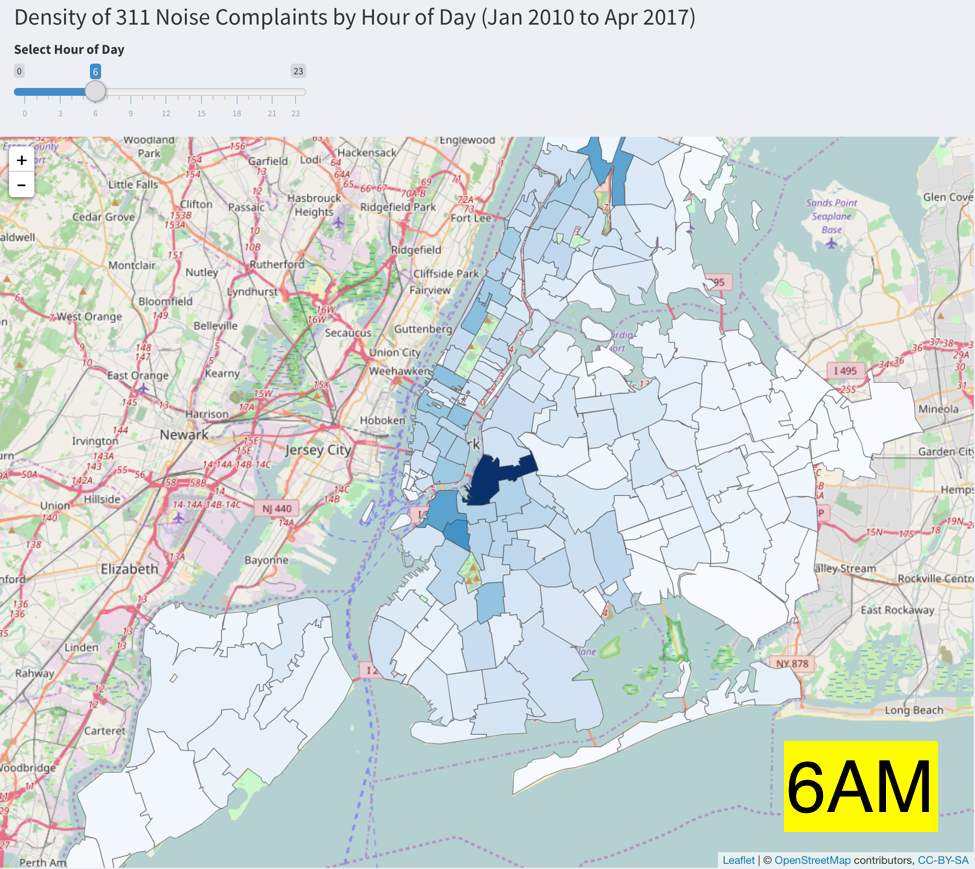 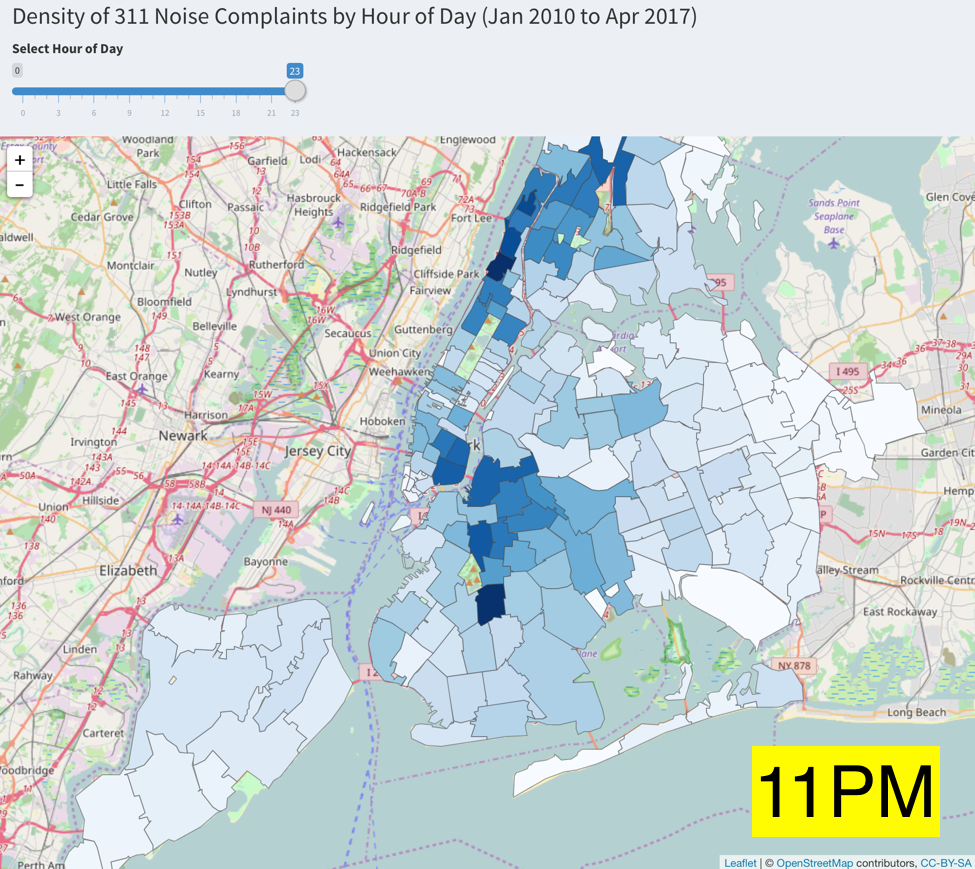 What Could be Driving All These Noise Complaints?

In the illustration below, we break down each of the top 10 complaint types by their complaint counts annually. At first sight, one can see that illegal parking complaints (i.e. purple line with stars) appear to trend similarly with that of noise complaints (i.e. light blue with pentagons). Both of these complaint types increase at about the same rate from 2010 to 2016. Note that all complaint types' counts 'dropped' in 2017 because we only have data for the first 4 months of the year at the time this analysis was done. 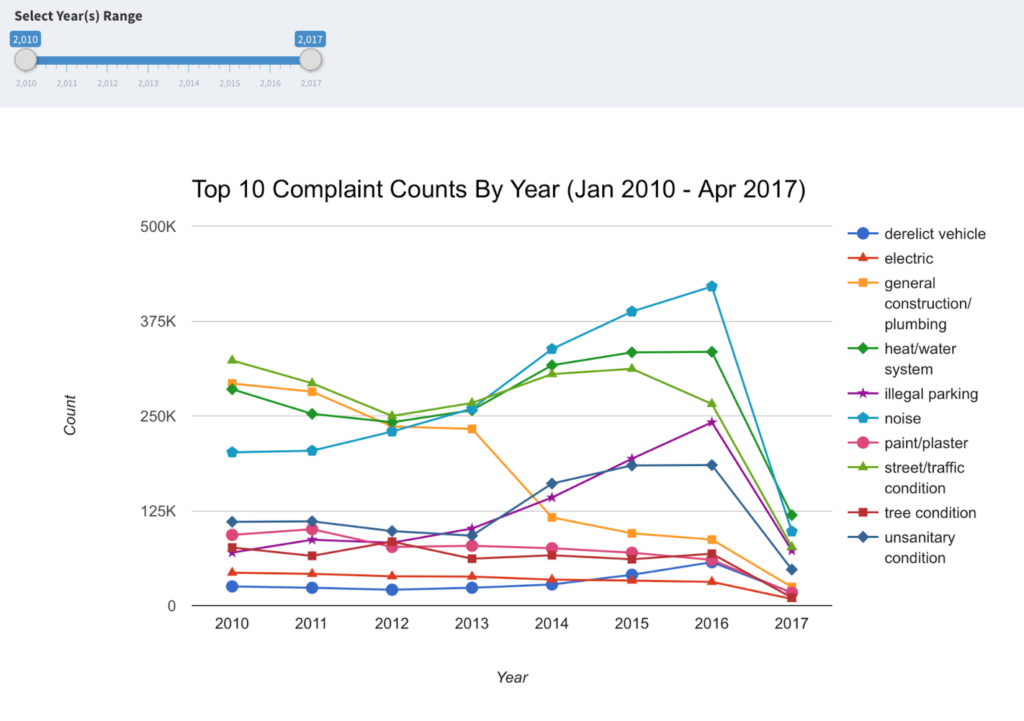 To look deeper into the relationship between noise and illegal parking complaints, we put them onto a scatterplot. As we have seen in the previous illustration, both of these complaints appear to be increasing at the same rate year-to-year. Note that 2017 has been excluded as we do not want to compare partial year results. 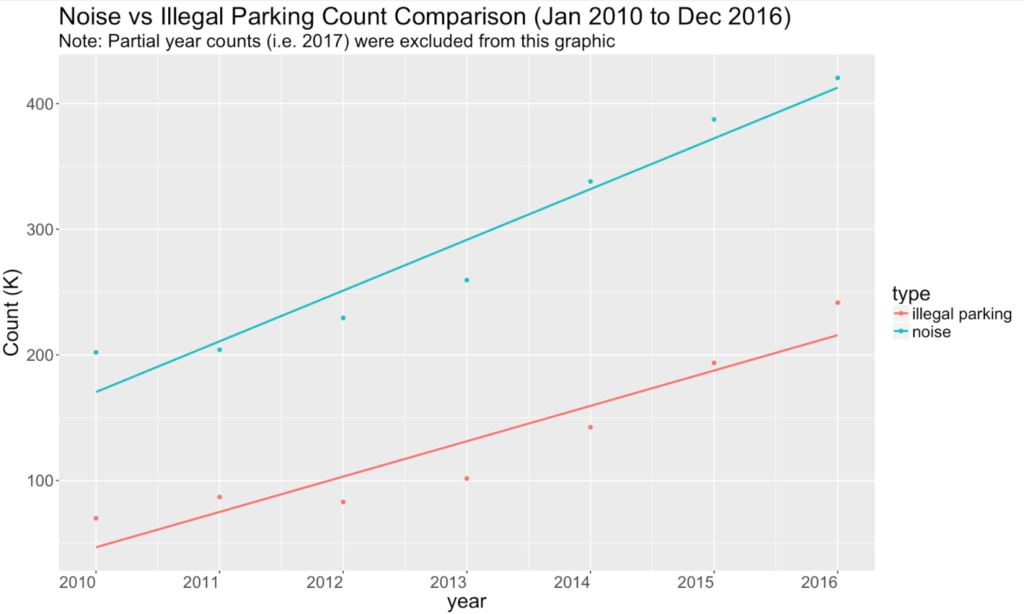 Guide to Choosing a Neighborhood to Live for Misophones

Here is a quick guide on choosing a neighborhood to live in if you absolutely cannot deal with noisy neighbors. 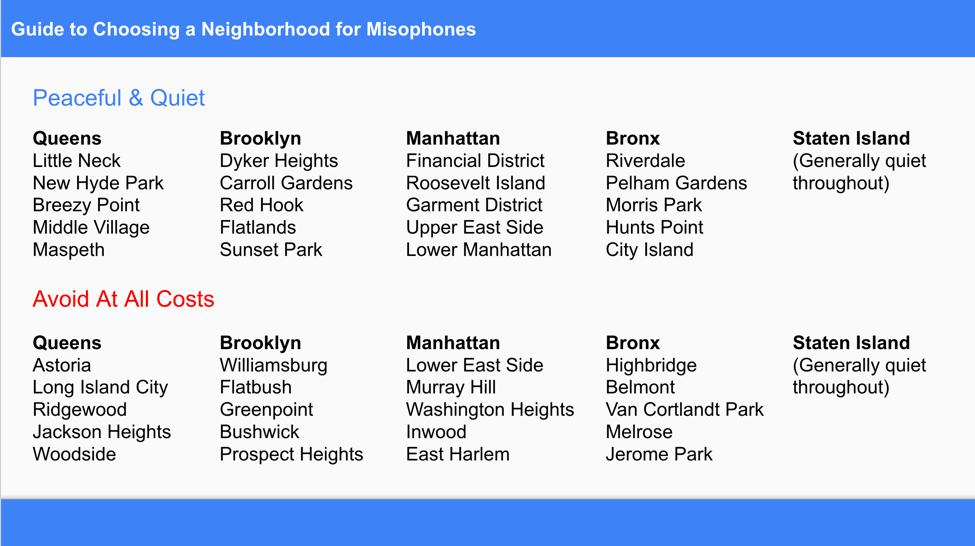 Given a two-week timeframe for completion of this project, the scope of the analysis was limited. If given more time, it would be interesting to conduct the following research: