Data Analysis on the Effects of the USA-China Trade War 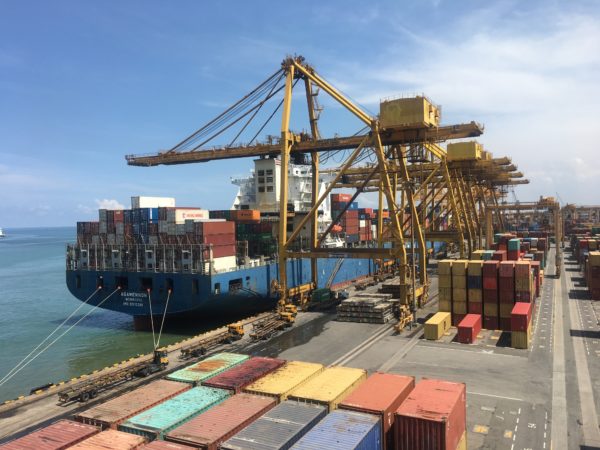 “When a country (USA) is losing many billions of dollars on trade with virtually every country it does business with, trade wars are good, and easy to win. Example, when we are down $100 billion with a certain country and they get cute, don’t trade anymore-we win big. It’s easy!”

About a year and a half has passed since the Trump Administration first enacted tariffs and since that time, the U.S. trade policy has been an important issue not just for the United States but for the entire global economy. According to the Wall Street Journal, “Global economic growth has ebbed this year to its slowest pace since the 2009 recession, the IMF said. The main culprit for the malaise has been the trade war between the U.S. and China, which the fund estimates to have left a Switzerland-size hole in the global economy.”

The two countries were locked in this trade war with neither side offering to budge until  Friday, October 11th, when the U.S. and China reached what seemed to be the first phase of a trade deal. The U.S. agreed to forgo a scheduled increase in tariffs, while China agreed to purchase $40 to $50 billion worth of American. agricultural goods. However, the timeline for the agricultural purchases was not clearly outlined. So was this announcement really a first step towards a more comprehensive trade agreement? Or have we seen this movie before?

These questions entail several others including the following: How have the trade policies of both the U.S. and China and other countries changed U.S. trade since 2017? Who have been the biggest winners and losers? What product categories have been the most affected? Finally, how substantial of an impact would China’s agreement to purchase agricultural products be and what is the future outlook if the current tariffs remain in effect? To attempt to answer these questions, I built an R Shiny application and investigated the monthly trade statistics from the U.S. Census Bureau, dating back to the beginning of 2017, when Donald Trump first took office.

Data on imports and exports changed since 2017

Through the month of August:

Top 5 Countries with the largest net negative change in trade balance through the month of August: 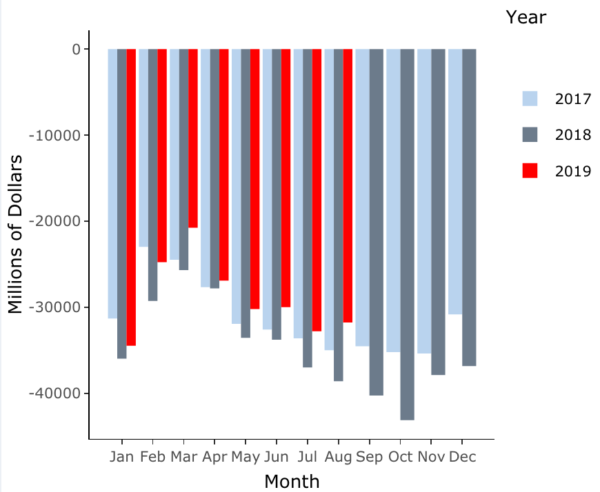 Top 5 Countries with the largest net positive change in trade balance through the month of August: 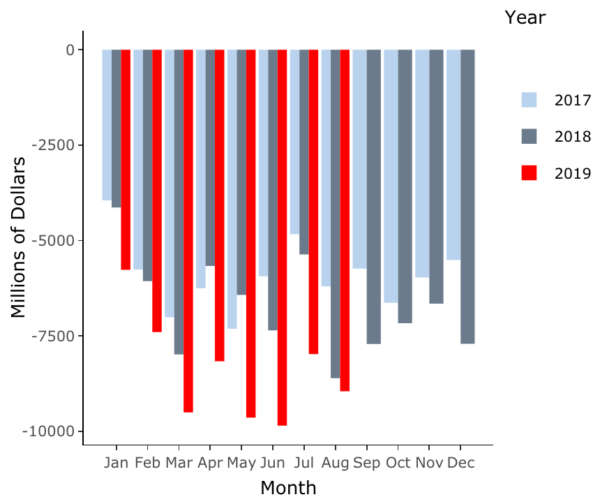 In every month in 2019 the trade deficit is larger than in 2017 or 2018.  As shown in the data and graph above, our trade deficit with Mexico has increased; Consequently, Mexico has been one of the "winners" of new trade policies.

What product categories have been most affected?

Through the month of August, top 5 categories with the largest change in imports (Decrease)

Through the month of August, top 5 categories with the largest change in exports (Increase)

So what is the outlook if even the current tariffs remain in effect?

In 2019 we have only begun to feel the effects of the tariffs as shown above in graph #1. Between the first 8 months of 2018 and 2019, imports from China have decreased about $43.3 billion, while exports to China have also decreased about $13.3 billion. Therefore, China's increasing agricultural purchases alone will likely not be enough to offset the effects of the tariffs that are still in place if no further agreement is made. The situation could even worsen if the scheduled December tariffs are enacted. Certainly, this trade war does not appear to have been "good", or "easy to win," and since there is still no end in sight, we may only have seen the initial effects thus far.