Objectives of this analysis

(a) which team metrics are most indicative that the team will to make it to the post-season, and;

(b) if the regular season team metrics translate to post-season success.

The project is assessed via 5 different aspects of the game:

1) Shot Volume - i.e. how often teams are shooting the puck

2) Shot Accuracy - i.e. how often teams are attempting to put the puck on net and how accurate they are

4) Goalie Save % - i.e. the goalie save percentage

Now to dig in a little deeper, the 5 aspects of the game are measured by 10 attributes pertaining to the game:

For the regular season, we have two graphs.

On the left, is a season by season comparison of the teams according to each measured metric, classified according to whether they made the playoffs or not. The dotted line represents the historical average for seasons 2010-2019.

On the right is a pairwise stat comparison of all the teams from 2010-2019, which are also classified according to whether they made the playoffs.

*Note that in 2012-13, the NHL season was shortened (only 48 games were played, instead of the regular 82 games), hence the metrics with absolute figures (i.e. CF, CA, FF, Hits, Blocks) will vary from other years.

Not surprisingly, a high goalie save percentage was the most clear indicator of whether a team would make the playoffs - the better the goalie performs, the less goals the opponent scores, and therefore the higher the chances of winning. 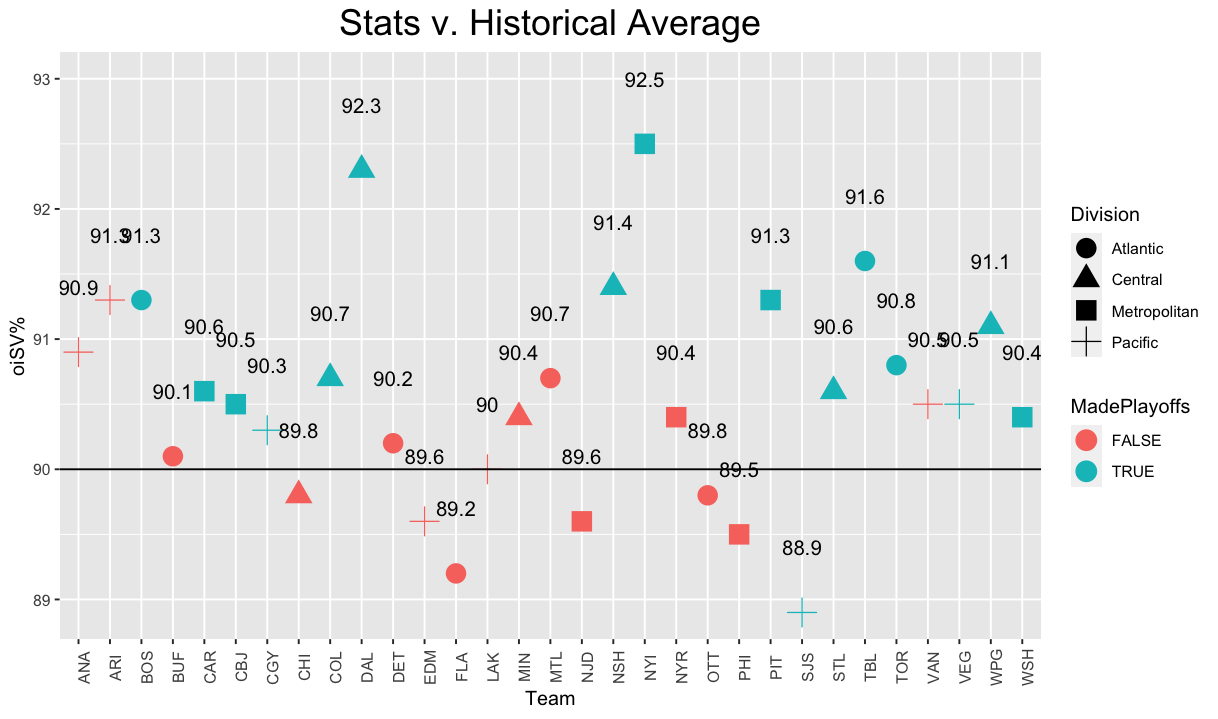 However, it was found that there were no other clear indicators on the measured attributes that separated the teams that did make the playoffs or didn't make the playoffs. Generally, playoff teams had a higher goal conversion (oiSH%), but it was not always true for every season. Physicality and possession were not important factors in the regular season.

Graph: Goal conversion among different teams and whether they made the playoffs 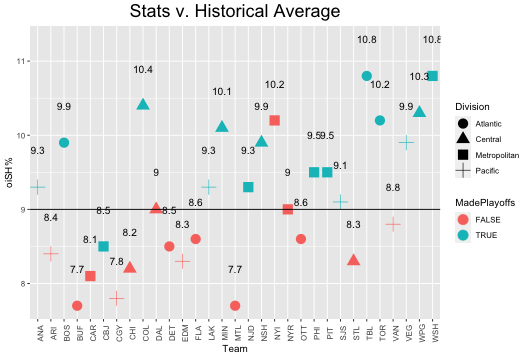 Graph: Possession (FO%) did not have a clear relationship to generating more offense. 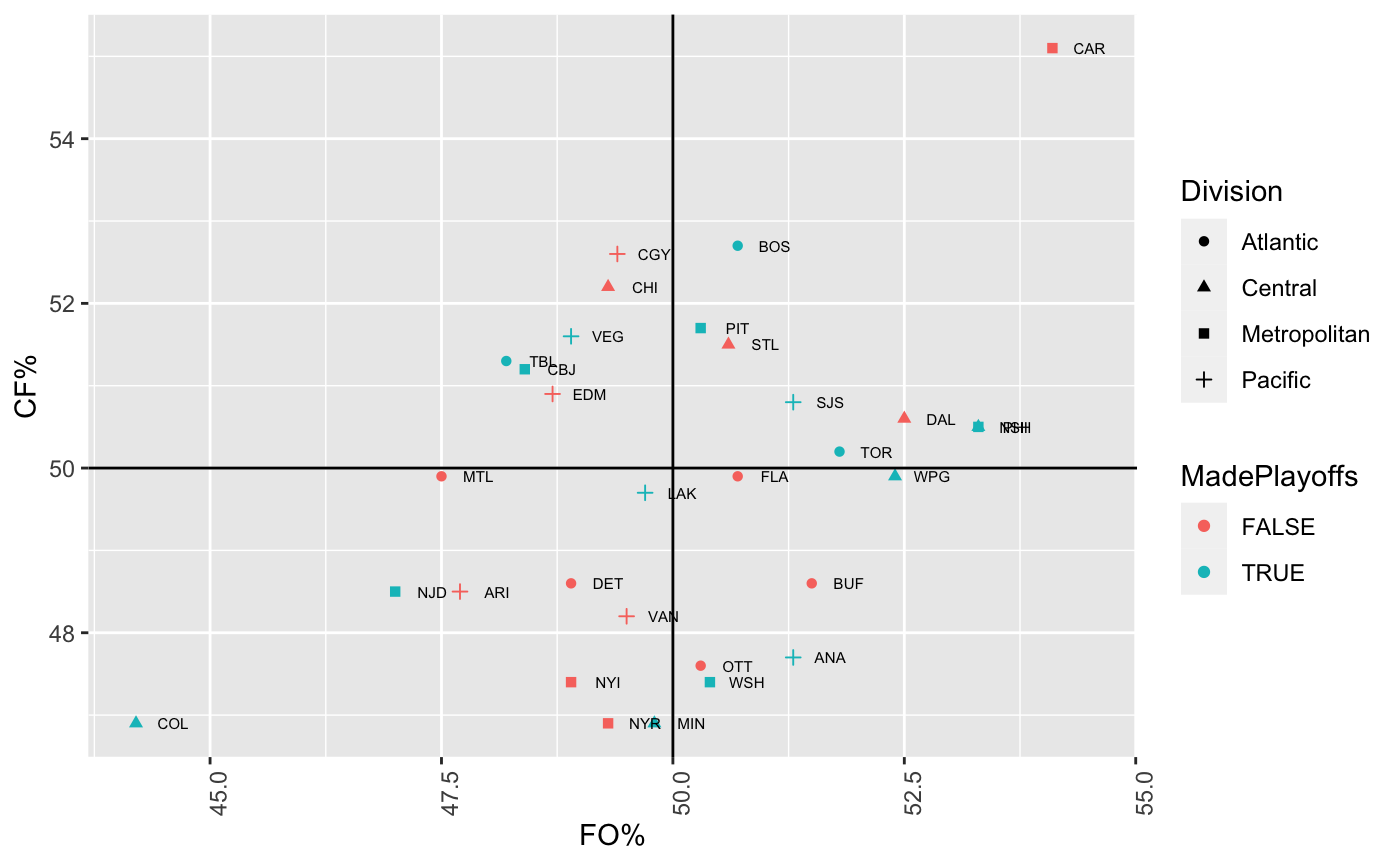 How about the playoffs?

In this tab, the data is related only to teams that made the playoffs.

On the left, we have the season by season playoff teams by each measured metric. It is color classified according to the final results of the playoffs. Again, the dotted line represents the historical average in the playoffs for seasons 2010-2019.

On the right, we have the pairwise stat comparison of all the playoff teams from 2010-2019, split into different facets according to the team's final results (Champion and Runner-up being the two teams that made it to the final, while the rest were eliminated).

One additional metric for the playoff teams is the average age of the players.

Once again, it was difficult to differentiate the teams based on the currently measured metrics. There was no one factor that could clearly separate the champion from the rest of the playoff teams.

View all posts by Alexander Tin >