Can We Make NYC Safer for Cyclists?

BACKGROUND. A resilient and sustainable New York has become a tangible goal of the OneNYC initiative, originally released in 2007 to address the city's long-term challenges including its aging infrastructure. Every year, an average of 4400 bicycle accidents are reported to the NYC Police Department. Despite a significant decrease of accidents involving pedestrians, the rate of cyclist accidents remains unchanged. To help ensure a safe environment for everyone who is out and about on NYC's busy streets, I answered OneNYC's call to speak up and analyzed the motor vehicle collision dataset that is accessible on the NYC Open Data platform. The complete analysis can be found here. For the underlying code, please refer to my Github.

What are the major causes of cyclist accidents and what can we do to prevent further accidents from happening? Let's find out...

1. What time of the year and day do cyclist accidents happen the most?

In order to identify the main causes of bicycle collisions, it is important to understand whether seasonal or daily trends occur.  After sorting the number of accidents by season, I looked at the relative increase in accidents between 2013 and 2017. 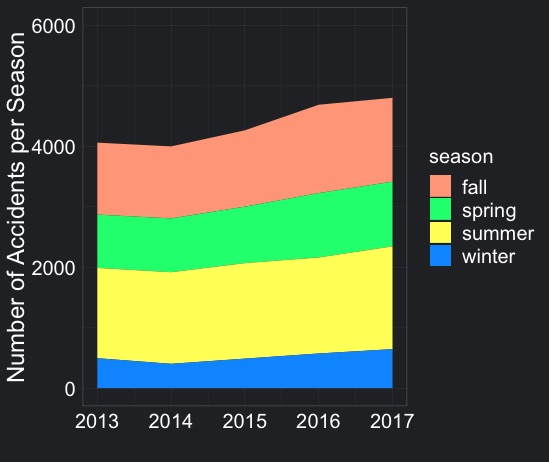 Is it possible, that the lack of proper bike lights causes elevated accident rates during the darker winter months? To answer this question, I displayed the cumulative number of accidents, grouped by season, over 24h to look whether accidents happen more often during darker hours of the day. The first peak appeared during the morning rush hour between 8-10am and increased until the after-work rush hour between 6-8pm. This pattern is consistent across all 4 seasons and does not suggest a dependency on the daylight. 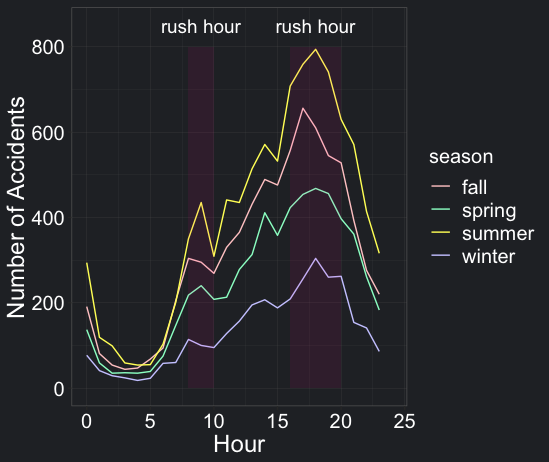 Together, the results suggest an increasing trend of bicycle accidents throughout the year but mostly during the winter months and in particular during the rush hours after-work.

2. What type of vehicles are mostly involved in cyclist accidents and what are the main causes?

The dataset allowed me to search for the vehicle type and cause that was recorded most frequently between 2012 and 2018. Since the driving patterns and incentives for being on the street can differ between a taxi driver, a delivery car, or just a passenger vehicle, I identified the main causes for each vehicle type, shown in the form of a Sankey diagram. Following the links between the nodes of the diagram, it becomes clear that passenger vehicles are responsible for the majority of accidents (13%) due to inattention and distraction. The second most frequent cause is the failure to yield the right-of-way. While other vehicle types such as taxis are less frequently involved, the two major causes remain the same across the categories: distraction and failure to yield right-of-way. 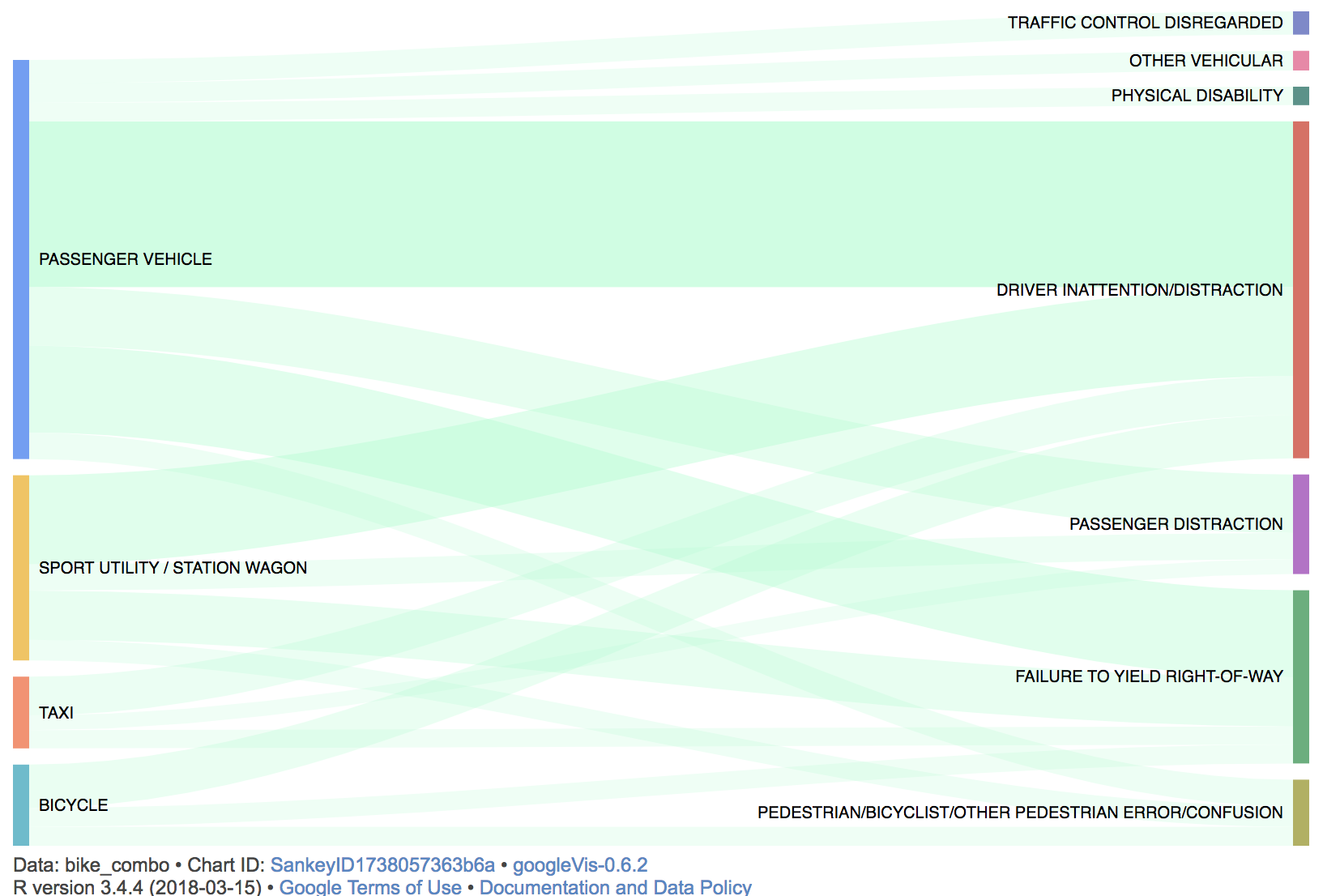 Increasing the attention and the focus of drivers requires, unfortunately, more than just a cup of coffee. Ideally, bike lanes help bikers to move along safer by allocating side lanes and reminding motor vehicle drivers to watch out. So maybe NYC just needs more of them? 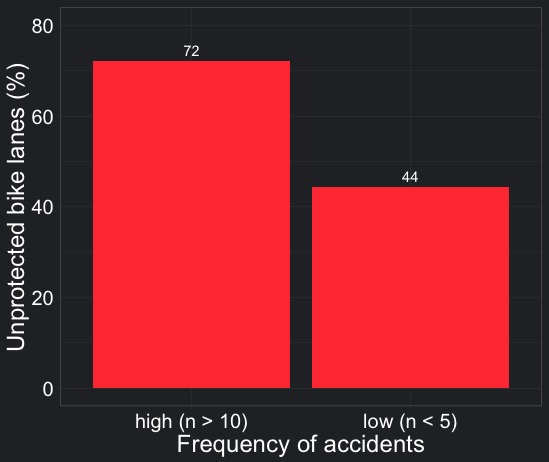 Does that mean that bike lanes are more dangerous for bikers? It depends. It is worth mentioning that the locations analyzed in this case study had painted bike lanes without providing any physical barrier between cyclists and motor vehicles. It is possible that painted bike lanes lead to a false sense of safety for the cyclist, while the lack of further protection in form of poles etc. does not prevent the worst from happening.

CONCLUSION. Further research needs to be done to identify major contributing factors that cause the persistently high rate of bicycle accidents in NYC. Unsupervised machine learning provides the tools to cluster intersections based on multiple factors including the presence of bike lanes, which potentially will allow finding innovative solutions to make NYC's streets safer for not only cyclists but everyone. Stay tuned...

I’m a Ph.D. in Immunology with hands-on experience in applying Machine Learning tools in Python and R. At Columbia University Medical Center, I led research projects on the identification of patient subsets to find new treatment options by...
View all posts by Melanie Uhde >