Economic indicators are in widespread use by government and business entities, and are closely tracked. Accordingly, the quality of information in a given metric and the loss of granularity are important to consider. The purpose of this project was to compare employment-related data in the Census business surveys against unemployment data from the Bureau of Labor and Statistics. 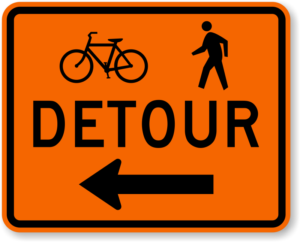 That’s the way the project started. However, due to unforeseen events, it got bogged down in munging epic amounts of data and navigating the nuances of the plotly package. While the opportunity for EDA was limited, the end product was a useful proof of concept for a quick-and-dirty visualization app that can be used in real business scenarios.

The app consists of a choropleth map of US states that when clicked brings up detailed data of economic data about the clicked on state. More than 10 years of data is available. The app can run on a variety of data points depending on the configuration of the widgets in the header. For example, In the below graph you can see that it’s been configured to reflect the year-over-year percent change in total payroll for each state. Starting clockwise from the top-left, the charts are:

The metric reflected in all the charts can be changed by the user, with all the plots being updated automatically. 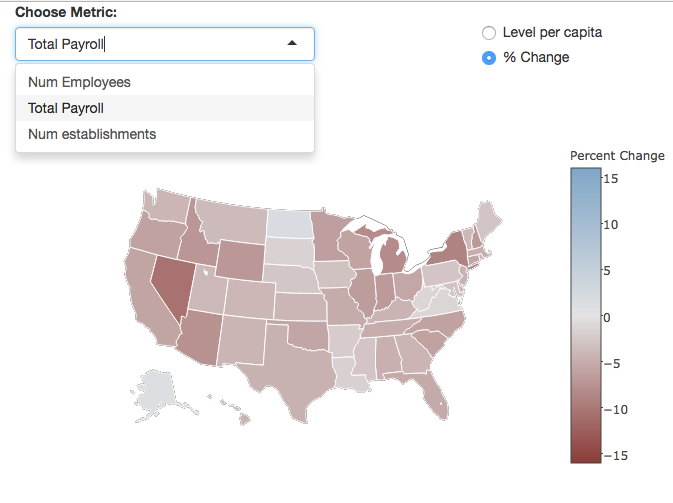 I also used rollover events to display more information. Had I had more time, I would have added a sub-industry breakdown of each bar in the industry chart, allowing for an easy way to quickly drill down three levels of data while still having the top-level view visible. For illustrative purposes I also added annotations to select rollover popups. It would be useful when doing exploratory data analysis to be able pin a note to a given data point for further reference. I also added the ability to filter based on the presence of annotations. 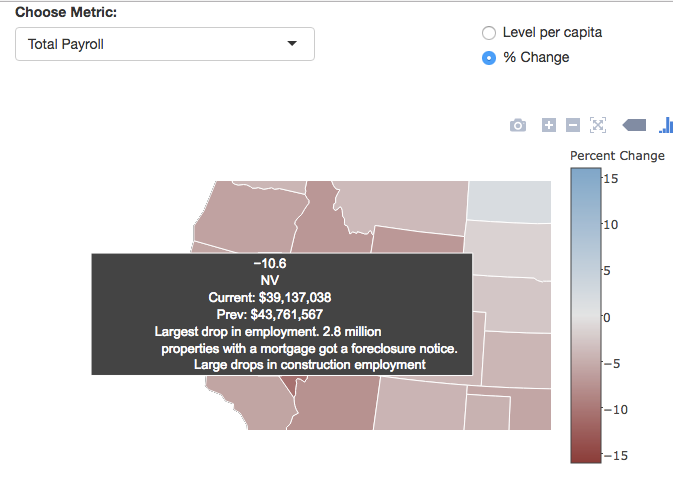 I have seen many business cases where I would have found this sort of app useful. While choropleth maps and master-detail visualizations come standard with most enterprise business intelligence packages, waiting for your IT department to make a data set available can take a lot of time. This sort of Shiny app would fill the gap where urgency trumps resilience and scalability. For example, say you have a new product rolled out and you’ve instructed your sales people to email their region’s orders on a daily basis because the order data won’t be available to your BI system until the end of the week or month. An analyst could quickly throw a Shiny app together to make explorable data available to decision makers online, rather than relying on static reports sent via email. While the business intelligence space is already quite crowded and mature, there still does appear to be a niche for Shiny -- and adjusted for cost, it has an infinite advantage!

Next steps for this project would be to analyze the relationship between unemployment, payrolls and the number of employees. It would be interesting to look for divergences between the economic health implied by one metric versus that implied by another. I would also like to track industry sectors over time to gain more insight into popular narratives such as the decline of manufacturing and the increase in health care spending.