Rats in NYC! A Retrospective

Take a while, let that sink in.

Are rats that big a deal? Can the government even curb the problem if they are?

I looked at governmental rat-reduction initiatives over the last 7 years, analyzed the effect of the three of these  initiatives, and then took a look at what drives rat sightings.

The short of it is that: 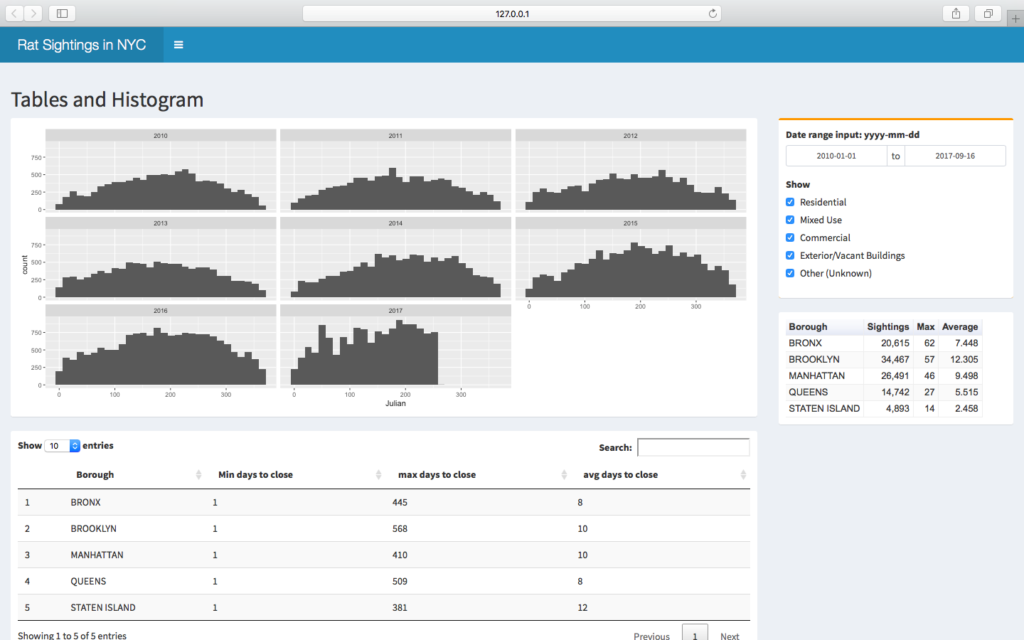 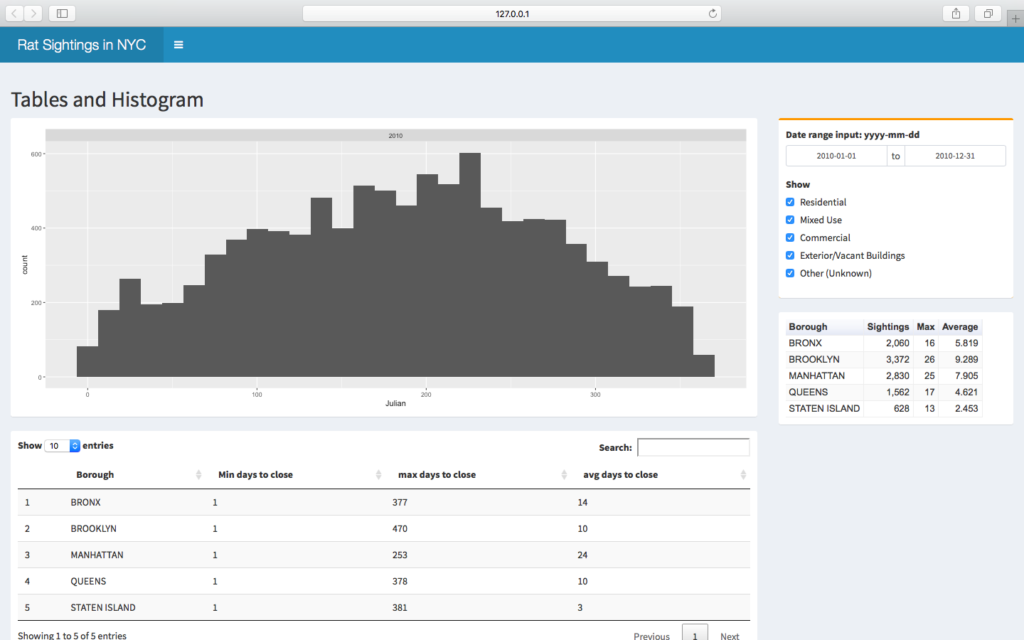 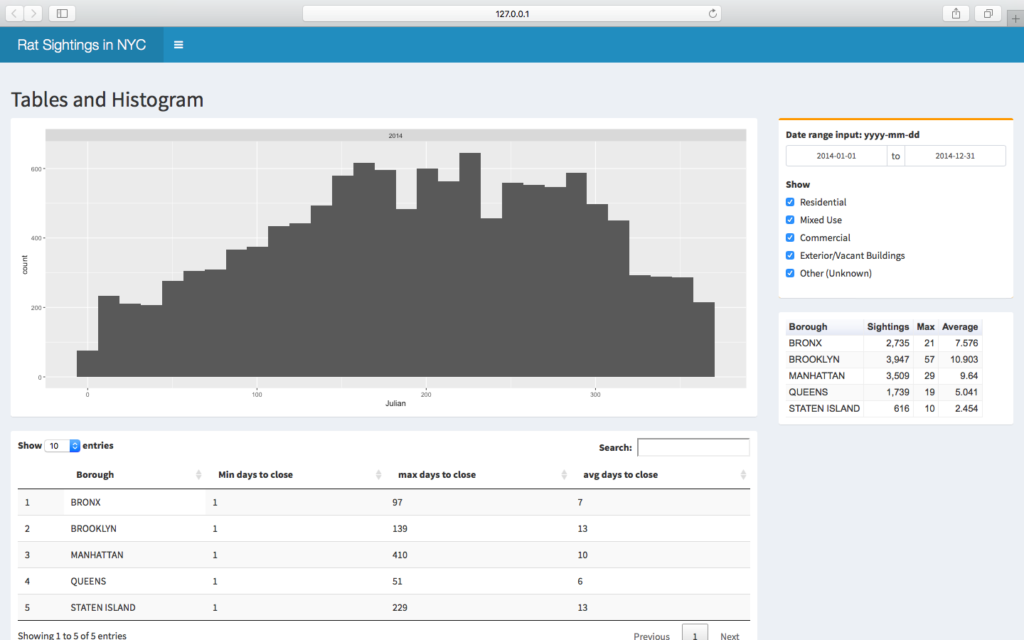 So why don’t I like the average closing time metric?

My problem with this metric is that it doesn’t look like it has any actual impact on the rat sightings (see above) and that if it uses the same data that I worked with, it likely isn’t automatically updated in the system, and thus is prone to input error.  While cleaning up the data, I found approximately 10% of the over 102k sightings were missing a closing date, and that approximately 16.6% had closing dates that preceded their created date.  While I did filter that data out and use median for my average to filter out any input error that would create outliers, i’m still not sure that i’d put much confidence in it. 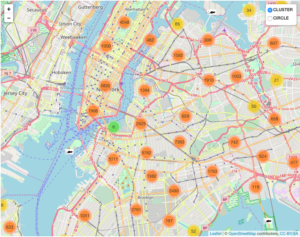 I originally decided on a map format to display all the rat sightings by whatever selected time period so we could see if there’s any major shifts in rats due to relocation or migration- unfortunately we did not see much of a shift in that way- however that does corroborate one of the documents I came across later which suggests that rats rarely travel more than 600 feet from their birthplace.13 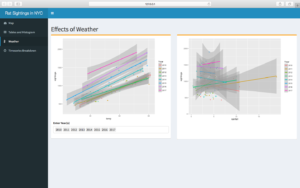 Effects of Weather All Years 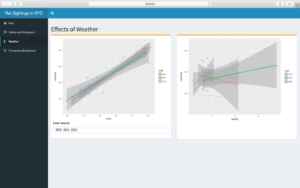 The seasonal portion of rat sightings seems to have a pretty strong correlation with temperature.5

Precipitation?6 not so much.  in 2010 to 2012 we see that the data all falls basically along the same line. The line shifts a little in 2013. In 2014 that line shifts up. The line shifts again in 2015, 2016, and 2017. When we change the data into a time series then decompose it (or rather, break the time series down into its seasonal change, its trend, and the ‘white noise’ remainder) we can see that the trend shifts substantially at the end of 2013/start of 2014

Reported rat sightings as observed, as season, as trend, and as remainder

What changes the trend?

Honestly, I don’t know.  I looked into trash strikes, income shifts (thinking more disposable income could lead to more garbage), but nothing I could find could have led to such a surge in rat population.  However, I’m not measuring rat population- just reported rat sightings. Something may have shifted the way New Yorkers think of rats in late 2013/early 2014.

Whether or not the rat population is actually increasing, the increased reports of rats indicate that New Yorkers perceive this as a growing problem. While prior attempts to curb the rat problem have been largely unsuccessful, there is the chance that this time it might work. But probably not.14

hoodrat October 20, 2017
Dat rat phitty is amazing, rats should be the official NY Mascot or be in the coat of arms, I mean Sprinter is quite an inspiring character he led 4 turtles to become heroes for a generation!