Previously, I wrote about the 3-point shooting trend in NBA in recent years, and showed statistical analysis on the seasonal behavior of the 3-point shooting data. I wanted go get more detailed data, such as game log, and to explore more on the game by game basis. After searching for some time, I could not find a very good resource of properly organized NBA game log data set publicly, so I decided to scrape the data myself.

I chose Scrapy as my main library for scraping because it is simple and straightforward to define the spider, and it uses a Python generator to loop through the crawled data. The scrapy.Request is quite easy to define, and we can pass a self-defined call back function to crawl through multiple pages (which I will describe later). 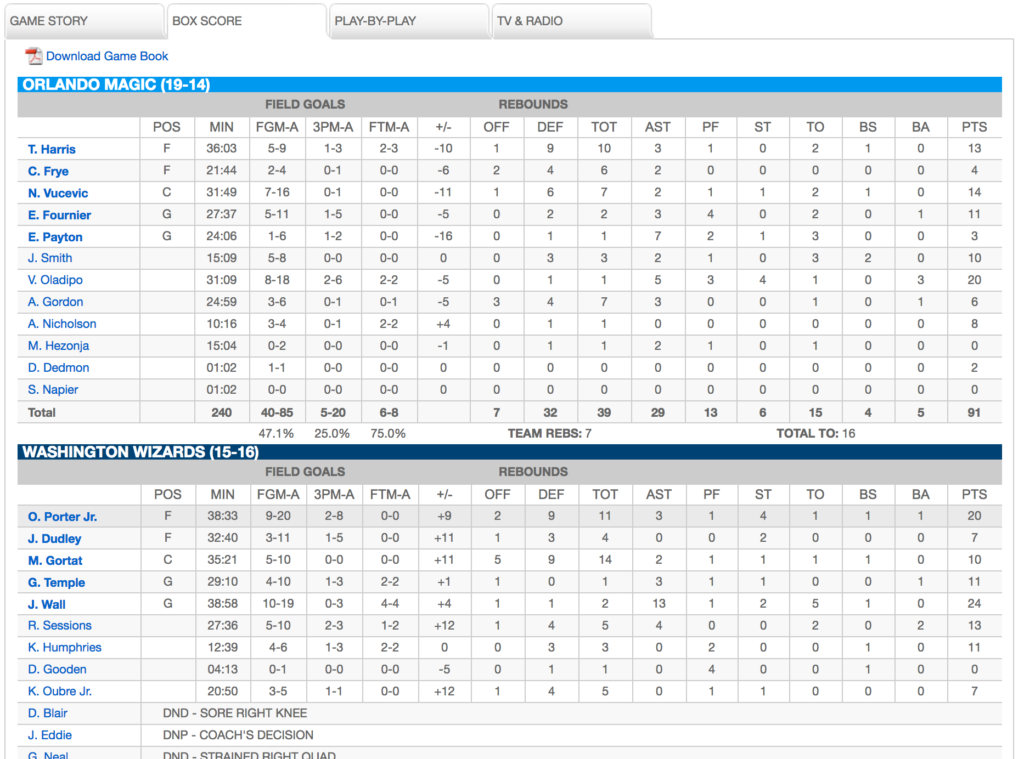 This box score section is the must to go place for all basketball fans. So I decided to scrape this box score for every single game since the 2010 season. In order to do so, I need to go up one level higher to this page: 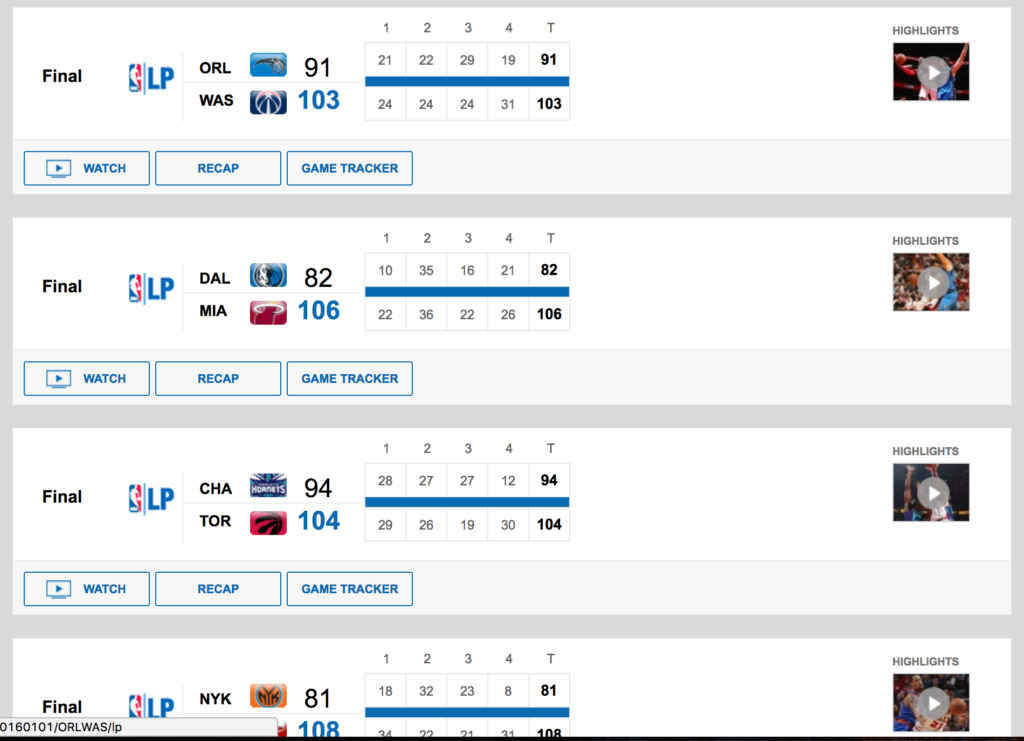 On this page, there is a RECAP button for all the game played on that day. And what we need to do is to loop through all the days during the NBA season, and for each day, crawl the RECAP button, and extract the box score inside the RECAP button. Here is the Python code for what I just described: 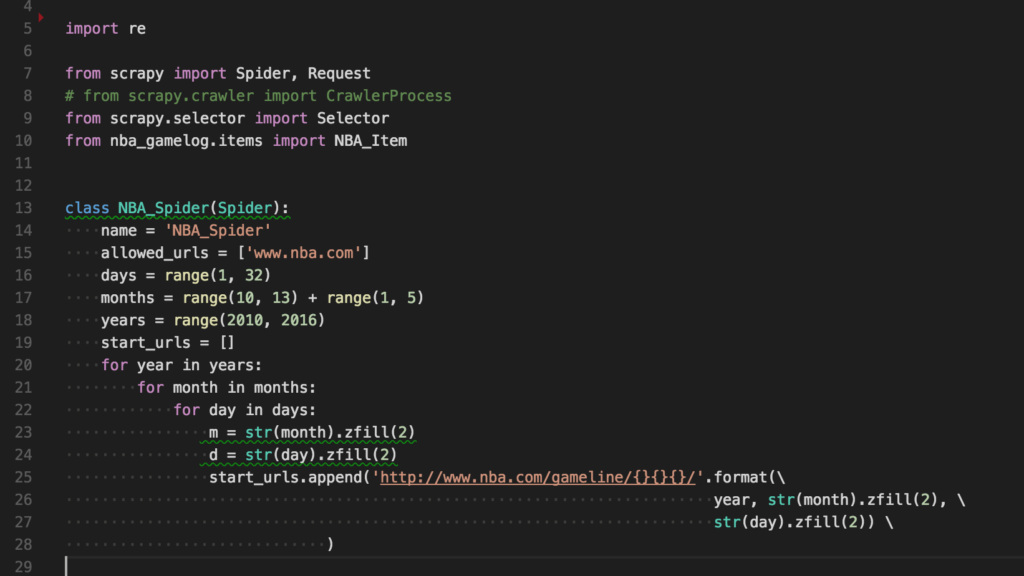 The 3 for loops above is loop through year 2010 to 2016, loop through October to April (NBA season), and loop through all the days in one month. Note that this is the Spider class in Scrapy, where I define how to crawl the website.

Inside the Spider class, Scrapy has a default ```parse``` function, which is usually used to define the data table to be parsed, such as this simple example. In my case, I used the parse function to crawl through the links of the RECAP buttons instead of the box score. 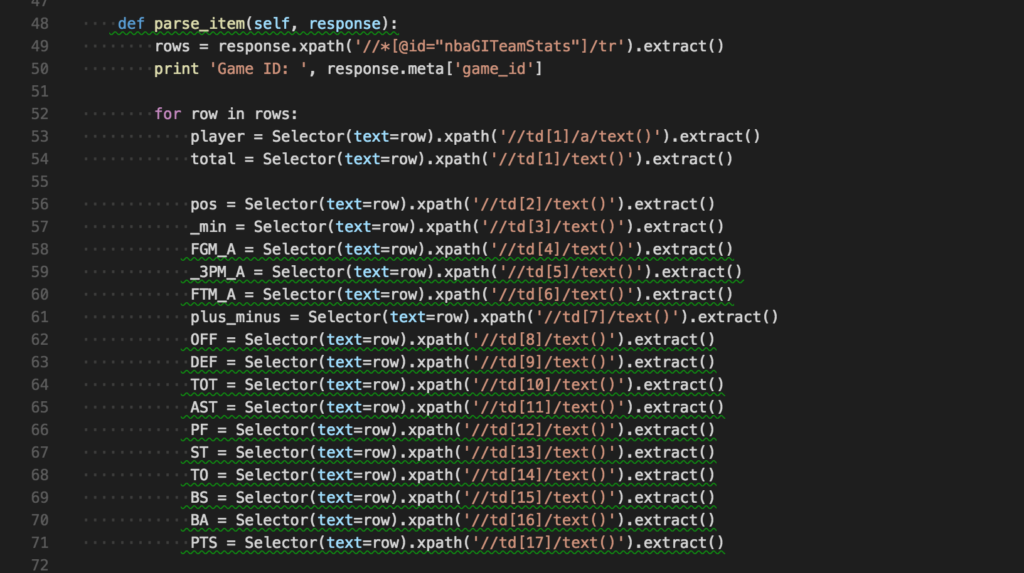 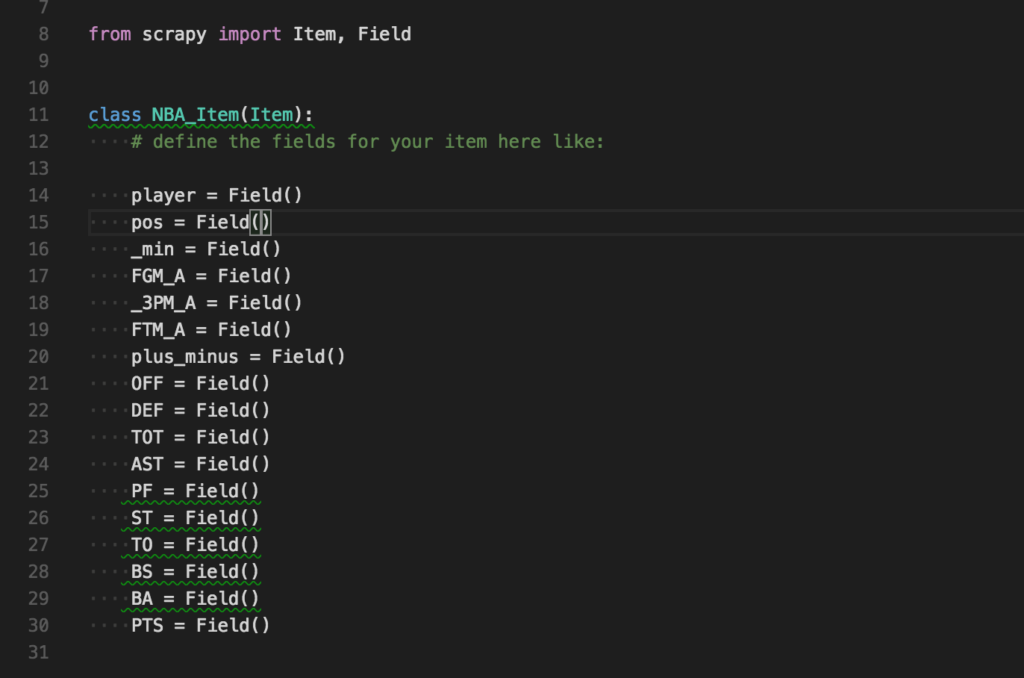 Lastly, I need to define the pipeline, which stores the data scraped into ```NBA_stat.txt```. In this case, I had to use ```utf-8``` encoding because of the string from player's name field: 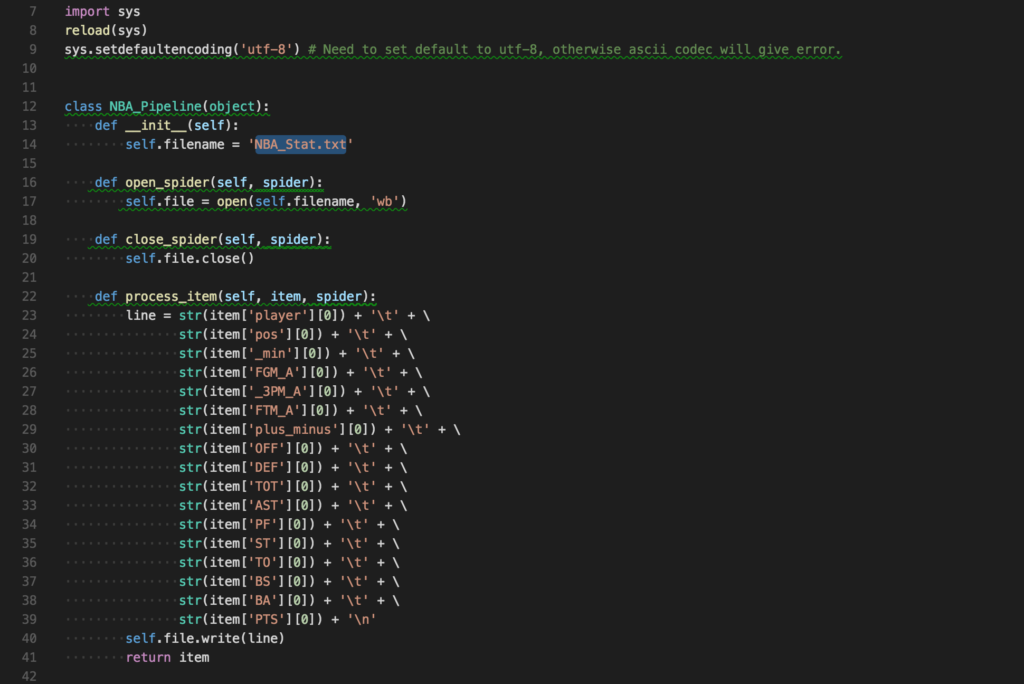 Now that we have the data, we can do some statistical analysis on the game log data. As an extension from my previous post, I want to revisit the goal:

If we take a look at the annual 3-point shooting attempt / made from both team that won and lost the game, we see a general trend going upwards. 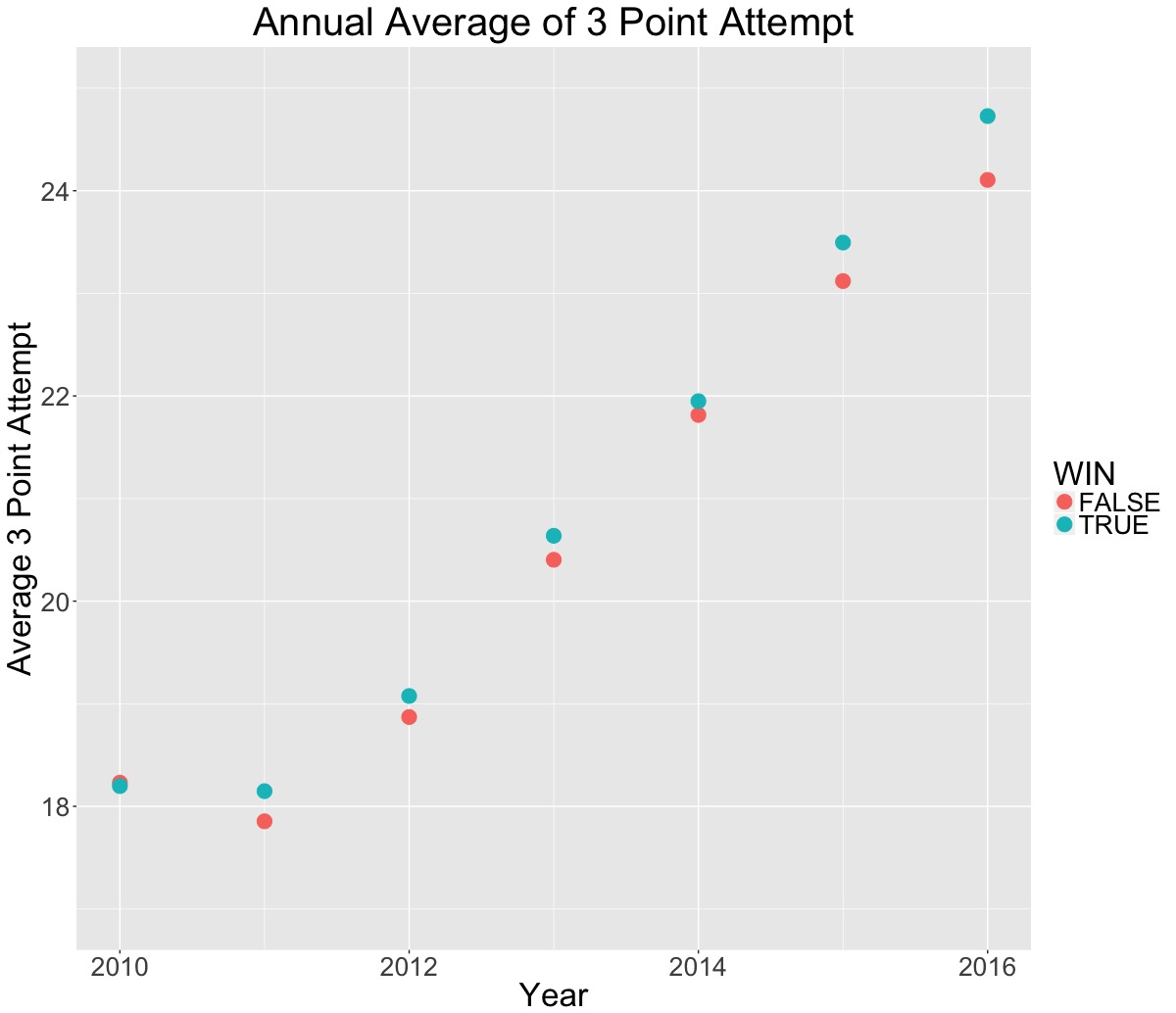 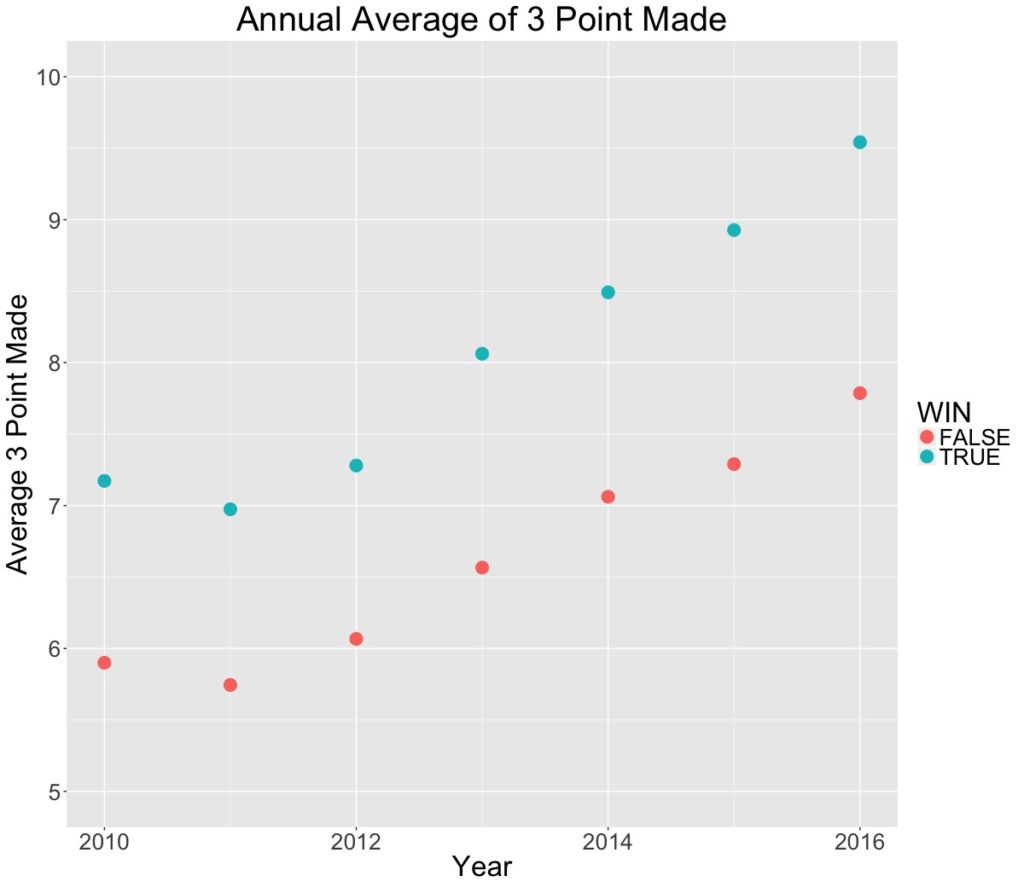 The teams that won the game seem to be shooting more in general than the teams that lost the game. This is expected, but the difference is not big in terms of 3-point attempt. Let's take a look at the histogram to confirm: 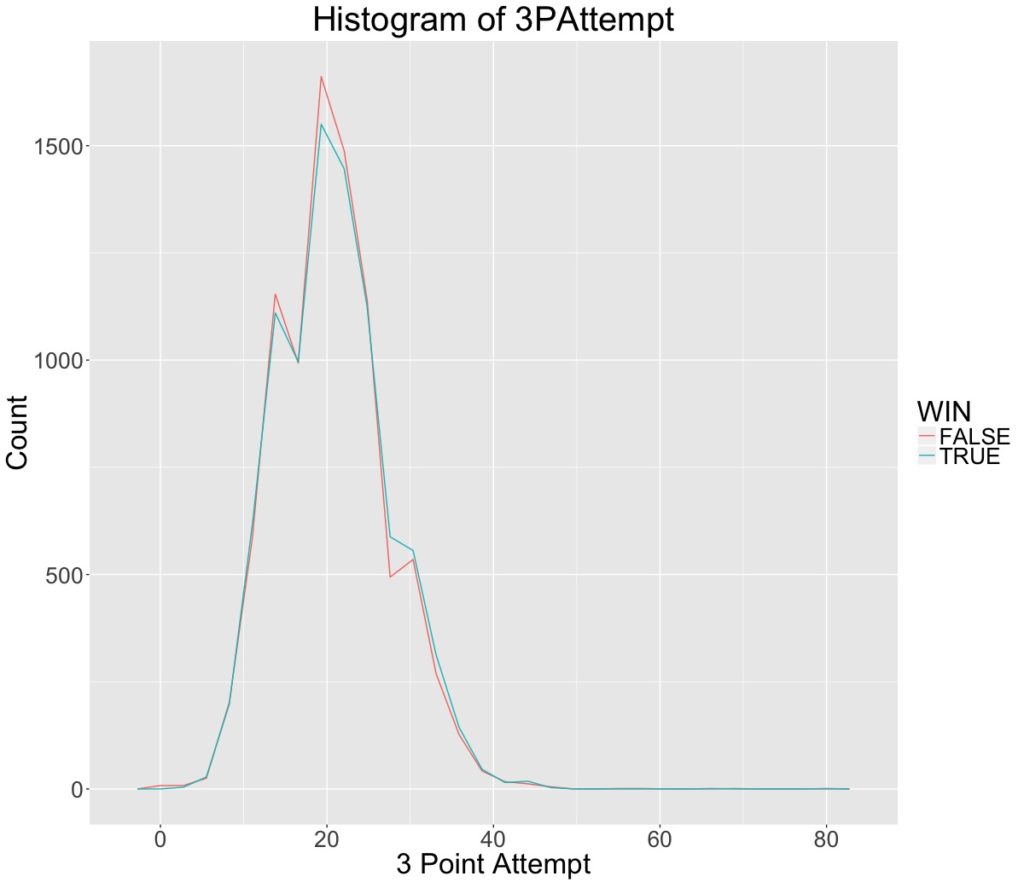 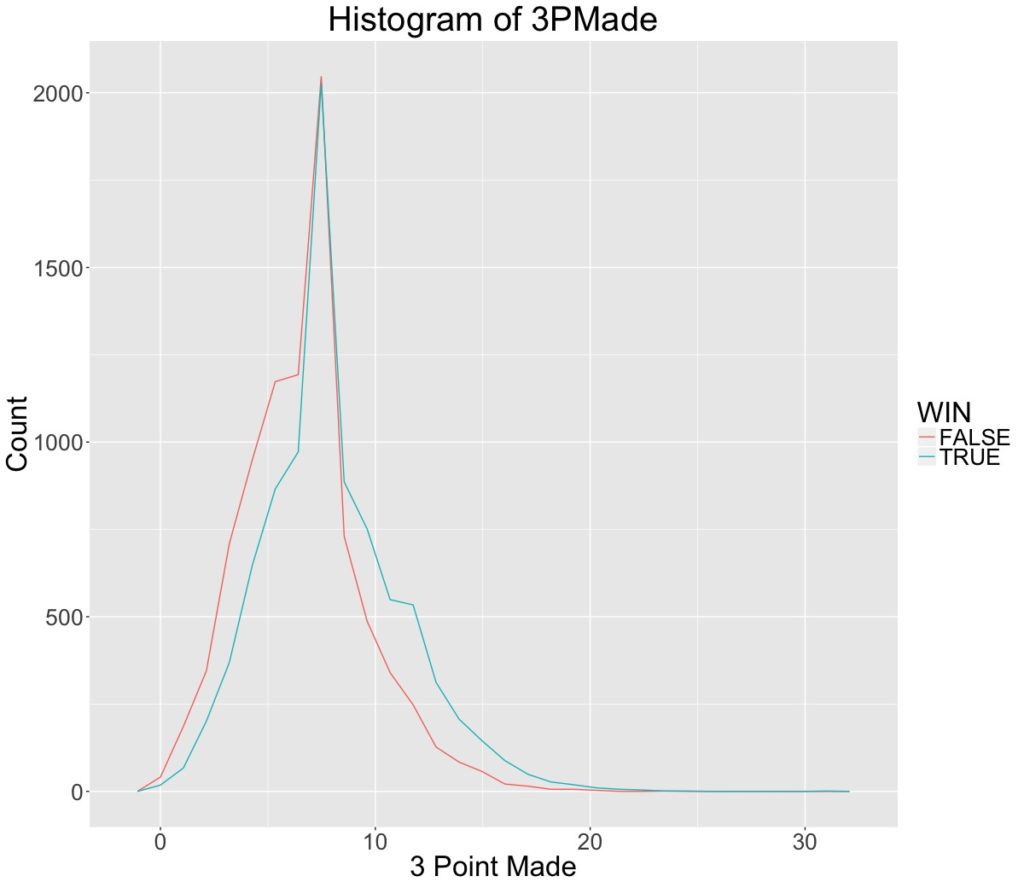 The alternative hypothesis is:

As a reminder, here is the 2-sample t-test equation:

This means that it passed the 95% confidence interval, and we should reject the null hypothesis and accept the alternative hypothesis. And our conclusion for this test is:

Next, I wanted to make good use of the game log data, so I made a time series plot of 3-point attempt on daily basis since the first game in 2010: 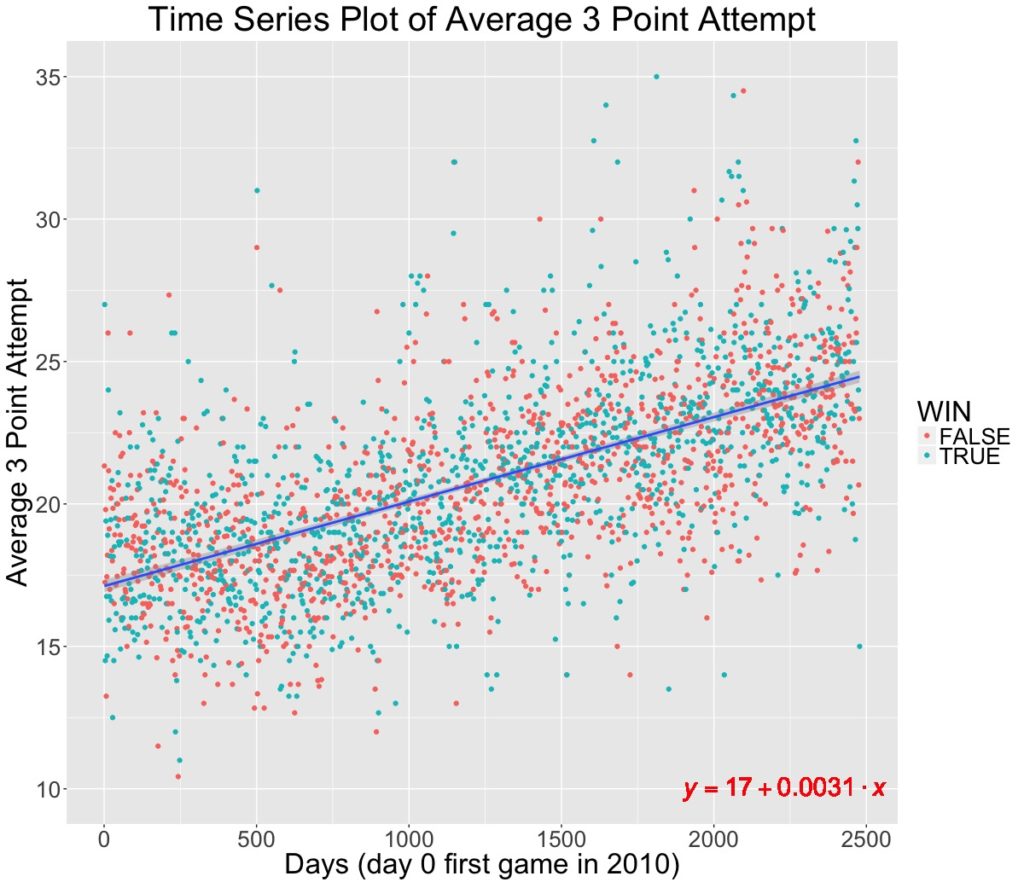 We do see a general increasing trend of 3-point attempt, however the slope of this line is only 0.0031. So the question is, is this trend really going upward? Once again, we use 2-sample t-test to confirm this fact. I compared this year vs. last year, and the null hypothesis is this:

While the alternative hypothesis is:

Only year 2011 vs. 2010 failed the test, while all other years indicate that the years have different amount of 3-point attempt shots. With this result, and the upward slope we observed earlier, we can confidently say

The code of this project can be found in this github link.