The blog post describes a Web Scraping workflow and an R Shiny Application.

MOTIVATION: Webmd.com hosts useful information regarding medical drugs, supplements, pathological conditions, inter alia, aimed at improving public health and awareness. In this blog post I'll discuss and present a simple application that is aimed at providing a consumer with necessary and useful information regarding a specific Vitamin Supplement and/or a pathological condition of interest. Webmd.com hosts much structured data from user/consumer feedback. However, owing to the sheer volume of such vital consumer feedback potential new consumers end up scrolling several of these web pages to be able to make a personal decision about the product which is a time consuming activity. In order to make the search process more easy and convenient for the consumer, I've collected the data from Webmd.com to better summarize the data to help a consumer make better decisions regarding a specific Vitamin Supplement or a pathological condition of interest.

WORK FLOW & QUESTIONS OF INTEREST: I've developed and implemented a simple web scraping approach to collect user feedback pertinent to several of the Vitamin Supplements. Next, I developed an R Shiny application to investigate how consumers can benefit from such consumer feedback. Specifically, the frequency distribution of parameters such as user "Satisfaction" is evaluated with respect to user provided information such as "Gender" and "Age-Group". Also another R Shiny application was developed that offers consumers with the top Vitamin Supplements for consumption for a specific pathological condition.

The code for the Python Spider and the R Shiny apps can be found here: https://github.com/uppulury/webmd 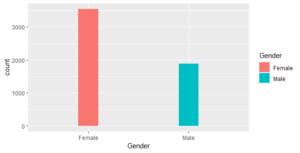 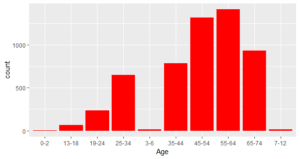 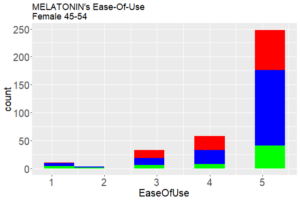 View all posts by Karthik Uppulury >