OK, pop quiz: can you tell me what this is? 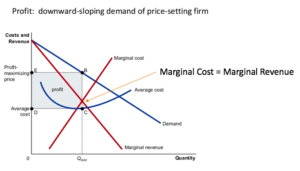 Why yes, it is a data visual representation of how a price setting firm finds the profit maximizing price for their goods! You're very smart. As you remember from college, economic profit is maximized at the point where marginal cost equals marginal revenue.  The basic idea is that as you scale in size and produce more goods, the cost to produce one more good goes up and up until you reach the point where it'll cost as much to produce that good as you would make in revenue from selling it and that is a great time to stop making any more.

Welcome to the digital age.

Digital goods can have high development costs, but after you make the original good, making any additional copies costs you practically nothing.  You don't have to hire factory workers to produce more.  You don't have to pay shipping to get them into retail stores.

So how do you maximize your profit when selling digital goods?

this is the question I sought to answer when I started scraping the Steam store.  In the end, I can't say exactly but I did observe the following strategies:

◦The “app store” for PC games

◦ There are 67 million monthly active players.

They provide over 30 thousand products with over 10 thousand developers and 7 thousand publishers.  They are kind of the go- to company for PC gaming. 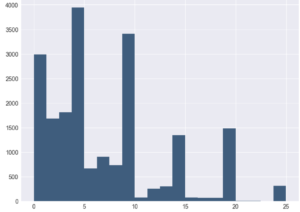 To start out my look into steam and their pricing, I looked at the average price points for their games.  As you can clearly see from this graph, Steam games don't follow a normal distribution. At all. 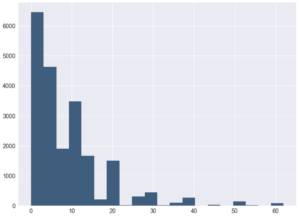 This really drives home how few games are offered at the $40 - 60 price point that most big developers launch their games at. We see that a large portion of the games are available for cheap- the low pricing per unit that I mentioned earlier.  I believe smaller developers do this so that people will be more willing to give their game a try. 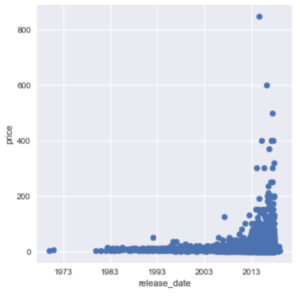 I had expected to see step down pricing on the games- basically that as a game got older, the price of the game would gradually fall; however, here we see that we have quite a few outliers on both ends of the graph.  A little research revealed that most of the points in the 1970's through 90's were movies, including the gem that is Arnold Schwarzenegger's Hercules in New York.

The most expensive goods tended to be software, although that one at the $850 price point is actually a flight simulator.  disappointingly, while we do see prices go down as the release date goes back, we also see that there are points all the way under the curve.   To figure out what's going on, I took a closer look at two major developer's releases and two more major  indie developer releases. 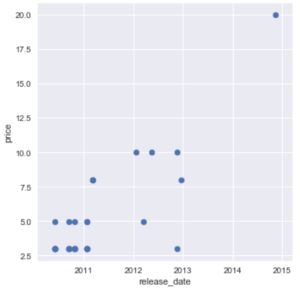 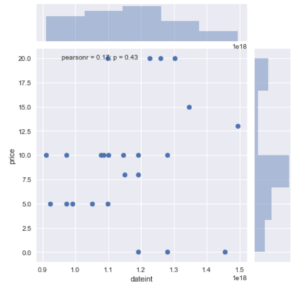 Release date vs price follows my expected distribution except for a couple outliers on valve( the 3 at zero dollars) and a couple points on SEGA(the 2013 at about 3 dollars). As it turns out, the SEGA games are all (with the exception of the 2015 game) just re-releases of old nostalgic filled games, like Streets of Rage, Sonic the Hedgehog, and many many others, which is why the price point is so low- they already made back their money when they released it on console, and now they're just getting a little bit more off the nostalgia of that generation.

Valve's outliers are actually free to play games that rely heavily on multiplayer aspects to continue to be playable- Team Fortress 2 and Alien Swarm. outside of that though the step down pricing holds true, with older games tending to be available at lower prices. 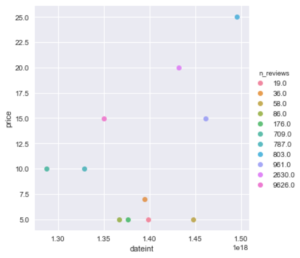 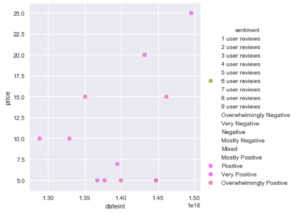 So why do these companies reduce their game's price as time goes on?

They make more money.  As they reduce their price, more people who were unwilling to pay the higher price are more likely to buy it at the new price.  Since the marginal cost of that extra unit is so low, there's really no reason for them not to keep driving the price lower to keep selling more copies.  And Steam has this gift for making products seem so cheap that you'd feel like you'd be fiscally irresponsible to NOT buy them. In the immortal words of the internet: 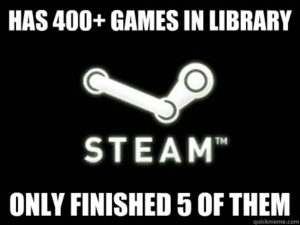